Hassell has designed a 17-storey hotel in Parramatta on a site neighbouring the under-construction Western Sydney Stadium, and nearby the Parramatta Park and a UNESCO World Heritage site.

Plans for the hotel are on public display as part of a State Significant Development application before the NSW planning minister.

The proposed Parramatta Leagues Club Hotel would be located to the north of the under-construction Western Sydney Stadium, which is designed by Populous and is due to open in 2019.

The site, on the corner of Eels Place and O’Connell Street, is close to a range of heritage sites, including Parramatta Park and Old Government House to the south and west. Old Government House is one of 11 sites around Australia that collectively form the Australian Convict Sites listing on the UNESCO World Heritage Register.

The hotel would occupy a triangular footprint between the existing Leagues Club building and a recently completed, multi-storey carpark. It would contain 209 rooms, a pool, conference facilities, a gym and a garden terrace with a bar.

A design report attached to the application said the hotel would “be an entrance to Parramatta Park,” “form a transition between the Parramatta CBD” and “create better foreshore connections to the north and east, as part of a continuous foreshore pedestrian and cycle networks.”

A 1935 brick gatehouse that is part of the Heritage and Conservation Register of the Parramatta Park Trust neighbours the proposed hotel site and would be retained. A 1996 Heritage Development Plan determined that the gatehouse was individually “unremarkable” in terms of heritage value but as one of six gatehouses is significant in contributing to the broader heritage fabric of Parramatta Park.

A heritage impact analysis prepared by Purcell for the hotel’s proponents said, “On balance this assessment concludes that the proposed hotel development does not present a significant impact to the values of the adjacent significant items, while noting the impacts to the context and setting of the Ross Street Gatehouse which is considered to be substantially compromised in its current presentation.”

To the north of the site is the national heritage-listed Parramatta Female Factory and Institutions Precinct and the state heritage-listed Cumberland District Hospital. Both sites are part of a 30-hectare area slated for a $310 million redevelopment. In November 2018, the state government announced it would partner with the University of Sydney over the development of a new campus in the precinct.

The proposed Parramatta Leagues Club Hotel is on exhibition for public submissions are until 22 February. 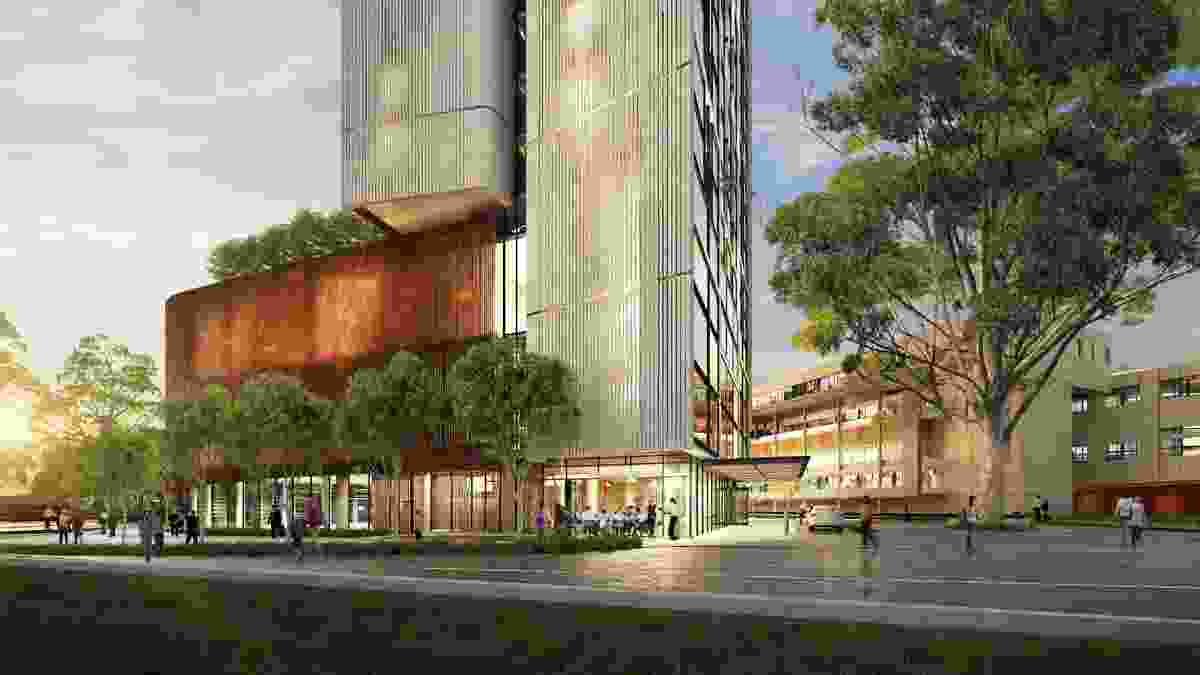