Following a years-long redevelopment, the State Library of Victoria has been fully reopened to the public.

Designed by Architectus and Danish architects Schmidt Hammer Lassen, the project has created a variety of new public spaces, in part by rehabilitating parts of the building that have been closed for decades. The total amount of floorspace available to the public has increased by 40 percent, with a 70 percent boost in seating.

The first stage of the $88.1 million redevelopment program, which focused on the eastern part of the complex facing Russell Street, opened on 21 September 2018. The second stage, the Swanston Street end, transformed the main ground floor Quad and refurbished the historic Queen’s Reading Room.

Ruth Wilson, Architectus principal and Melbourne studio leader, said the role of the design team was “to familiarize ourselves with its intricacies, consulting with different groups of Victorians so that the final design reflected the desires of the community, and could pay homage to the historical significance of every part of the landmark site.”

A primary question for the architects was what to do with the complex nature of the library, which comprises 23 distinct buildings, additions and extensions of different eras and styles.

The response was to highlight this historical texture by peeling back and revealing the layers of additions, which is clearly seen in in the four “activity courtyards” that surround the quad: the Conversation Quarter – for lectures, conferences and workshops; Ideas Quarter – a co-working space; the Create Quarter – a collaborative space for schools and other groups; and the Children’s Quarter, all of which are located of what were visually confusing interstitial spaces between buildings.

A highlight of the redevelopment is the Ian Potter Queen’s Hall (the refurbished Queen’s Reading Room), which has been closed for 16 years but is the library’s original and oldest reading room, constructed in 1856.

Another element of the project was in returning a sense of public ownership to the building, with the Swanston Street entrance a particular focus. The new foyer, which connects to the new Quad and the Queen’s Hall and Reading Room by the reopened stairwell, is now a sweeping, generous space.

“For the fourth-most popular library in the world, the building just didn’t have enough spaces,” said Architectus principal John Sprunt. “When you walked in the front door you were shunted around to the sides, it felt like you shouldn’t be there.”

Elif Tinaztepe, partner at Schmidt Hammer Lassen, added, “When you walk in, it’s your place. I think that sense of ownership is important – the minute you enter you understand that you’ve arrived at the library and it’s yours.”

A rehabilitated staircase, that has also been reopened, now connects the hall, the famous La Trobe Reading Room and the new foyer. In this space a new code-compliant stairway and balustrades have been placed on top of the original marble stair, allowing visitors to safely enjoy the grand original, which remains visible.

In a statement, State Library CEO Kate Torney said, “When we set out to renew our Library, we knew it would require both world leading expertise in reimagining what a library could be, and local insight into what Victorians want and need.”

“These are some of the best designers of public library buildings in the world and their work at State Library Victoria adds to the legacy of great design that has built the Library over 163 years. Their work ensures we can continue to respond to the changing needs of our vibrant and diverse community giving the people of Victoria a library for the future.” 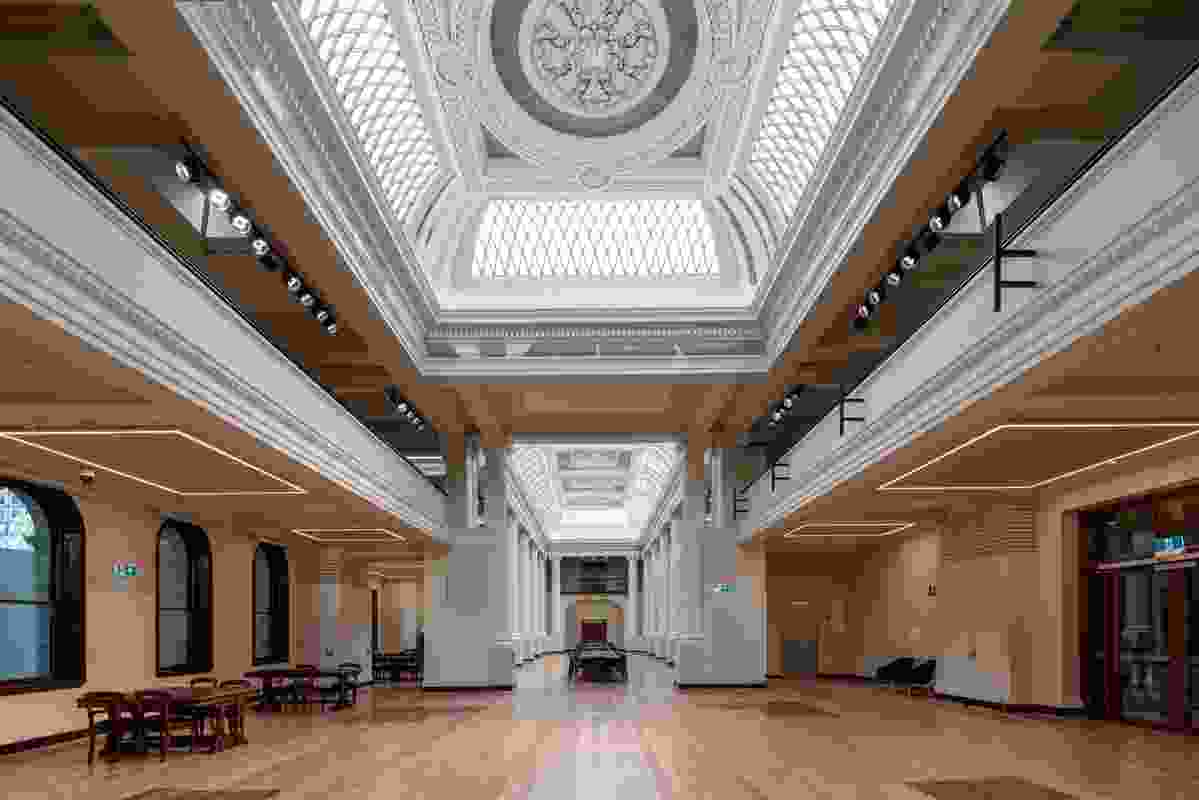 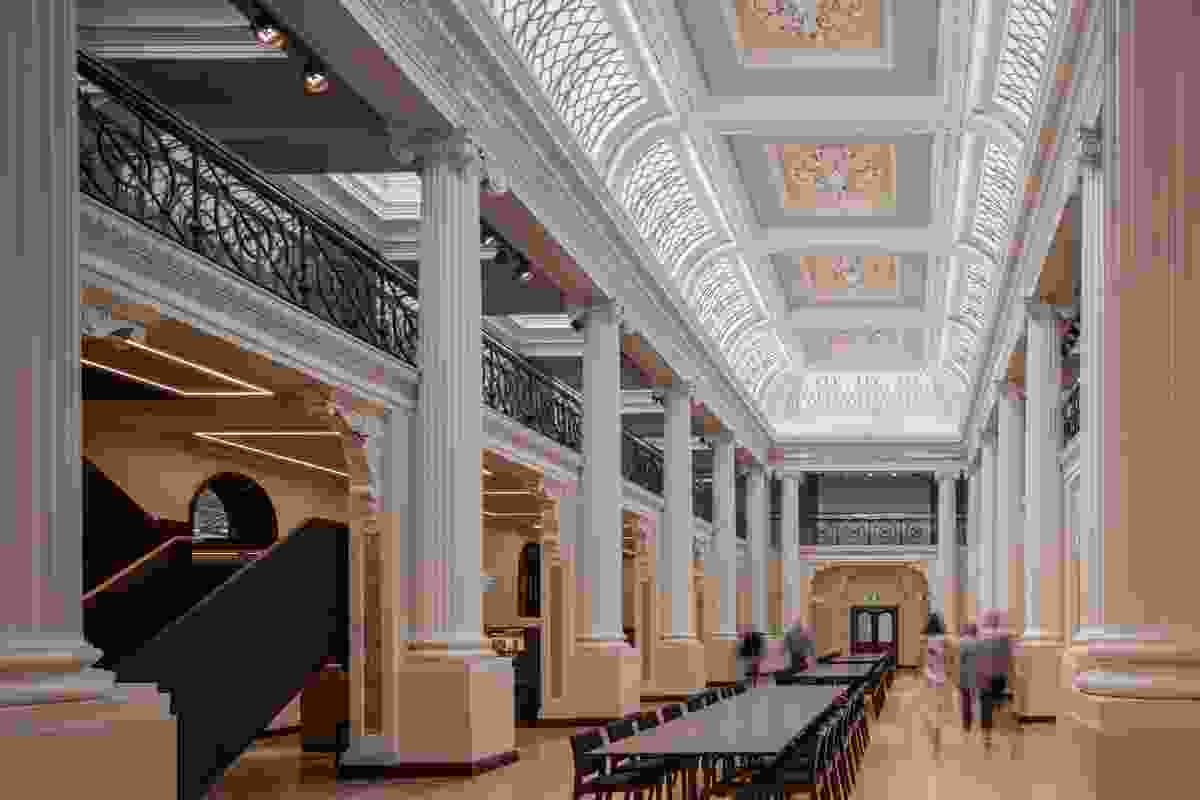 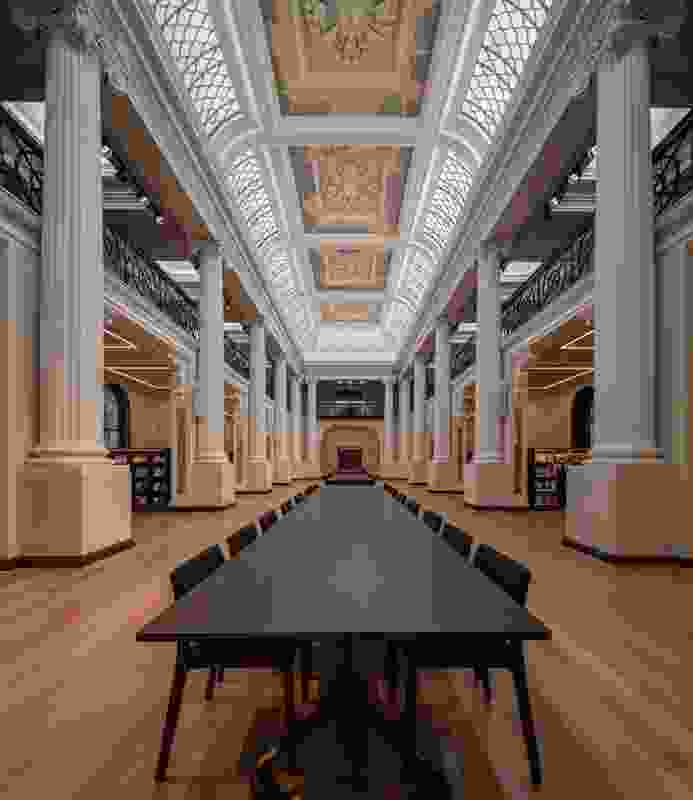 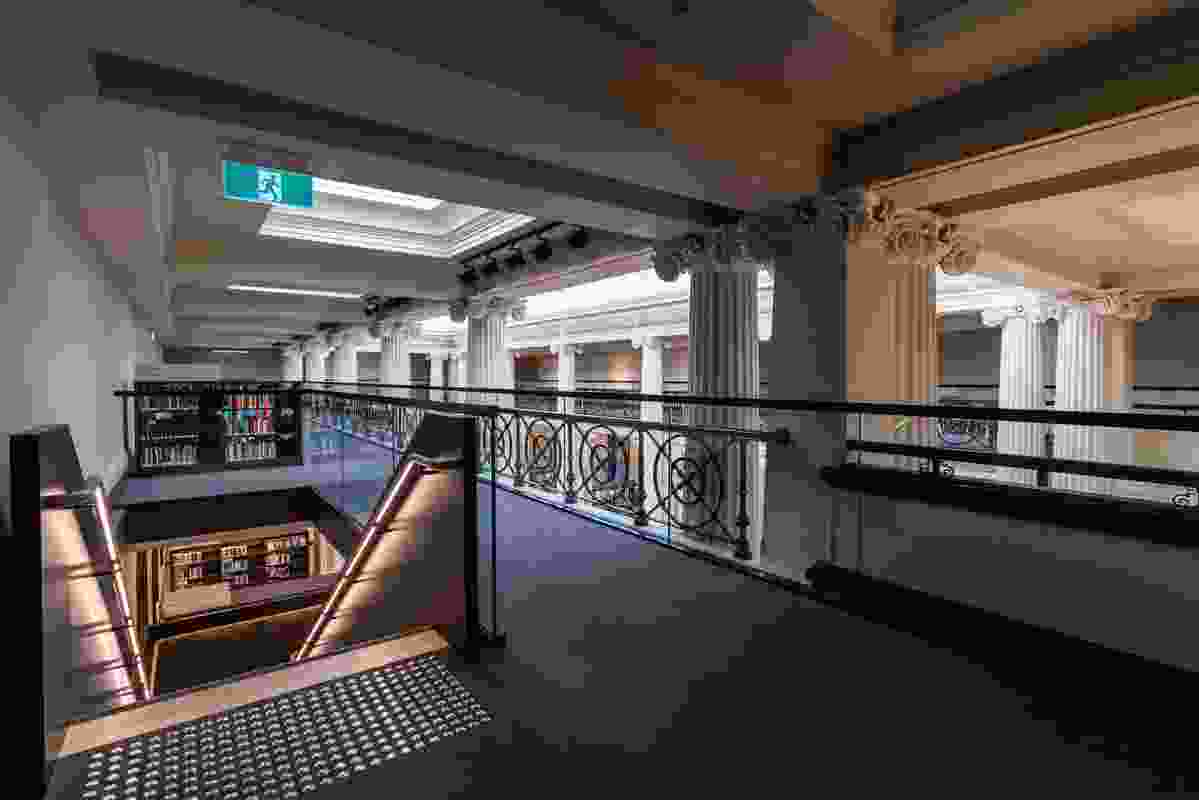 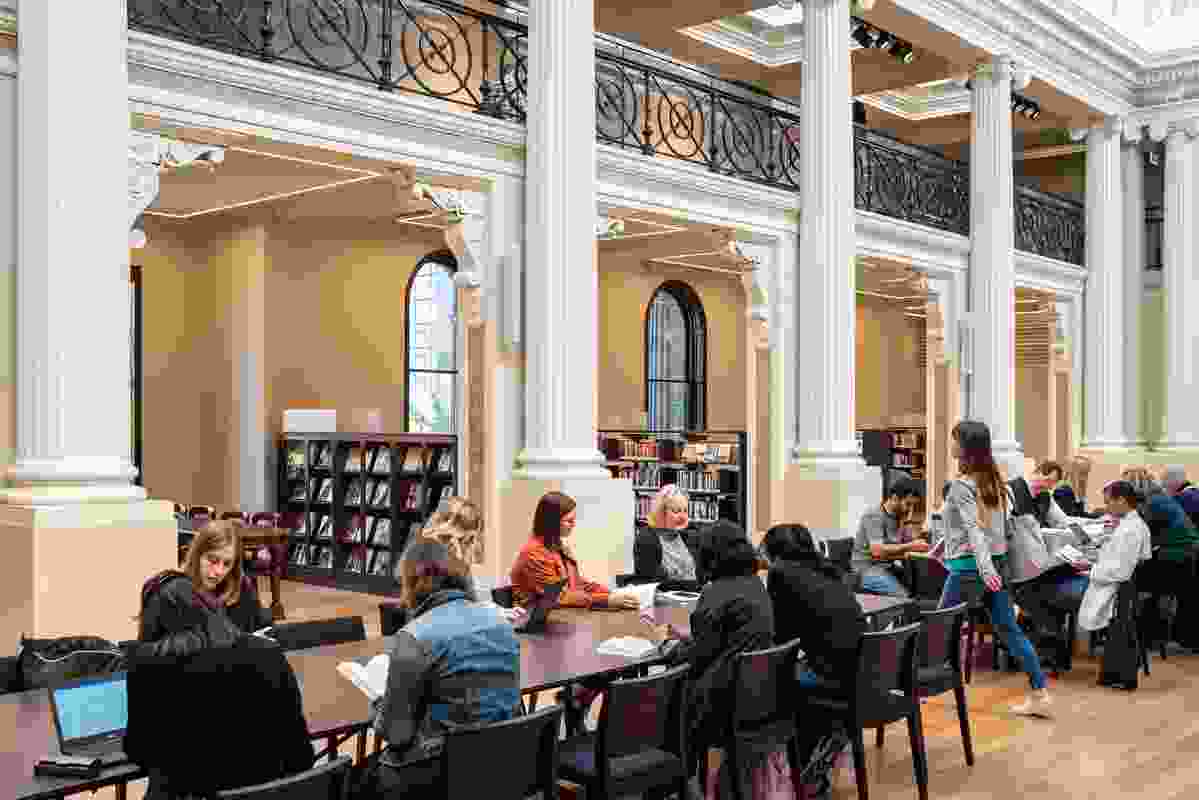 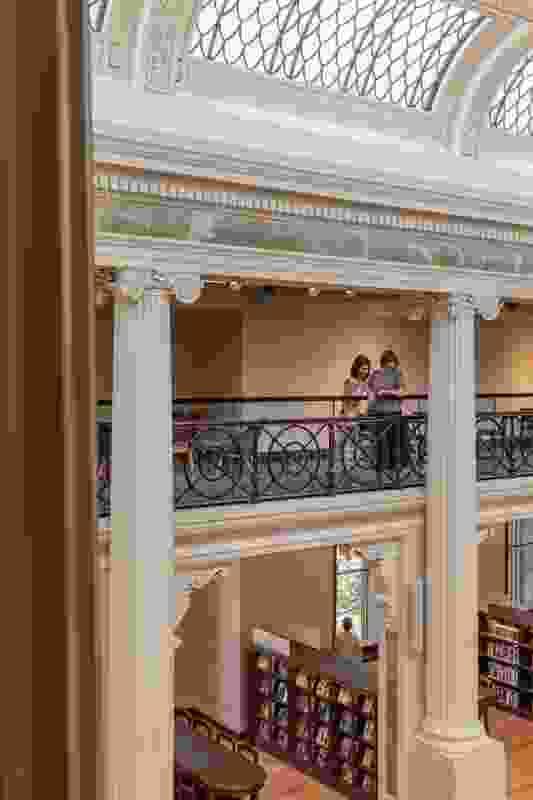 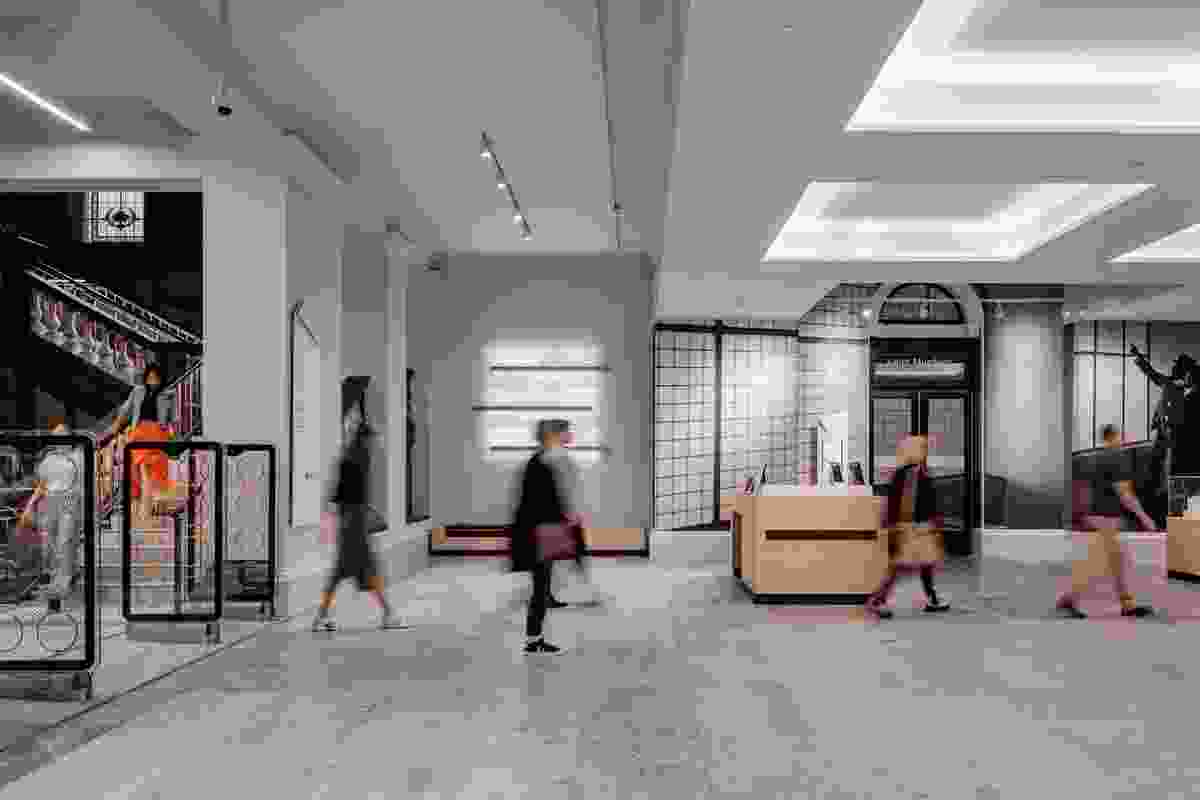 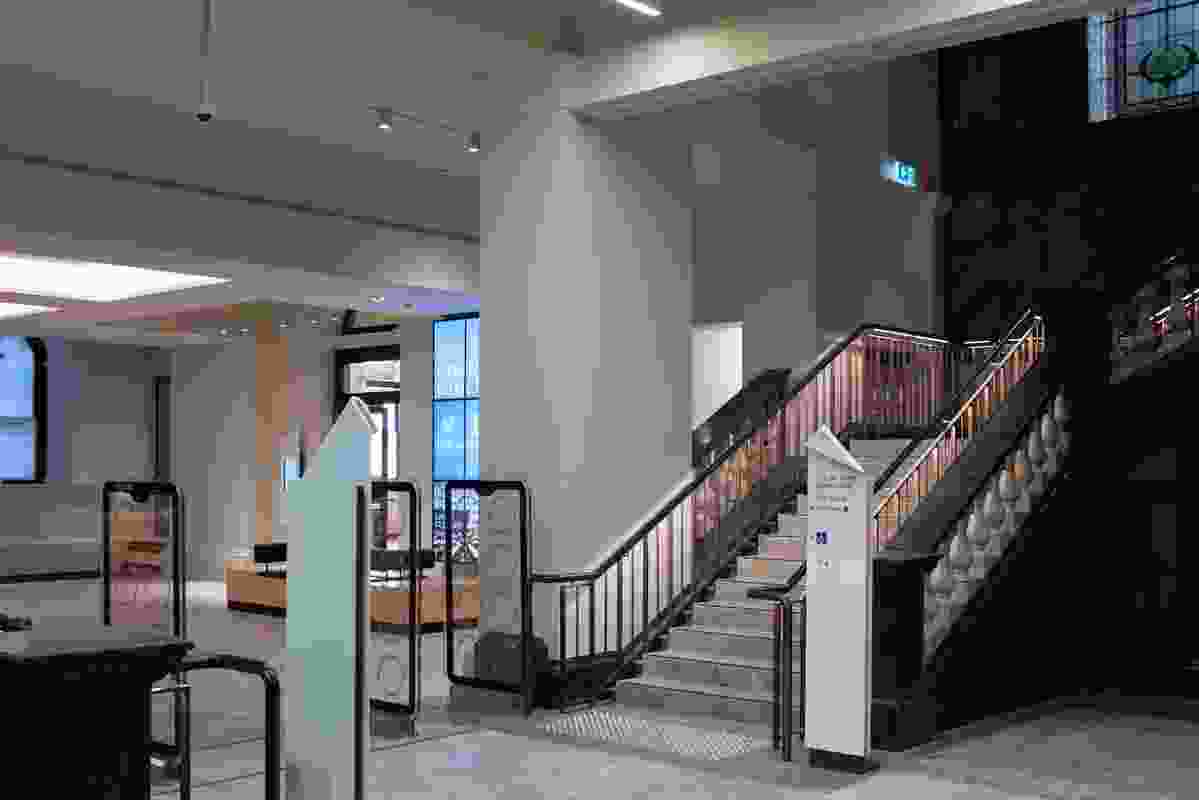 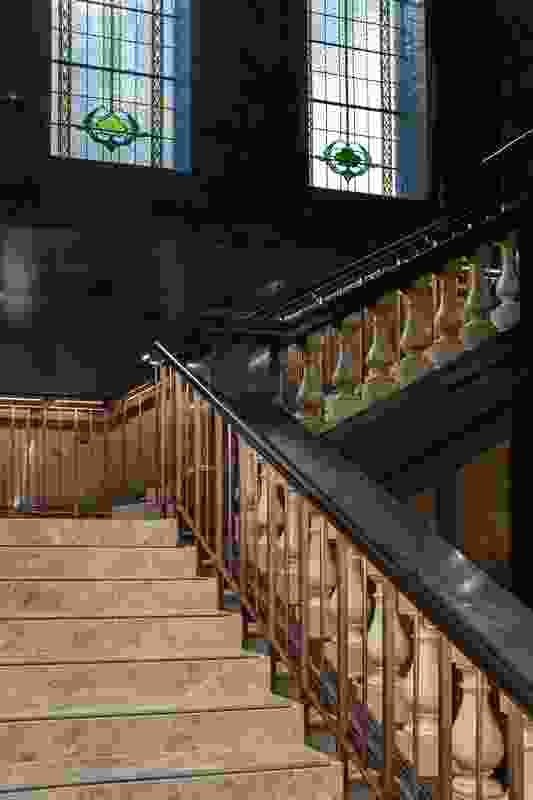 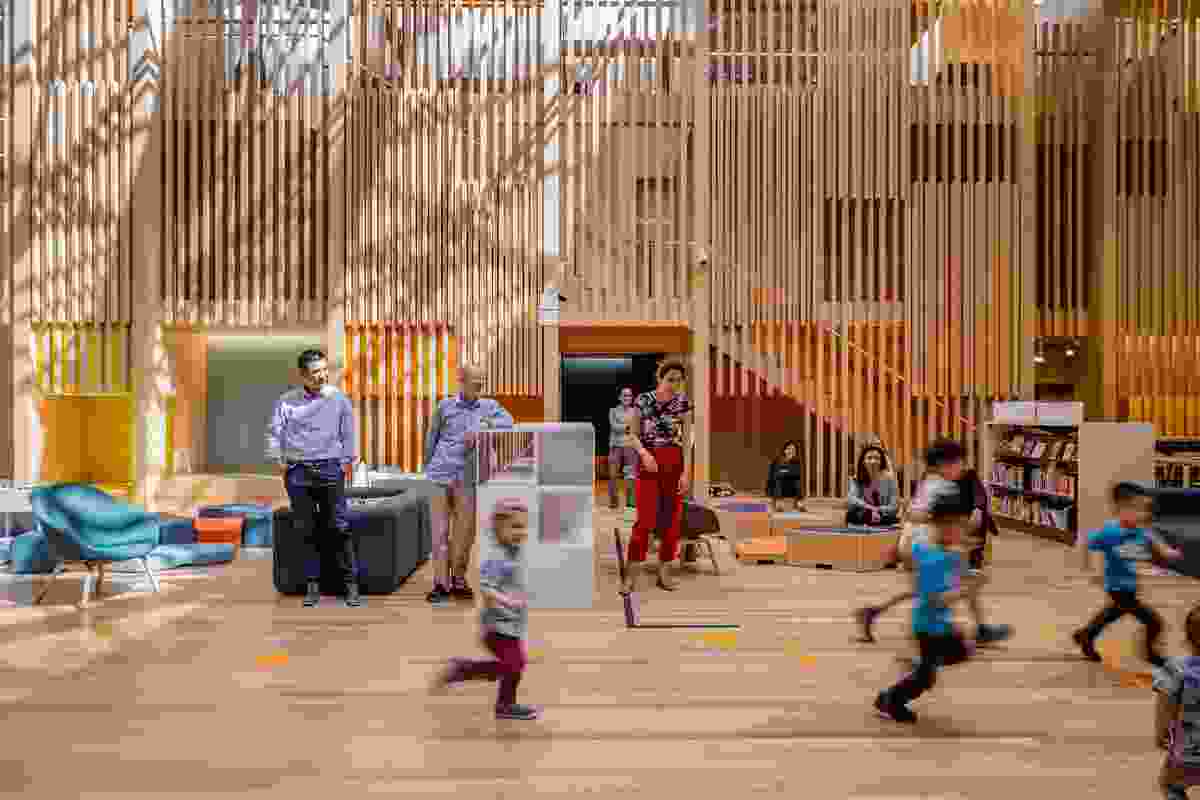 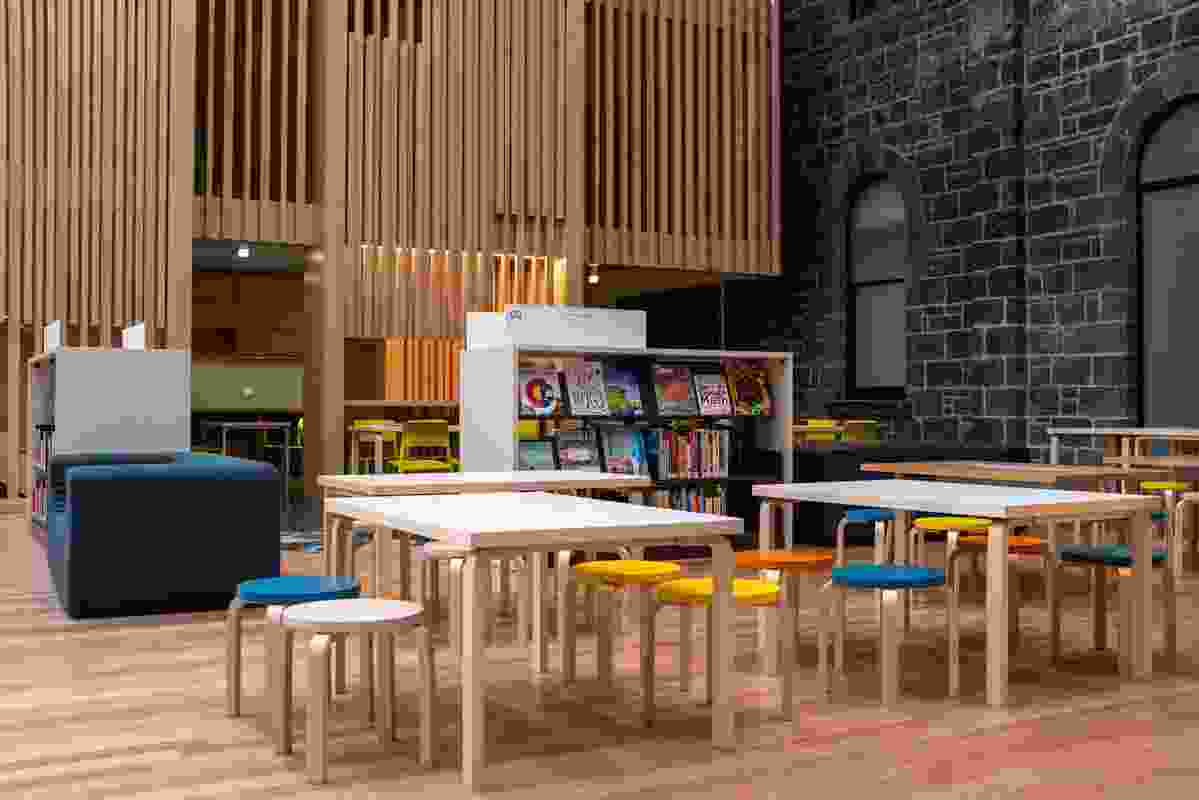 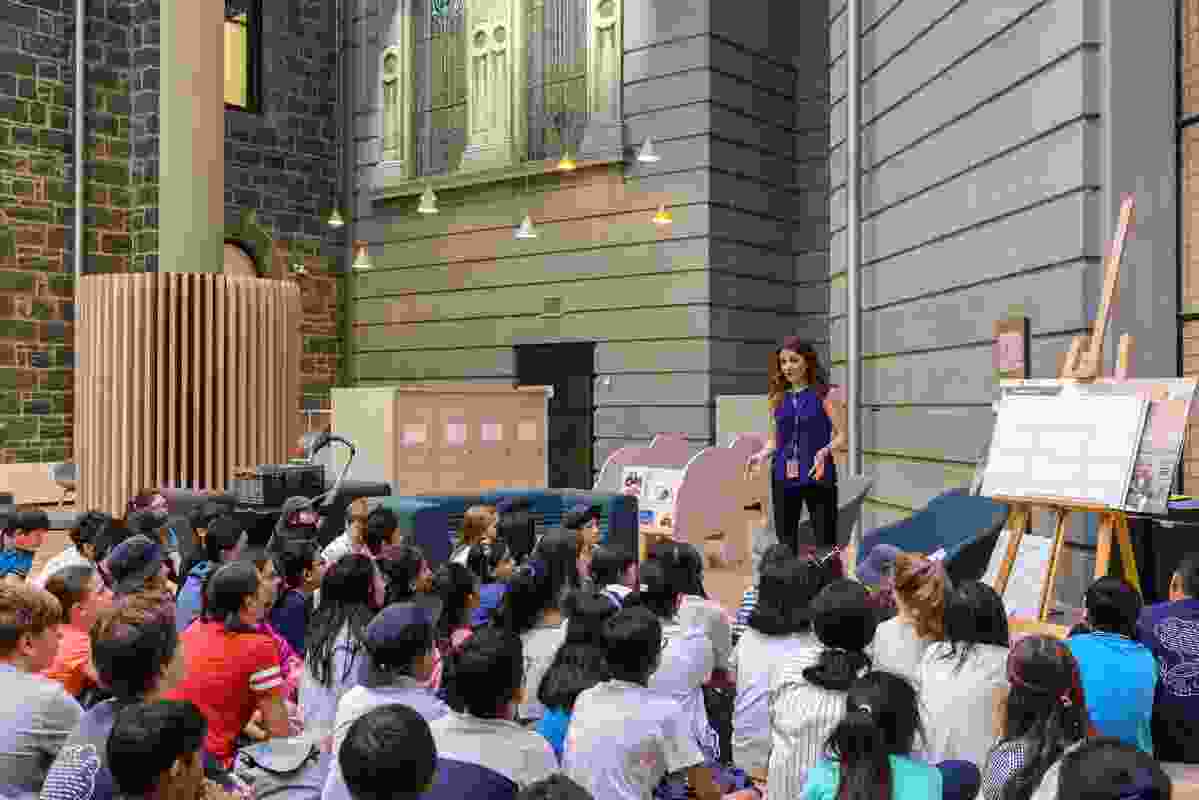 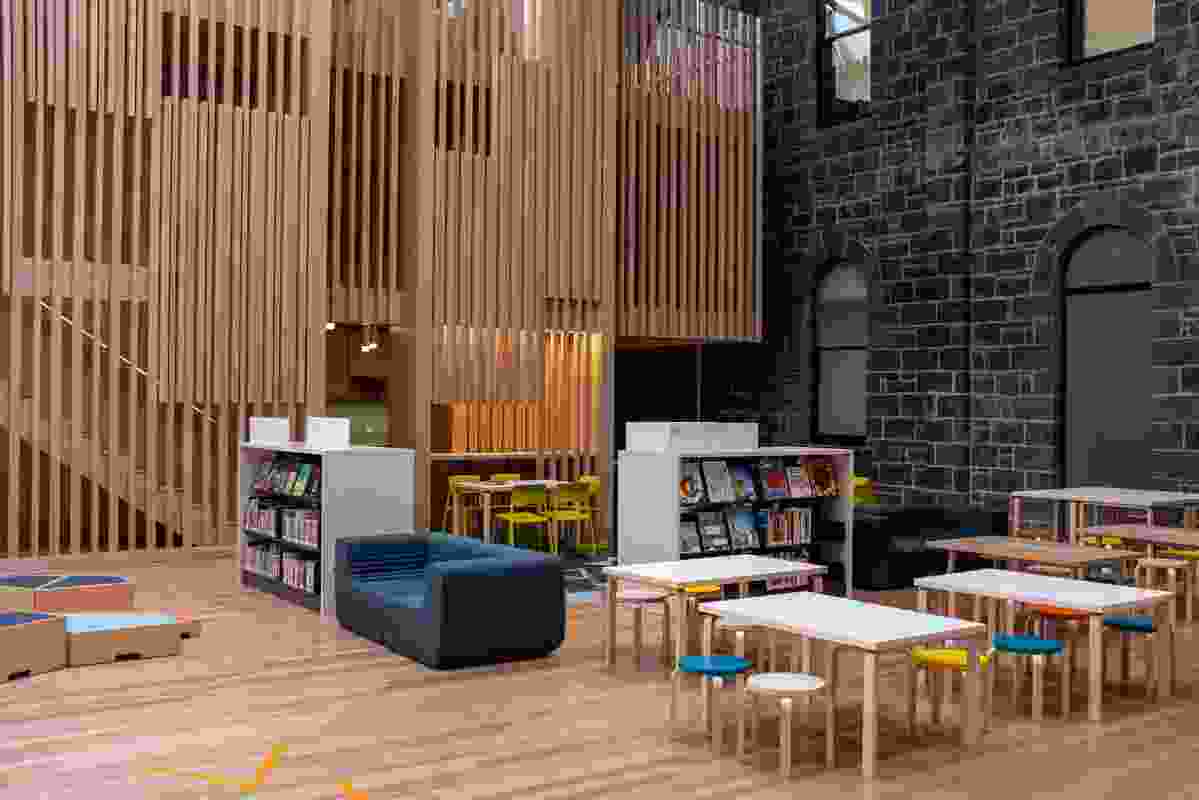 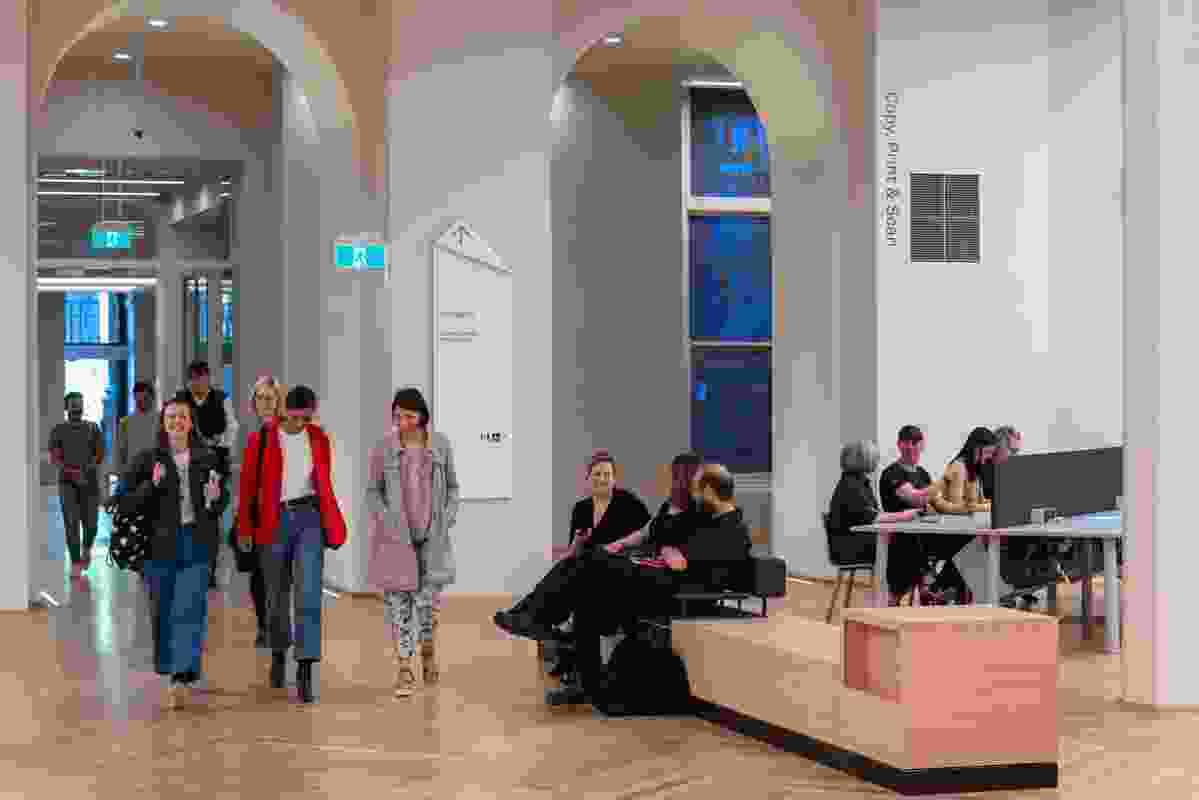 The Quad by Architectus and Schmidt Hammer Lassen. 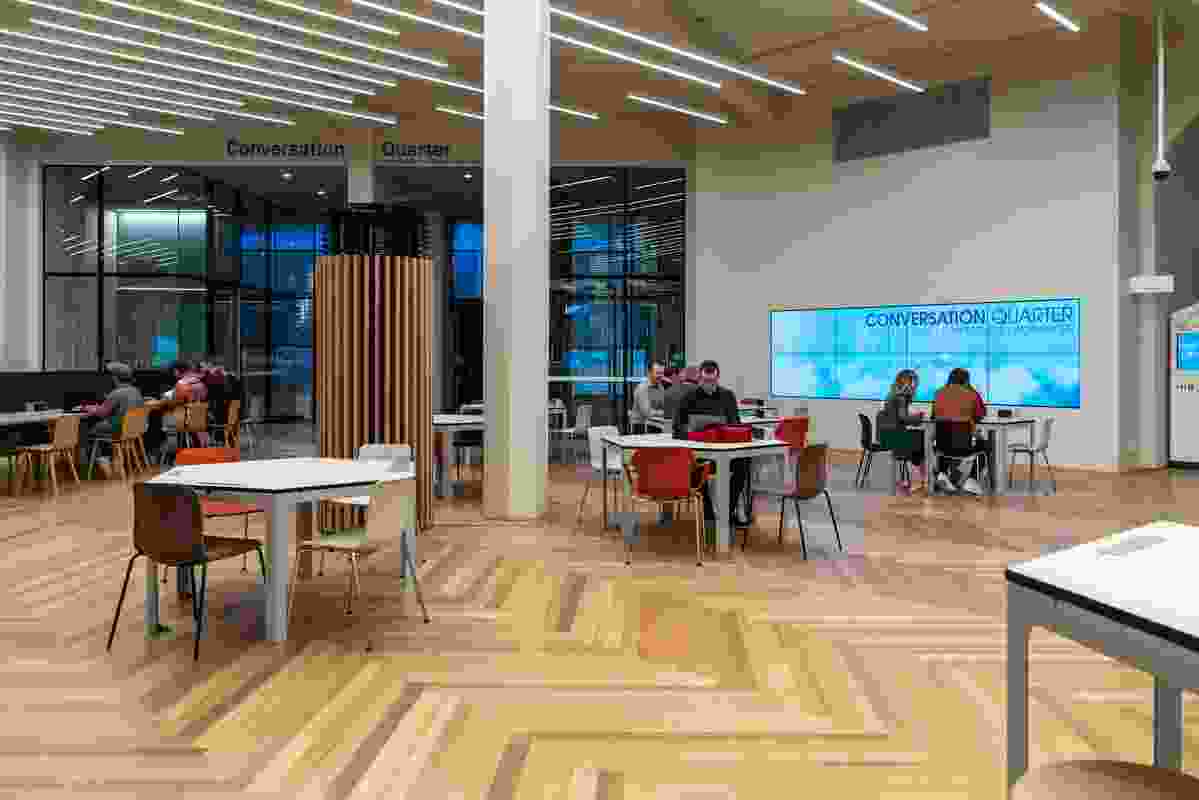 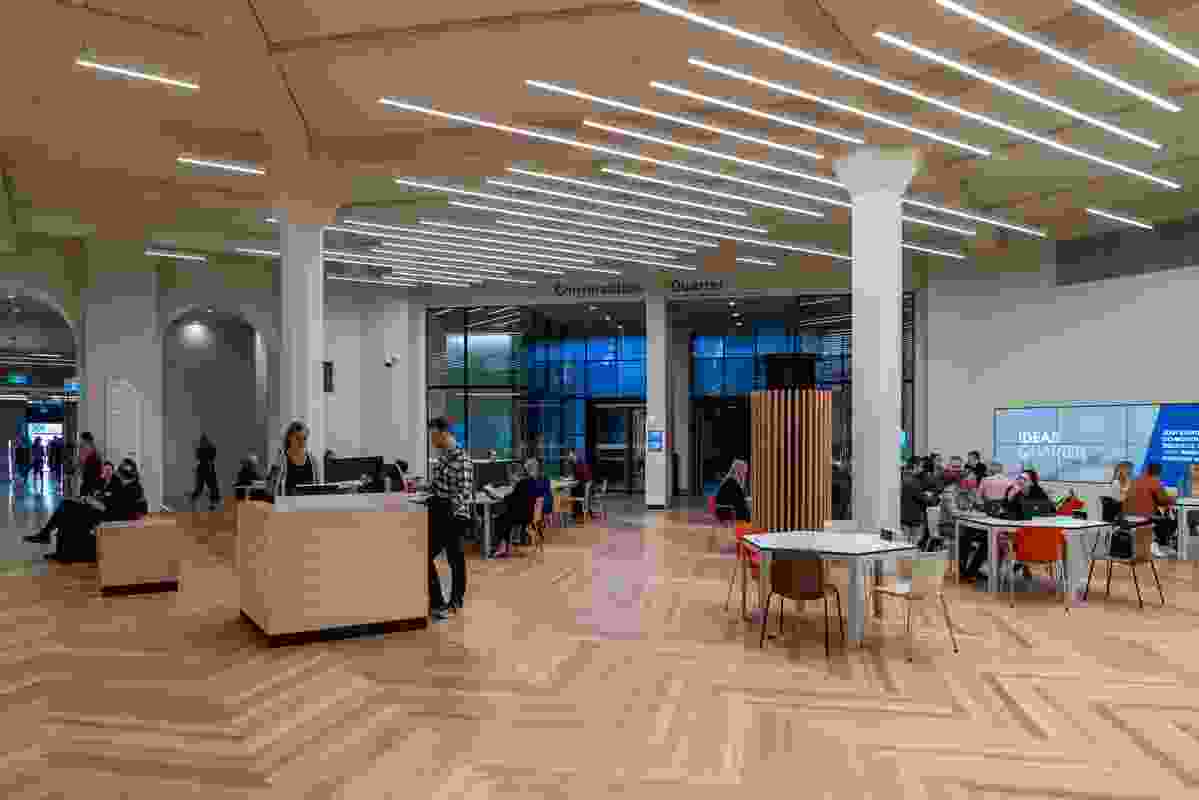 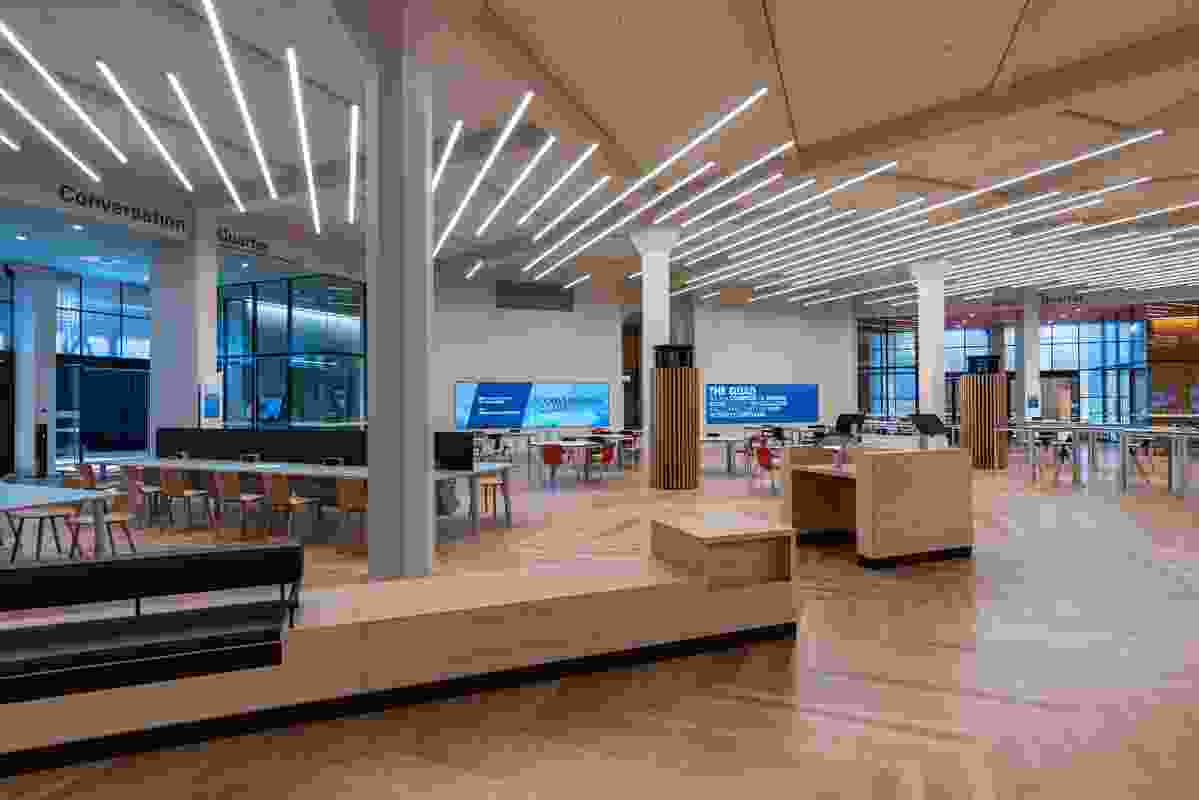 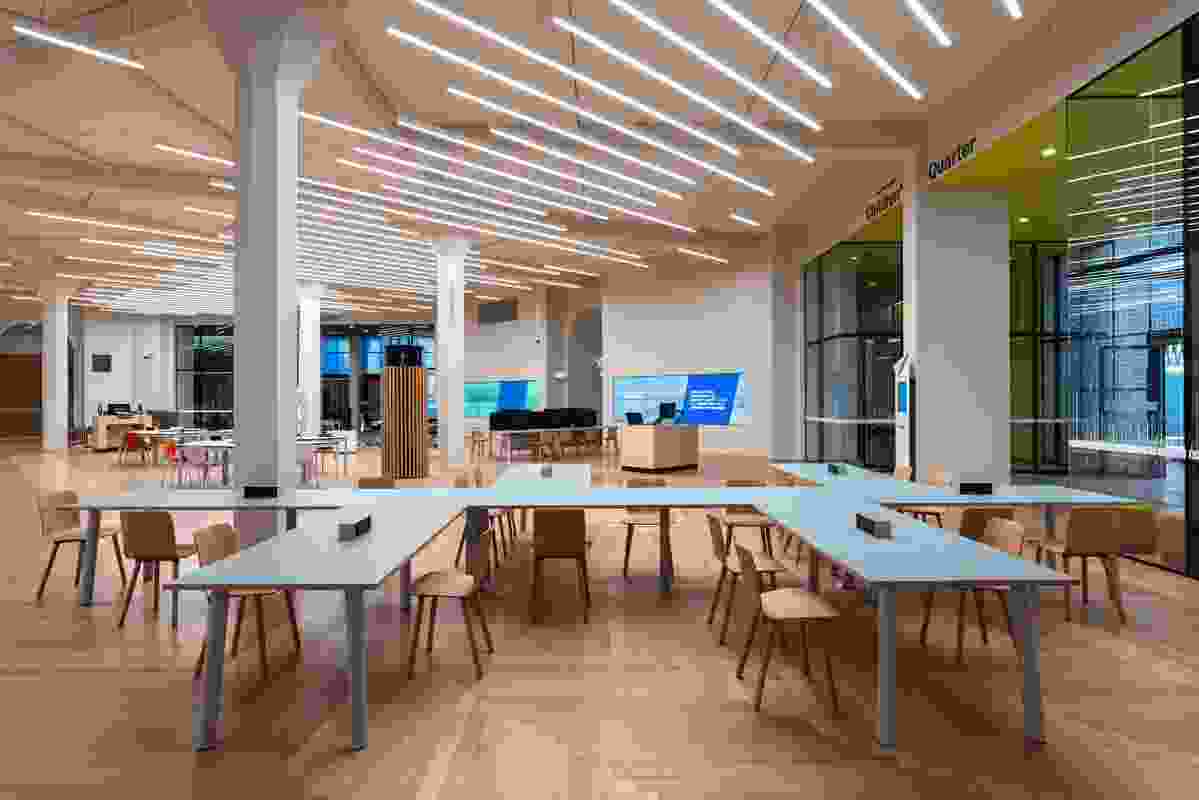