Folk Architects' addition to a terrace in Melbourne’s inner-north stretches the limits of its compact site to create a pragmatic and surprising family home.

Storybook House inspires a childlike delight with its playful details, including secret compartments and an arched entry to the living room. Artwork: Sally Smart.

Internally, the space is dotted with playful details: the arched entry to the living room, the graphic outline of the asymmetrical rangehood, the peach terrazzo tiles in the bathroom and the olive-green upholstery lining the banquette sofa. These materials and details inspire a childlike delight.

The house is also riddled with trap doors and secret compartments. Clothes lines and ironing boards emerge from behind tiny doors, each element unfolding like a rabbit out of a hat. The projector is tucked between exposed floor joists, appearing to magically illuminate the opposite wall from its secret location. A trapdoor in the wardrobe leads to the laundry chute, which doglegs its way to the laundry below, like a secret passageway known only to the owners.

While the secret tricks are novel, they are a response to the brief rather than mere gimmicks. As with all terrace house extensions, the challenge was to find ways to elbow as much space, storage and function as possible between the two long party walls while also working within the multitude of planning constraints that bind the site. The trap doors allow functions to be stacked vertically, slotting in neatly together like Tetris blocks.

Exploiting the vertical section was critical to fitting all the pieces of the brief onto the site. For example, the head clearance over the stair is so tight that the architects took a bite out of the first floor structure, notching space out of the base of the bathroom vanity above. And on the floor below, the fridge and parts of the kitchen are tucked in under the stair. Every inch of space has been maximized to offer the owners as much storage and functionality as possible.

Aside from the stacking of pragmatic function, the house has been designed to maximize the visual perception of volume. For a space that reads as very compact in plan, it is surprisingly spacious.

For example, the main bedroom on the first floor is connected to the mezzanine study. The two spaces are divided by sliding doors, which, when open, allow the main bedroom to “steal” space from not only the study, but also the void space over the kitchen. The same works in reverse. The kitchen and dining area are able to snatch a bit of space and volume from the void beside the mezzanine. The first floor structure is left exposed, further maximizing the ceiling height on the ground floor.

In the open living space, much of the furniture is built in, including the sofa and the dining table. These fixed joinery pieces can be pinned to the space’s perimeter, offering more space efficiency than loose furniture, which would require a bit more breathing room. This helps the space to feel open and uncluttered.

The sense of openness is not only achieved through efficient planning and manipulation of the section, but also by chasing opportunities to bring daylight and fresh air into the space wherever possible. Both the open living space and upper floor benefit from multiple sources of natural light.

A courtyard is located in the centre of the plan, providing daylight to the ground floor bathroom. Full height glazing and a glass door allow light and fresh air to saturate the bathroom. The densely planted courtyard also creates a lush outlook down the axis of the stair, spilling light through the stairwell and obliquely into the living room. The daylight and outlook from this courtyard provide a significant sense of relief from the pressures of the long party walls.

Upstairs, the skylight opposite the mezzanine study offers views out to the treetops and also draws daylight to the study, bedroom and down the void to the kitchen.

A north-facing terrace off the main bedroom, slung between the new and existing built forms, gives the main bedroom direct northern light, as well as spilling ambient light across the mezzanine and down through the void. A low-level window along the side of the terrace acts as a highlight window to the hallway below, injecting light into the threshold where new meets old. This exacerbates the shift from the dark and enclosed existing house to the openness of the cleverly resolved rear extension.

Storybook House has the ability to charm with its playful trap doors and gingerbread-like form, but the home’s real magic is its ability to stretch a very compact site using efficient planning and daylight as key tools. The result is a functional, hardworking home with a surprising sense of spaciousness.

Lighting
All lighting by Sphera 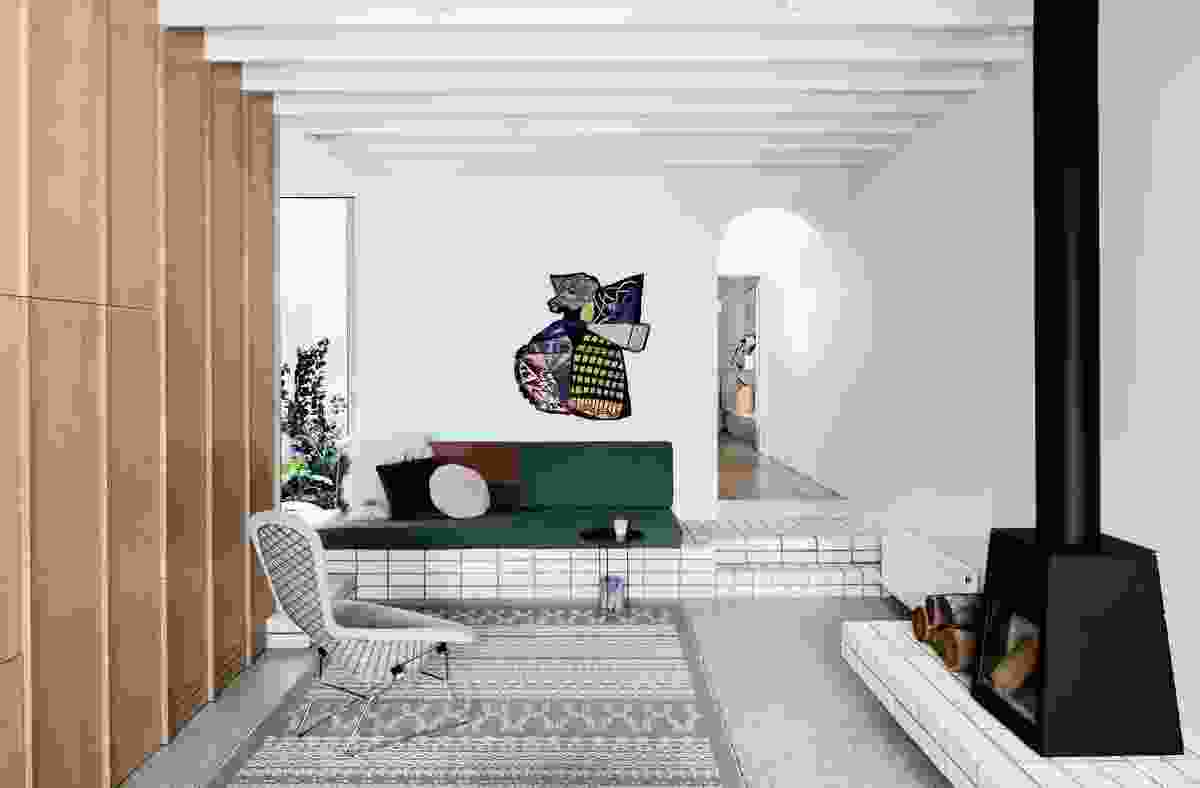 Storybook House inspires a childlike delight with its playful details, including secret compartments and an arched entry to the living room. Artwork: Sally Smart. 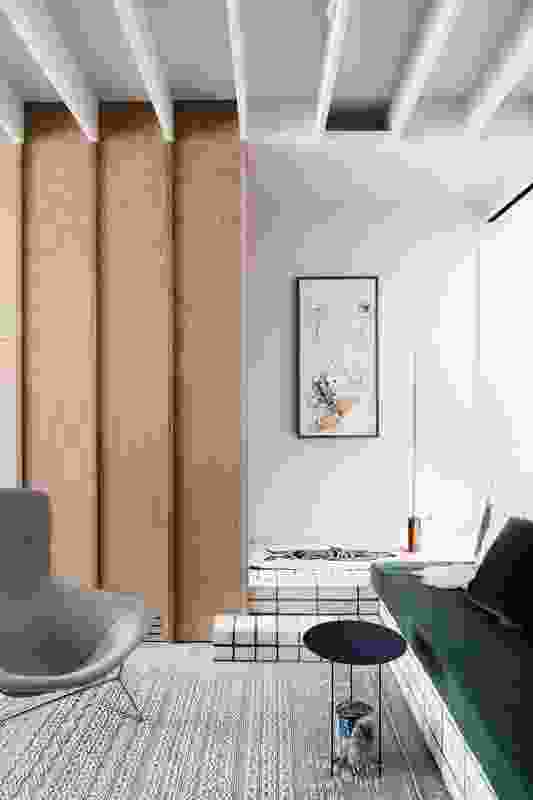 Fixed furniture pieces and joinery are pinned to the edges of the open living area, giving the compact plan a sense of spaciousness. Artwork: Michael Georgetti and Kieren William Seymour. 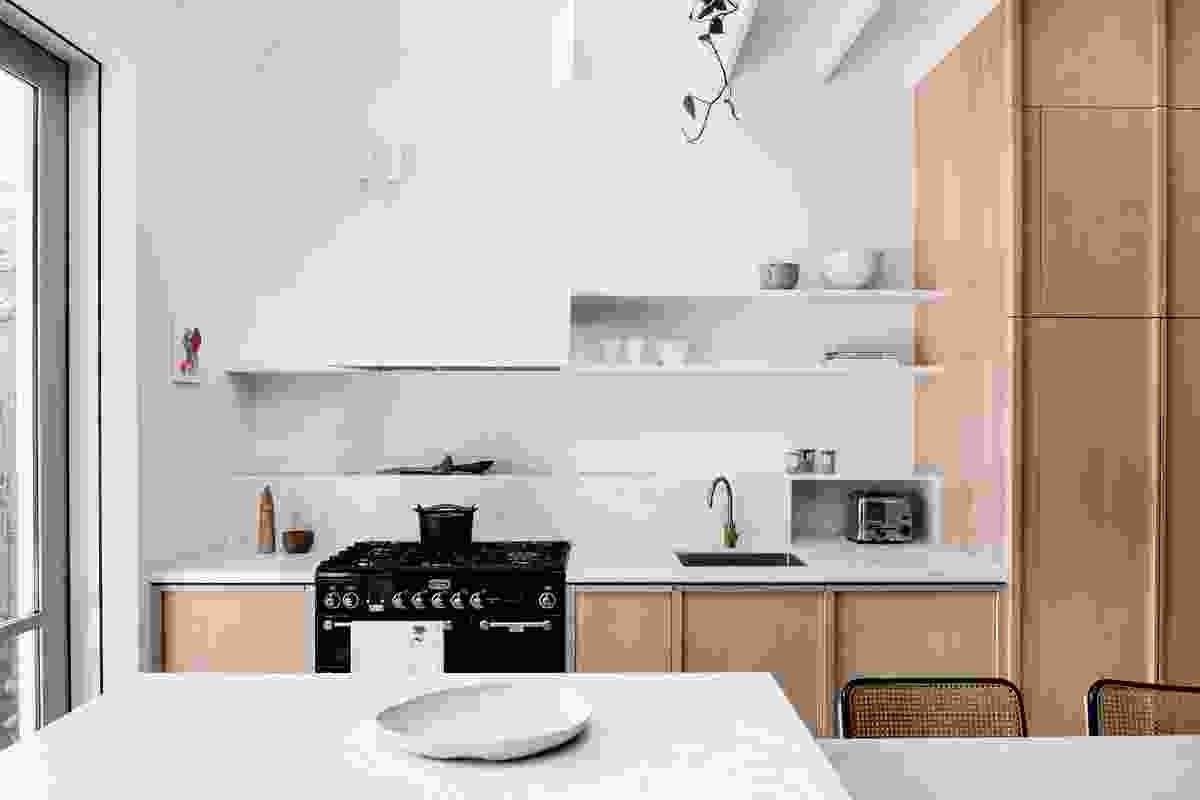 The kitchen is tucked beneath the stair, one of several tactics employed by the architects to maximize space. Artwork: Michael Georgetti. 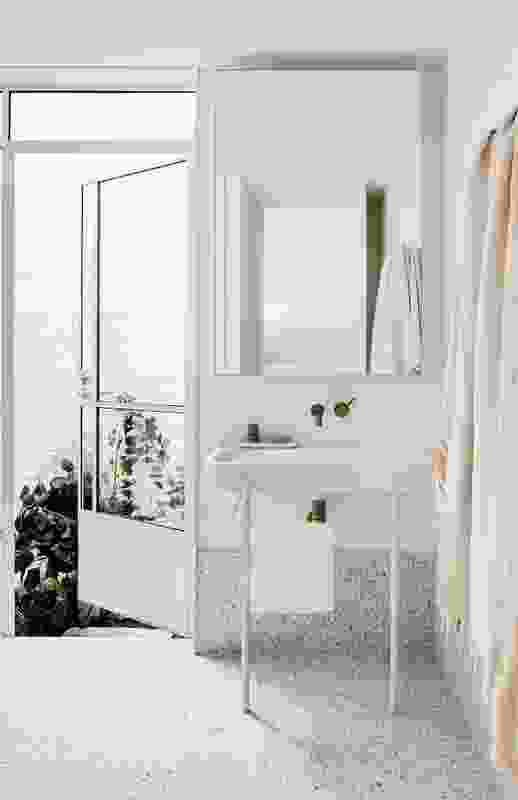 A densely planted courtyard provides daylight to the ground-floor bathroom through full-height glazing and a glass door. 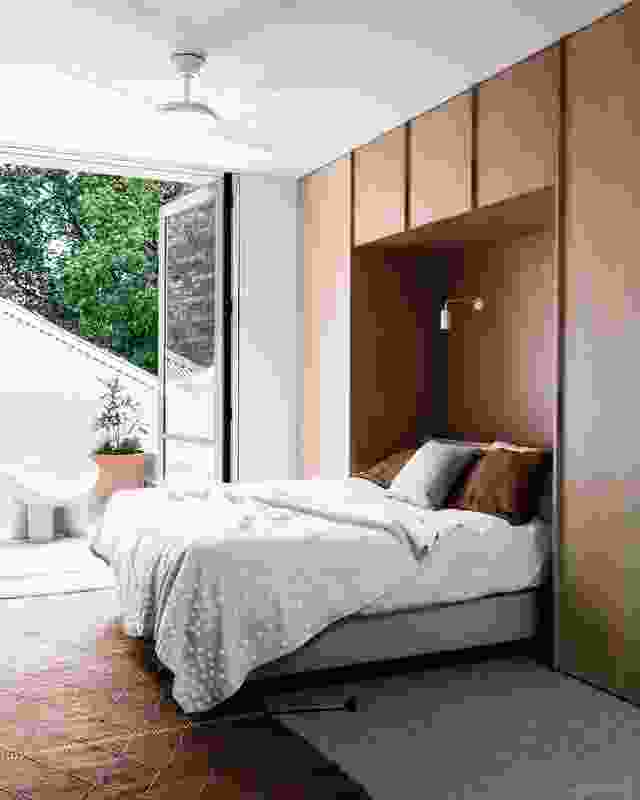 Off the main bedroom, a north-facing terrace is slung between the home’s new and existing built forms. 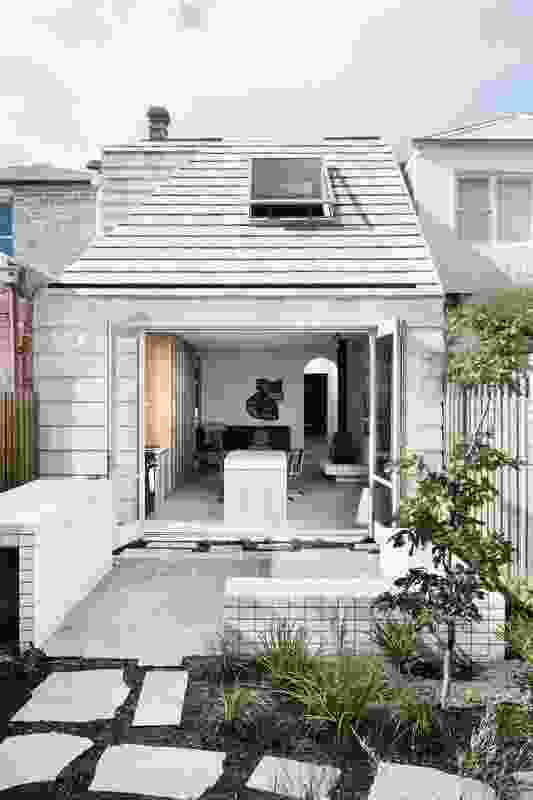