Image: University of the Arts London

For many students of architecture, the transition between the idealism of the design studio and the reality of practice is often a discomforting process. One quickly realizes that it is a profession whose outcomes are largely dependent on clients, politicians, builders and, project managers and “design” is a euphemism for making commercial interests, and “ethics” is often compromised to sustain the bottom line.

According to professor Jeremy Till (pro-vice-chancellor of Central Saint Martins, University of the Arts, London), to face up to architecture’s external forces is “to stare into the mirror of one’s fragility, to see one’s shared impotence at the wheel of the juggernaut.”

The inner workings of the university machine are often shrouded in mystery. Amanda Sun, University of Sydney Master of Architecture student and correspondent for Agency 2017, the Australia and New Zealand Student Architecture Congress, sat down with Till ahead of his keynote at the conference to discuss his hard-earned knowledge about the nature of architectural education and why some problematic habits have become entrenched in our pedagogical tradition.

This is a time when university rankings and reputation are significant factors when considering which university to study at. Is the student seen as a consumer of education and simultaneously is their work merely a commodity for promoting the university?

“That’s the strange thing about architectural education; students have become dependent on being brutalized.”

There is some interesting work coming out of [architect and Yale University professor of architecture] Peggy Deamer, who wrote the book The Architect as Worker, which looks into architectural labour. There is one chapter in the book [that] explains how the educational system sets up this culture of sacrifice. The sacrifice of staying up all night – which is stupid by the way – and this then rolls out in practice; the sacrifice of internships; the sacrifice of long nights; the sacrifice of low fees. The brand of the institution is dependent on the product that students are producing, so the student is paying for the brand but also making the brand. They’re losing on both accounts. The culture of architecture school is preparing students for the exploitative culture of the workplace.

In a design studio environment, it is often acknowledged that you should heed your tutor’s advice and essentially adjust your design and presentation to align with their tastes. There is a clear power imbalance in this relationship. How do you suggest a student assert their rights in this exchange and how do you suggest, as a tutor, you avoid this authoritarian approach?

It’s not for student to address this issue, because they don’t have the means. It’s up to the tutor to take it seriously. Be clear about advice – empower and enable the student to better their design in terms of what they’re trying to achieve, to guide the student down certain pathways determined by themselves.

The Bauhaus model should be abandoned, especially at the post graduate level. Not just the Bauhaus model but the Beaux-Arts [model] as well, where they have this master-servant relationship with expectations that the students then have to follow.

What is the impetus for educators to put such pressure on their students and how can this pressure be steered towards a more nurturing approach that fosters a student’s individuality?

It’s up to educators to behave responsibly and ethically. It is a lot driven by the competition between architectural schools and the way they present themselves. Bartlett’s show is an extraordinary phenomenon. You kind of have to wear sunglasses, because of the brilliance of the surface. Students are pressured to produce it. When you look at the Bartlett and [Architectural Association School of Architecture] shows, you know what has happened: the students have worked on behalf of their tutors. When I was teaching at the Bartlett, if I didn’t have a distinction in my cohort then I’d have trouble marketing the studio the next year.

Having participated as the student member on an Interim Review Panel for the Architects Accreditation Council of Australia (AACA), I’ve seen first-hand the rigour of the accreditation process. Do you think university curriculums are overly prescribed by legislation?

“The culture of architecture school is preparing students for the exploitative culture of the workplace.”

The way accreditation boards are run is partly to do with curriculum but they are much more obsessed with output. I don’t know how it works in Australia but in the UK, they are obsessed with the lowest pass portfolios. This is the lowest mark you gave, which means you think that this person is ready for the world.

The person who gets the top mark may be a fascist. They may have really sexist views of the world. But as long as their work looks lovely it really doesn’t matter. That’s the strange thing about architectural education; students have become dependent on being brutalized. The most popular studios are the most brutal. If they go through the boot camp, they will get the results. If it’s an open studio that doesn’t have brutality, or obvious anger, the students have to fall back on themselves.

Often in studio projects, the ‘client’ is an illusory figure whose needs are secondary to the architectural concept or even post-rationalized to support this concept. How can design studio be taught to prioritize the end user?

It is super, super difficult to involve the user in architecture school. One has to accept the artificiality of it. Architectural education does not mimic the real world. Projects have a linearity to them, they have a beginning and end – there is no accident in them. The only accident is self-generated, through students screwing up, or tutor’s changing their mind.

How should universities encourage “reflective intelligence” or multiple modes of thinking in students rather than the model of rule-based learning?

It’s difficult. Universities are so dependent on assessment of output, assessment predicated on the portfolio. The portfolio is not a good means of showing multiple modes of learning, of showing where you made mistakes, of showing methods of true communication with others. What a portfolio does as a method of assessment is to keep perpetuating the idea that architecture is bound by issues of form and aesthetics. This becomes an issue. Little Johnny’s fascist tendencies are not revealed through modes of assessment.

When I was at [the University of] Sheffield, we did try to do a whole set of other experiments. I don’t think you should experiment on students. But we put into place other value systems at Sheffield. We had some trouble with the [Royal Institute of British Architects]. They didn’t understand that the outcome of a live project is often a failure. A live project is one with clients, with real people, and a real project. It often fails because the students don’t deliver, yet in that failure there is a huge amount of learning. There is a sense of the students building their own ability to cope with their later career.

What is your view on the use of digital fabrication labs and new technologies within architectural pedagogy?

One of the things that [technology] does is accelerate the process of prototyping. It allows one to be more agile. The bad side of it is when it simply becomes deterministic. Because I can now make a great big blue blob, that’s what I’m going to do. You see that quite a lot. The whole aspect of technological determinism is everywhere in architecture. I’m not saying burn all machines but whether it’s Rhino on a computer or a 3D laser, technology does begin to determine outcome.

Jeremy Till appears at Agency 2017, the Australia and New Zealand Student Congress, on 30 November. For more information, go here. 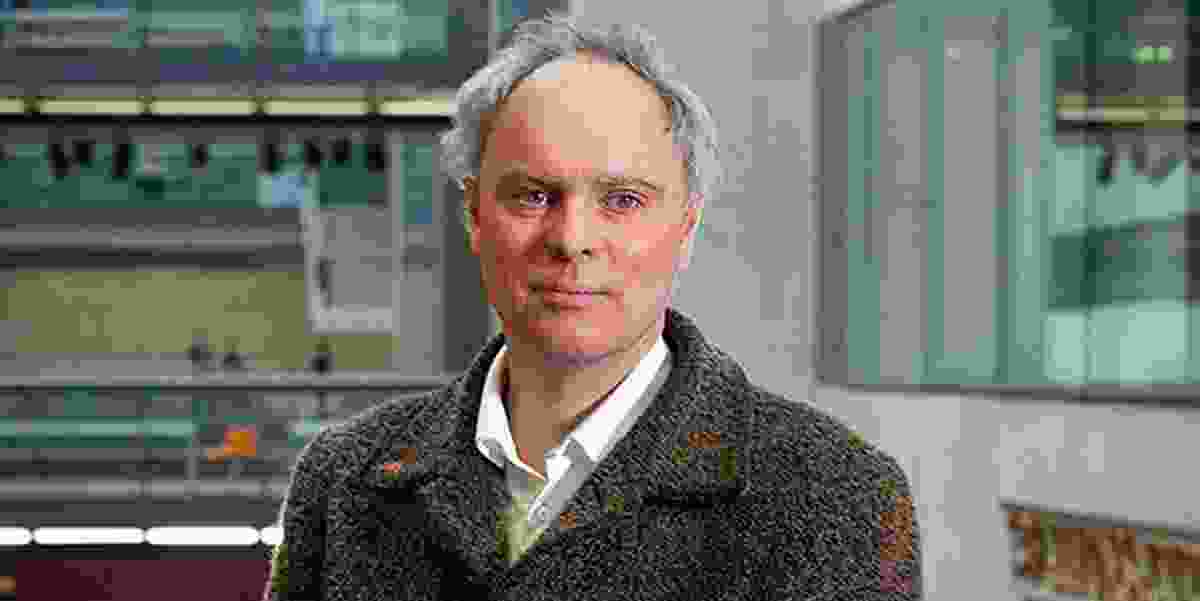 Image: University of the Arts London