The models, made by first and second year students working in teams of two or three, were displayed at the 2018 Houses Awards on 27 July, and are representations of the houses that won the Australian House of the Year award from the last 7 years.

Celeste Raanoja of Make Models, who co-teaches the course with Nikola Kovac, said that the idea to have the students model successful projects was an exercise in focusing specifically on the craft of representing architecture through model making.

“The students did a lot of thinking about how each house could be best represented through modeling,” she said.

“When we work with their own designs, it becomes really tricky to make it a lesson about representing something rather than designing it.”

The student model makers worked from detailed plans supplied by the architects, something Raanoja said was a first-time experience for many of the students.

All of the models were produced using different methods and from different materials. The team that produced Virginia Kerridge Architect’s House in Country, for instance, used a recycled solid timber base, basswood and timber staining to bring out the different wood tones in the project. The sandstone elements were created using a cast foam coating that was melted away to give a weathered stone look.

The students that produced the model of the Darling Point Apartment by Chenchow Little, conversely, brought life to the space by reproducing all of the furniture elements by hand, including painting and colour printing to recreate the apartment’s artworks.

“Each model then utilized some or all of these techniques when given their case study house, as they now had new areas of material expertise from the experimentation process.” 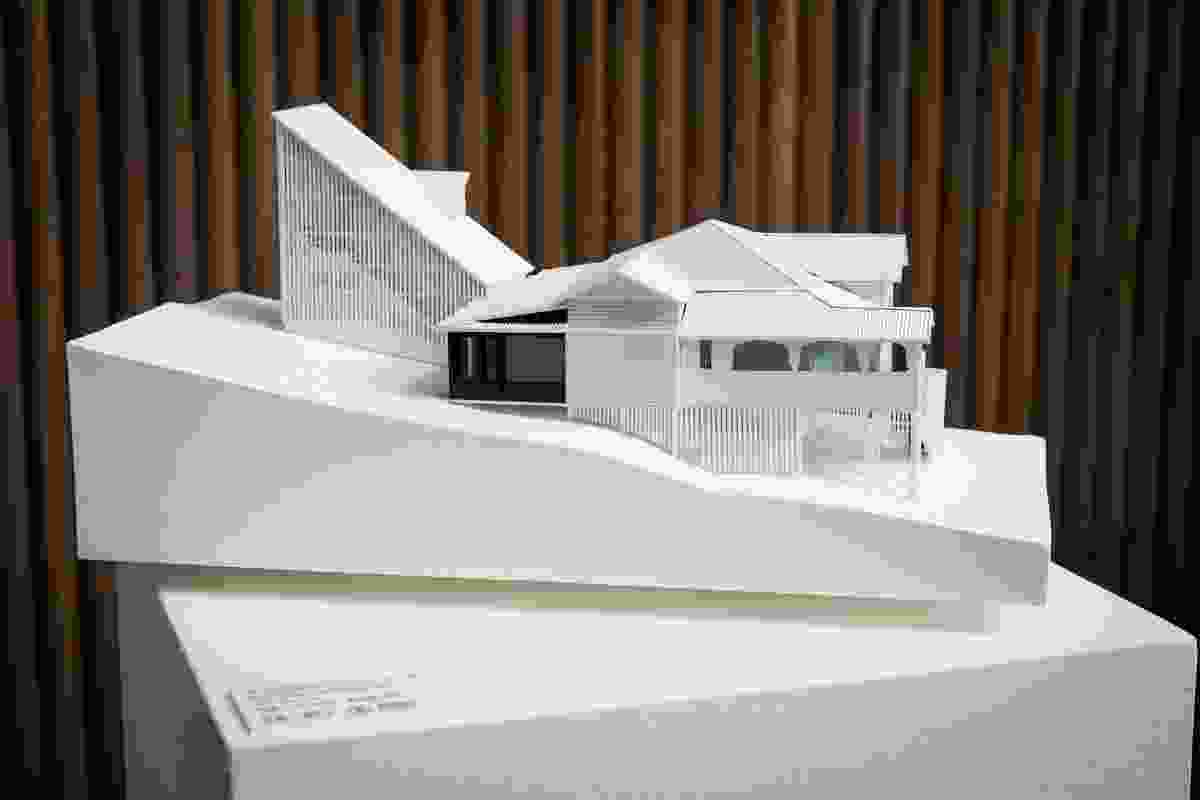 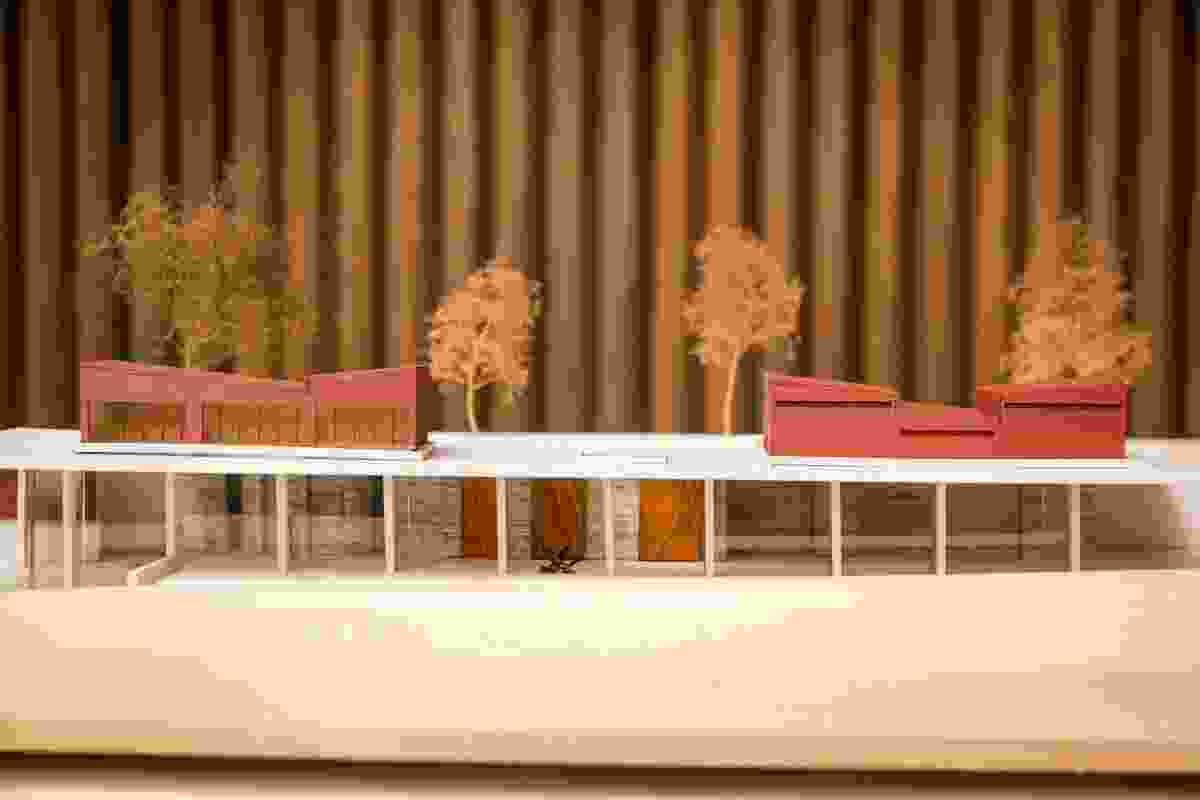 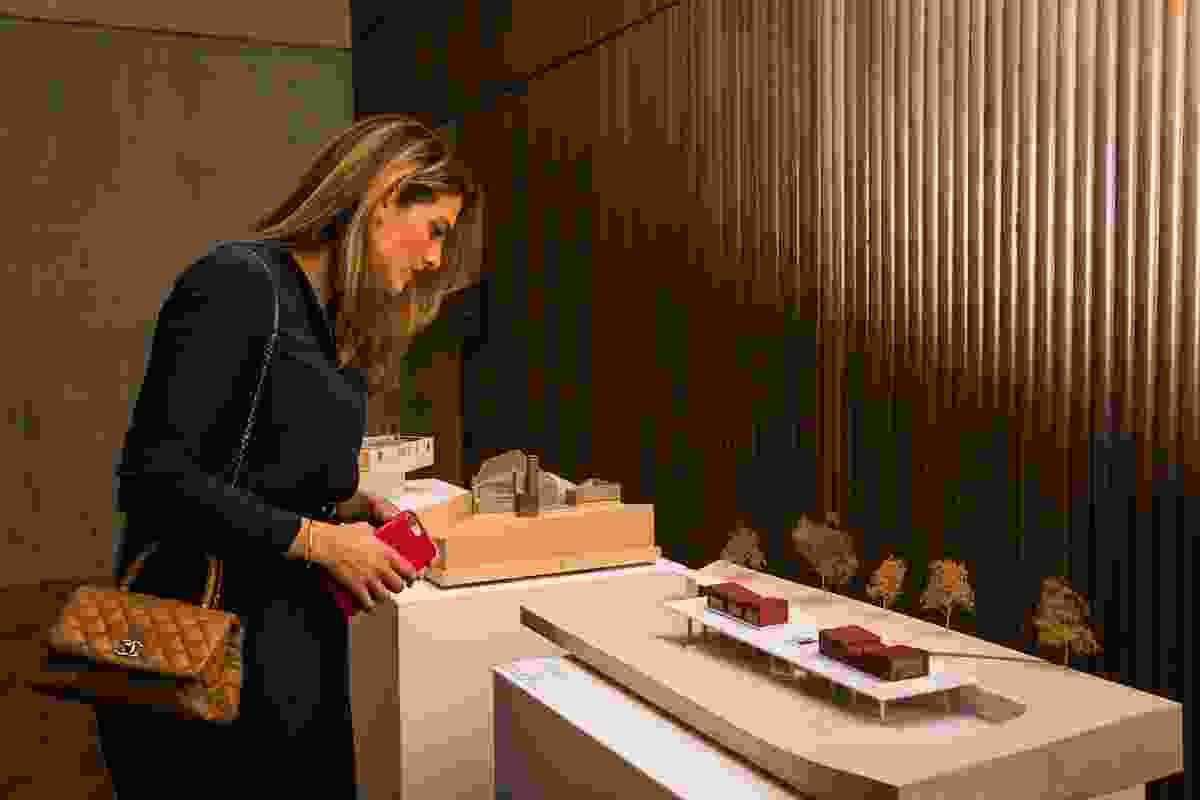 The models at the 2018 Houses Awards. 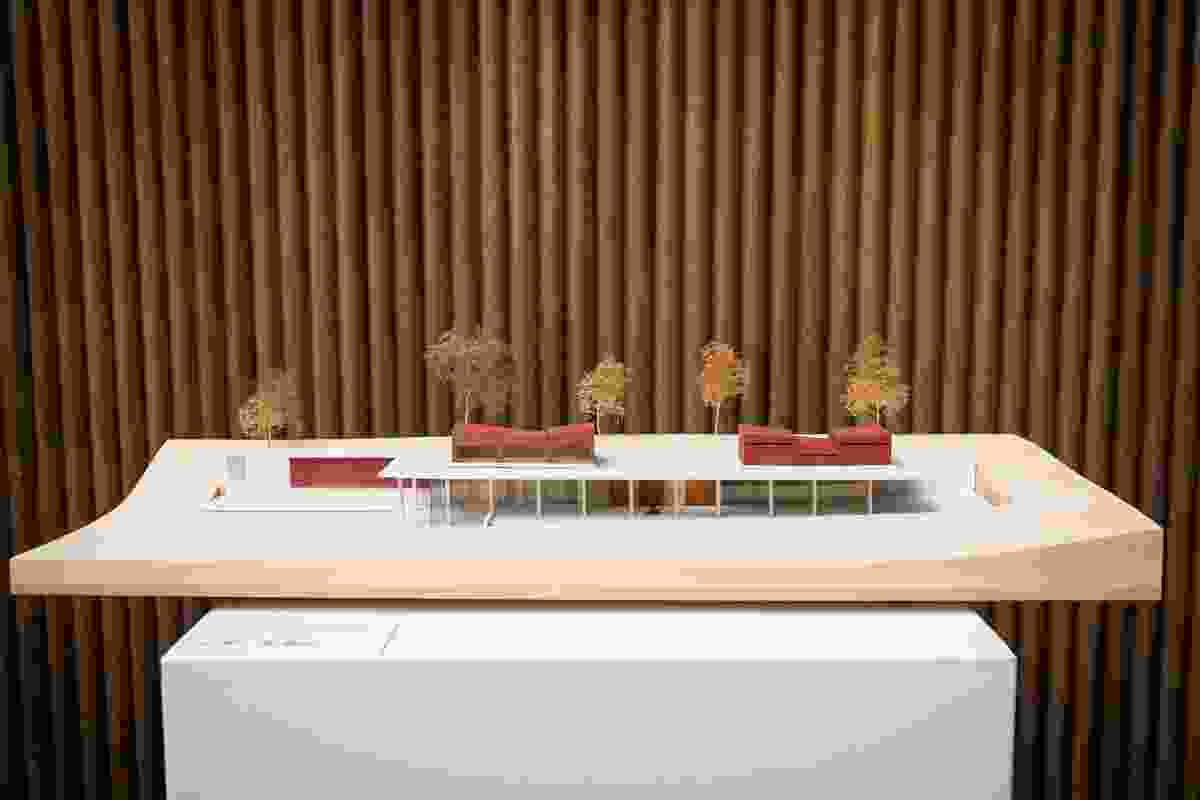 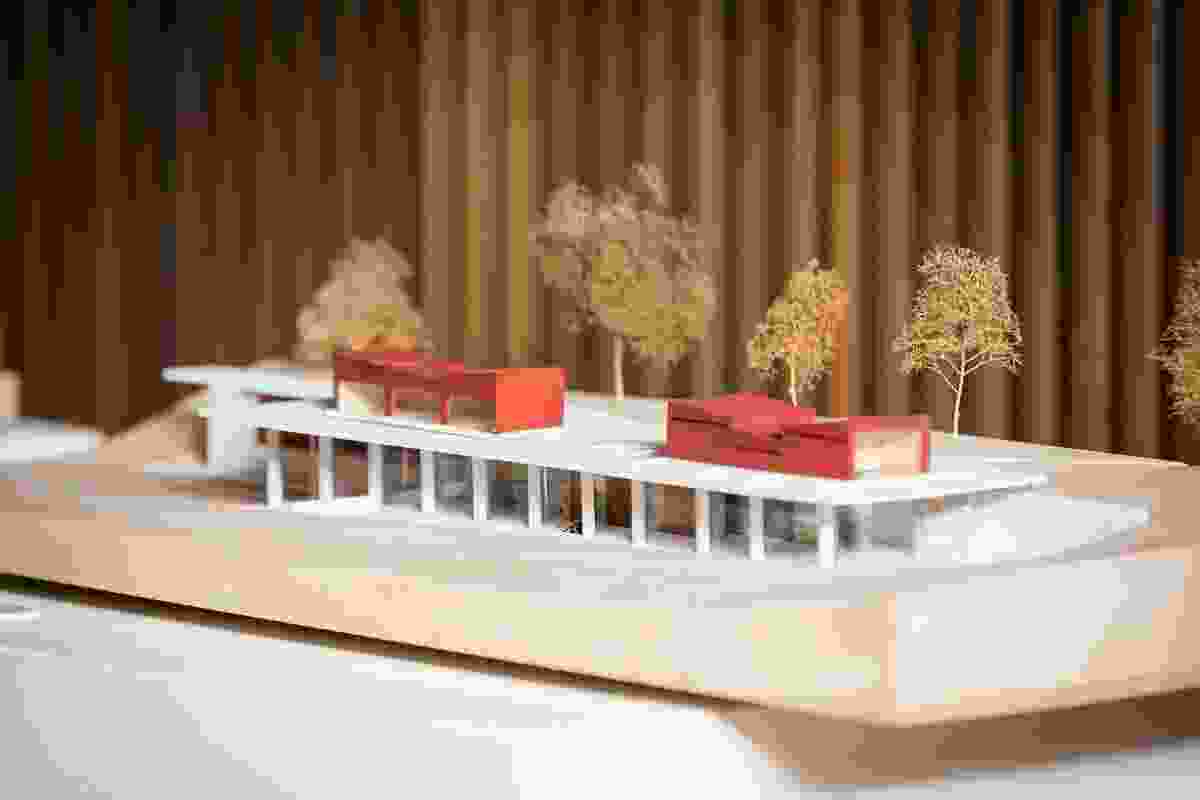 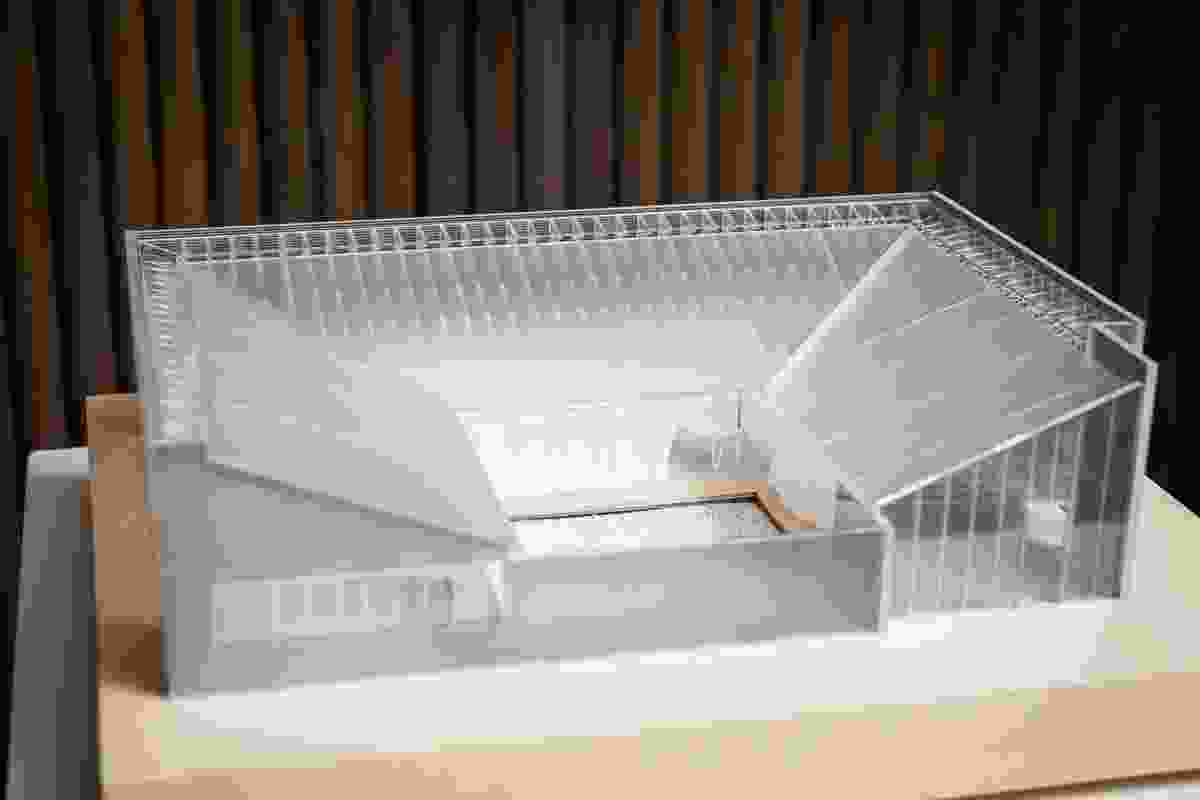 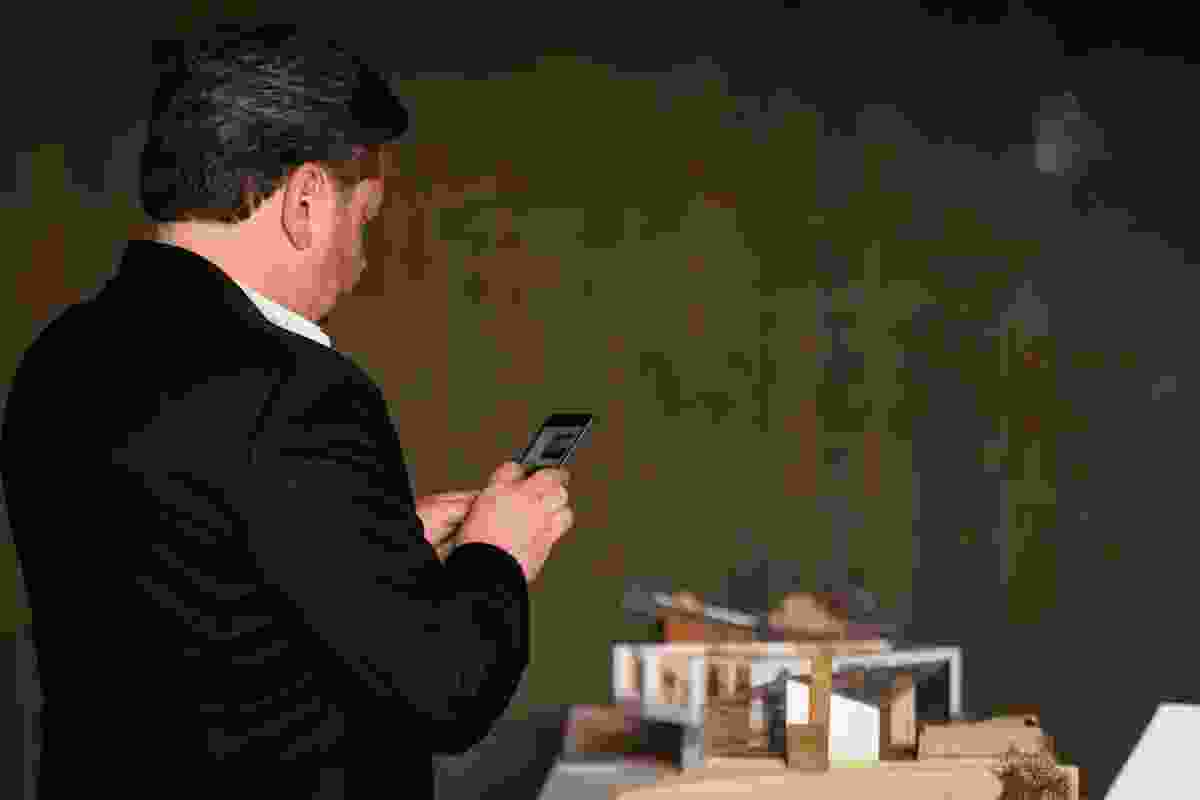 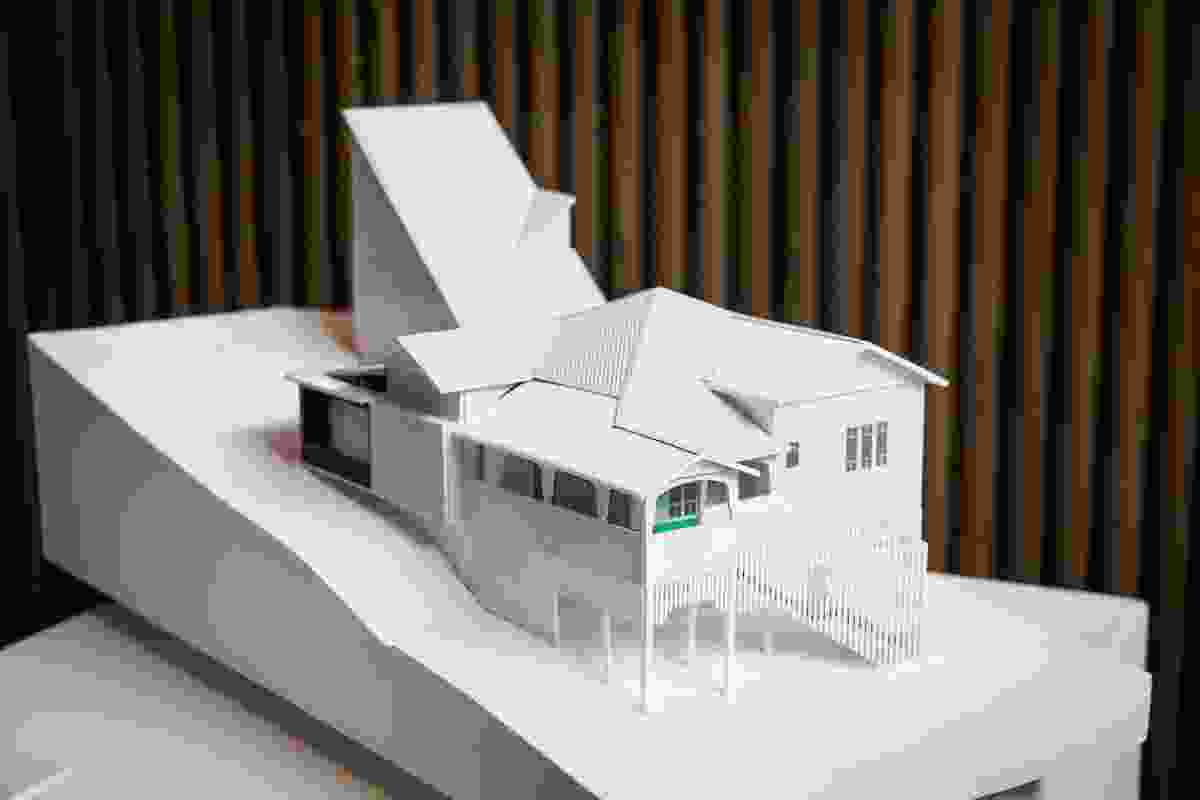 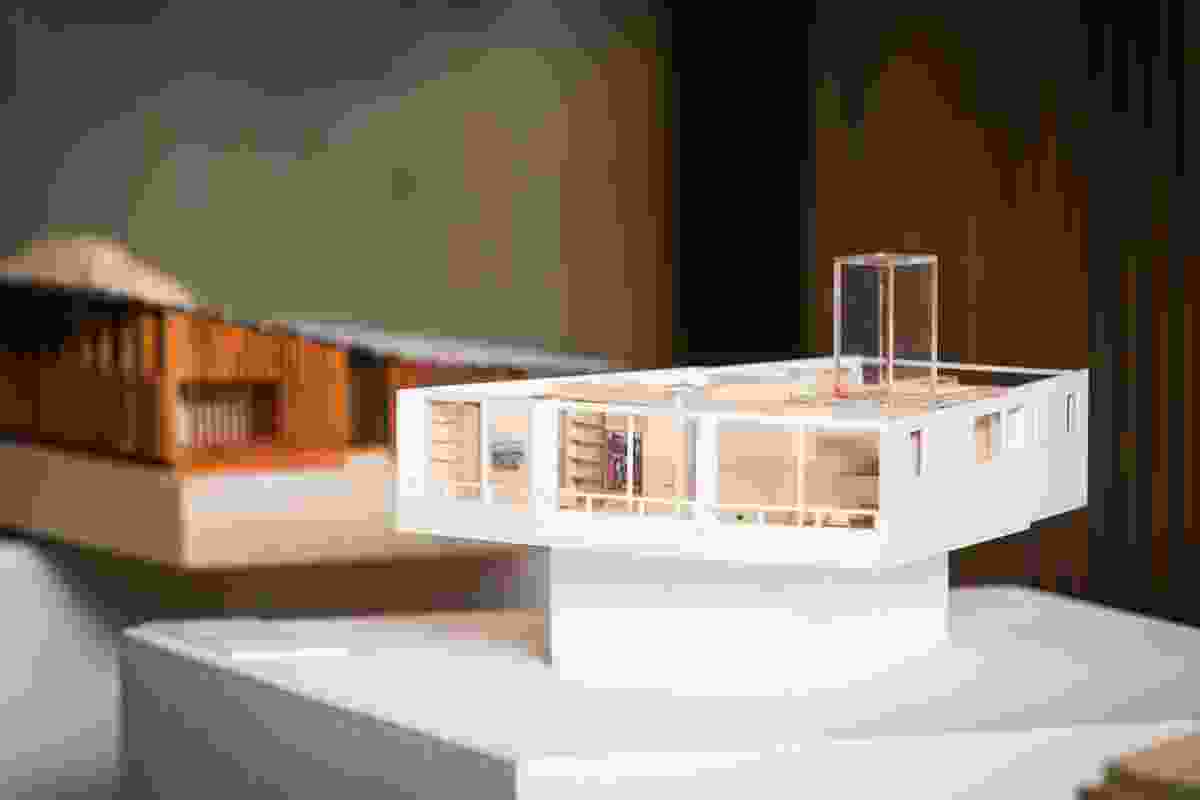 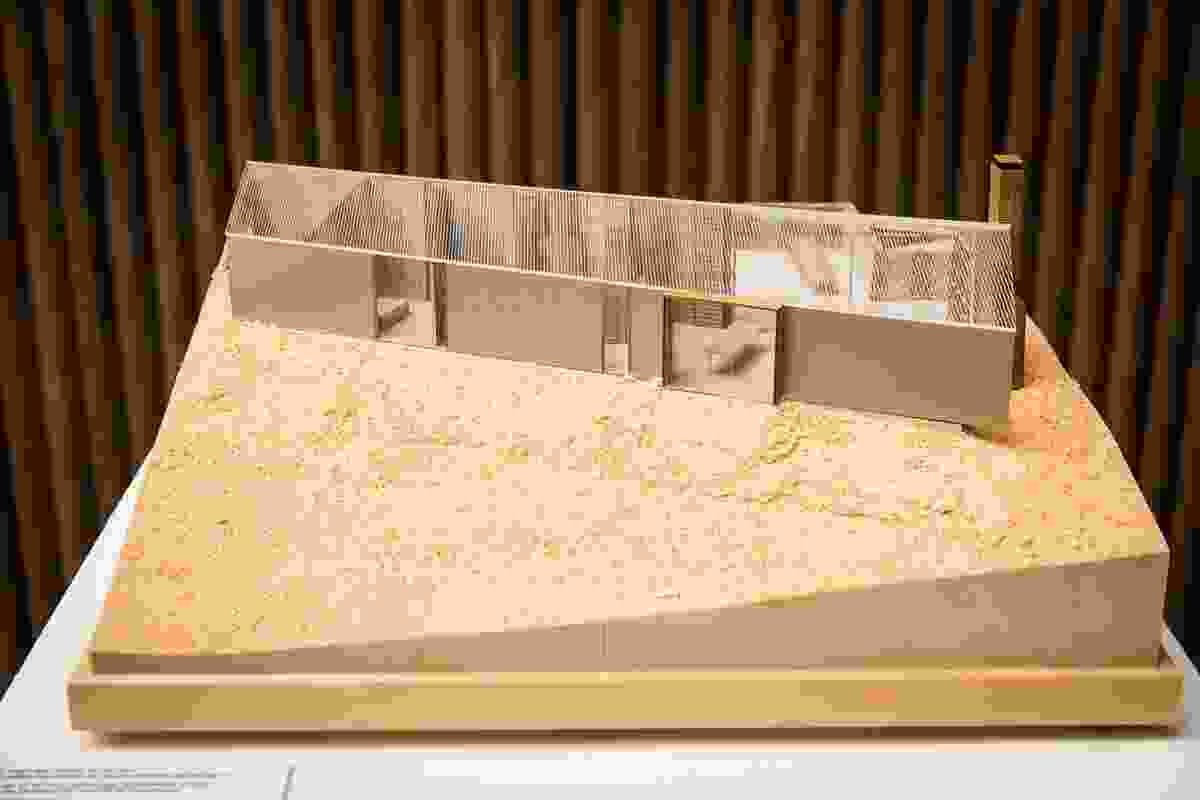 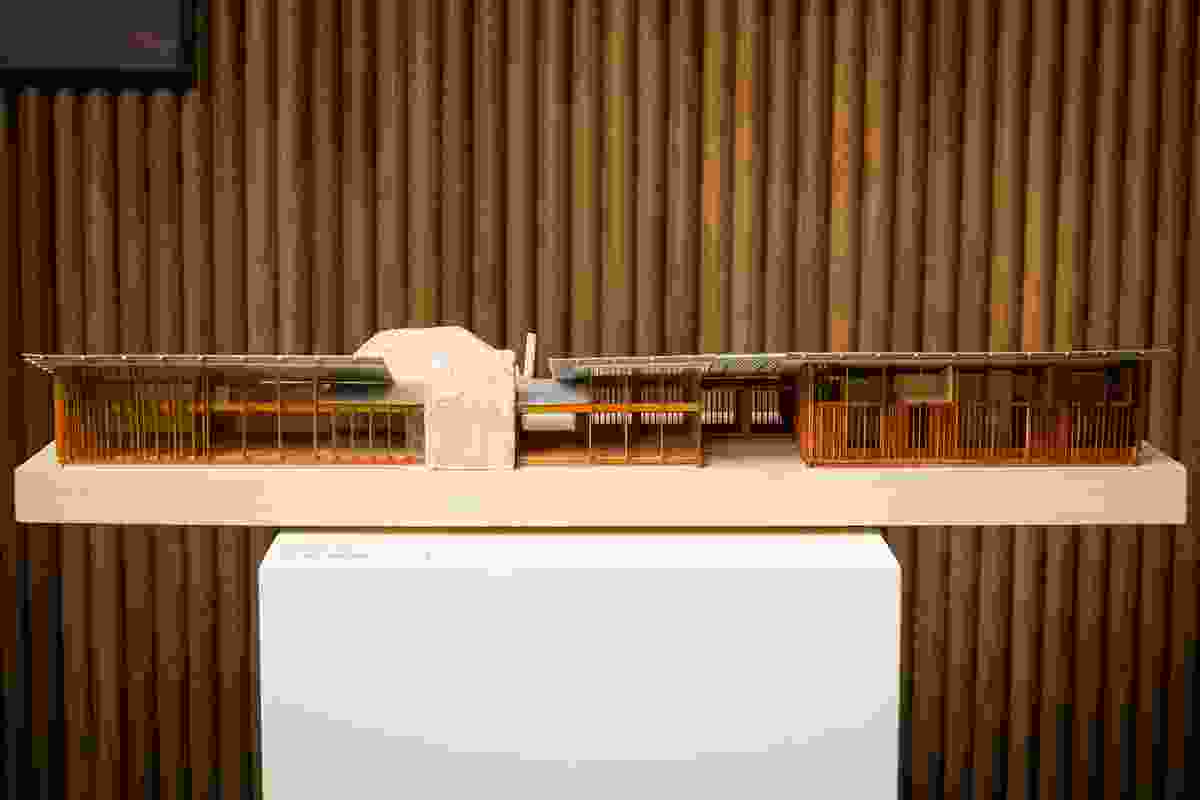 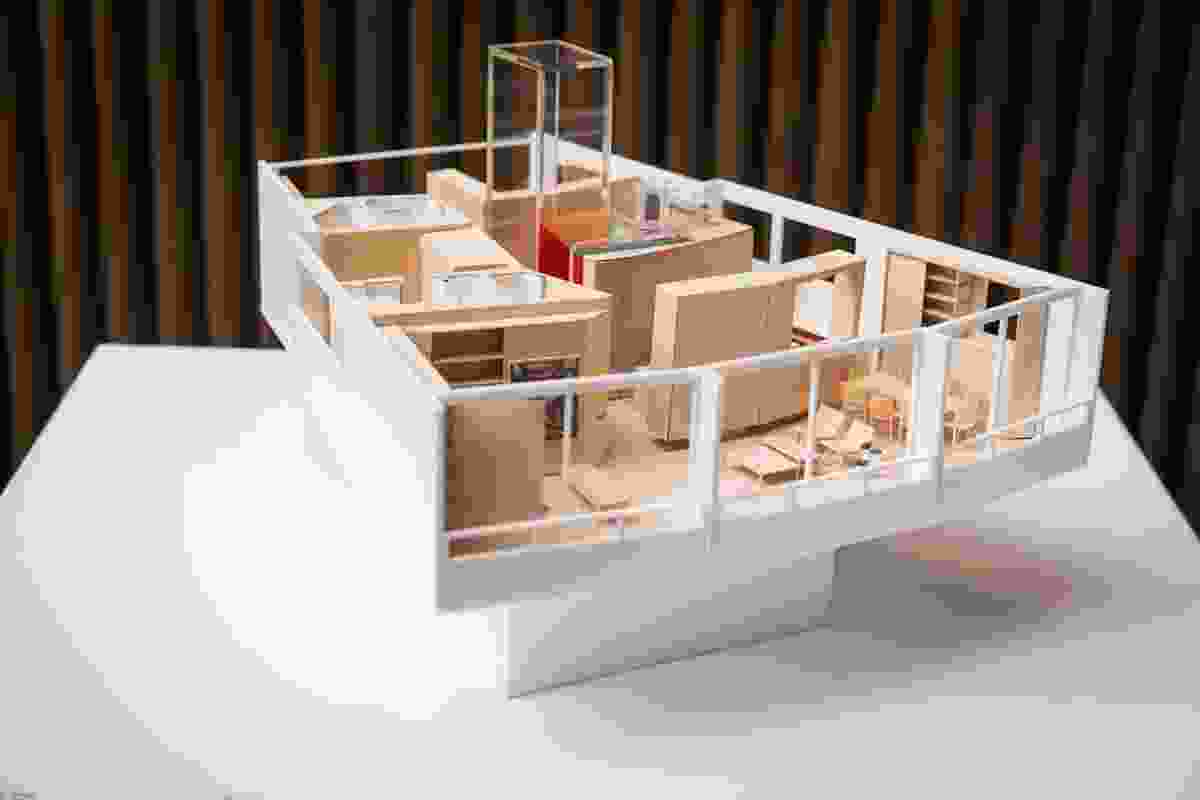 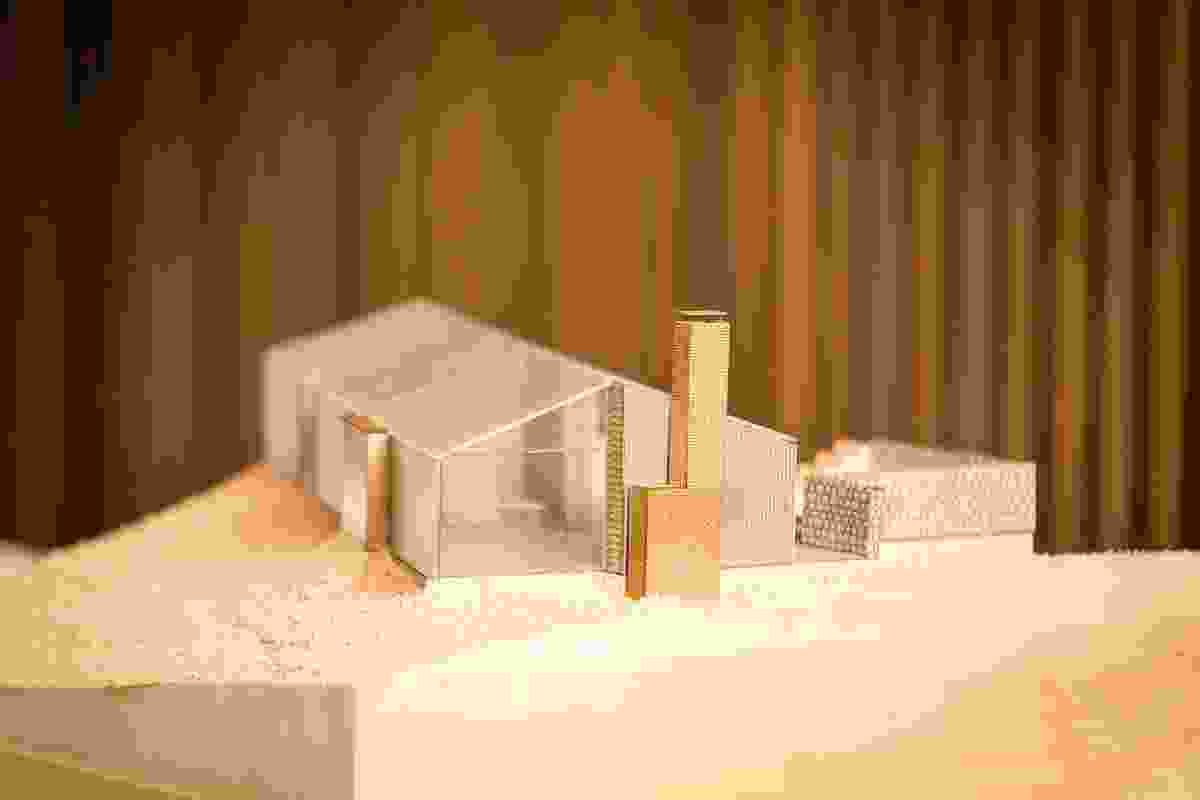 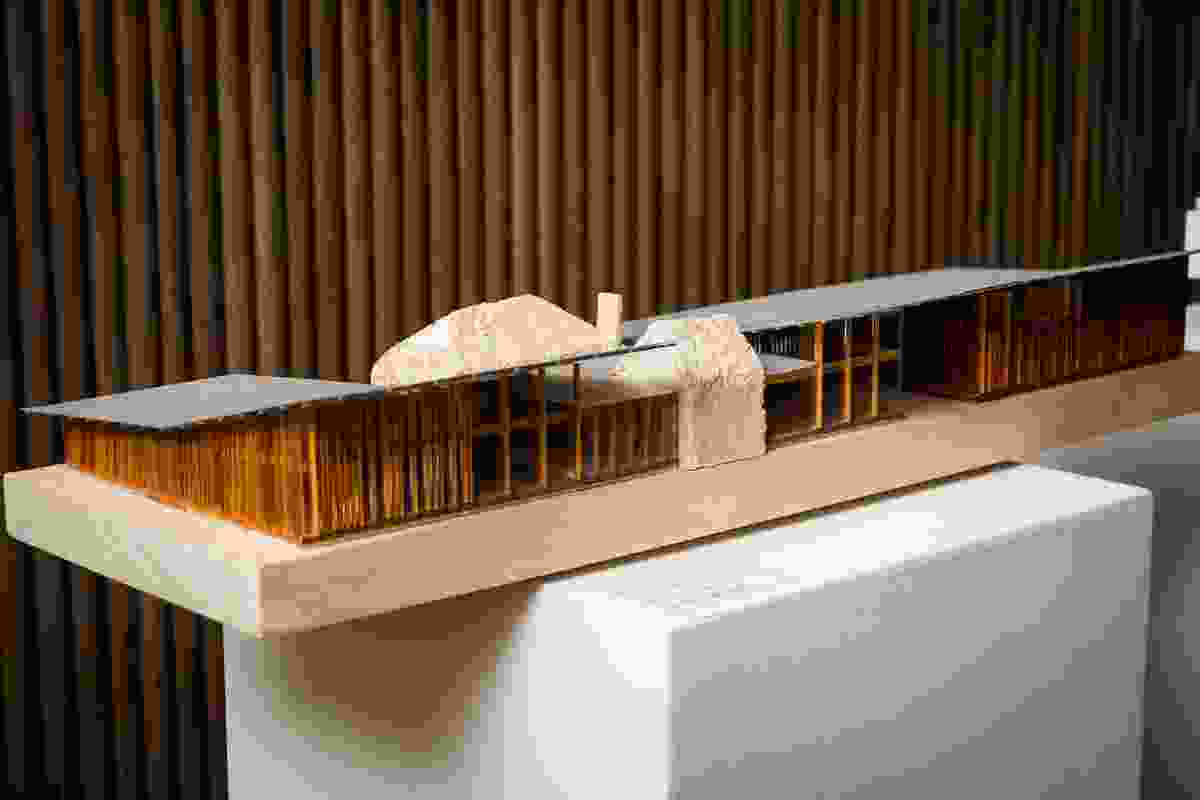