A sketch of the Studio Mumbai-designed MPavilion in its new location in Melbourne Zoo.

The Naomi Milgrom Foundation has announced the 2016 MPavilion designed by Indian architect Bijoy Jain of Studio Mumbai will be relocated to a permanent site in Melbourne Zoo.

The handcrafted structure, made using traditional Indian construction techniques and materials, features a series of bamboo columns covered by a roof made of reeds.

The City of Melbourne’s lord mayor Robert Doyle said, “I don’t think we could have found a more fitting home for Bijoy Jain’s MPavilion than the zoo – its structure and shape is ideally suited to the space it will soon occupy.”

The pavilion will be moved to an existing open space in the zoo between the heritage carousel and the Japanese Garden.

Director of Melbourne Zoo Kevin Tanner said, “It is a spectacular architectural structure that will complement the zoo’s natural environment. As one of the first carbon neutral zoos in the world, we welcome MPavilion’s use of natural and sustainable materials. It fits perfectly with our conservation ethic and environmentally sustainable practices.”

Studio Mumbai’s 2016 MPavilion is the third in a series of pavilions commissioned by the Naomi Milgrom Foundation, which have all been relocated to permanent sites. The 2014 MPavilion designed by Sean Godsell Architects occupies the rear garden of the Hellenic Museum and the 2015 MPavilion designed by Amanda Levete Architects was installed at a new park in Docklands.

In February, OMA’s Rem Koolhaas and David Gianotten were appointed to design the 2017 MPavilion, which will be built in the Queen Victoria Gardens in October. 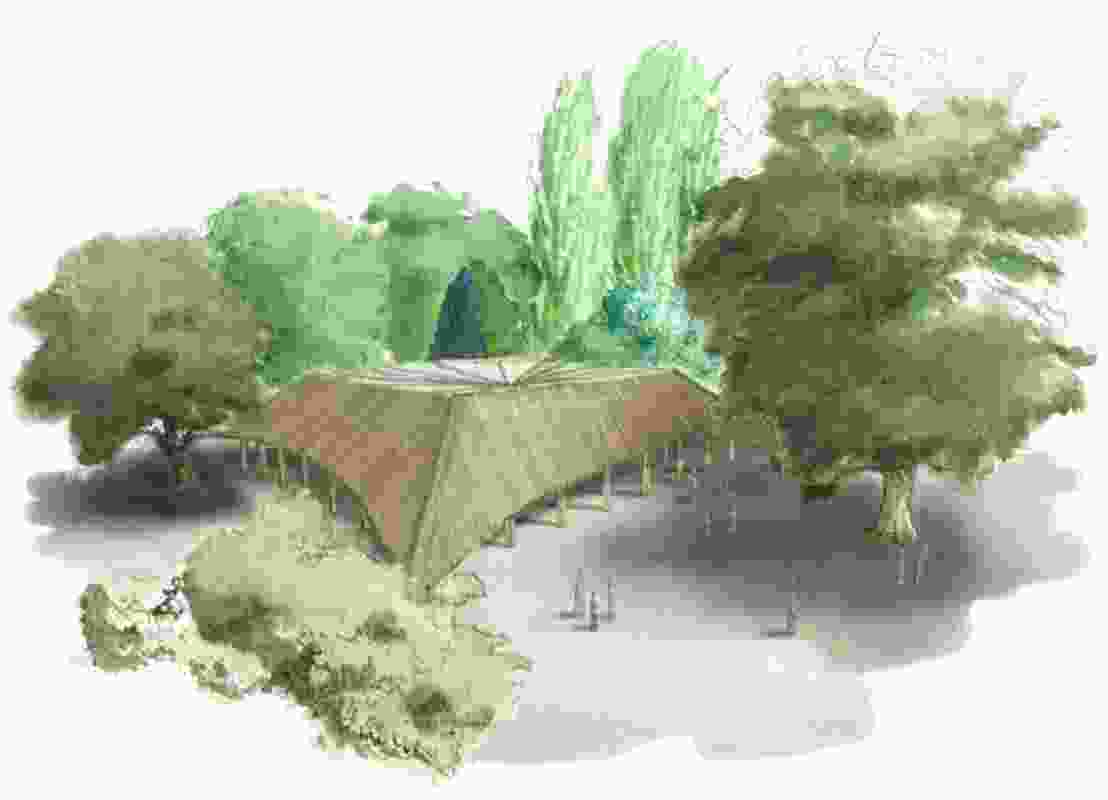 A sketch of the Studio Mumbai-designed MPavilion in its new location in Melbourne Zoo.