London-based architecture practice Studio Octopi has teamed up with a Melbourne not-for-profit organization to bring a its famed floating pool concept to the Yarra.

The proposal, named Yarra Pool, was launched to coincide with the opening of Australia’s exhibition at the 2016 Venice Architecture Biennale, The Pool.

Similar to the Studio Octopi’s much-publicized Thames Bath proposal, the concept is for a recreational swimming pool in the Yarra, which will use treated water from the river.

Yarra Pool will feature a 25-metre lap pool and a smaller children’s play pool floating on a pontoon, along with a cafe and change room facilities on the banks.

Matt Stewart, president of Yarra Swim Co, said the motivation behind the concept was “change the conversation around the Yarra River.” The river, which runs through the centre of the city is colloquially referred to as the “river that runs upside down” because of its muddy consistency. In 2015, a local journalist wrote, “most of the time we turned our backs to the river, almost embarrassed by its dirty brown presence.”

But Stewart has other ideas. “I wanted to really bring people back to the idea of it not just being a place which is permanently polluted, but one that we could be more proud of, and one that we could relate to a lot better,” he said.

Proponents of Yarra Pool are currently testing locally developed water filtration technologies. Stewart, who has a background in engineering and urban planning is working with associate professor David McCarthy from the Centre for Water Sensitive Cities at Monash University to realize the concept.

The project is estimated to cost $6–8 million and will be funded through sponsorships, grants, debt equity and possibly crowd funding.

A temporary version of the pool, developed with the Committee for Melbourne’s business and civic leadership program Future Focus Group, could be floating in the Yarra by next summer.

The project follows international examples of floating pools including Copenhagen Harbour Baths designed by Bjarke Ingels Group (BIG) and Julien De Smedt Architects (JDS), completed in 2003, as well as projects yet to be realized such as the Thames Baths, and New York’s +Pool by Family Architects and Playlab. Importantly for Yarra Pool, its proponents hope to emulate the success that the Copenhagen Harbour Baths have had as a catalyst for cleaning up the pollution in the city’s river.

“There are few things more beautiful in Melbourne than coming down the river through the centre of the city at about sunset,” Stewart said. “For me, the Yarra is an incredible opportunity that we still haven’t truly realized. By bringing people back to the river, we can actually celebrate the incredible asset that we have.” 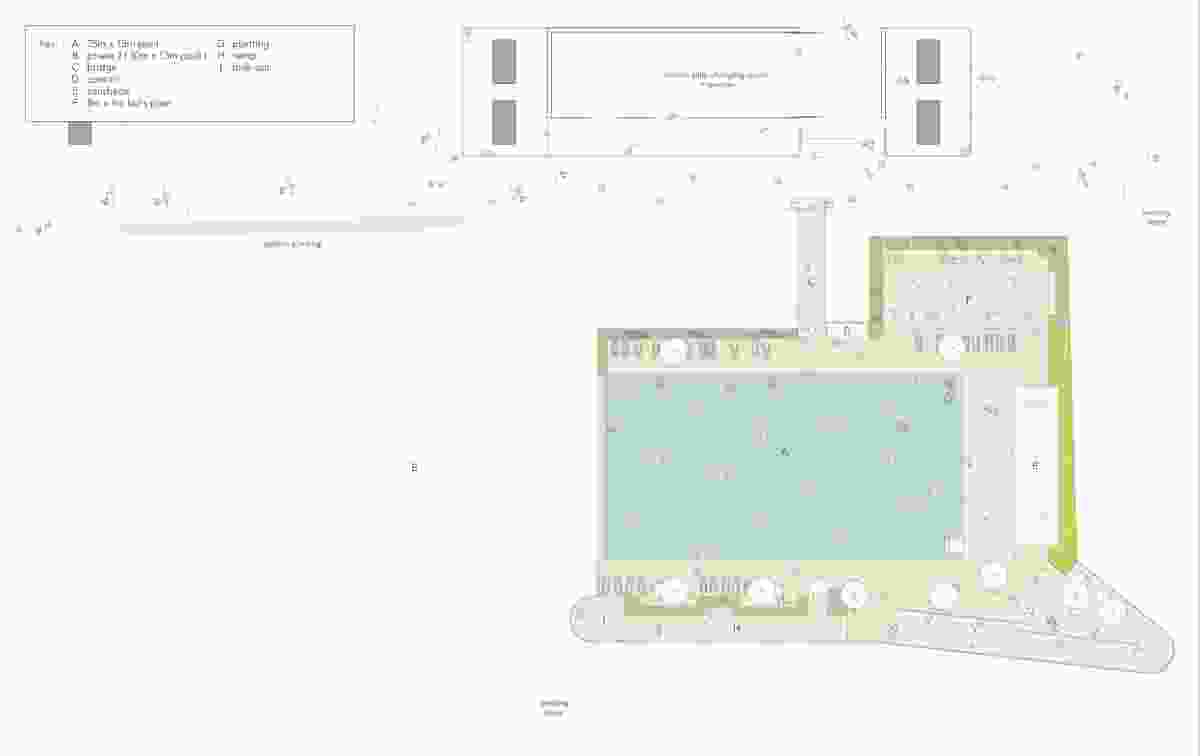