Breaking new ground for Brisbane, Marc & Co park an intimate laneway bar in an old loading dock, leaving it gritty and part of its urban setting.

The large custom-made steel barn door opens the bar onto the lane.

Brisbane, the most suburban of Australia’s major cities, has struggled to develop an inner-urban lifestyle that is true to its history and culture. Apart from isolated pockets in New Farm and West End, there has been no tradition of higher-density living, which in Sydney and Melbourne has led to the culture of small bars and cafes. Previously in Brisbane, the mass exodus to the coast on the weekends and strict liquor licensing laws had spawned the suburban swilling barns of the 1960s and 1970s, and more recently the “gastropub” phenomenon. This has meant that opportunities to reclaim the forgotten corners and leftover spaces of the city for smaller bars and cafes have only recently emerged, with changes to liquor licensing laws making it cheaper and easier to open more intimate venues.

Super Whatnot is a tiny bar, conceived by a young businessman/entrepreneur returning to Brisbane after years abroad and in Melbourne. Aware of the new licensing laws and the relaxing of Brisbane City Council’s planning requirements to promote the activation of the city centre’s forgotten laneways, a search for a suitable space uncovered the old loading dock and storage area of the venerable Gardams fabric store, an institution in Brisbane for dressmakers but now relocated to the suburbs. The space was more recently, and briefly, the home of a beauty school. Located in Burnett Lane at the southern part of the city centre, it is immediately to the west of the popular Queen Street Mall, the epicentre of the city’s retail precinct.

The great delight about Super Whatnot is that it is a found space made hospitable. The laneway is effectively allowed to seep into the fabric of the building. This makes for a porous relationship with the city. The bar is a refuge, a hermetic retreat where the history and life of the city can be observed and experienced. This is a working laneway: pedestrians and delivery trucks share the space.

Owner Simon Martin and architect Angus Munro of Marc & Co have evolved an approach to design from a rigorous, almost archaeological process of discovery and analysis of the complex floor-level arrangement, leftover detritus of the former use and ad hoc alterations. From these findings, and working with a minimal budget and adopting the great Australian ethos of “making do,” a gritty, rich and inventive space has emerged. Existing finishes are simply “made good” and retained or reused, while introduced materials are generally those that have been salvaged, and are left raw. Tectonics are elemental, direct and industrial. Munro worked with architect, artisan and fabricator Lachlan Nielsen who, working from his semi-rural workshop, Nielsen Workshop, made much of the furniture and larger “hardware.” Key among these pieces is the extraordinary pivot-and-wheel front window, which was fabricated from unfinished salvaged steel angle, and which cleverly swings away to open the bar to the street, as if it is always that way. This contributes to that sense of the laneway itself having permeated the building, having excavated and colonized this place. The work emphasizes this idea further by giving the sense that it is “of” the laneway. Built-in seating with hard-wearing fabric encourages lazy lounging at the laneway threshold. The noises from the laneway and the bar mingle with the coolest of background music, making the laneway more hospitable, and the bar a part of the wider urban experience.

Those bars that Martin and Munro have experienced as precedents to Super Whatnot were distinguished by an accretion of fabric over time, rather than being of a predetermined design that was controlled and strictly monitored. They have chosen to allow Super Whatnot to evolve and change by such an organic accretion. In this instance, using leftover ledges, cleavages in the fabric and the selective placement of objects and art over time, they hope to further enrich the nuanced urban experience. Perhaps most intriguing among these gestures to date are the small terrariums – tiny gardens contained in glass containers of varying sizes and shapes that were created by Munro – which appear sporadically in the spaces.

The careful manipulation of levels, vistas, circulation, materials and lighting both enhance the sense of hermetic refuge, seemingly labyrinthine, and also allude to more than is actually there. Key among the tactics used to achieve this are a dark tinted mirror to the rear wall of the bar itself, which results in an ambiguous perception of this key space, and the narrow stair to the mezzanine, which has been deliberately enclosed in a cheap translucent polycarbonate and which is backlit. The shadows of movement up and down the stair allude to things beyond.

It is the accumulated effect of many small decisions; working with found space, salvaged and low-cost materials; inventive “making do”; and a high level of engagement with the intimate urban space of the laneway that make Super Whatnot a distinctive and highly seductive Brisbane laneway experience. 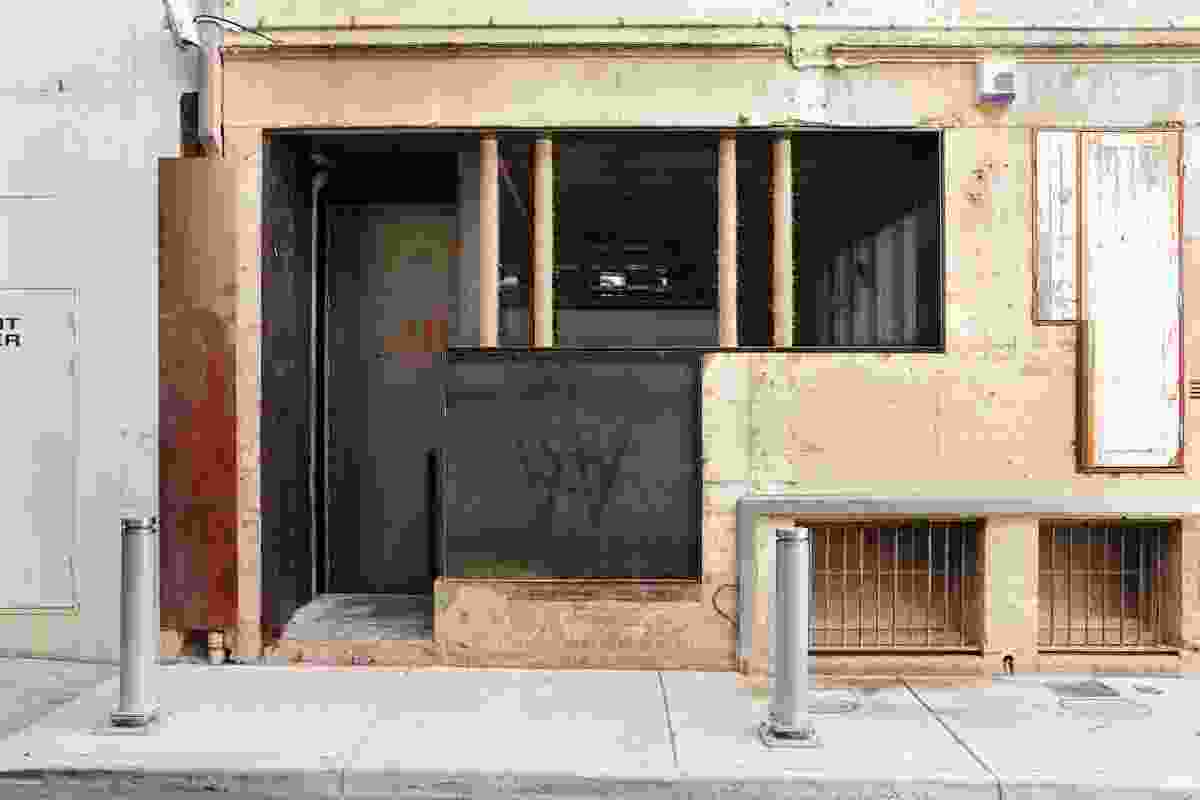 The large custom-made steel barn door opens the bar onto the lane. 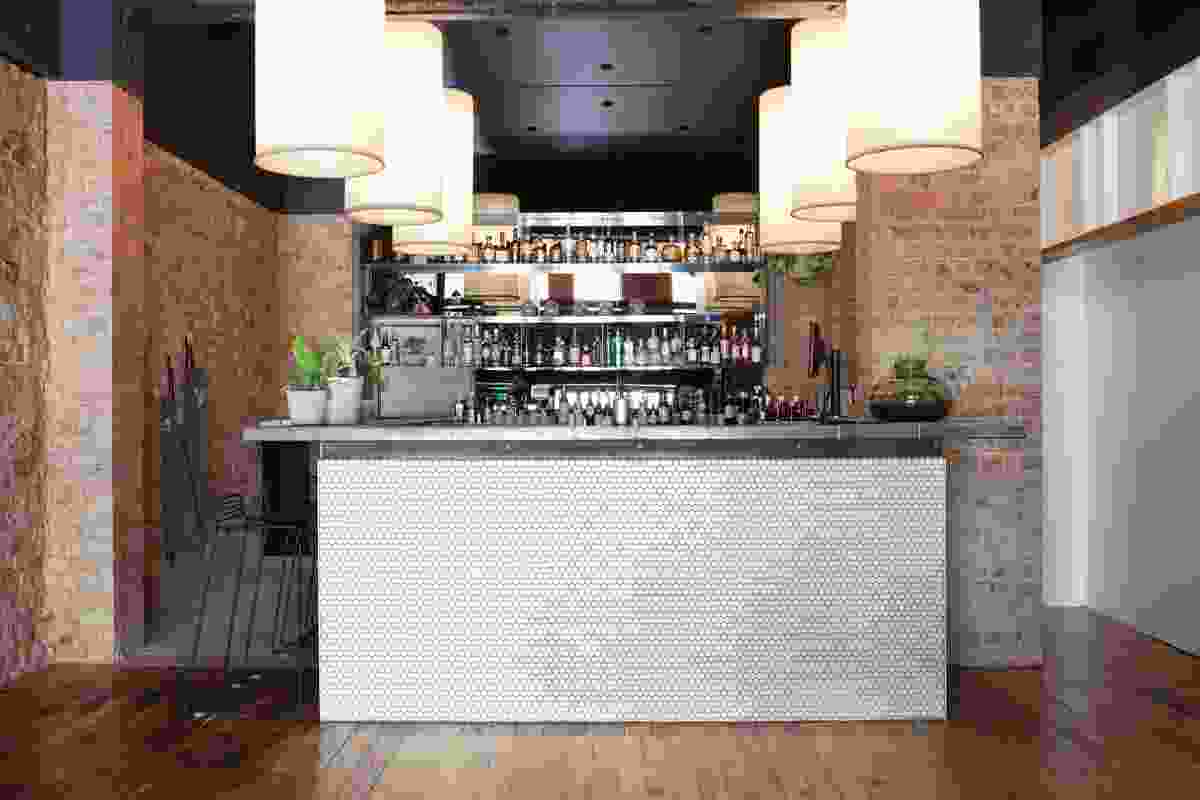 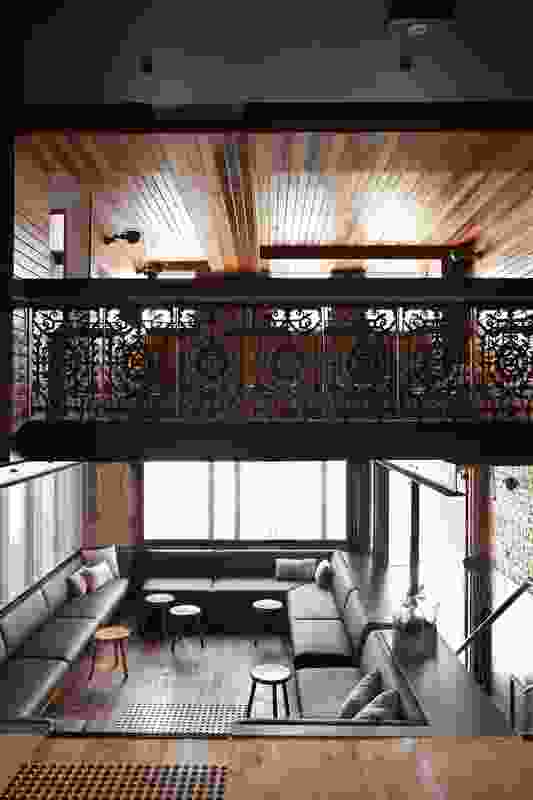 The sunken lounge has a loft verandah overhead. 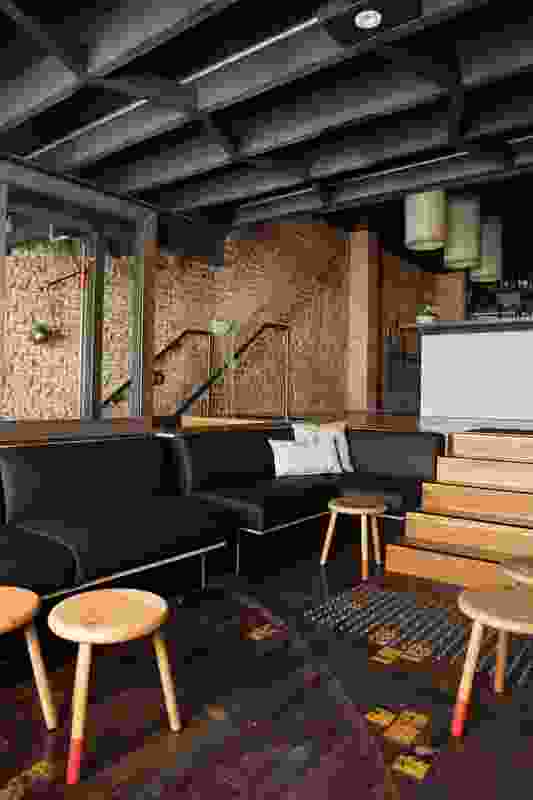 Built-in leather seating skirts the perimeter of the lounge. 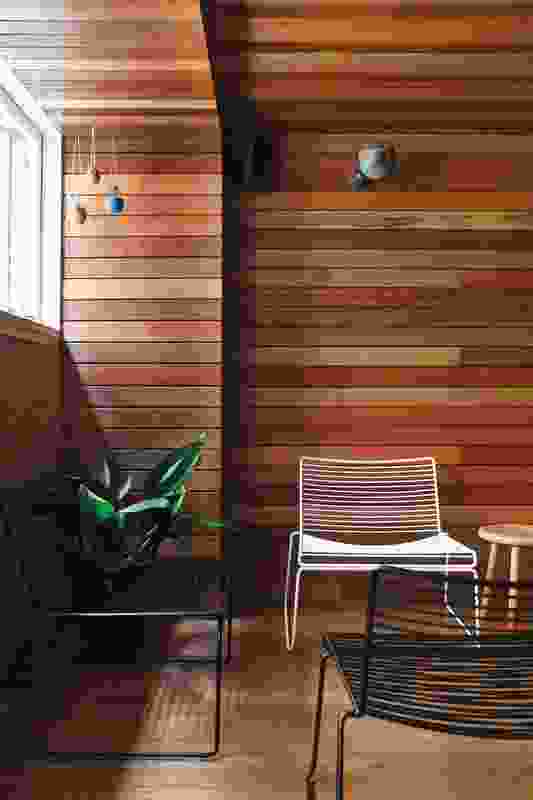 Planting and outdoor furniture on the verandah lend a subtropical feel. 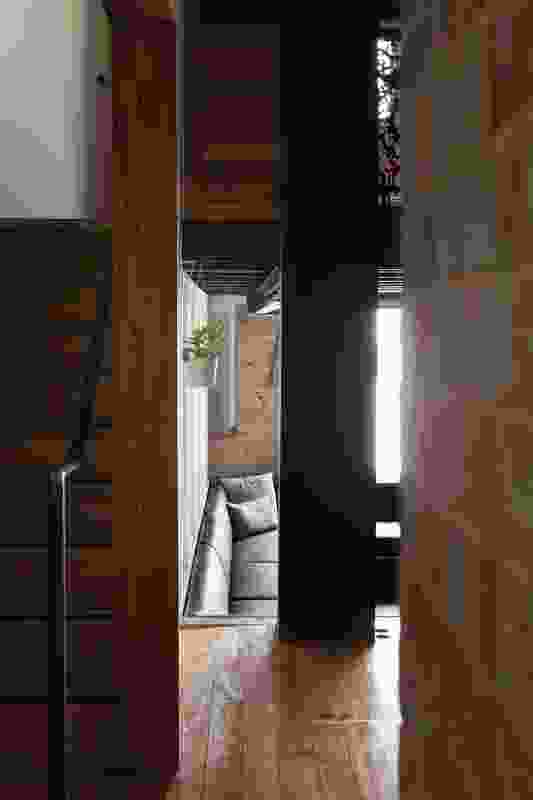 Balustrades to the stairs are made from reclaimed wrought iron.