Former Australian Institute of Architects national president Robert Caulfield reflects on his experience from the 1990s recession and outlines a 10-point checklist for survival and recovery.

There is no doubt that the architectural profession is already in the beginnings of a very bad recession. Anecdotal evidence from architectural recruitment company Aspect Personnel suggests that in late April 2020, 10 to 15 percent of employees in architectural practices had lost their jobs, a further 50 percent had had cuts to their salaries or working days and many offices were starting to panic about the uncertain times ahead.

We have been here before and there is always light ahead. I know this from bitter experience during my tenure as national president of the RAIA (as it was then known) in 1990–91, during what then-federal treasurer Paul Keating termed “the recession we had to have.” During that period, an estimated 45 percent of architects in the worst-hit state, Victoria, were out of work. An unkind joke foisted on me by a journalist from Brisbane’s The Courier-Mail was that the easiest way to find an architect in Melbourne and Sydney was to hail a cab. Unfortunately, Brisbane went down the same road a few months later.

The purpose of revisiting this period is to say that architects must not be defeated by adverse times, no matter how dark the future might look. We are creative people and we will find a way out.

In 1990, when I was elected president, my architectural company Caulfield Krivanek Architecture was 12 years old, employed about 45 people and was booming. Archicentre, a subsidiary of the Institute, also 12 years old and was generating quite a lot of work for small practices and sole practitioners. Our practice was in the middle of constructing our own office and I was building a new house for my family. We reckoned that the good times would last forever.

The Institute was in a financially healthy position, with a very transparent management and financial system. It was well respected by members and the public. At the beginning of my presidency we organized a national television advertising program for which we had a major sponsor. This campaign extolling the virtues of using an architect was going to be rolled out across Australia.

However, the recession hit pretty quickly and almost every sponsor cancelled their arrangements.

In our practice, we could see the recession coming and we were preparing for a soft landing when two clients for whom we were doing large retirement village projects collapsed within eleven days of each other, owing us hundreds of thousands of dollars. Hundreds of thousands of dollars more in projected fees also evaporated. The practice shrank to seven people and the finance on our uncompleted office building and my house rocketed to 17 percent. I had to let go people who were talented, hard-working and supportive. Every cent the practice earned for the next year or so went to paying remaining staff wages and Westpac bank. My young family had a weekly roast dinner at my parents-in-law’s house as a change from sausages and mashed potato.

The purpose of revisiting this period is to say that architects must not be defeated by adverse times, no matter how dark the future might look. We are creative people and we will find a way out. I want to share my experience so that, in the coming months, others will be prepared for the good times ahead. There are already calls for less reliance on overseas manufacturing, which may lead to a boom in industrial, warehousing and pharmaceutical companies that will all need buildings designed. Get your promotional material ready.

At the RAIA, we worked to support and promote architects through the recession.

We were inundated with members who were unable to pay their dues. Fortunately, the organization was financially strong and could offer reduced-cost and even free memberships in hardship cases for a couple of years.

In a pre-internet age, we set up seminars around Australia on topics such as “surviving the recession”, “how successful architects make money” and “how successful architects manage their practices”– all related to planning a way out and forward. Many senior architects will remember those seminars from 30 years ago and I have been told on many occasions that they helped many members cope with their own practice traumas. There is strength in sharing experiences.

We also opened Archicentre offices in the RAIA premises around Australia and soon had nearly 1,000 members – or one in every six corporate members – receiving some work and income through this initiative. Sadly that opportunity does not exist today, but there are other opportunities.

The RAIA embarked on an “Australian made” campaign encouraging architects to specify Australian made products. This was partly funded by the Advance Australia Foundation and was embraced by the government, the media and the public as a worthwhile approach to creating Australian jobs. Prime Minister Scott Morrison recently asked businesses to think outside the box to get Australian industry moving again. Architects leading a specify Australian campaign would likely obtain government support once again.

The RAIA sought out other design professions that were doing it tough and one of the hardest hit was the fashion design industry. We offered prize money for The Australian Gown of The Year on the basis that we were part of the judging panel and were given good attribution and media coverage. Architects were seen to be supporting the community and this paid off with government grants and sponsorships.

Despite the difficult times, the RAIA prospered and membership numbers remained at about 70 percent of all registered architects.

I kept a diary of my year as national president and an entry on Tuesday 17 July 1990 – ten days after my inauguration – notes, “I suffered my first bout of depression following a meeting with the Westpac Bank – I can’t keep my practice together, let alone the whole profession.” This lasted for a few days, but eventually I convinced myself that if it was all handled the right way, it could be a real benefit; after all, everybody else was in the same boat and it was good to talk about it.

The mistake we had made in our practice was that we thought we were invincible. If you want to do something, just borrow the money; that was the mantra of the 80s. During the recession, we met with the bank manager regularly, restructured the loan and got everything built. Eventually, we could afford more than sausages and mashed potato. But the practice had been gutted and almost had to be rebuilt from scratch, apart from a fairly impressive list of completed projects. Many of our good staff were gone. It was hard work, but the friendship and support I received from fellow architects and particularly from the national council and Victorian chapter councillors gave me and others the strength in that difficult year to get through it and help many others get through it, too.

This year, Ivo Krivanek and I celebrated 42 years in business and more than 3,000 projects in many different countries. We have survived the 1990s recession, the Asian financial crisis and the GFC, and we have survived them pretty well. We are well set to survive this one too.

Many practices will survive this recession, but they must develop a plan and stick to it. 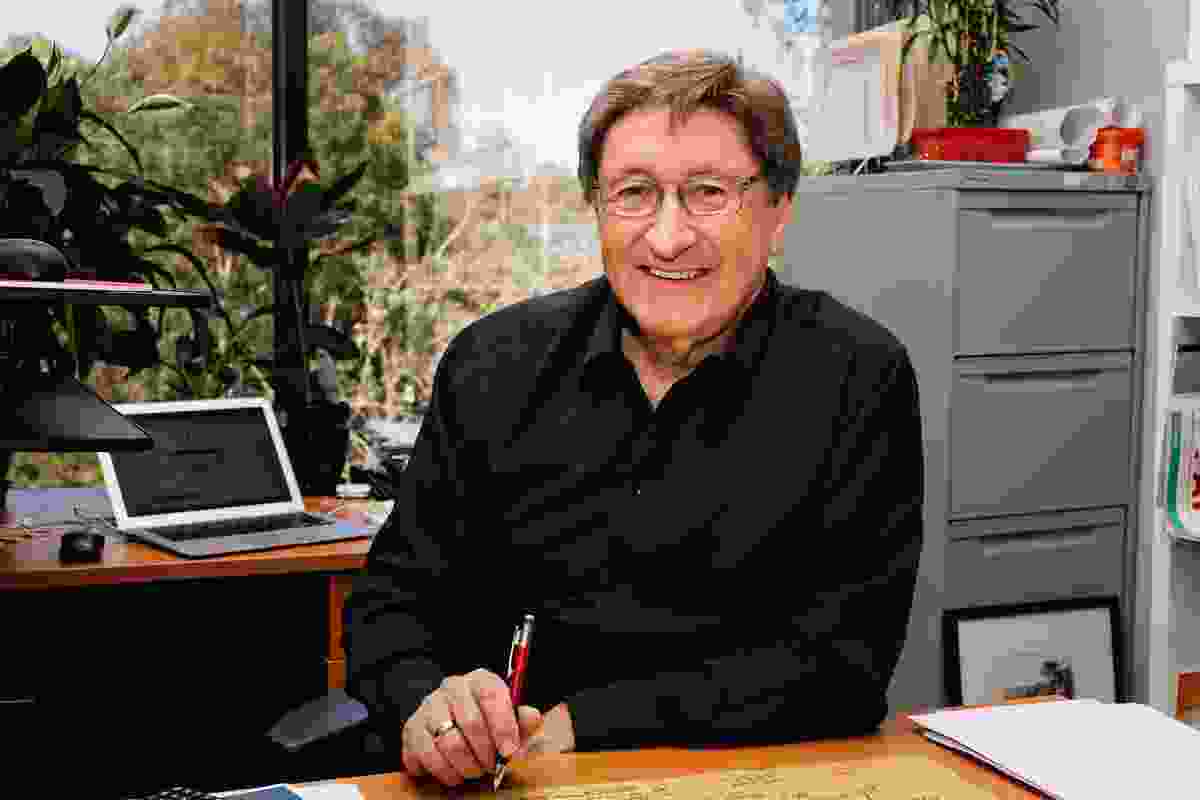