A proposal for a 19-storey hotel that will cantilever over a heritage-listed-former church in Sydney’s Kent Street will be assessed by the City of Sydney’s Central Sydney Planning Committee.

The design by FJMT is an updated scheme of an earlier proposal. In response to concerns that the dramatic cantilever would “overwhelm the curtilage” of the heritage building (known as the Genesian Theatre building), the architects have amended the scheme to reduce the extent of the cantilever and increased the separation between the underside of the cantilever and the apex of the church.

The amended proposal goes back before the City of Sydney’s Central Sydney Planning Committee on 24 October, and is recommended for approval.

Just 200 metres away from the proposed hotel is another planned FJMT project, the seven-storey “cloud” office building, which will straddle heritage buildings at 185 Clarence Street.

In a design report, FJMT describes the hotel project as an opportunity to further “an emerging development typology which utilizes airspace rights over heritage assets.”

“It is located at the western fringe of the city centre, close to the northern end of Chinatown and Darling Harbour, an area of the city which is in flux,” the report states.

The proposed material palette for the hotel includes dry pressed brickwork, precast and off- form concrete and curtain-wall glazing, in order to complement the predominately brick surrounds.

“The podium is materialized in horizontal bands of dry pressed masonry, with a ligree of simple and complex vertical slot windows with deep timber reveals,” the architects state.

“The upper levels of the building are composed of white fritted face glazed curved curtain walls which swoop down dramatically to land on a series of arched concrete portals.”

This move will create “a dramatic and sculptural colonnade through the new through site link and a dry pressed masonry facade composed of vertical glazing slots with deep natural timber reveals.”

The Central Sydney Planning Committee report notes that “The proposal (as amended), achieves a high standard of architectural design that respects the streetscape and heritage building of the site.”

The Genesian Theatre company has occupied the 1868 Victorian gothic church building since the mid-1950s, and will remain there until late 2020, when it relocates to another church. 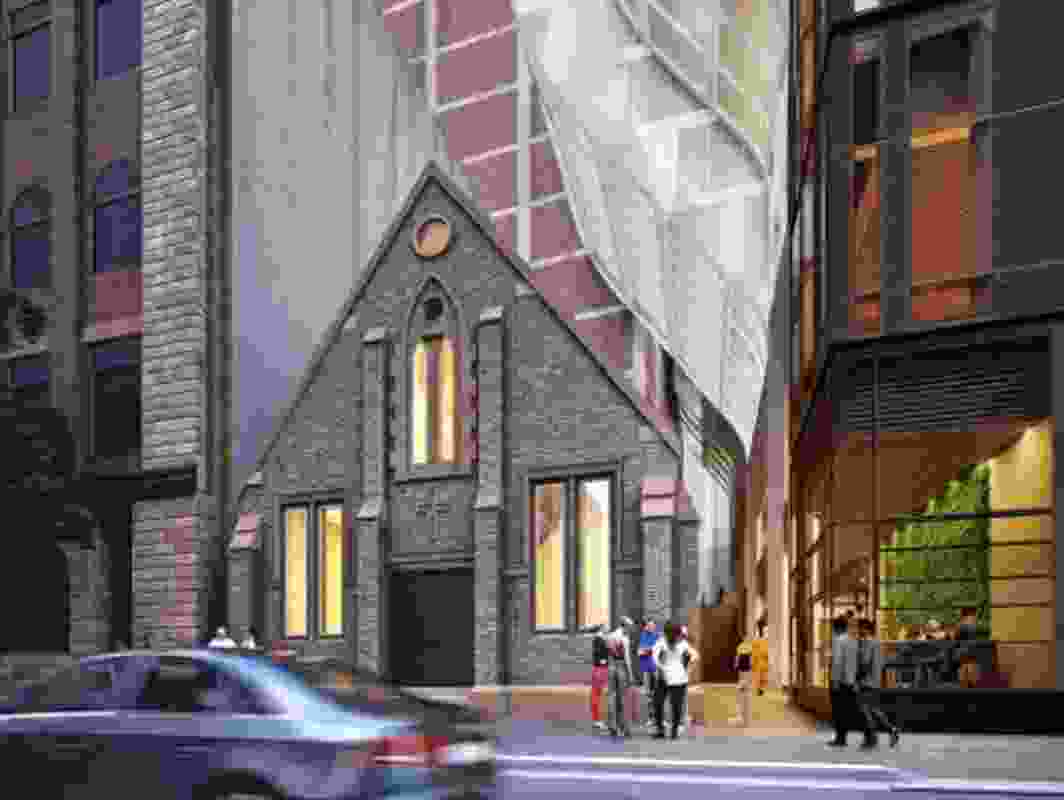 The 199-room hotel development by FJMT, viewed from Kent Street. 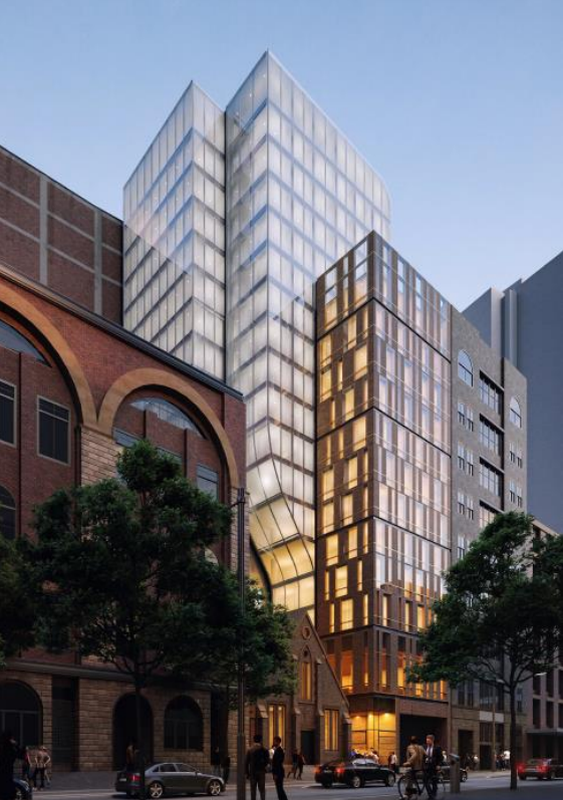