A proposal to illuminate the sails of the Sydney Opera House with images of the Everest horse race has sparked furious condemnation.

Sydney’s Daily Telegraph newspaper revealed details of Racing NSW’s proposal to promote the race, which has only run once before, on the World Heritage-listed building. Sydney Opera House management refused parts of the request because it would contravene its policy on illumination, which is designed to protect its World Heritage status.

“We have said yes to Peter V’landys’s request to put the colours of the jockeys on the sails. I have no problem with that,” she said.

“What we won’t do is put text or videos of horses running or horses numbers or names or the Everest logo on the Opera House.”

However, the NSW government intervened to allow the promotion of the race, which will be beamed onto the sail of the Opera House on 9 October.

The decision has sparked widespread outrage and a number of online petitions calling for the Opera House to be protected from being commandeered for commercial advertising. One petition has attracted more than 250,000 signatures at the time of publication.

Racing NSW estimated the inaugural race in 2017 was worth $100 million to the state’s economy and claims it is being “discriminated against.”

A 2013 report from Deloitte estimates the Sydney Opera House contributes $775 million annually to the Australian economy, and as a cultural and heritage icon, it has an estimated value of $2.074 billion.

The NSW chapter of the Australian Institute of Architects supported Herron’s stance.

“The management of the Opera House have a duty to the people of New South Wales to protect the Opera House from exploitation. We are disappointed that the NSW Government has intervened and instructed them, against their policy, to allow its sails to be lit up with commercially driven material,” said Andrew Nimmo, NSW chapter president.

“The Sydney Opera House is Australia’s greatest building and recognized around the world as perhaps the greatest building of the 20th century, that is why it has World Heritage listing. With that listing comes a responsibility to treat the building with respect and dignity. It is not an advertising billboard.

“The commercial benefit of projecting onto the Opera House is undeniable, and we understand that as a major tourist icon, the Opera House will be expected to lend its prestige in the support of tourism from time to time. However this must be done with the utmost care to ensure that community expectations are met, and the integrity of the Opera House as a cultural icon is maintained and not trashed.

“It seems we are continually seeing the commercialization of major public spaces for the benefit of private commercial gain. We fear that a new precedent has been set where exclusive commercial interests have been supported by government over public benefit.”

Sydney architect Angelo Candalepas also expressed his anger at the decision. “It’s official. Sydney is the Stupid State,” he told ArchitectureAU. “Everything is for sale. When will they start selling their children?”

“If this crass use of our greatest cultural icon is allowed to go ahead - it should be the last time,” he said.

“Sydney is not Las Vegas, and out cultural icons should not be used to help the racing industry make a profit from problem gambling.

“I’ll seek to amend the Sydney Opera House Trust act to remove the ability for a minister to over-ride a decision of the Trust.

“We must stop the culture of a minister picking up the phone on behalf of his mates in the racing industry and telling the Opera House what to do.” 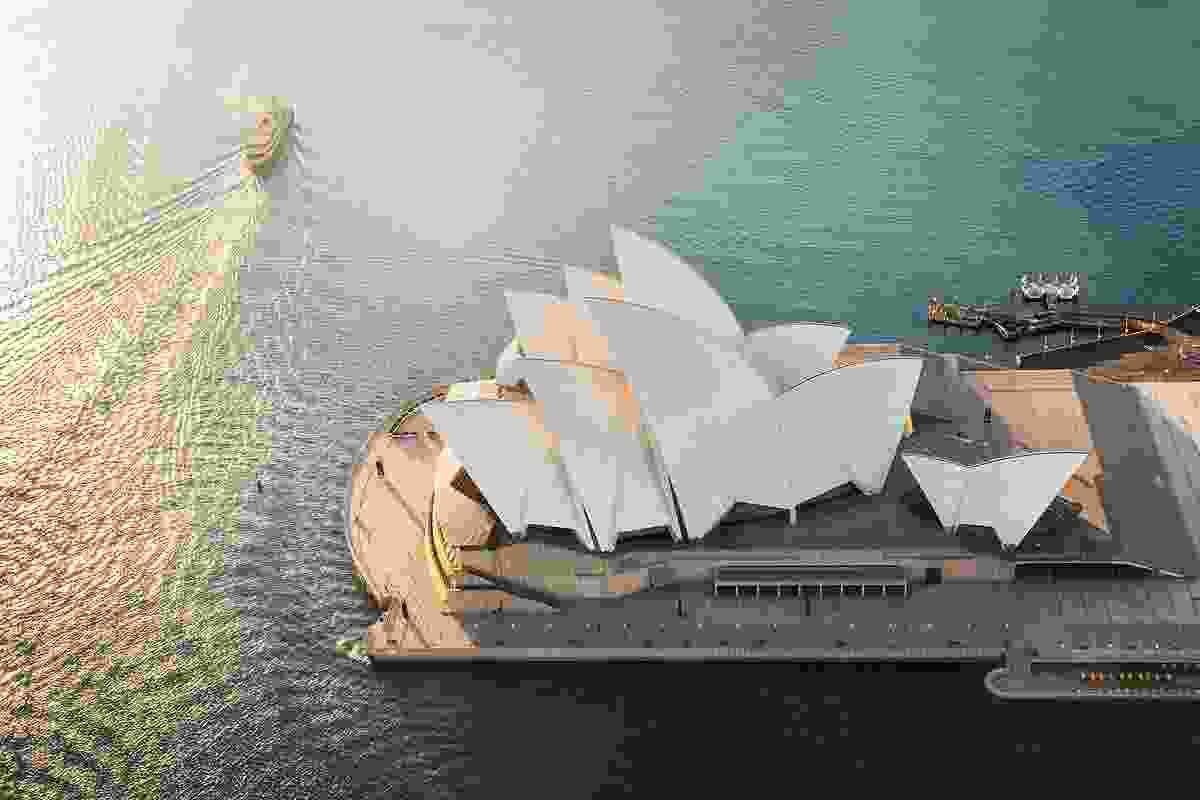