The NSW government has abandoned its controversial plan to refurbish Stadium Australia but will push ahead with building the Parramatta Powerhouse museum after a review of the projects’ viability.

The decision come as the government announced a new $3 billion Infrastructure and Job Acceleration Fund to be used for smaller, shovel-ready projects “touching every corner of the state.”

Around $800 million will be redirected from the stadium refurbishment project to boost the fund.

The government said in a statement that “in the current health and economic climate [the refurbishment project] no longer makes sense.”

Deputy premier John Barilaro said, “An unprecedented crisis calls for an unprecedented recovery and redirecting funding from Stadium Australia to job-creating infrastructure builds is the right thing to do for the people of NSW.”

The Parramatta Powerhouse museum, on the other hand, will still be delivered through the infrastructure pipeline.

Moreau Kusunoki and Genton won an international design competition for the Powerhouse museum in December 2019 with a design based around structural steel lattices.

Premier Gladys Berejiklian had earlier refused to confirm whether either of the projects would go ahead after treasurer Dominic Perrottet told crossbenchers the projects were being reviewed, the Sydney Morning Herald reported.

On 31 May she said, “We are now not only guaranteeing our infrastructure pipeline, we will be looking for opportunities to fast-track projects to provide jobs as early as we can.” 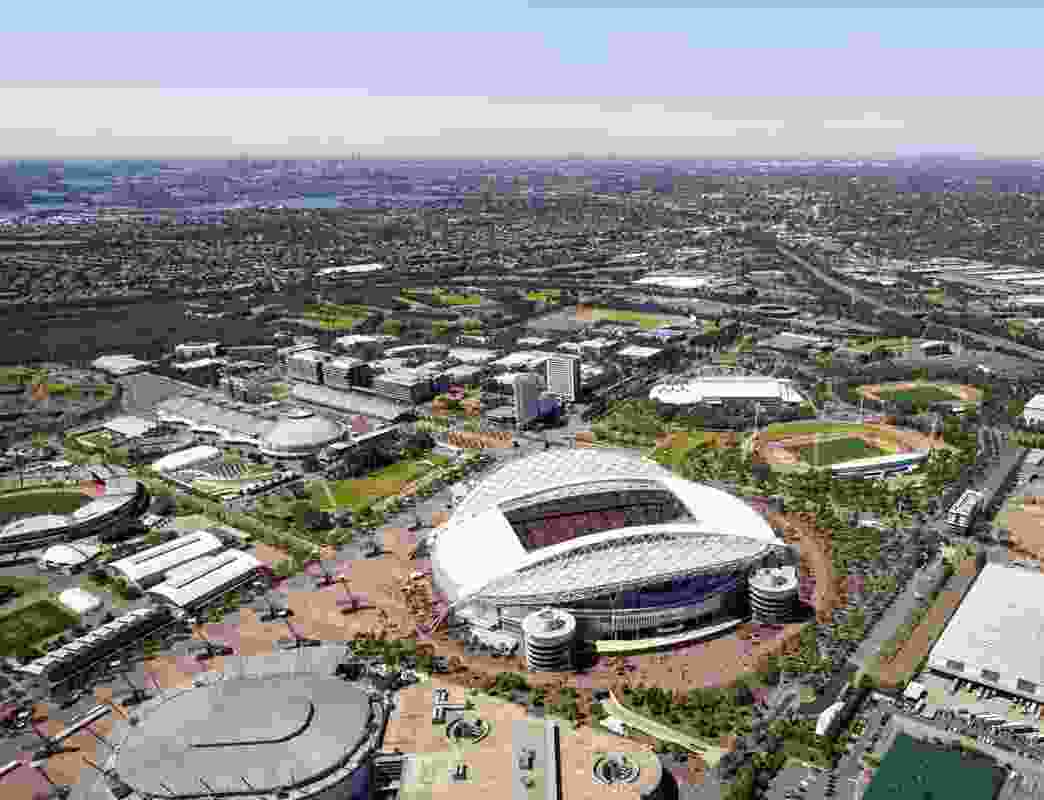 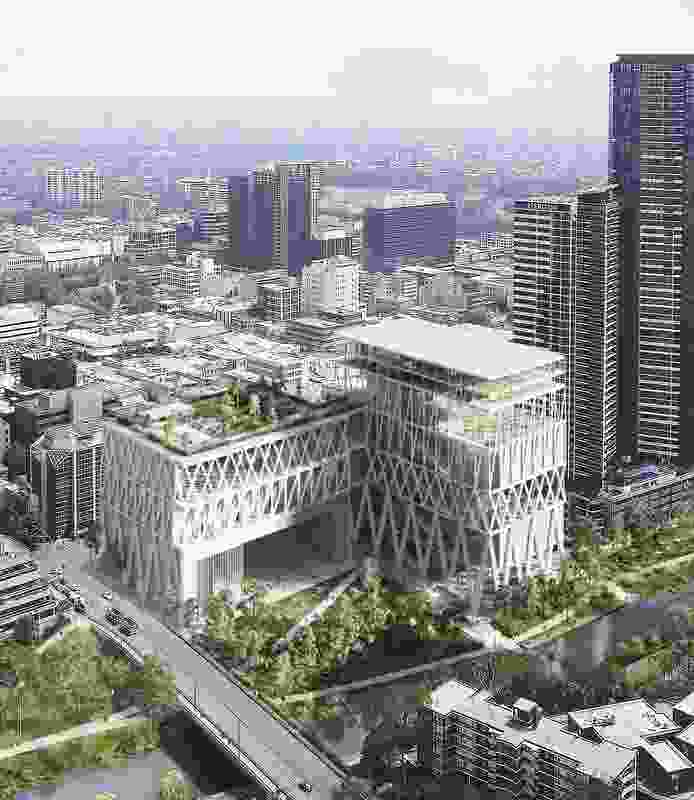 The winning design for the Powerhouse Parramatta competition by Moreau Kusunoki and Genton.