The NSW government has begun a public consultation process on its proposed redevelopment and renewal of Stadium Australia at Sydney Olympic Park.

Originally designed by by Populous and Bligh Lobb Sports Architecture, and known commercially as ANZ Stadium, the venue was was initially included in the NSW Government’s hugely contentious plans to knock down and rebuild two of Sydney’s major sporting venues, with Cox Architecture-designed Allianz Stadium at Moore Park now demolished.

In March 2018, the government decided it would instead refurbish the Olympic Stadium following a business case undertaken by Infrastructure NSW.

The State Significant Development application, available here, outlines the government’s plans to address a number of “deficiencies in the existing infrastructure.”

The refurbishment, designed by Cox Architecture, includes reducing seating capacity from 83,500 to 70,000, and demolition of the north and south facades and seating bowls, which to be replaced with new stands and new roofs, and permanently changing the shape of the playing area from oval to rectangular.

A design competition for the public domain surrounding Sydney Olympic Park was launched in September. 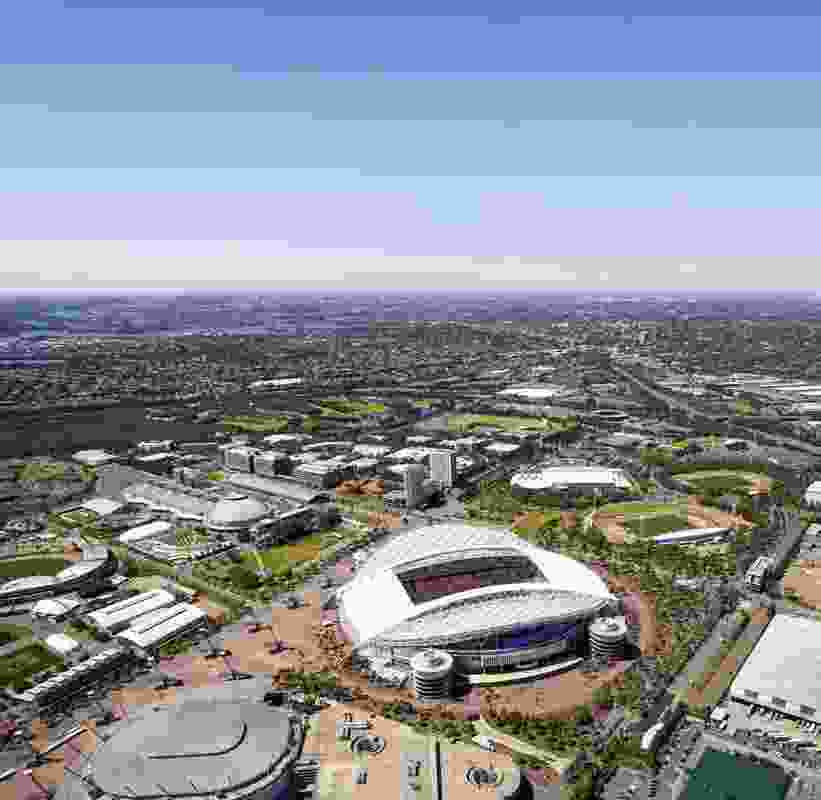 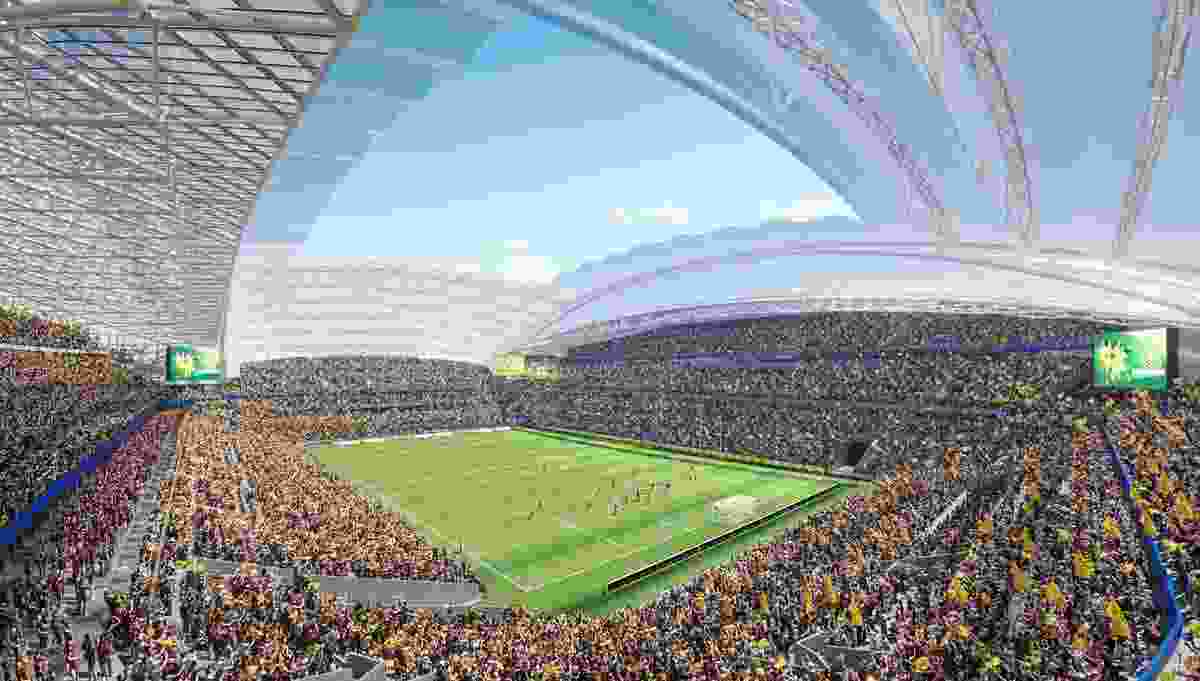 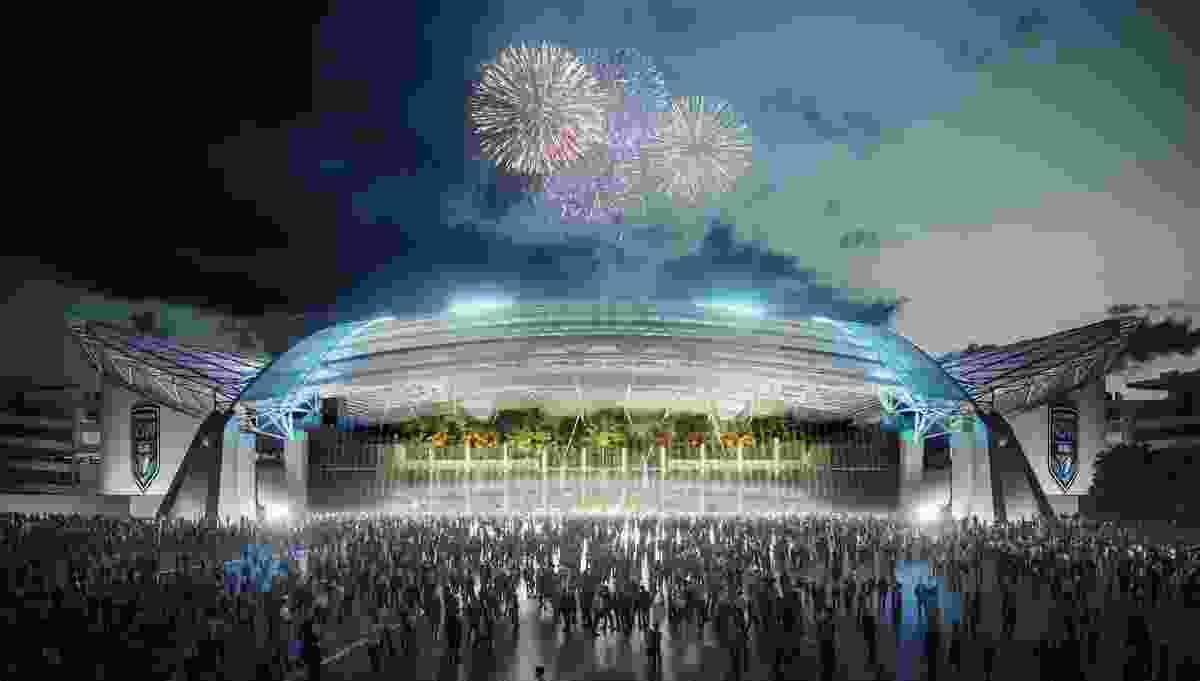