Children are invited to interact directly with the inherent tones and textures of a simple set of natural and naturalistic materials.

Small but perfectly formed, Tall Tree Park is the children’s playground at Elysium residential estate at Noosa Heads. At first glance it looks like an architectural folly – only a few elements are instantly recognizable as conventional play equipment and these have been woven into the elegantly robust and sharp-shadowed lines of hardwood and concrete. A landscape of challenge and discovery, it sits quietly at some considerable distance from the houses, which have all been designed by hand-picked Australian architects, each ostensibly exemplifying a kind of Noosa-centric, south-east Queensland regionality. The whole estate was masterplanned by Cox Rayner, who also designed the community facilities. Tall Tree Park is part of the set of common amenities, which also includes a community building, a sports centre and other recreation-based structures for barbecues and picnics. EDAW (now AECOM) was the landscape architect for the estate and worked in collaboration with Cox Rayner architects Rebekah and Casey Vallance on the design of Tall Tree Park.

The wistfully empty distance between the play space and the assembled residences is not intentional. Tall Tree Park, along with the various other community infrastructure elements, was to be nestled in between the natural landscape and the demonstrative dwellings. Instead, with the Elysium vision of creating an uber-Noosa in receivership and a fairly limited proportion of the estate developed, for the time being at least, this strange situation exists. While bound by lots-in-waiting on two sides it is a little difficult to imagine how this little park will feel once the estate is at its intended density. The resolution of relationships of meaning on some key terms, then, is in abeyance.

Taking a larger view, what is arguably revealed is a dysfunctional aspect in the relationship between ambition and economics when it comes to community building. The delightful little world of Tall Tree Park, while in its current state of isolation, does turn the relationship into a question. Until the dwelling plots shed their ghostly aspect and become firm house forms, the idea of nature as a retreat from architecture, offered by the architects as the underpinning master strategy for locating the common elements at the edges (and in some cases out of sight) of the residential areas, does not register here.

Setting the somewhat surreal emptiness aside and focusing on the experience of the park itself, a very simple and satisfying set of relationships unfolds: the formal linearity of the constructions and the soft undulations of the land; the comfort of the supervisory distance between the related picnic pavilion and the space of children’s play; the easy ambiguity of the built elements, suggestive of what children might do and never prescriptive. Is the concrete element at the head of the line a tower? Is it a fort or a bunker? Is it a launch pad for some ambitious jumps, or for watching the sunsets and moonrises, or for spying on the adults? My six-year-old daughter who accompanied me on a visit to the park took her own notes: “The basics: two swings and a slide. A flying fox.” Then below a line, she wrote out a whole list of what could be done with everything else, and my guess is that no child’s list of potential activities would be the same.

Also appreciable is the supple association between hard and soft elements in the park and this emerges clearly in the behaviour of children. The firm line of play elements sits quite distinctly in the park on its platform of sand. The focus of first attraction and energy, it presents the clearest challenge. After a while, though, energy dissipates and the solid footholds of concrete and timber give way to greener paths and become part of a larger loop of activity, which includes mounds and depressions in the grassy surrounds, and the suggestive forms of stone boulders placed carefully in the space.

Tall Tree Park calls to mind the philosophy of the Reggio Emilia Approach, which emphasizes the role that the environment can play in learning and the development of a child’s understanding of the world. Architects Rebekah and Casey revealed that they drew on their own memories of childhood to imagine this architectural play world as they quietly referenced semi-rural idylls and inner-city parks and the mysterious spaces at the bases of Banyan trees. Also important is the idea of making structures that give the impression of a “decaying” integration into the natural landscape and this has shaped the formal outcome and the detailed selection and disposition of materials. On these terms, Tall Tree Park is an education in structure and form for young players as children are invited to interact directly with the inherent tones and textures of a simple set of natural and naturalistic materials. No plastic or powder-coated primary colours vibrate in the visual field; no rubber softfall surfaces interfere with the elemental experiences of timber, off-form concrete, sand and grass as they frame and fringe into the native landscape. As a “third teacher” the place constructed for children at Elysium is full of affordance and opportunity for enticing discovery in a richly aesthetic setting. 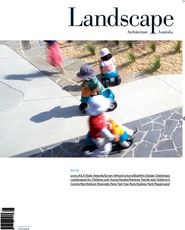 The new Brisbane headquarters for AECOM by BVN Donovan Hill brings together staff from across nine separate locations into a single cohesive space. 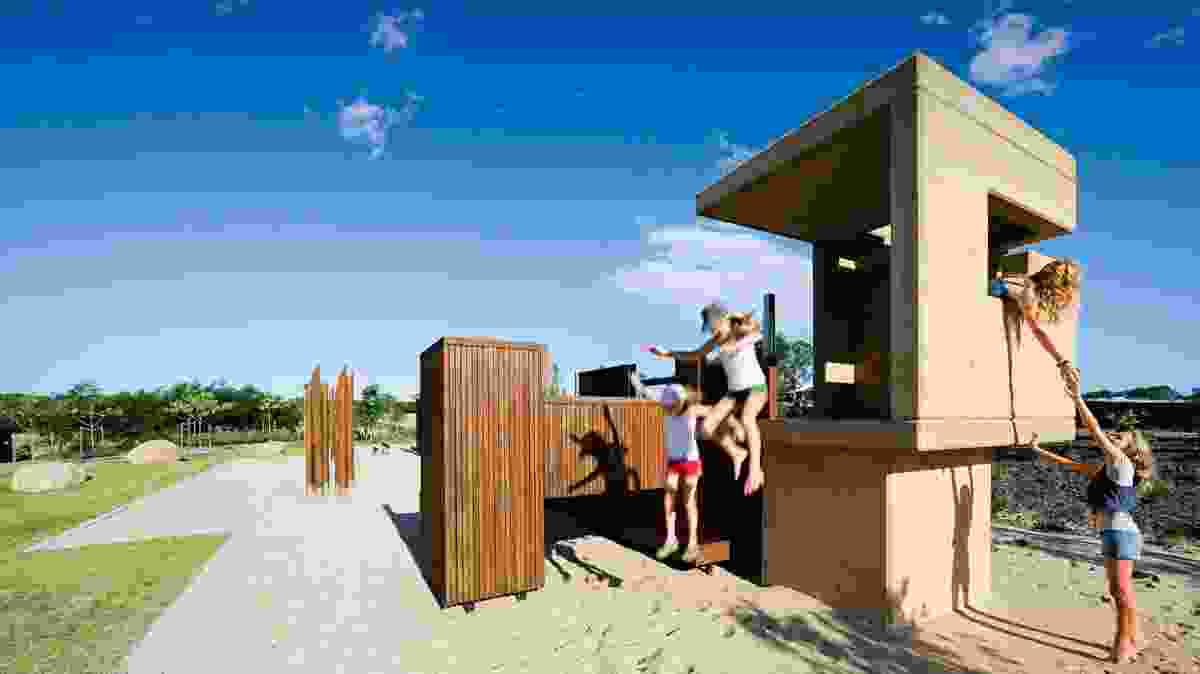 Children are invited to interact directly with the inherent tones and textures of a simple set of natural and naturalistic materials. 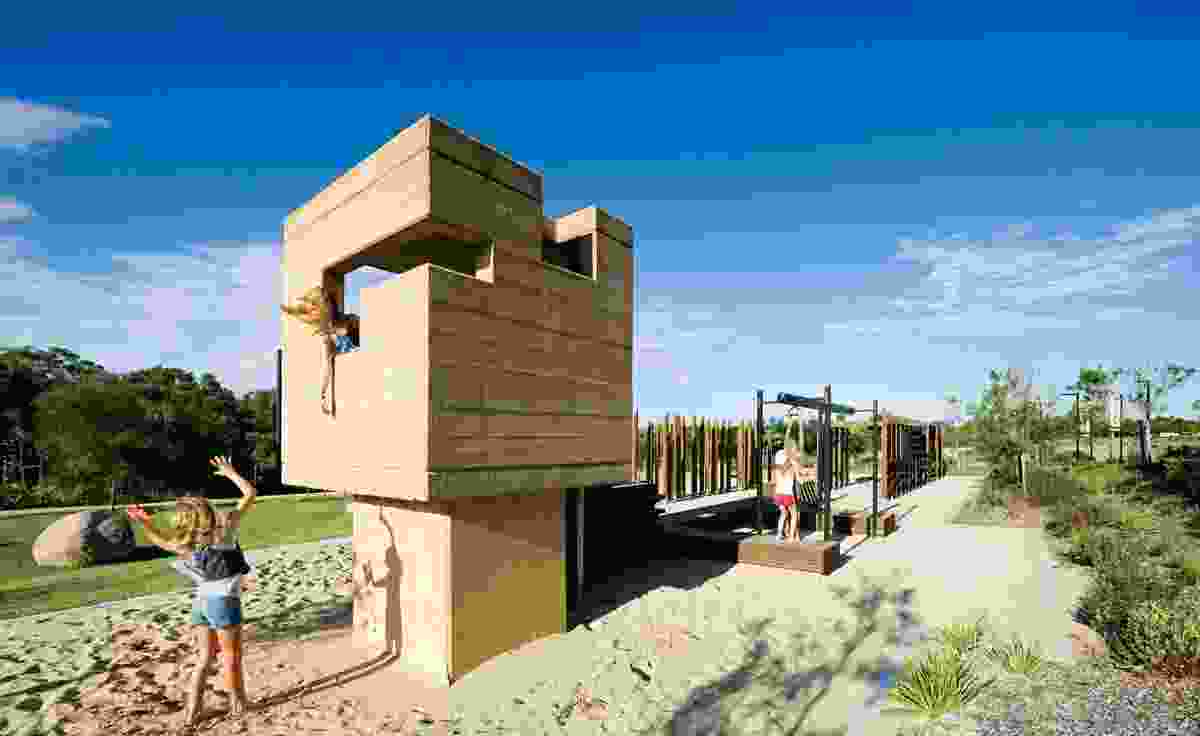 The firm line of the play elements sits quite distinctly in the park on its platform of sand. 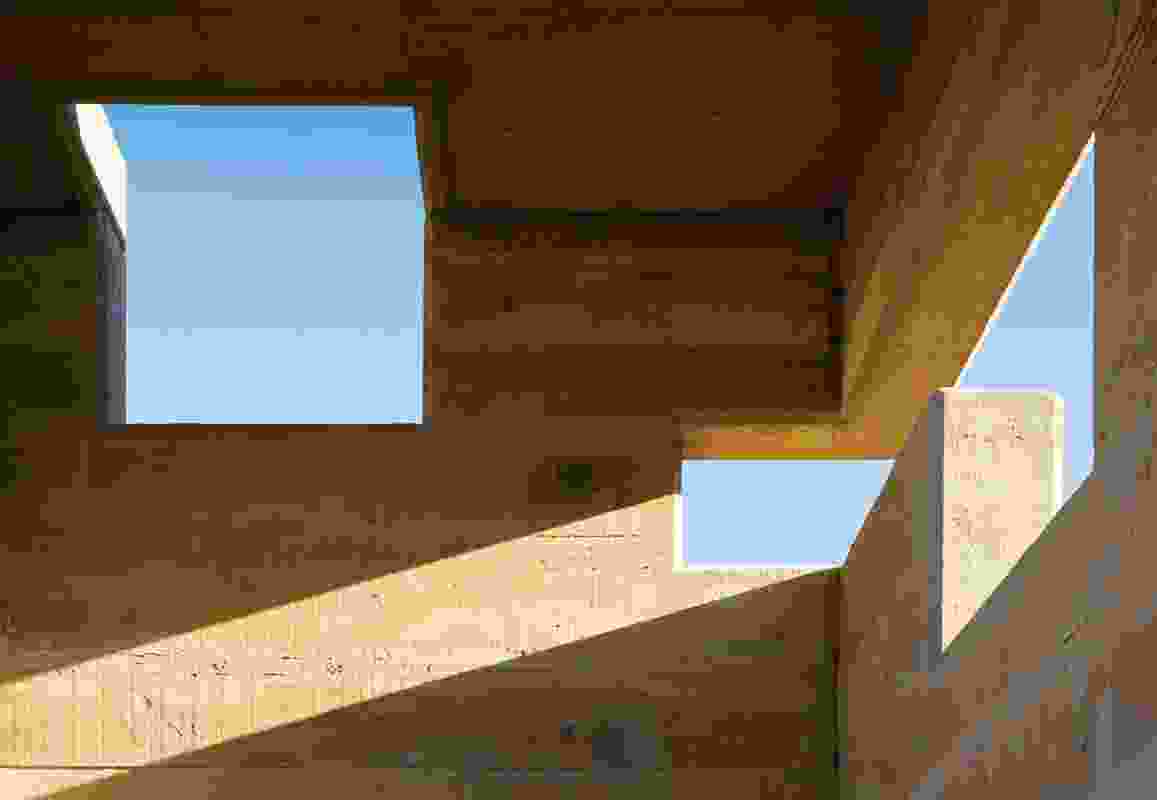 Elemental material experiences frame and fringe into the native landscape. 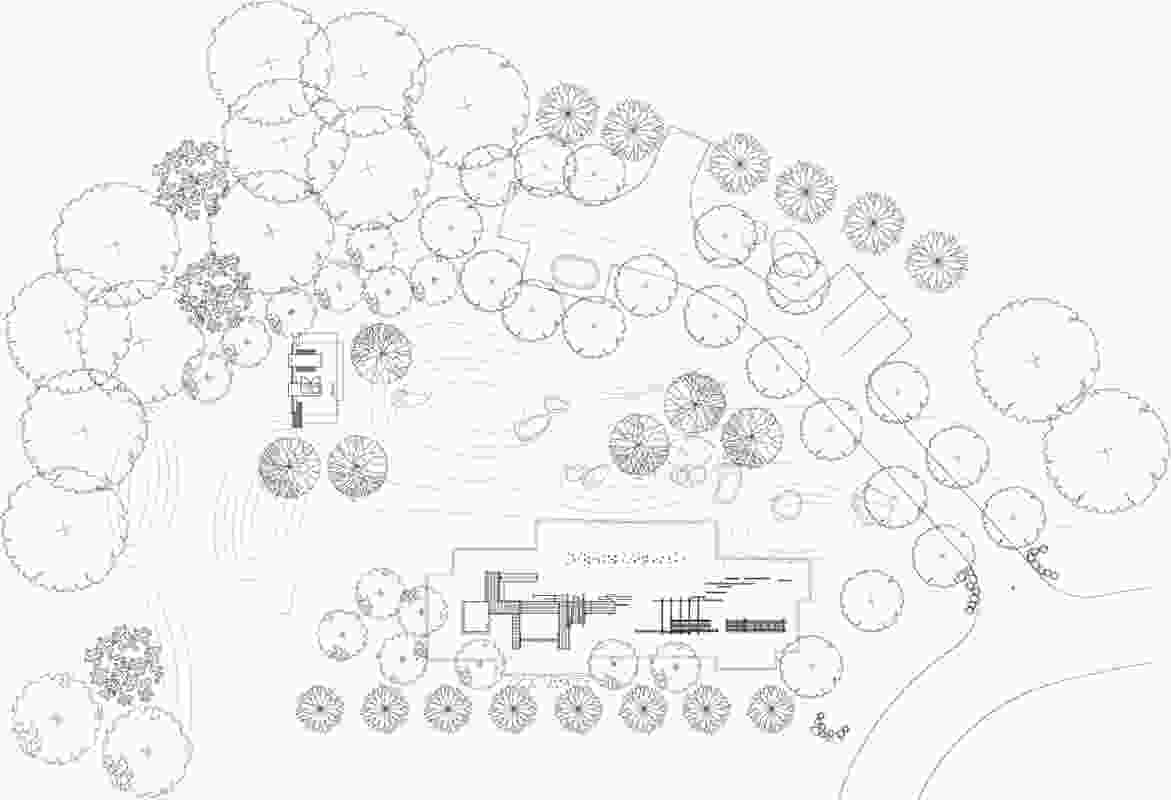