The City of Launceston has approved a proposal for an art gallery, café and workshop, to be constructed inside a 19th century gasworks.

Designed by Richard Hall Architect, the proposal retains most of the historic gasworks and would largely sit within the cylindrical structure.

The first four floors would contain the gallery, with a café on the ground floor. The top floor would contain a restaurant. An art storage space would occupy the fifth floor and separate the restaurant and gallery levels.

Now defunct, the gasworks have existed on the site in some form since the 1860s.

The Tasmanian Heritage Council approved the proposal, on the condition that a number of external elements be made transparent, to “reduce the extent to which the new work conceals the cylindrical form and framework of the historic gasholder.”

Architect Richard Hall told the Examiner that the condition of the site made the project a challenge.

“The existing concrete ring is six-foot high. We’ve got to be able to access that,” he said. “I’m doing my very best to keep all the original structure there, which we have. And obviously heritage loved that.” 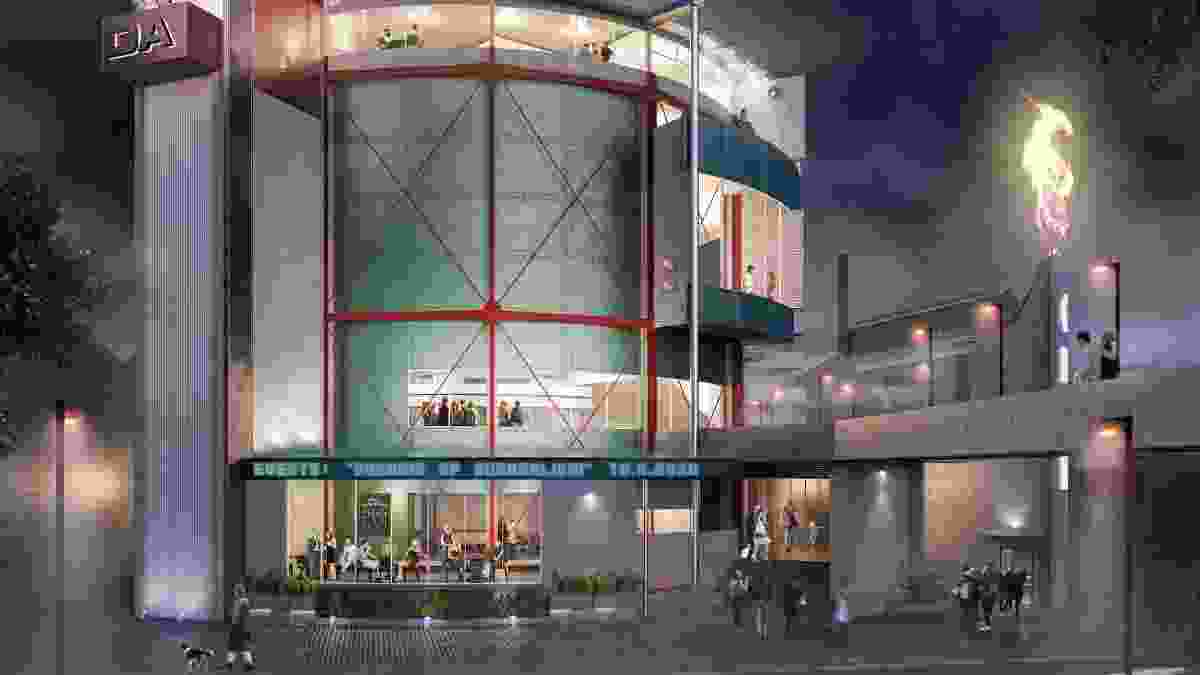