A consortium led by landscape architects Taylor Cullity Lethlean (TCL) that includes Troppo Architects will masterplan the redevelopment of Darwin’s major public squares, as part of a project agreed to under the Darwin City Deal.

The $200 million deal, announced in December 2018, includes plans to refresh and redesign Darwin’s public spaces in an effort to cool the city.

Part of this will be the $37 million redevelopment of State Square, which will replace bitumen car parks with a landscaped park. A new multi-level car parking structure buried beneath the square will replace the lost parking space.

In a statement, TCL said, “The square in Darwin’s central civic district has been used as a carpark and has been criticised for being hot, disjointed and unattractive.”

Lisa Howard, TCL director, said, “We are thrilled to be working on such an important project for Darwin.”

“We imagine a square that reflects all that’s great about Darwin and the Territory – its extraordinary landscapes, rich cultures and unique way of life.”

The City Deal also involves the long-planned construction of an art gallery near State Square. In 2015, the territory government unveiled designs for a fine arts gallery by DKJ Projects Architecture and Fender Katsalidis Mirams on the site of the Chan Building (the former home of the territory’s legislative assembly). The government will commit $50 million to deliver the gallery as part of the masterplan for State Square.

Eva Lawler, the territory’s infrastructure and planning minister, said, “By building on the cooling projects underway around the CBD, we will create more open, green spaces for people to meet and experience the Territory’s outdoor lifestyle.”

Other parts of the City Deal include a new campus for Charles Darwin University (CDU), which would include integrated student accommodation and university administration facilities. Hames Sharley have produced indicative designs of the campus. The campus would be part of a broader “iconic new education and civic precinct,” which will be funded by a federal government commitment of up to $97.3 million.

The masterplan will be delivered by mid-2019. 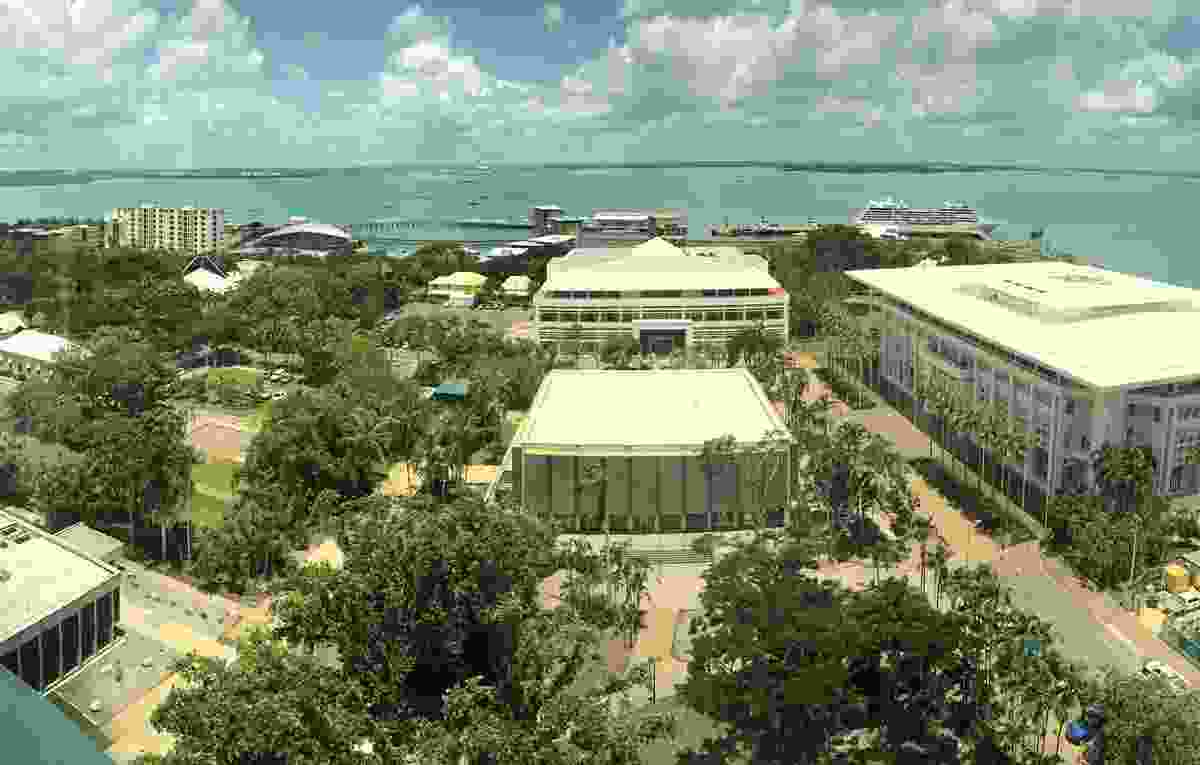