Out from under: Teneriffe House

In rethinking the “raise and build under” renovation strategy so often applied to Queenslander houses, Vokes and Peters has added an elegant layer to the narrative of this historically rich dwelling.

The delicate timber structure of the old Queenslander house has been rotated 90 degrees and raised onto concrete stumps.

As a visitor to Brisbane, I’ve noticed that the city’s body of residential architecture offers a greater sense of openness and generosity to the suburban streetscapes than elsewhere in the eastern states. This reflects the people who call Brisbane home and the balmy subtropical weather, which genuinely permits a life lived outside. A wonderful exemplar of this openness and generosity in design is an alteration and addition to a 1909 homestead by eminent Brisbane architect and artist Alexander Brown Wilson (1857–1938). Perched on a hilltop in the riverside suburb of Teneriffe, this home most recently functioned as a mental health hostel, modified from the original dwelling to sleep as many people as possible, including the enclosure of all the verandahs to create dormitories. The clients recognized that this old Queenslander house had a “special spirit” about it and engaged Vokes and Peters to bring it back to life and return it to the city.

In the 1980s, the “raise and build under” extension became a preferred approach to renovating in Brisbane. For dwellings within the council’s Traditional building character overlay, raising a house (where the new height does not exceed 9.5 metres) and building under it is considered “minor building work” and there is no requirement for assessment against the planning scheme (Brisbane City Council website). This might explain why I’ve passed by so many inadequate “up and under” extensions during my visits to Brisbane. The lower levels are often designed as second-rate spaces, with the main living areas located on the upper level. This leads to a variety of unfortunate consequences; in particular, the garden can be abandoned, rather than used as an extra space for family life. There are, of course, exceptions to this and some local architects have been clever in rethinking the renovation strategy to yield elegant and satisfying results.

Architect Stuart Vokes and his team at Vokes and Peters have spent many years trying to avoid “raise and build under” extensions, but for the Teneriffe House alteration and addition, they approached the project as a way to experiment with a set of alternative design solutions that might avoid “the failures of raise-and-build-unders.”

The architects raised the house by 600 millimetres, composing the building as a delicate timber structure on concrete stumps. The upper-level timber floors have been restored and painted white, while the ground floor has been treated as a “shadow” underneath the home, constructed from concrete, including the pool arbour and garden walls. This anchors the building into its setting, with all the main living and cooking spaces spilling into the surrounding garden.

Responding to their belief that “the spirit of old buildings is in their emptiness,” the architects emptied the plan by removing all interventions for a more meaningful reading of and connection to the original building. This involved stripping out the extra bathrooms and bedrooms that had been inserted for the home to function as a mental health hostel. The three-storey addition to the home has been treated as an elaborate stairwell that allows the build-under level to be connected to the original building on the first floor and the new apartment in the attic space. As well as being a circulation space, this three-storey volume mediates between the house and the garden on all levels. When the team was about 75 percent through the design and documentation phase, the client suggested that the house be rotated by 90 degrees. This not only made the internal functions of the home more efficient, it also meant that the existing building re-engaged with the remaining historical cottages at the top of the hill, turning its back to the less-than-adequate developments further down the street.

The design of this home accepts that, as humans, we need a variety of spaces – light or dark, intimate or vast, for mindfulness or day-dreaming – depending on what we are doing, the time of day, how we are feeling, or who is occupying the house. The commitment to this approach to design is most clearly evident in the changing way that you experience the home’s setting as you move through the levels. Stuart sees clear distinctions between “landscape” and “garden” – where “landscape” is a place of prospect and dreaming, while “garden” is a place for mindfulness and refuge. The garden’s role is to mindfully connect people with their setting and Vokes and Peters has created a series of outdoor rooms in this garden that are part of daily life and allow for nourishment of the soul.

At the other end of the spectrum is the apartment in the attic space, which is light and bright, with views out across Brisbane and to the horizon beyond. Like a Robert Brownhall urban landscape painting, the view is purposefully framed by a series of sliding windows and this is a place for letting your mind wander. This apartment wouldn’t be used every day, but might be a semi-private space for visiting family. Similarly, on the ground floor, there is a self-contained area for guests, or perhaps, in time, for the clients as they grow older in the home.

Astute planning and strategic thinking are at the heart of this design – it is not a small house, but the generous proportions aren’t taken for granted. As dedicated custodians of the dwelling, the clients had a strong interest in ideas and design thinking, and wanted to make sure that “they did the right thing by this house.” Vokes and Peters’ extension adds an elegant layer to the historical narrative of the home itself, but also its neighbourhood setting. This home is a delight to spend time in, throughout night and day, the changing weather, the practicalities of a daily routine and moments spent reflecting in the garden.

Out from under: Teneriffe House 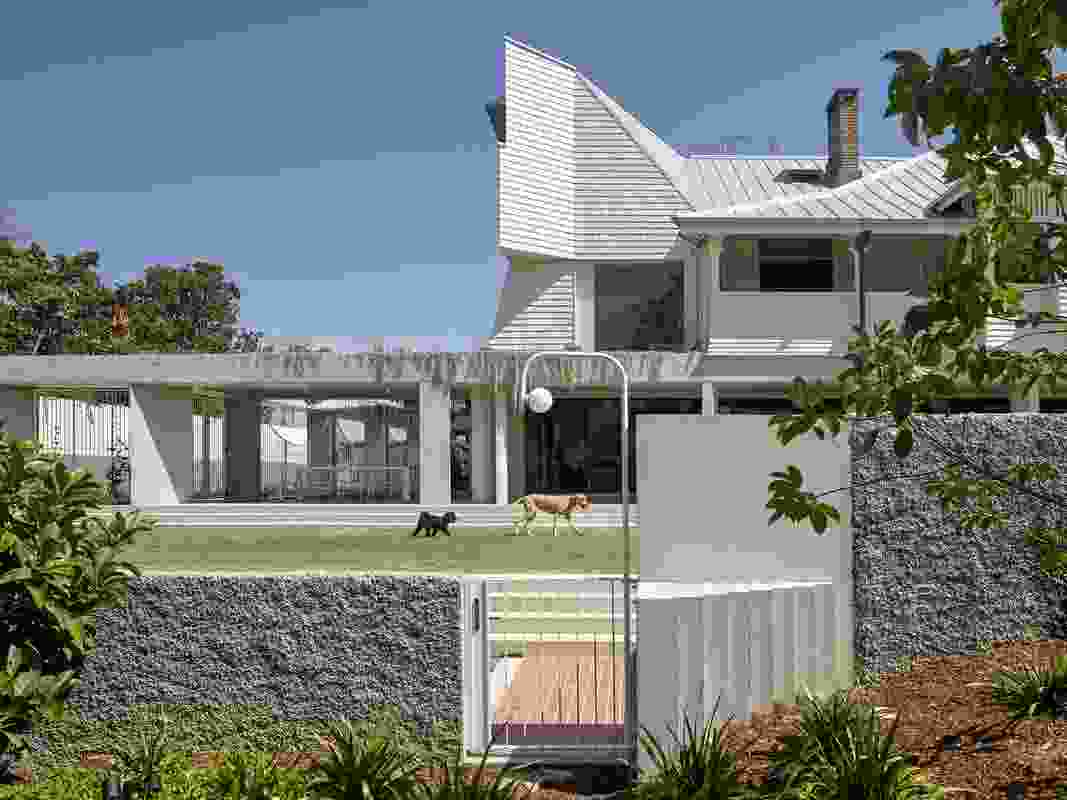 The delicate timber structure of the old Queenslander house has been rotated 90 degrees and raised onto concrete stumps. 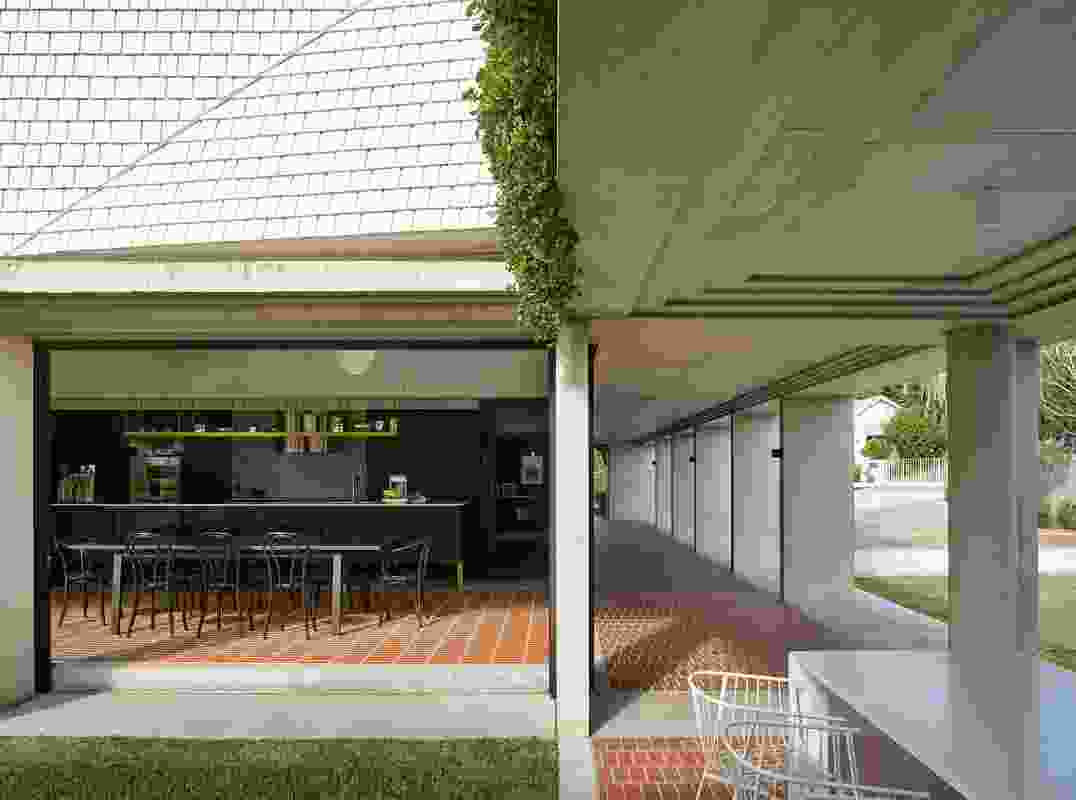 The main living and cooking spaces spill into the garden. Artwork: Dai Li. 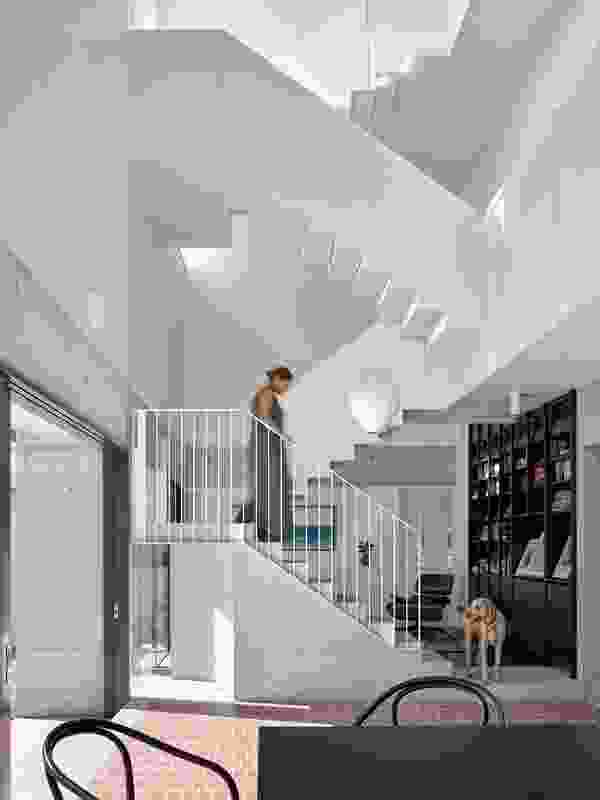 The home’s new volume is defined by an elaborate stairwell. Artwork: Robert Brownhall. 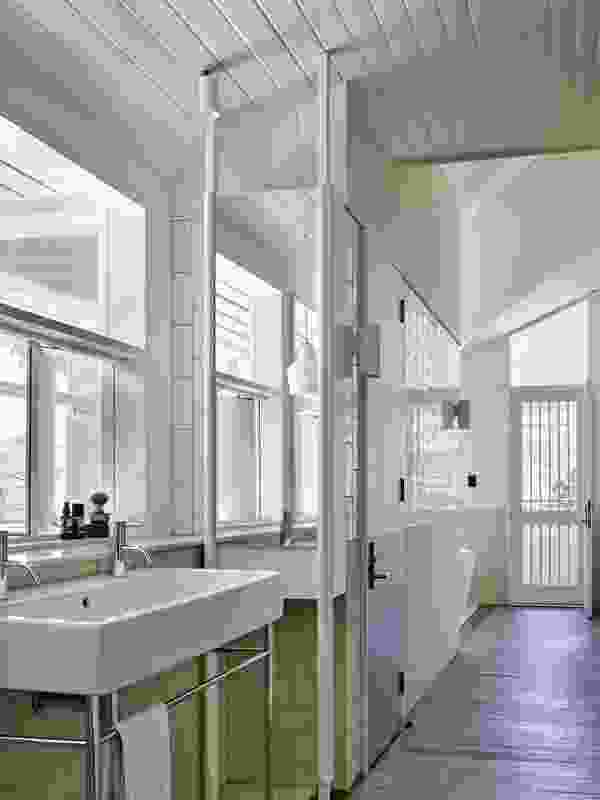 On the upper floor, the former mental health hostel’s tight cellular plan, consisting of numerous bedrooms and bathrooms, has been opened up. 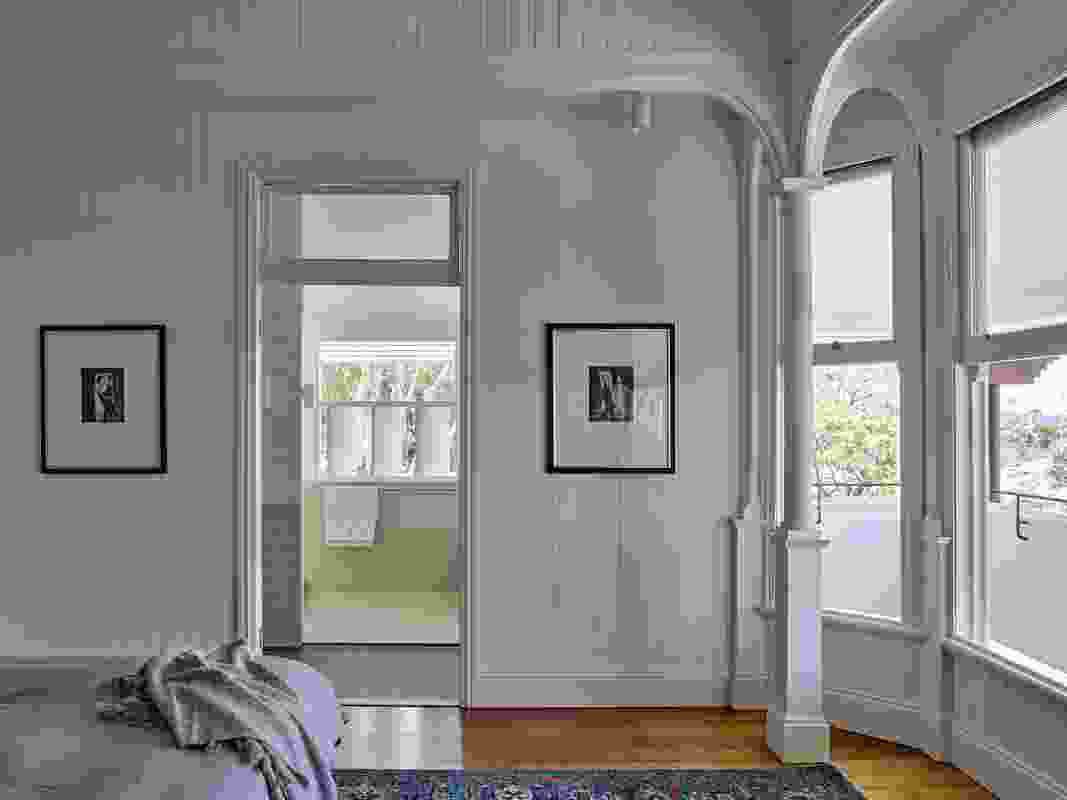 By removing past interventions, the architects have fostered a more meaningful reading of the Federation- era building. Artwork: Gary Shead. 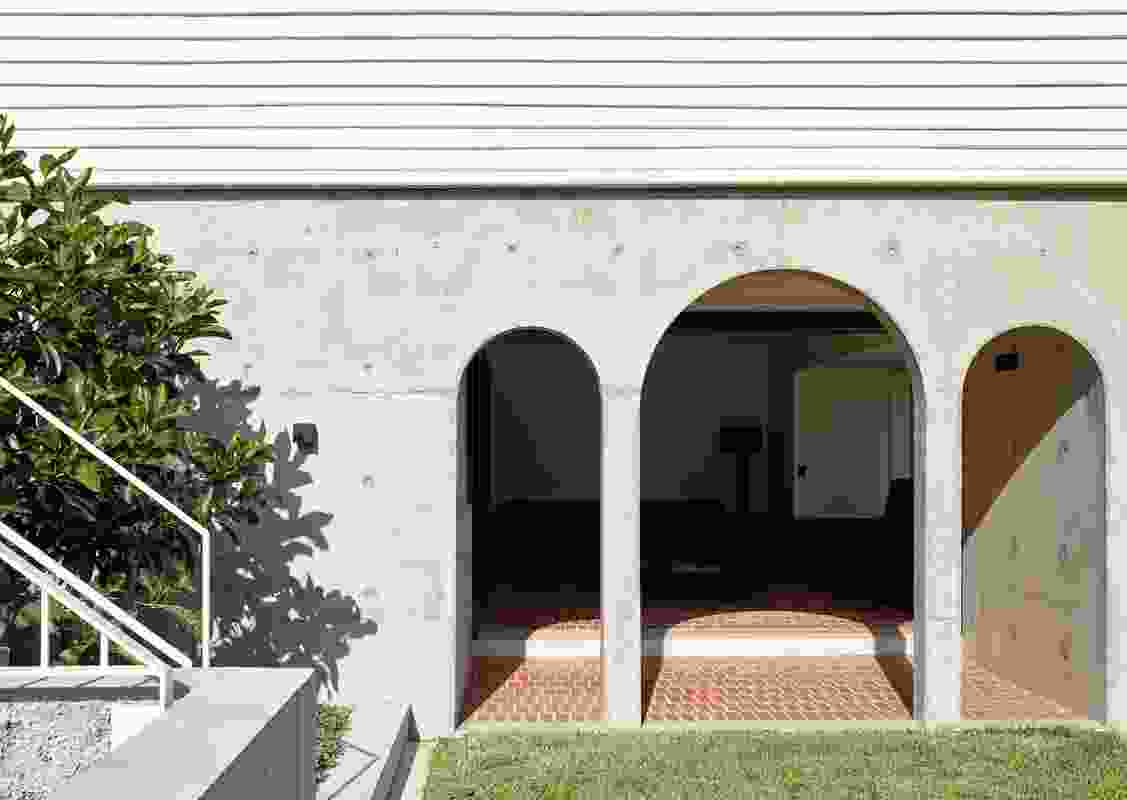 A variety of spaces – light and dark, intimate and vast – have been etched into the home.