Philip Goad casts light on an award that honours the past in relation to a study on post-occupancy.

In 2003, the then RAIA established the National 25 Year Award, to be selected by the national awards jury from the state chapter 25 Year awards. The inaugural winner was the Sydney Opera House (1957–73), with both Jørn Utzon and the firm of Hall, Todd and Littlemore acknowledged as architects. The jury citation announced the building “as an exemplar of the great contribution that architecture can make to a city and a nation,” whose “design has remained timeless and has stood the test of time.” Most people would agree, and the virtue of the award lent further support, specifically from the architecture profession, to the ultimately successful bid to UNESCO for the Sydney Opera House to be nominated for World Heritage Listing in 2004. The award was a special form of post-occupancy evaluation. It was a peer-reviewed acclamation that could serve several useful purposes, not just as a primary recognition of architectural excellence, but also as a vehicle for institutionalizing and giving credibility to the profession’s support for recent buildings’ heritage significance.

The 2004 award went to Glenn Murcutt’s Kempsey Farmhouse (1975, 1980), which the jury described as “seminal to the development of contemporary Australian housing” and as “an icon which enthused other architects, both in Australia and abroad,” noting that “little or nothing has been done to the house since that time [1980].” These first two awards were notable for their similarities and differences in jury rationale. Both tick the box of longevity, as if being unchanged is a measure of success. The life of each building has stood still (more or less) and its occupants appear to continue to find validity in its original form, arrangement and functionality – a phenomenon worth celebrating. The difference between the jury citations is that the Sydney Opera House was considered timeless. It conforms to traditional concepts of permanence and monumentality. The Kempsey Farmhouse was recognized for its contribution to the development of ideas. Its significance lies in influence. So, for the moment, all is fine. The award has the flexibility to identify a bearer of ideas or an artefact that eschews the boundaries of time, and both buildings were able to clear the hurdle of twenty-five-year intactness.

Yuncken Freeman’s BHP House (1967–72) won the 2005 award and Robin Boyd House II by Grounds, Romberg and Boyd (1957–9) won in 2006. BHP House fell into the ideas camp; the jury found that it “set new standards for multistorey office buildings in the 1970s,” while in terms of time “the building is still impeccable to this day.” The Boyd house did likewise. It was regarded by the jury “as an exemplar of [the] highest ambition of domestic architecture” and was “unchanged from the era when the Boyds occupied it.” The award in 2006 also lent support at the time to the campaign (again successful) for the house not to pass into private hands, but to remain publicly accessible through the Robin Boyd Foundation.

In 2007, the award changed its name to the 25 Year Award for Enduring Architecture and it’s been that way ever since. The 2007 recipient, Edwards Madigan Torzillo Briggs’s High Court of Australia (1973–80), was lauded as “one of our nation’s most outstanding examples of modern architecture.” The jury noted that “it remains a wonderful and cherished working and ceremonial environment.” However, this latter comment, perhaps the most ringing endorsement in terms of conventional post-occupancy evaluation, is a claim made presumably without a deep analytical study. While there might be some truth to it, the jury’s detailed citation emphasized many other positive aspects of the building, so much so that one perhaps should not dwell on such a comment, but it does raise the issue that the award is perhaps best targeted to an evaluation that a small jury of eminent professionals might reasonably undertake.

This point of functionality and judgment of ongoing status came up again in the citation for the 2008 award to Vivian Fraser and the NSW Government Architect’s Office for The Wharf at Walsh Bay. The jury chose its words more carefully, highlighting the building as a clever example of urban design, conservation and adaptive reuse and relying on an evaluation by the demonstration of continuing use: “The Wharf remains an essential community and tourist facility after more than two decades of continuous, robust use.” The 2009 award was different because the Sidney Myer Music Bowl (Yuncken Freeman Brothers, Griffiths and Simpson with engineer Bill Irwin), completed in 1959, had survived and had even been enhanced by an award-winning upgrade in 2000 by Greg Burgess, hence flouting the frozen-in-time rule. The jury found it to be “an architectural engineering triumph perhaps without equal in Australia.” In 2010, the award went to Hobart’s Supreme Court Complex by Peter Partridge and the Tasmanian Department of Public Works. The jury highlighted the contextually driven sandstone design as “an exemplary, enduring piece of public architecture” and noted its “remarkably original order.” The significance of the 2010 award was that both state and national 25 Year Awards brought the Partridge design, an undiscussed masterpiece, out of the cold and to national attention, in effect to a new audience.

The reason for this somewhat laboured account of the 25 Year Award is to highlight the perhaps unintentional fluidity, even looseness, of the evaluation process and as a result its immense value. The other aim is to urge future juries, especially at the state level, to continue to use this award strategically and with some force. Peer review such as this might not have been able to prevent the destruction of part of John Andrews’ internationally important Cameron offices (1968–76), given the groundswell of user and political opinion against them, but it might have stopped the desecration of his brilliant American Express Tower (1971–6) in Sydney. It might bring to light relatively unacknowledged works like Myron Goldsmith (SOM) and Lund Hutton Newell Paulsen’s 80 George Street, Brisbane or celebrate the seminal contribution to Australian culture that was made by Edmond and Corrigan’s Church of the Resurrection, Keysborough (1974–7), a building that through a loophole in Victoria’s Heritage Act (i.e. exemptions for liturgical purposes) is currently in danger of irreparable change. This is not an argument for rejecting the outcomes of conventional post-occupancy evaluation, where the successes and shortcomings of design can be identified. Instead it is an argument for broadening its definition. Post-occupancy evaluation needs to be seen as a guide to future change, something from which we can learn, but it is also a potential tool for identifying, celebrating and protecting our recent past. 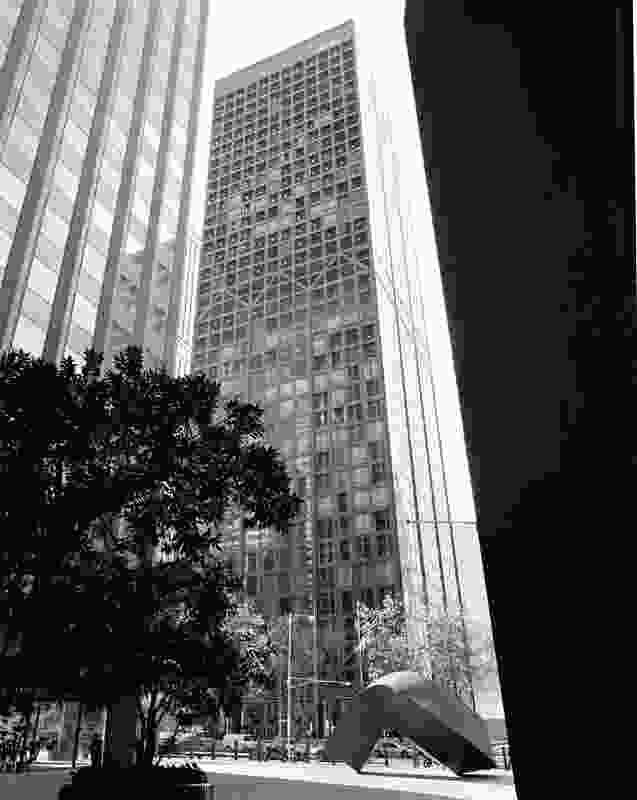 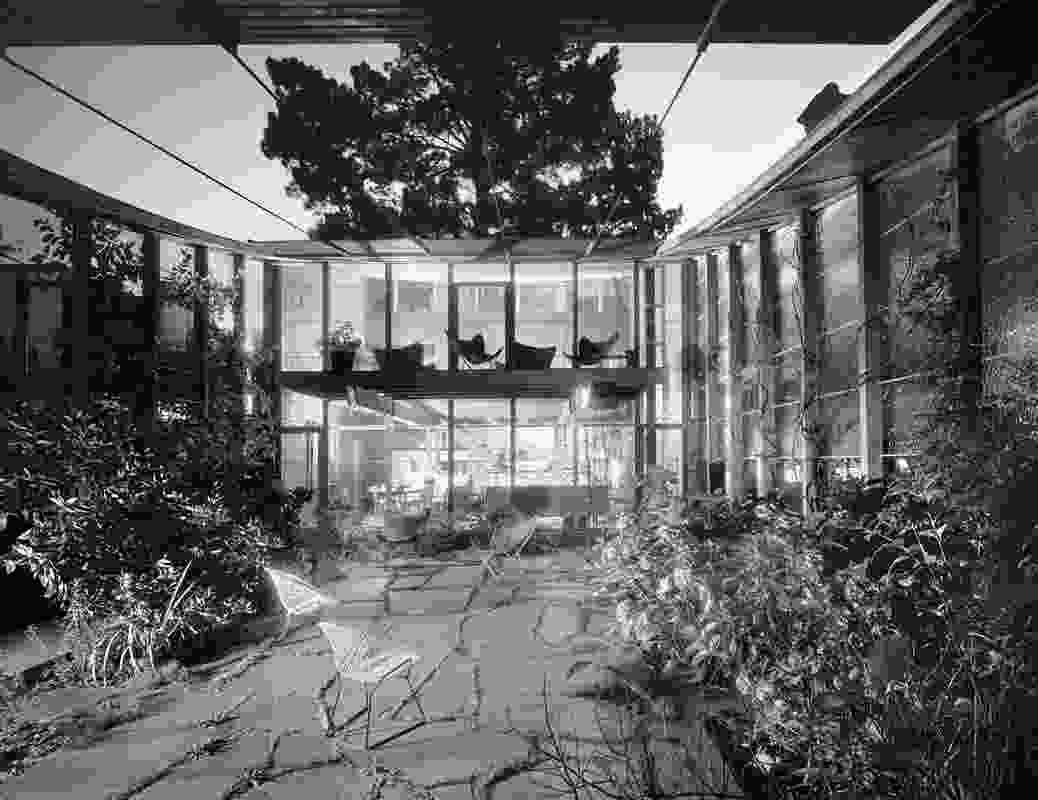 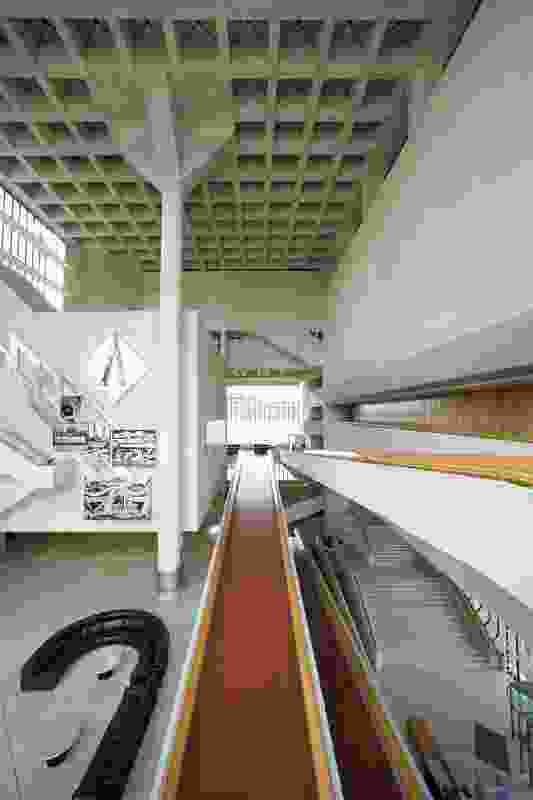 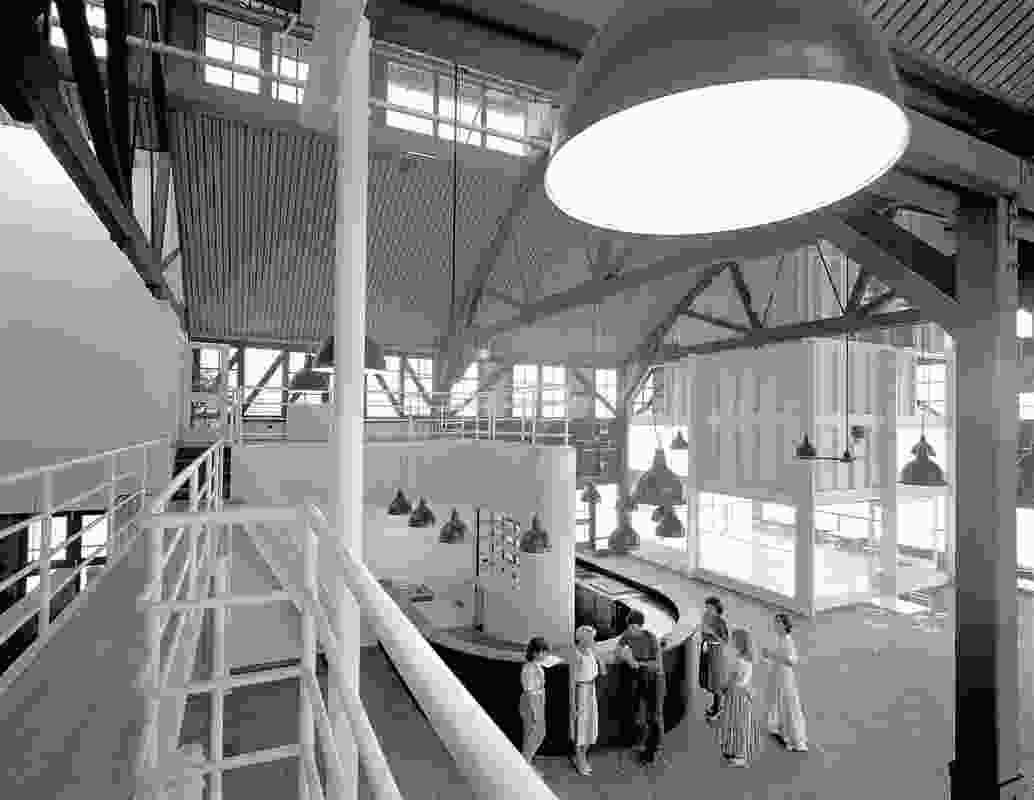 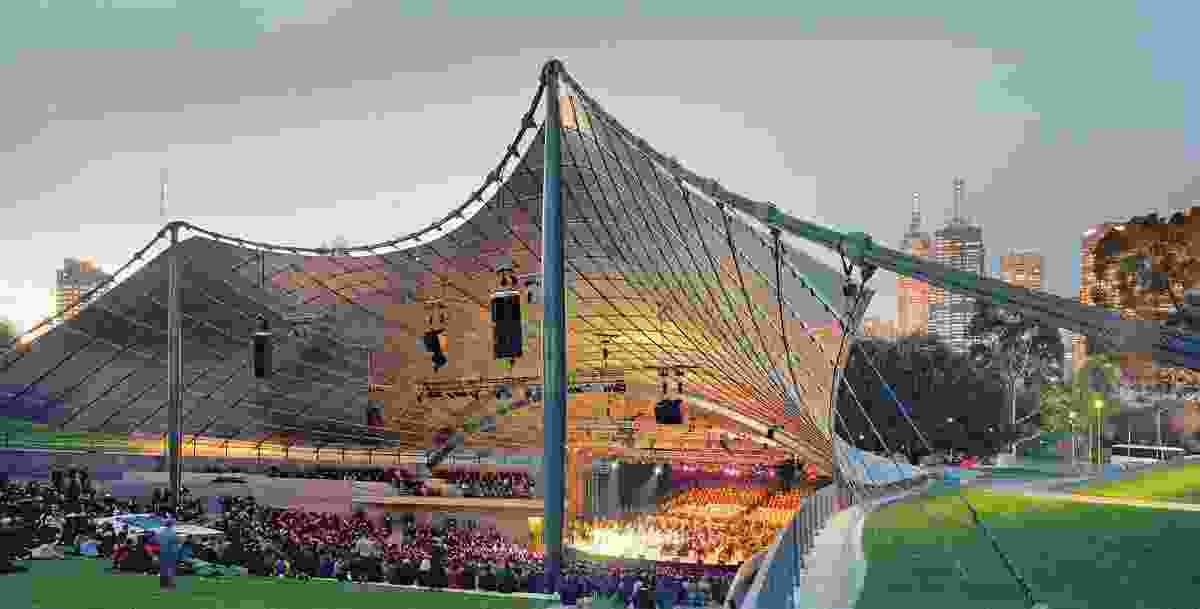 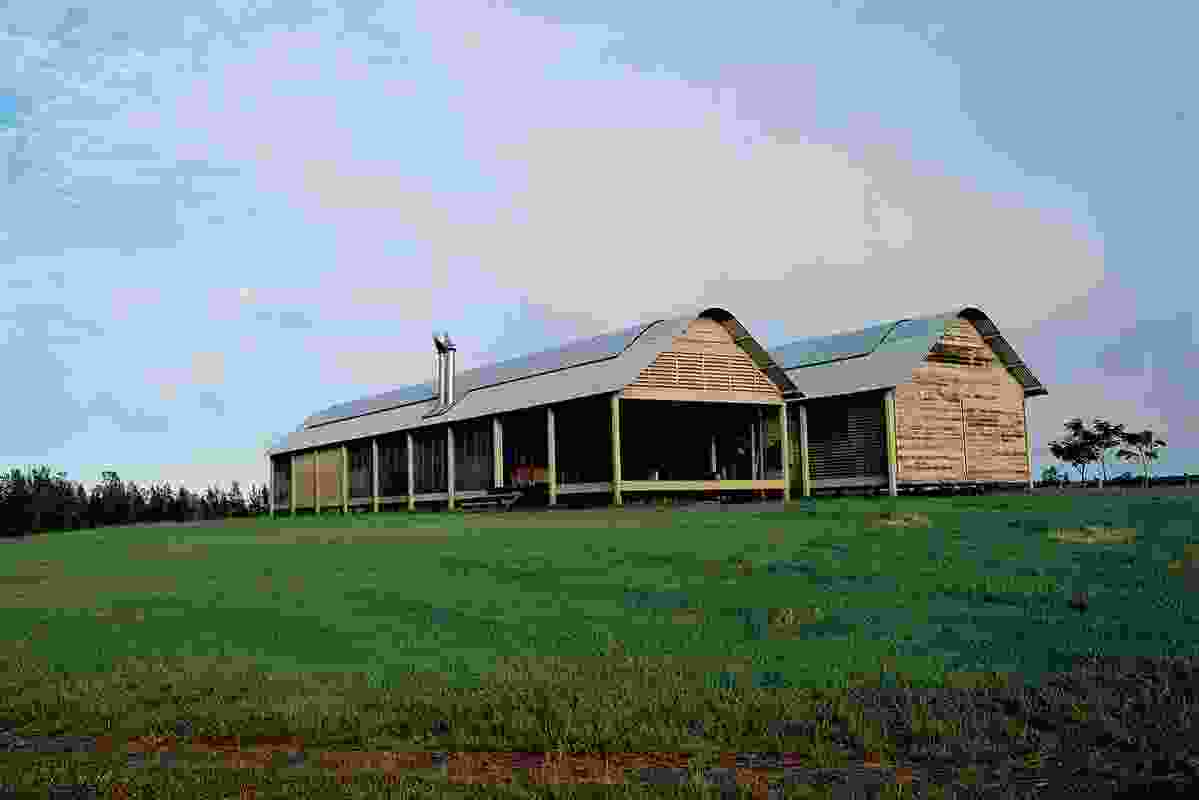