The Australian National Botanic Gardens (ANBG) in Canberra has launched its 20-year masterplan to reinvigorate its heritage-listed gardens.

Developed by Taylor Cullity Lethlean (TCL) and Tonkin Zulaikha Greer (TZG), the masterplan aims to reverse the trend of declining visitor numbers that has plagued the ANBG since 2007.

“Most cultural institutions have difficulty getting young adults and older children engaged,” said Peter Tonkin, a director of TZG, “so some of the strategies [in the masterplan] are focused at those particular groups.”

At the centre of the new plans will be a new core precinct with a proposed display conservatory for tropical plants from Australia’s north and surrounding islands. Although its design is still under development, Tonkin said the team is “aiming for a real landmark.”

The proposed new core precinct will include a visitors’ centre, cafe and function room and a wedding garden. A new amphitheatre will also provide a venue for outdoor concerts.

The garden’s northern precinct will be transformed with a new seed bank that will enable the garden to expand its capabilities in horticultural research, which will also have cross campus connections with the CSIRO and the Australian National University.

The bushland precinct to the south will include a tree-top ropes adventure course with bushland walking trails and a new eco-lodge that can accommodate up to 120 people, including school groups.

The masterplan also proposes a walking trail that will connect the ANBG to the National Arboretum, located 10 minutes away, also designed by TCL and TZG and completed in 2013. Since it opened, the National Arboretum has exceeded its visitation projections by 10 fold. It is hoped the new masterplan for the ANBG, with the creation of new attractions, will appeal to a younger generation of patrons.

The masterplan will be implemented in three stages with the first, the national seed bank, conservatory and bushland walking trails to be completed by 2020 in commemoration of the garden’s 50th anniversary. The federal government has committed $5 million of the $25 million needed to realise the plan. 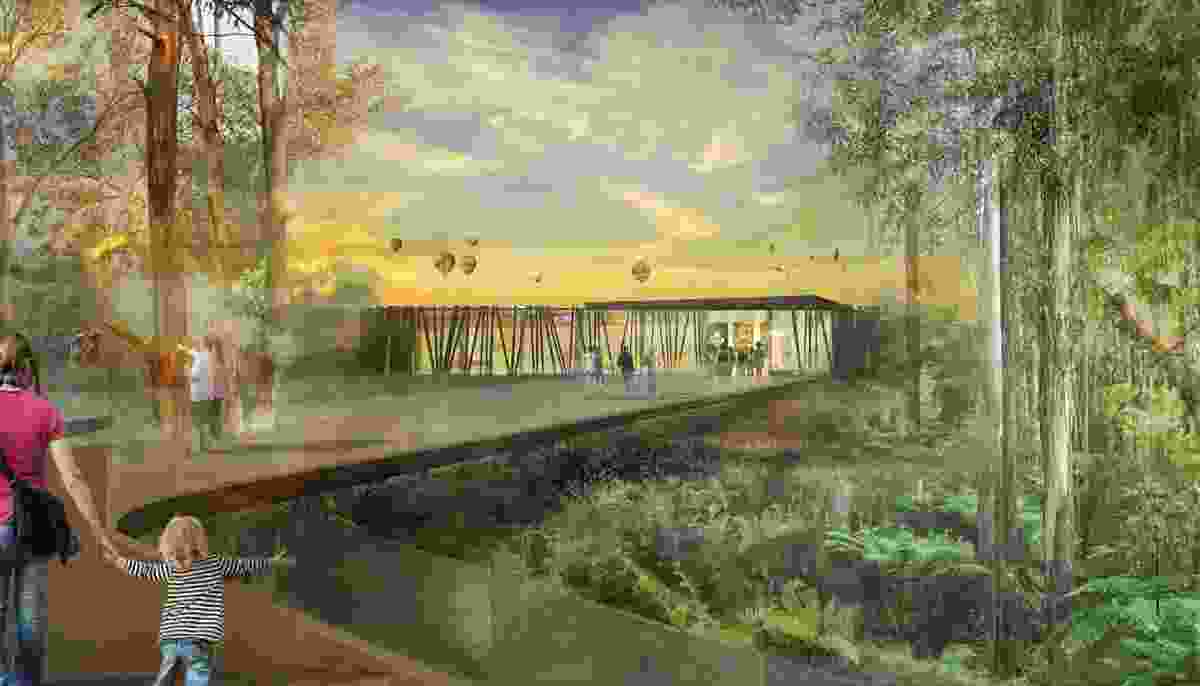 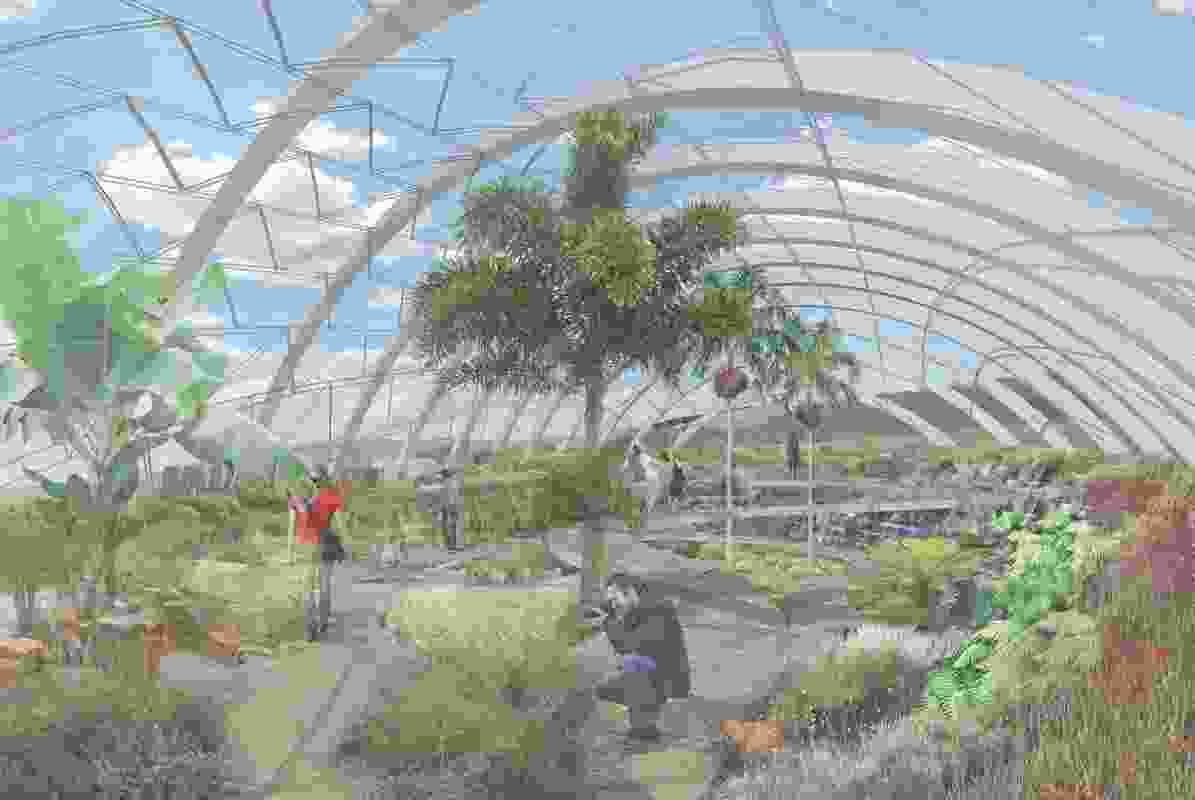 The proposed conservatory in the masterplan for the Australian National Botanic Gardens by Taylor Cullity Lethlean and Tonkin Zulaikha Greer. 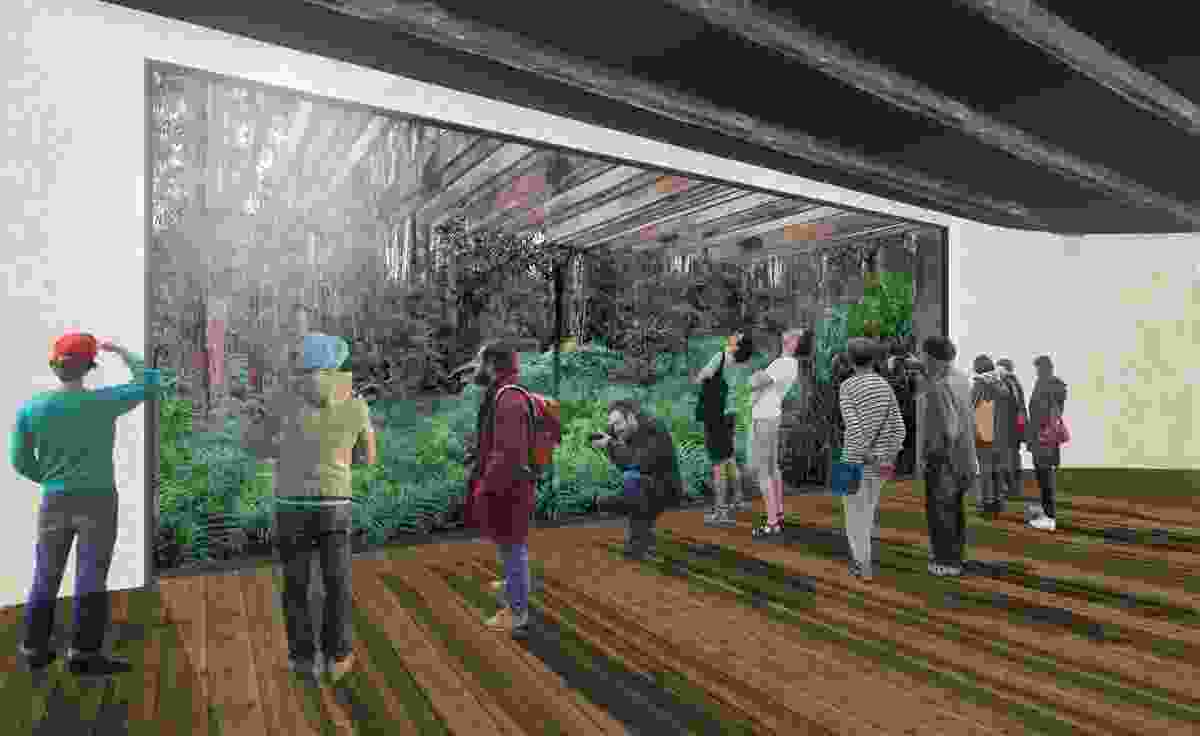 The proposed visitor centre in the masterplan for the Australian National Botanic Gardens by Taylor Cullity Lethlean and Tonkin Zulaikha Greer. 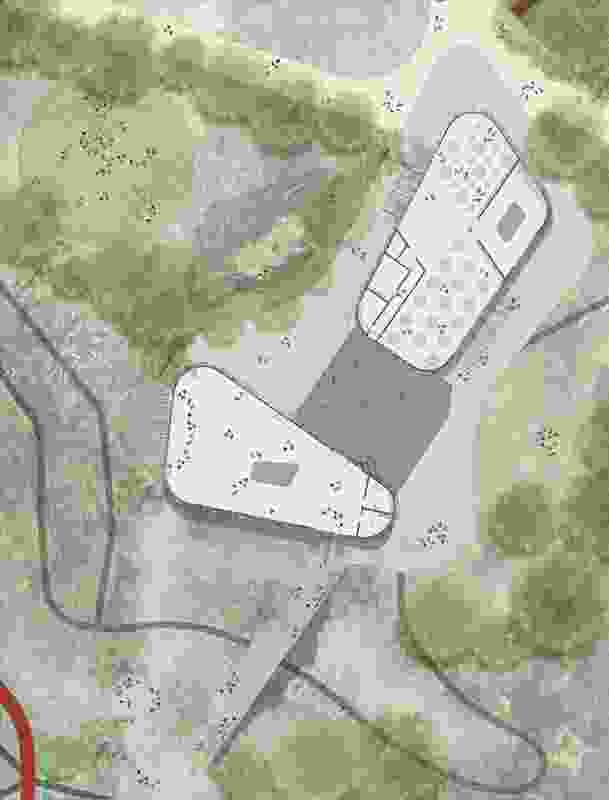 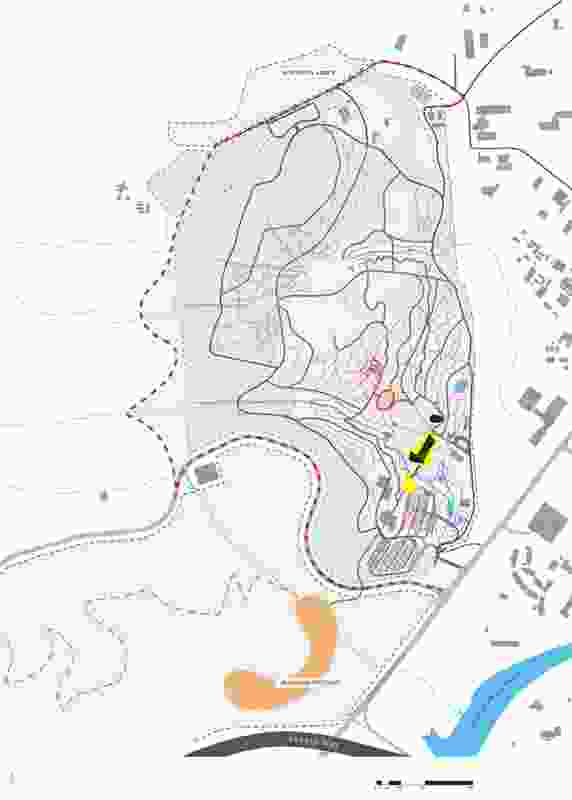