The brutality of vertical living

The English writer JG Ballard frequently offered dystopian visions of modernity in his novels, often echoing Brutalism’s fall and partial rehabilitation. His novel High-Rise explores the psychological effects of ‘the tower block’, which has now been brought to life on film and is reviewed here by Colin Martin.

The opening sentence of JG Ballard’s novel High-Rise (1975) instantly engages his readers: “Later, as he sat on his balcony eating the dog, Dr Robert Laing reflected on the unusual events that had taken place within this huge apartment building during the past three months.” Ballard’s fictional 40-storeyed residential tower block, effectively an architectural protagonist, was inspired by the Hungarian-born architect Ernö Goldfinger’s Trellick Tower (1968–72), a 31-storeyed social housing block in West London.

The novel’s account of dystopic architecture was prescient, given how quickly the social reputation of Brutalism plummeted. Latterly, its aesthetic reputation has been rehabilitated, with Trellick Tower’s Grade II listing in 1998. When built, its grey concrete carapace was universally derided but now its spacious flats and far-reaching London views are highly prized, although few are privately owned.

Given Brutalism’s fall and partial rehabilitation over 40 years, it’s apposite that High-Rise has finally been filmed, directed by Ben Wheatley. Amy Jump’s screenplay tracks Ballard’s exploration of the psychological effects of the tower block’s architecture and the residents’ increasingly self-referential community and collapse into chaos. Ballard discarded his novel’s initial outline, “written in the form of a social worker’s report on the strange events that had taken place in this apartment block, an extended case history”1.

A physiologist at a medical school, Laing (Tom Hiddleston) is initially detached, observing that “a new social type was being created by the apartment building, a cool, unemotional personality impervious to the psychological pressures of high-rise living”2. Then he’s drawn into the fracas developing between different strata of the tower’s 2000 residents, which deteriorates into barbarism.

A protagonist sharing his surname with the psychiatrist, RD Laing, hints that the tower’s flats and their residents represent the three layers of the human psyche. Floors one to ten, occupied by lower-class residents, represent the primal desires of the id. The upper levels numbered 30 to 40 are the superego or ‘conscience’. The middle floors numbered 11 to 29 form the ego, the part of the subconscious that mediates between the id and the superego.

In his studio flat on the 25th floor, Robert Laing never summons the will to unpack his belongings. Nightly cocktail parties distract him and other residents from their daily routines. Initially they sleep off their alcohol and sexual excesses at their offices but, gradually, most abandon employment altogether and seldom leave the tower. When the electricity supply fails on some floors and finally throughout the building, parties degenerate into attacks on its upper floors, whose residents jam the express lifts servicing the 30th floor and above and barricade staircases.

The water supply fails and the waste disposal chutes become compacted; so garbage, urine and faeces eventually encrust corridors and flats. William Golding’s novel Lord of the Flies (1954) charted the unravelling of order among a group of pre-adolescent schoolboys, stranded on an island without adult supervision. In Ballard’s novel, it’s the adults who lack restraint, when a disgruntled Richard Wilder (Luke Evans), who lives with his young family in a second-floor flat, encourages children to behave badly when raiding the 10th-floor pool.

The tower’s sinister architect Anthony Royal (Jeremy Irons) occupies a 40th-floor penthouse, with its own extensive roof garden, where his wife rides her white horse. His studio is pristinely minimalist, but his living room is decorated in an ornate Baroque style. There, historically costumed or nude guests drink themselves senseless, in scenes reminiscent of Peter Greenaway’s films.

Life inspired literature again, as Goldfinger lived in his earlier 27-storeyed Balfron Tower (1968–72) in the East End for two months, while his own terraced modernist house facing Hampstead Heath was being built. The latter’s design so enraged a neighbour, Ian Fleming, that he named his Bond villain Auric Goldfinger after the architect.

Given chequered British attitudes to Brutalism, the likely effect of Wheatley’s cinematic adaptation of High-Rise isn’t difficult to predict. Film critics’ ratings range from one to four stars. If you haven’t read the novel before seeing the film, you might be confused by its swift descent from modernist utopian dream into dystopian chaos, which is more lucid in print. 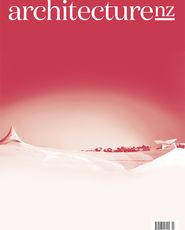 The brutality of vertical living 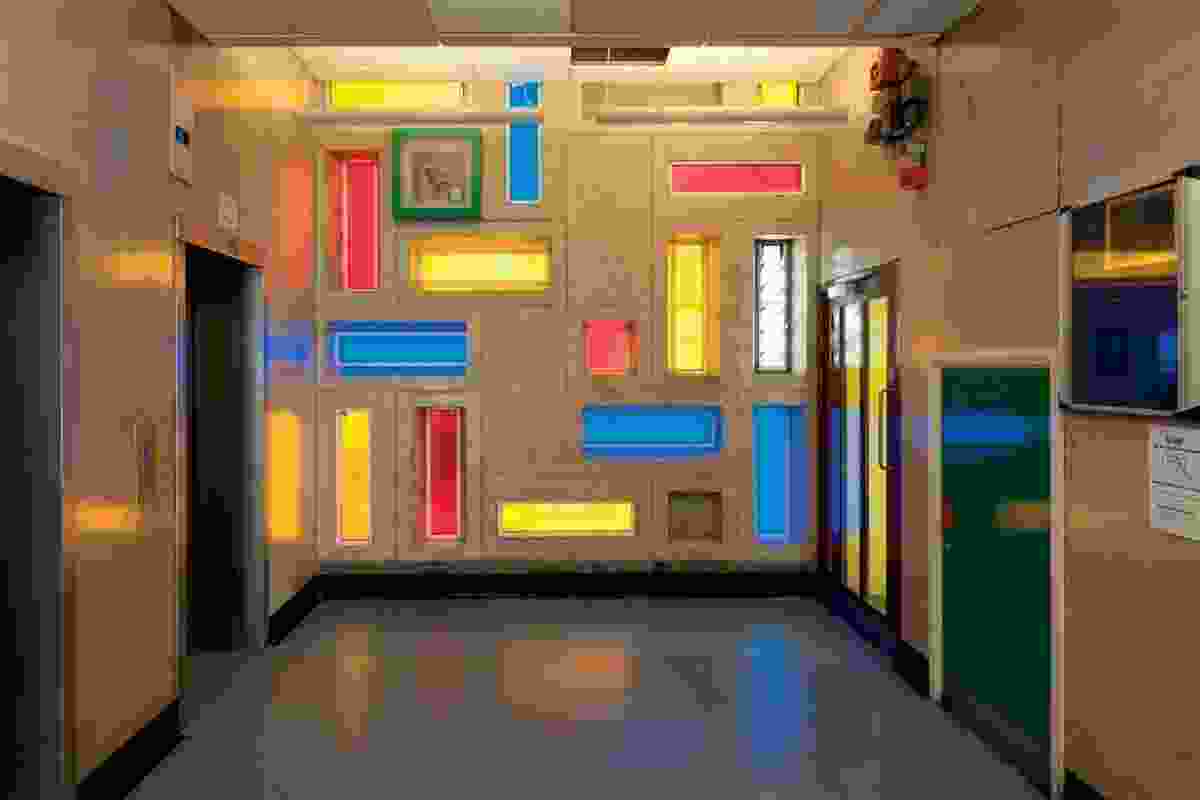 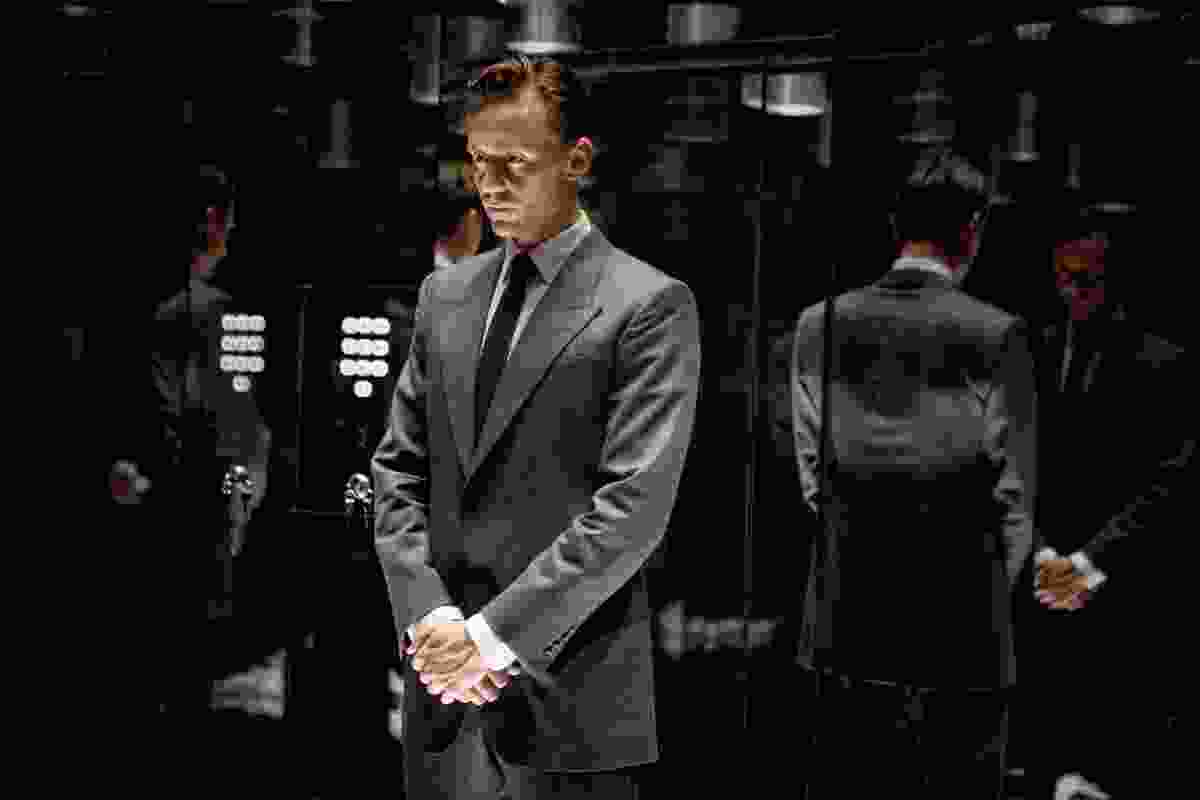 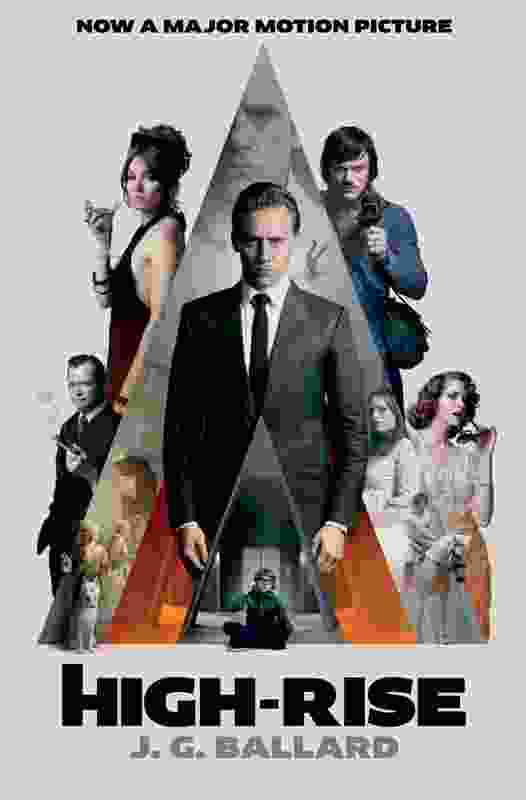 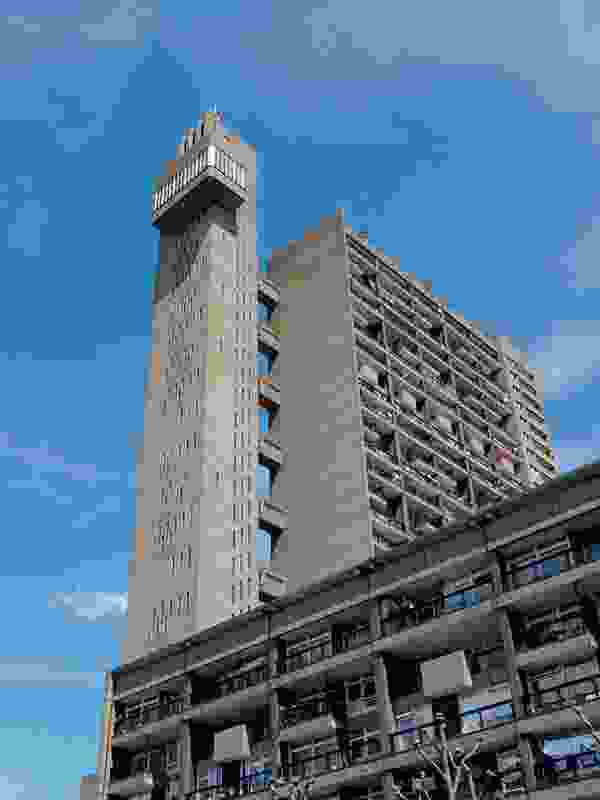