‘The buildings we deserve’: Andrew Waugh on CLT construction

British architect Andrew Waugh, a pioneer in the use of CLT, talks to ArchitectureAU about the ways engineered timber can revolutionize construction and, in the process, address housing affordability.

Murray Grove in Hackney, London, under construction. The nine-storey tower, completed in 2009, was at the time the tallest timber residential building in the world.

Andrew Waugh is the founding director of Waugh Thistleton Architects, a British architecture practice that has pioneered the use of cross-laminated timber (CLT) as a sustainable alternative to concrete and steel construction. Waugh was awarded the 2010 Royal Institute of British Architects (RIBA) President’s Medal for Research for his practice-located research into timber structures for high-rise buildings. Here, he talks to ArchitectureAU about the opportunities of building with engineered timber.

Your practice, Waugh Thistleton Architects, has been pioneering engineered timber as an alternative structural building material and made headlines for the nine-storey Murray Grove apartments in London (also called Stadthaus, completed in 2009). What first encouraged you to pursue this type of construction?

We first started looking at CLT among other environmentally aware forms of construction. Working with timber has obvious environmental benefits: it’s replenishable, it’s made of carbon and has a very low embodied energy. Our first project in CLT was completed in 2003 and we realized during this very modest project that the material had the potential to build at much greater scales. It was this line of thought that gave rise to Murray Grove a few years later.

Has CLT changed much since you first started using it?

Not an awful lot. When we first worked with it, there was one producer and the manufacturing was not as sophisticated as it is now. In 2003 about 4,500 cubic metres were produced annually. This year, it’s estimated that around a million cubic metres will be made by more than 50 producers worldwide.

One of the touted benefits of CLT is its speed of construction. What has been your experience of this?

We anticipate to complete a building in CLT panels in around two thirds of the time [compared with standard construction], but with modular CLT we can more than half the time on site.

How significant are CLT’s environmental benefits?

Very significant – there is no other comparable technology that is made from a replenishable material. Trees soak up carbon dioxide from our atmosphere and release oxygen – the buildings we build are made from carbon. So timber not only has very low embodied energy, but also stores carbon. It also requires less energy to heat and cool [than a concrete building].

Timber is a beautiful material. As the technology advances, I am sure that we will increasingly celebrate that beauty. For now, though, the primary focus has to be on revolutionizing construction.

How does the material perform thermally and acoustically? And what about its aesthetic properties?

Timber is a beautiful material. As the technology advances, I am sure that we will increasingly celebrate that beauty. For now, though, the primary focus has to be on revolutionizing construction.

CLT is a lightweight construction, so we therefore need to use separating layers to enhance low frequency and impact noise – but this has been very effective. In every building we have completed, we have far exceeded acoustic regulations.

Thermally, timber performs very differently from concrete and masonry: we don’t have a mass to cool down or heat up. The thermal dynamic of timber is far softer – it doesn’t heat up, nor does it get cold. Urban heat islands are increasingly a problem, and timber construction will definitely help by not exacerbating the build-up of heat.

CLT construction hasn’t yet had a big uptake in Australia. Building codes are likely to have played a part in this, but do you think there are other factors that might have impeded its adoption here?

There are some great CLT buildings in Australia but you might not have the volume [of buildings] yet because it is only recently that local CLT producers have come into the market.

Your practice is currently working on the 121-unit development 67–71 Dalston Lane, which is expected to be the world’s largest CLT project when complete. What have been the biggest challenges with this project?

The sheer volume of timber involved – 4,500 cubic metres – and the logistics of putting up that much timber that quickly. With regard to the architecture, it’s all about understanding how to reduce the volume of timber. We use about 20 percent less timber per square metre now than we did on Murray Grove.

Many of Waugh Thistleton’s built projects are residential in scope. How likely is it that any cost benefits of CLT construction will have an effect on housing affordability?

In the long term I predict it will have major influence by reducing costs and increasing quality and choice. Prefabrication turns each construction site from a uniquely made commodity to a practised process. Each building will be made from a series of customized components, giving us the buildings we deserve rather than the ones we put up with!

Andrew Waugh was in Australia in March for a seminar series on mid-rise timber construction organized by Wood Solutions (Melbourne and Brisbane, 8 and 9 March). He also spoke at the Green Cities conference in Sydney.

‘The buildings we deserve’: Andrew Waugh on CLT construction 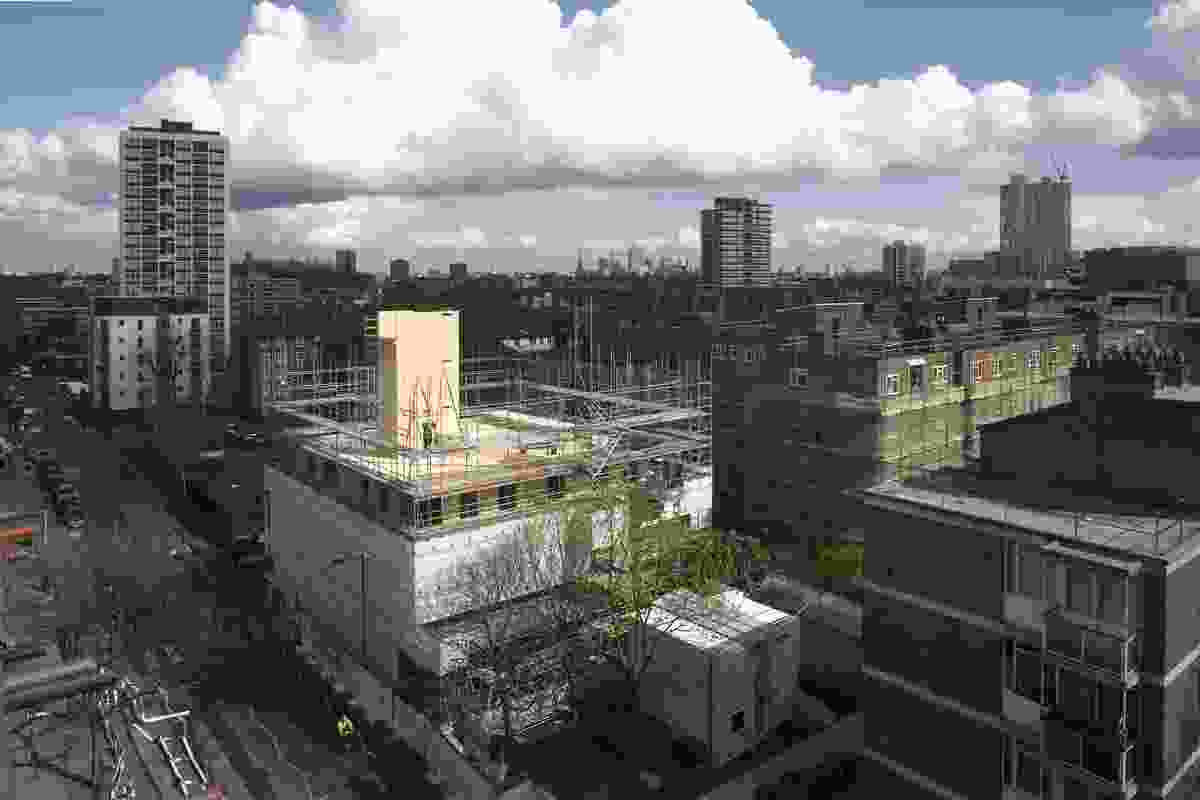 Murray Grove in Hackney, London, under construction. The nine-storey tower, completed in 2009, was at the time the tallest timber residential building in the world. 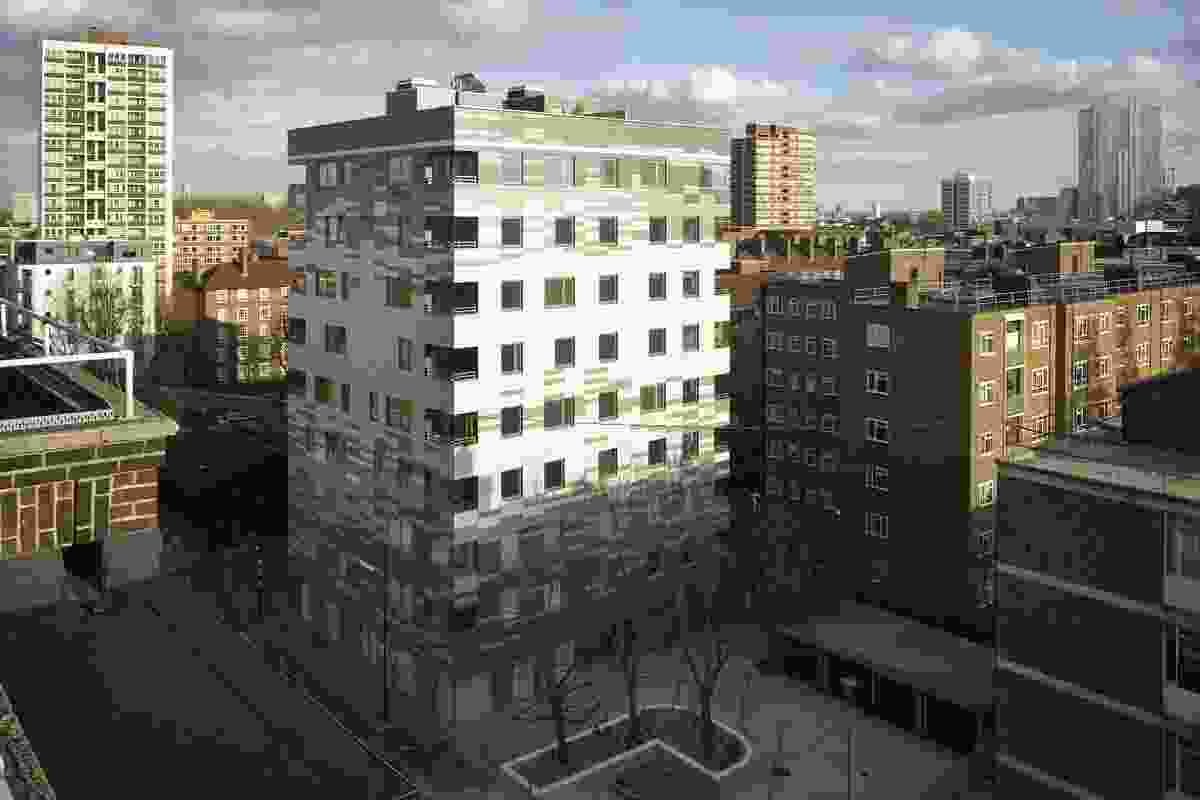 Andrew Waugh received the RIBA President’s Medal for Research in 2010 for his practice-based research into timber construction for high-rise buildings – research that informed the design of Murray Grove. 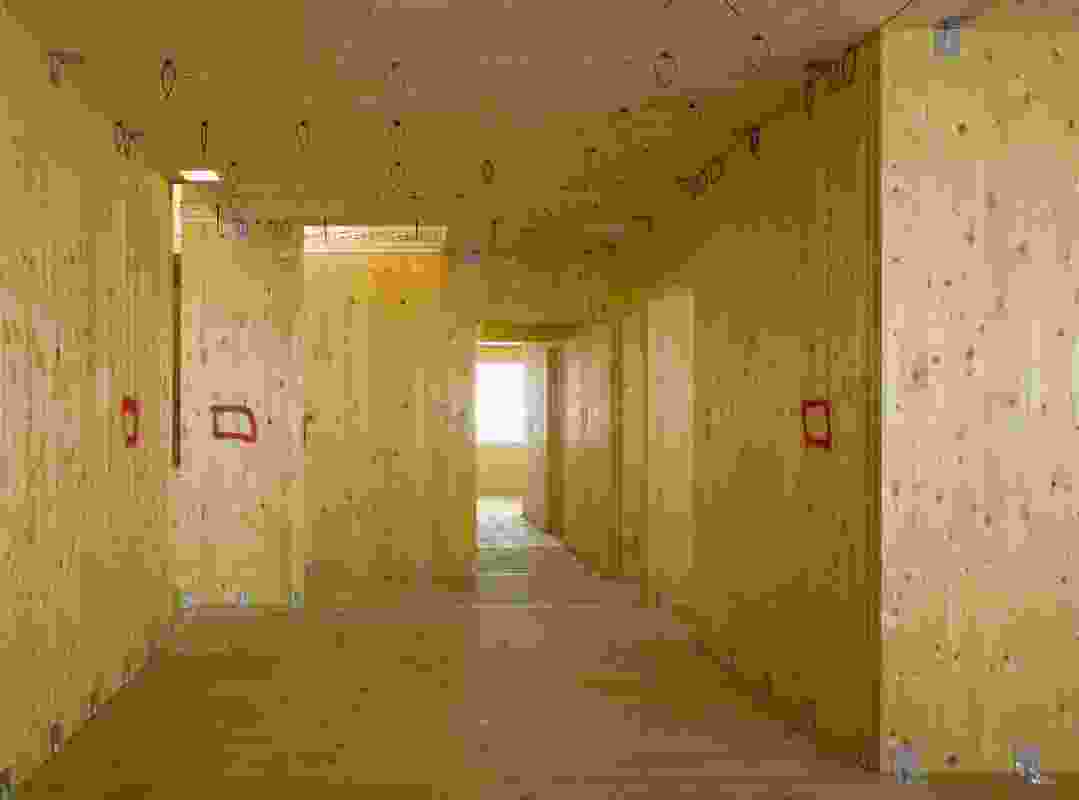 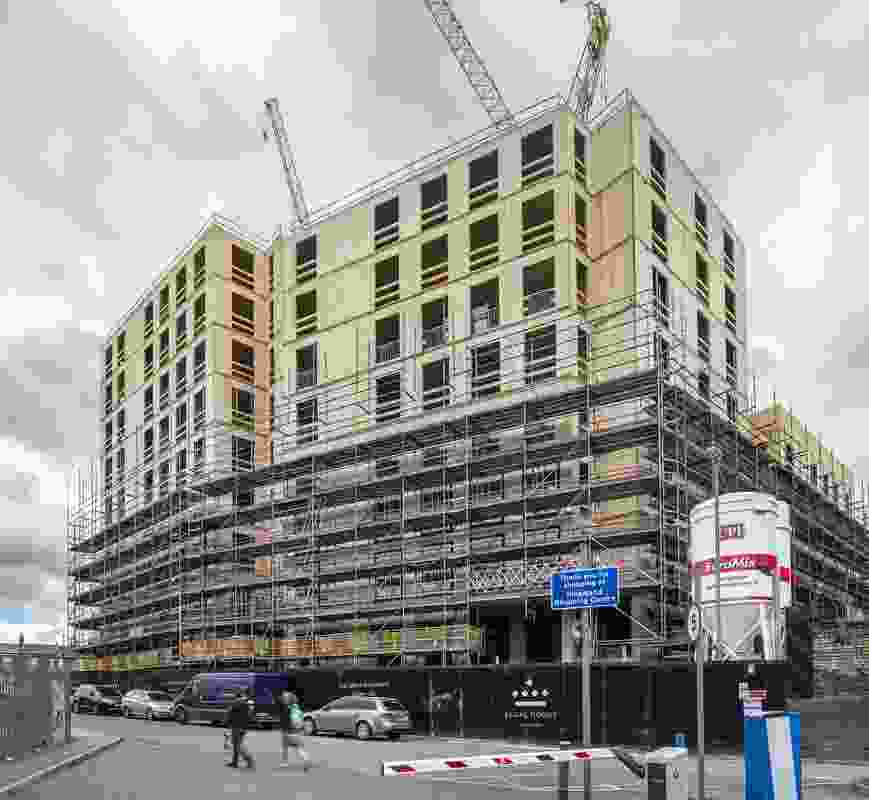 It is anticipated that 67–71 Dalston Lane – also in Hackney, London – will use more structural timber than any other project, which will make it the world’s largest CLT building when it is complete later this year. 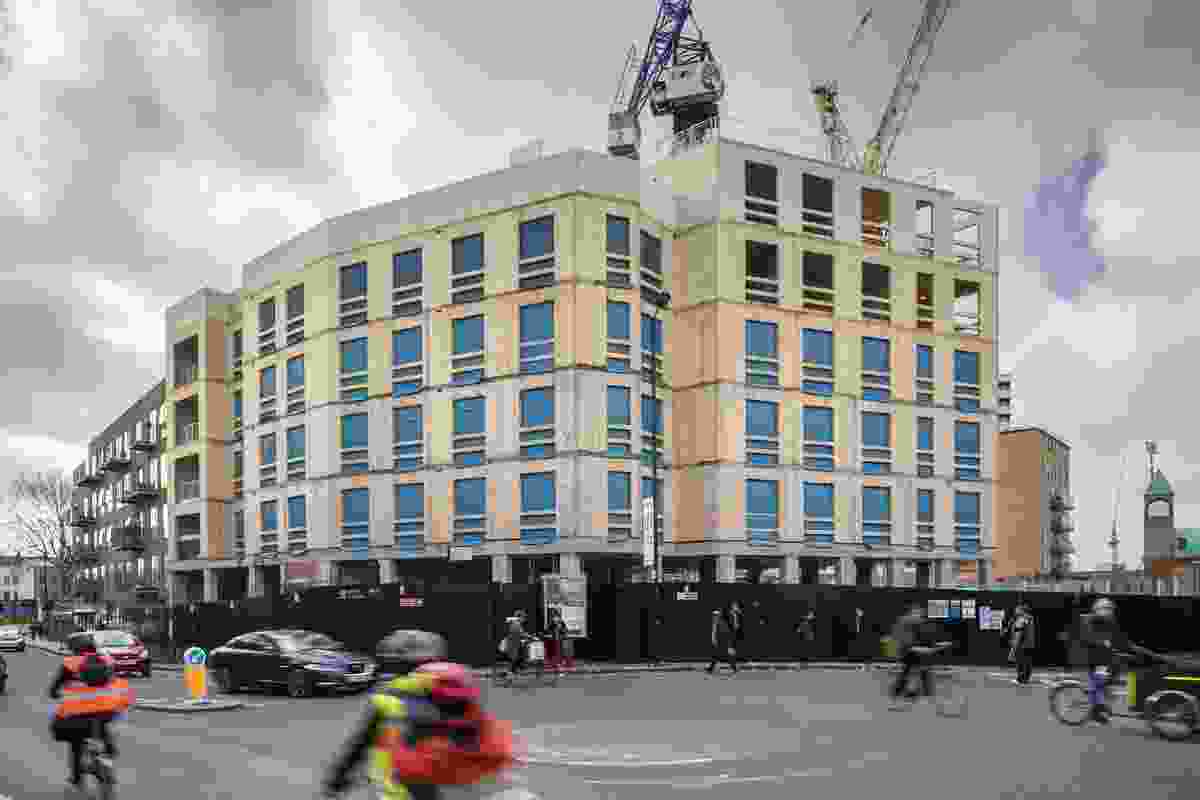 CLT engineer Ramboll has calculated that Dalston Lane will save 2,400 tonnes of carbon, compared with an equivalent block with a concrete frame.