In mid-February, Liew outlined the genesis of this impressive body of work, entitled Collec+ors. Its title acknowledges that he exhibited his furniture designs at the international contemporary craft fair Collect in London in 2006. His designs were exhibited alongside silverware by Julie Blyfield and ceramics by Bruce Nuske and Prue Venables, in an Australian Contemporary exhibit entitled Bare & Beyond. At Collect 2007, the Australian contemporary exhibit included ceramics by Kirsten Coelho. These four practitioners, together with ceramist Gwyn Hanssen Pigott and glass artist Jessica Loughlin, collaborated on Collec+ors in 2010, bringing to fruition an idea germinated by Liew and Nuske, while admiring work in the Victoria & Albert Museum.

Liew took a leaf from Ikea catalogues, naming individual pieces of furniture after his collaborators. At first sight, the six pieces might seem disparate in design, but Liew cleverly cross-references the works stylistically, reusing forms or details that echo or mirror those of other pieces.

The convex silhouette of the top of the Prue cupboard mirrors the concave arc of the stretcher on the Gwyn serving table, the design of which was in turn derived from an eighteenth-century ink drawing showing Chinese workmen carrying unfired pots to the kiln. Four shallow, pierced porcelain bowls rebated into the doors of the Prue cupboard evoke vernacular Australian storage; German immigrants’ pierced cupboards in the Barossa Valley or wire mesh Coolgardie safes.

The Bruce American white oak cabinet on stand has the look of a nineteenth-century EW Godwin ebonized, Japanese-influenced sideboard. Although the sgraffito design on the stoneware panels Nuske made for its sliding doors resembles palm fronds, it was inspired by shredded paper he found on an Adelaide street. The striations of the sterling silver handles on the Julie Queensland blackbean cabinet on stand derive from gum leaves that Blyfield and Liew collected in the Botanic Gardens of Adelaide. (Similar leaves, curled and twisted, form a Blyfield table centrepiece exhibited by Amsterdam’s Galerie Ra at Collect 2011). The stand’s legs are chamfered, subverting the cabinet’s rectilinear geometry. The Julie screen has a delicate opacity, which Loughlin achieved by sandblasting the glass panels and then re-firing them in the kiln, fusing the powdered glass unevenly.

At first sight, the ceramic components of collaborations between Hanssen Pigott and Coelho and Liew do not appear as well integrated into his furniture. The Gwyn serving table reverentially displays seven porcelain vessels, while a bottle and beaker and two bowls respectively sit on the armrests of the American white oak Kirsten chair. But a second look shows that all of the ceramic objects are set within shallow circular indentations in the wooden surfaces, in predetermined spatial arrangements. In fact, Hanssen Pigott flew from Brisbane to Adelaide for the day to determine her placement.

The Arts and Crafts solidity of the Kirsten chair evokes Walter Burley Griffin’s furniture designs for Newman College at the University of Melbourne. Its tilted side profile echoes that of the Prue cupboard, in another self-referential echo by Liew. Stylistic similarities reverberate and resonant across the six pieces in the ensemble, testing our remembrance of the Arts and Crafts and Aesthetic Movement works, which influenced their design. Together, the collaborative works set a twenty-first-century agenda for contemporary Australian design, which incorporates oriental influences directly from Liew and indirectly from the work of nineteenth-century British designers. 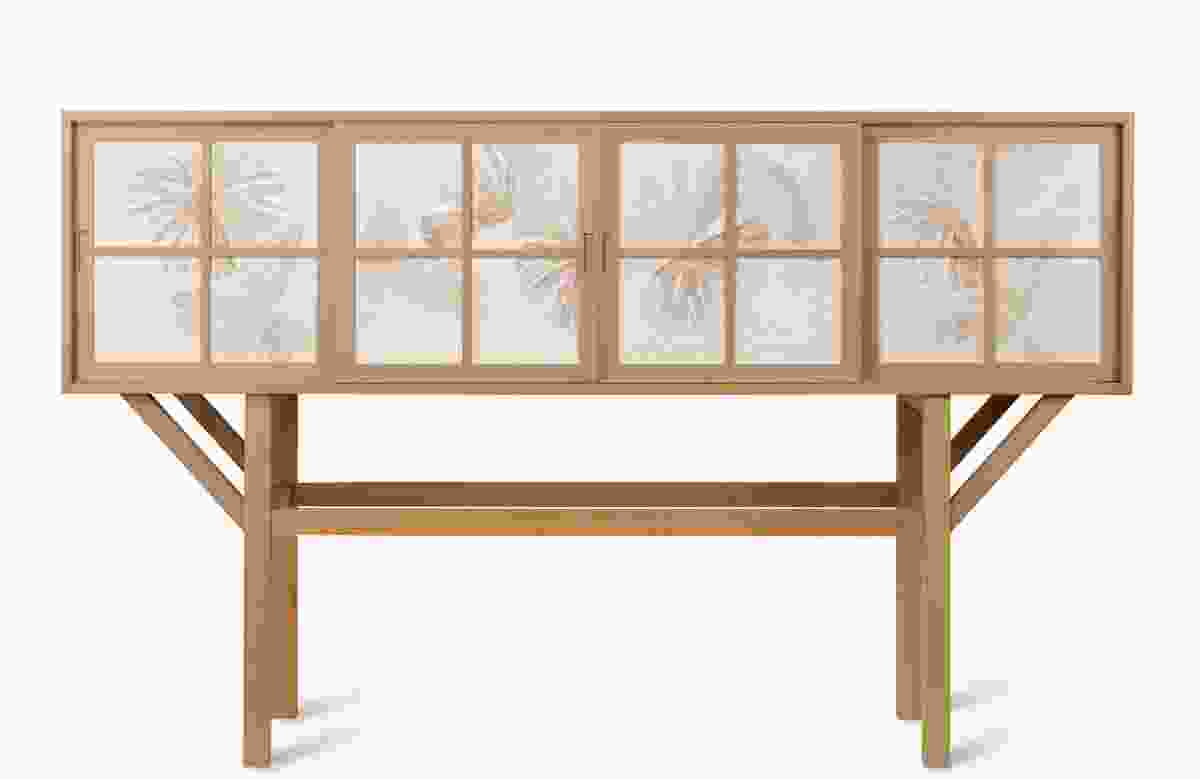 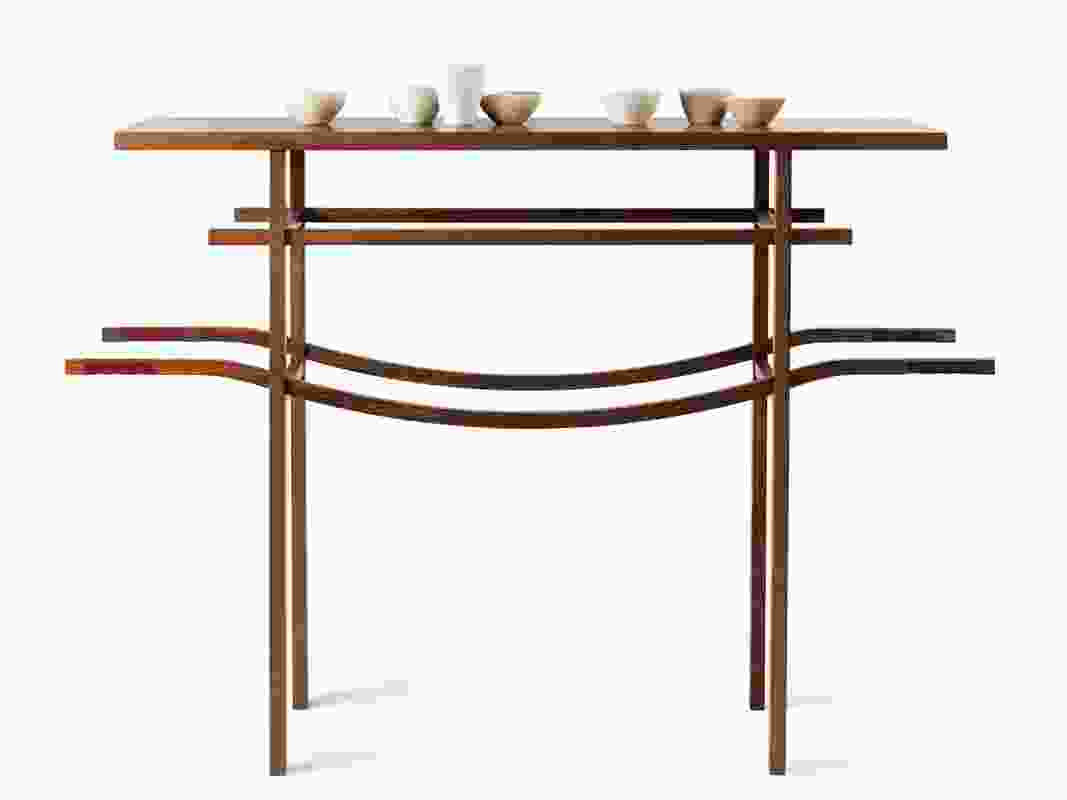 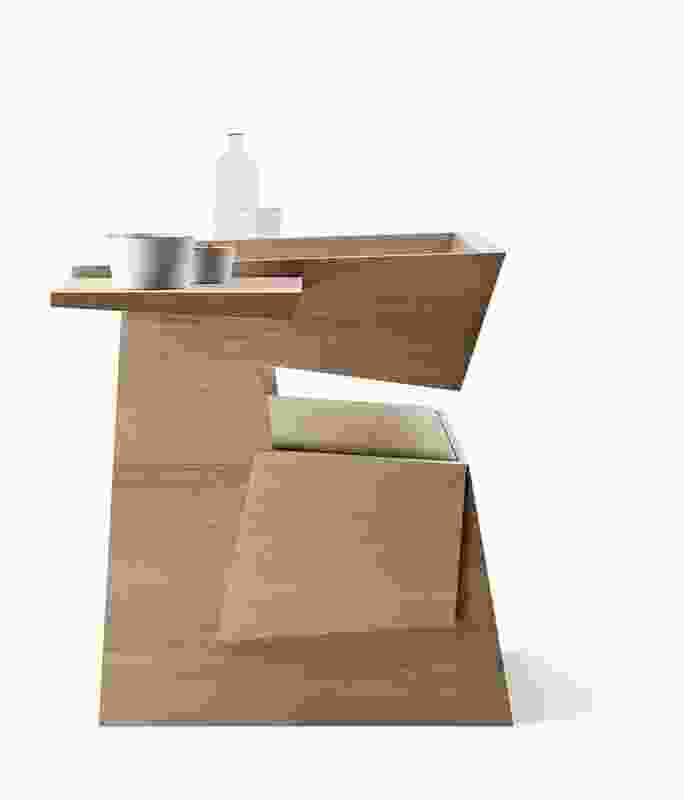 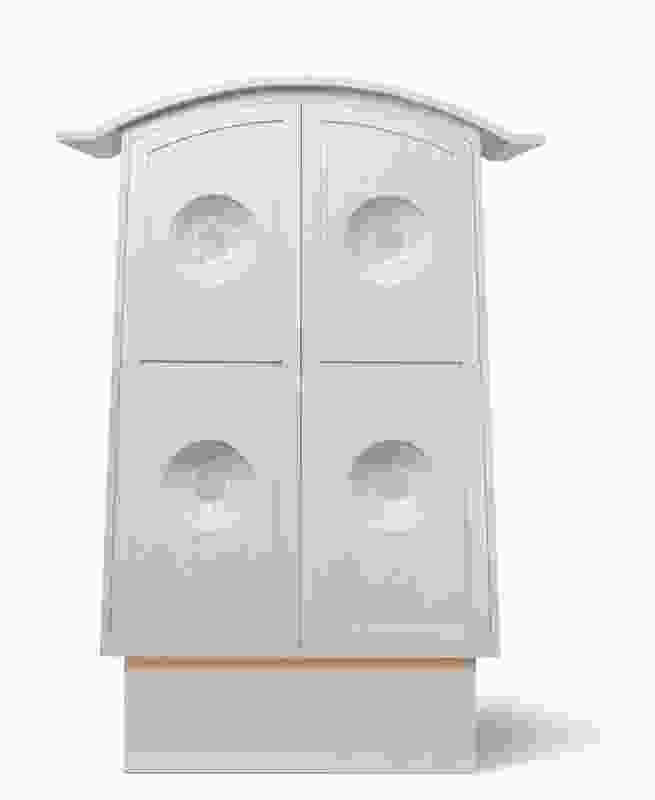 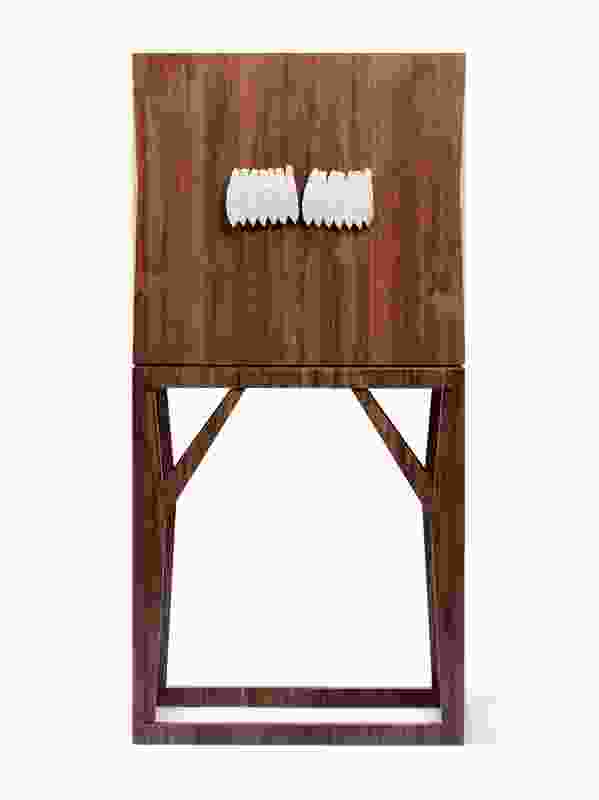