The Computer: Master or Servant?

Beyond CAD, new computer visualisation packages are finally performing as quick and convenient tools for free design as well as documentation and rendering. John Aspinall explains the possibilities. 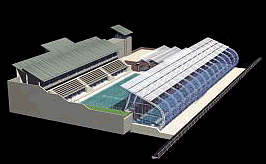 The arrival of the computer into the world of design and architecture, over a decade ago, was seen to herald a new digital age in which more efficient methods of producing drawn information would liberate time for the more idealistic pursuits of design. In 1998, the reality of that prophecy is certainly an immeasurable improvement in the process and speed of generating production information, although the foreseen benefits are not yet evident. On one hand, there is a reluctance among young architects to admit to computer knowledge for fear of being cast as little more than electronic data processors. At the same time, some universities continue to show final-year exhibitions which lack computer-drawn student schemes and academics are worrying that computer training takes away from teaching of design. Prior to the advent of computers, one of the many prerequisites for becoming a competent architect was the acquisition of a variety of drafting skills that would enable one not only to express design ideas effectively, but also to draft technical information and even produce presentation images of the final design. This plethora of visual communication techniques has become less and less relevant for today’s architects; unfortunately to the detriment of the time and consideration being invested in the design process itself. A convenient by-product of such manual techniques was the necessity of resolving issues of design and detailing prior to committing to paper. Also, the labour-intensive nature of these physical drafting methods indirectly imposed far greater time-frames to assess and fine-tune the design. 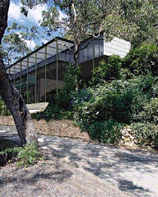 Figure 1, a house in Castlecrag by Michael Davies Associates.

At first glance, the computer appears to have removed an unrecoverable amount of time from the design process by dramatically compressing the period taken for the generation of production information and the concurrent opportunity for design resolution; which unfortunately has been sacrificed in the name of economy. However, if viewed from a different and perhaps more optimistic perspective, this reflects far more on the way in which computers are being integrated into the process of design, than as a direct criticism of the technology itself. An as-yet generally unexploited facet of the computer is its capability to perform as a three-dimensional visualisation tool, permitting the architect to visually assess the built form, both in isolation and in the context of its site surroundings, from a very early stage of design (see Fig 1).

Today, computer visualisation techniques are perceived by many architects as only appropriate at the latter stages of design, either to satisfy council requirements or to be used as a marketing tool. This misconception has arisen primarily from the complexity of creating three-dimensional digital information, and from its lack of suitability for incorporation into the earlier stages of design. These difficulties can be solved by installing dedicated 3D modelling software, quite separate to that required for two-dimensional drafting. The analogy between the manual and digital worlds can then be observed quite literally, as architects complement their repertoire of skills with additional software; thereby enhancing the computer’s role as more than merely a drafting machine.

Dedicated three-dimensional modelling software, such as Form Z, Modelshop, Infini-D and (being used as a modeller only) ArchiCAD and 3D Studio Max, permit the creation of relatively complex building forms in as little as three hours (pictured at top). The strength of these packages lies in their intuitive, ‘hands-on’ nature, allowing the designer to manipulate digital information as easily as they might mould modelling clay. These models can then be rendered and, over a further hour (average), incorporated into scanned site photographs, using Photoshop; producing a quick and accurate representation of the design (Fig 3). This type of software is generally far more intuitive and appropriate than the 3D components of larger CAD systems such as Microstation and Autocad.

Modelling programs give architects access to an extremely powerful hands-on design tool to sit alongside their larger CAD packages, whose chief strengths lie in their ability to handle vast amounts of cross-referenced, two-dimensional information.

Issues of scale and proportion and the effective use of materials and colour can be quickly and accurately assessed throughout the design process if the modelling software is coupled to a dedicated rendering package such as Electric Image or Soft IMAGE. These are capable of generating fully rendered images in two to three minutes. Other renderers, integrated with modellers, may take several hours for a similar result.

Clients can be shown a variety of material and colour treatments applied to the model, using textures scanned directly into the software from supplied samples. Further benefits include observing a building’s articulation in response to the changing light conditions, and assessing the implications of the shadows cast by neighbouring buildings throughout a particular day-an issue that previously has been almost left to chance.

Of particular relevance and suitability are buildings which are required to complement and integrate within a context of historical significance, and items such as street furniture, where relationships to human scale and surroundings can rarely be accurately assessed without constructing expensive prototypes. Comparing alternative schemes for a site can also be a valuable exercise to assess site coverage and relative visual impact (Fig 4). Such images can also serve a secondary role for marketing purposes, with the addition of hard and soft landscaping, and other integrating elements, as required.

In this manner, the computer can become the ultimate design tool. In the hands of an architect, it can, through the very act of creating a three-dimensional model, force one to look at the complexities of form and structure in ways that could never be achieved in two dimensions. Delegating this task to others will inevitably dilute much of its potency in terms of demonstrating to the designer, quite literally, how the building can be pieced together while highlighting potential problems in the overall integrity of the built form.

With appropriate software selection, such a method of three- dimensional visualisation is a realistic goal for most architectural practices. There will inevitably be time and cost implications as new skills and techniques are mastered, but ultimately the architect will be armed with a visualising and design tool beyond compare.

An alternative solution, as new software is being acquired and learnt, is to employ the services of a dedicated 3D visualisation bureau which can be integrated into various stages of the design process to create visual images of the building, alone and in context, providing instant feedback to the architect and client.

Now is as suitable time as any for architects to allow the computer to embrace the entire building process and not to remain purely as a very efficient drafting tool. The promised reality of the benefits of the digital age will then re-emerge as the computer is reinstated as the servant, and not master, of architectural design. 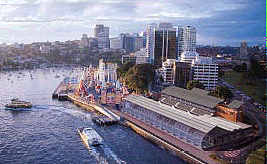 John Aspinall is a UK registered architect and director of C3D, a digital visualisation bureau based in Sydney. 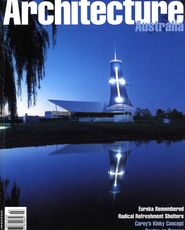 The Computer: Master or Servant?