Stuart Candy, foresight innovation leader at Arup and skeptical futurist blogger (among other things), was interviewed by Timothy Moore about collaboration in solving some of the big-picture problems of the built environment. The conversation grew from an AA Roundtable held in May 2012 in Canberra.

The future is coming – but there are several of them. As a leader in foresight at Arup Australasia, Stuart Candy’s task is to enable people to make considered choices about these potential futures, in the face of the complexity of the environment around them and its rapidly changing context. While he cannot predict what will happen, Candy works out various scenarios for the future by bringing people – and all their anxieties and aspirations – together.

Timothy Moore: As a part of Arup’s Foresight and Innovation team, you identify and monitor the trends and issues likely to have a significant impact upon the built environment and society at large. You literally look into the future. How do you do this?

Stuart Candy: The heart of this work is about serving as a catalyst to enable, encourage and exemplify different ways of looking at things. It is about inviting and at times seducing people into a certain way of thinking, rather than mandating it. As the pioneering corporate futurist Pierre Wack put it, foresight is “the gentle art of reperceiving” – looking at the present in terms of the alternative potentials that it contains, to inform wiser action today.

We set a process in motion whereby people can discover for themselves the choices they face, and the future implications of various paths that might be taken. It’s a different philosophy from that of the guru who distributes pearls of wisdom. It’s intrinsically collaborative.

An example of this approach in action is the Drivers of Change cards, which the Foresight and Innovation team created. Each set of twenty-five cards looks at a theme – ranging from climate change, to poverty, to oceans – and each card encapsulates a trend or issue that will have an impact on the built environment as change unfolds. The cards cover a huge range of social, technological, environmental, economic and political issues, and we use the cards both internally for our own research and externally to help our clients and partners. (The cards are also publicly available.)

TM: How do you go about getting people to see possible futures in terms of making people realize that everyone plays a part in making architecture; that everyone is, in fact, building?

The pencil says, “not a single person on the face of this earth knows how to make me.”

SC: There’s a 1958 essay, “I, Pencil,” written from the pencil’s point of view. The pencil says, “not a single person on the face of this earth knows how to make me.” Now, a pencil seems a basic enough artefact, but this pencil has a point: there’s far more to it than meets the eye, so no individual knows every detail. It’s a complex synthesis of different skill sets and knowledge bases. If that’s true of a pencil, it’s obviously the case for the scale and complexity of things produced by architects and engineers. Nobody can know everything about any project, so what matters is the process of bringing the elements and expertise together to make it possible anyway. We’re co-creating these highly complex design outcomes.

And this is also true of the future overall. What we get is the product of everyone’s actions, which is just one of many imaginable pathways.

TM: By going into the future, there is more uncertainty because of the increasing number of unknown variables. The Long Now Foundation, of which you are a research fellow, looks ten thousand years into the future in order to encourage long-term thinking.

SC: The “long now” is an invitation to see the whole of human history, past and future, through a wide-angle lens. That time horizon comes from the approximate birthdate of agriculture, about ten thousand years ago. It’s a seriously big-picture challenge, a time span three or four orders of magnitude longer than most of us are used to thinking, and a terrific provocation to the culture at large. But in most organizations, the relevant version of this challenge is to stretch our collective time horizon out even a decade or two. Certainly, multi-decadal time spans are directly relevant for the buildings, infrastructure and urban environments that we at Arup help to shape, but they are well beyond the typical attention span of most businesses, politics, media and even education.

One thing that a “long now” view makes clear is that different layers of change occur at different rates. For instance, you can’t really see or say anything meaningful about climate change on the timescale of a few months or years, so you have to tune your attention in to different timespans, like different radio frequencies, in order to pick up the signals.

TM: Do people mistake you as a prophet, because you are far-forward thinking?

SC: I think there’s a pretty deep atavistic impulse towards prophecy in our culture, which we’re very slowly coming to outgrow. The fact that nobody can predict the future should be a clue to the fact that the future is not predictable. Still, some people want bold predictions to act on (or argue with), and hope against hope that you’ll provide them. And some so-called futurists are happy to oblige. For now, it seems being a guru is easier to sell than being a thought partner or catalyst. The former is philosophically and politically dubious. The latter is a harder sell, but it has the advantage of being true.

… consider that the iPad didn’t exist three years ago … We shouldn’t simply plan for today’s problems (and opportunities), because by the time we’ve solved those, there will be different ones.

The greater service is to help people towards their own deeper and more thoughtful understanding of change. We provide opportunities for them to become comfortable explicitly acknowledging the degree of ambiguity and uncertainty that’s really in the system. And this is surprisingly empowering. Seen this way, the future is a landscape of potentials, and the result of thinking about futures in plural terms is that you can prepare for multiple outcomes and (within your domain of influence) act towards those possibilities you’d like to see happen. This is common sense, but we need to be reminded of it regularly.

TM: How is this philosophy demonstrated in your work at Arup?

SC: The first external project that I did with Arup in Australia (after moving from the US in late 2011) was for the CEO and executive team of the Sydney Opera House (the original design and build of which was the project that put Arup on the international map). This engagement was about considering some upcoming renovations in a broader context of change. They have three years worth of performances booked already. So when a facility like this wants to change any physical aspect; for example, if they want to do a renovation or a new build, they must factor in significant lead times, and it can take up to five years from planning to project completion. That’s half a decade of rapid change, and for a cultural organization in the midst of a technological revolution in how people access and consume cultural artefacts – consider that the iPad didn’t exist three years ago – this has big implications for how any renovation process might proceed.

Generally, we shouldn’t simply plan for today’s problems (and opportunities), because by the time we’ve solved those, there will be different ones. You can be sure that the people, businesses and places you’re designing for will keep changing. Especially when you talk about a design with a life expectancy of decades or longer, down the track that design may be part of a world that’s radically different from today. In this light, it suddenly becomes obvious that thinking systematically and creatively on these longer timeframes is not just a nice thing to do, it’s crucial to doing good work. 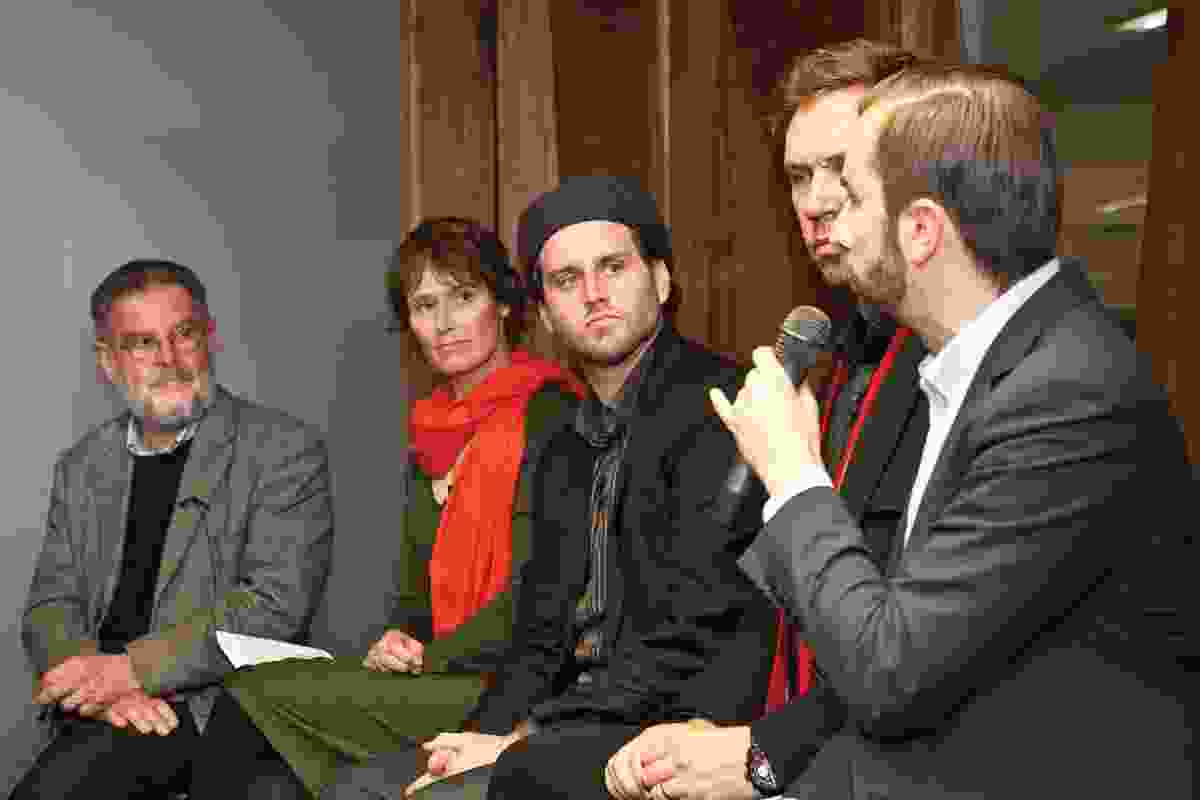