South Australian Government Architect Ben Hewett was interviewed by Timothy Moore about collaboration in solving some of the big-picture problems of the built environment. The conversation grew from the AA Roundtable of May 2012.

As state government architect of South Australia, Ben Hewett has the task of championing the benefits of architecture and design to both the government and the wider public. His role is also executive director of the Integrated Design Commission SA (IDC), an organization that has brought together a vast array of stakeholders in the making of the city to have a conversation about the future of Adelaide, and to act on this vision through speculation. While the IDC will wind up prematurely early next year due to state budget cuts, its hard work will continue through a group of people who realize that it was not the IDC that was transforming Adelaide, but the uplifting conversations they were having among themselves.

Timothy Moore: Part of the mandate of the Integrated Design Commission is that it sets out to advocate the value of design by giving advice to government and the wider community. Why is an integrated approach to design important?

… Ultimately, it is about maintaining a continuity of principles and thinking across a project’s life. For the 5000+ project (an Integrated Design Strategy for inner Adelaide) we began this process by staging five expert forums to develop an informed basis for broader engagement.

Ben Hewett: Integrated design involves an early and consultative approach, where you work with a broad set of stakeholders to uncover issues and perceptions, and seek out problems, as well as solve them. The IDC is a response to a paradigm that puts development first, at whatever cost. Planning is then brought in as a way to achieve that development, and if you are lucky, design is brought in at the end. It is the optional extra. So in the first instance, we have worked to bring the creative capacity of design to the beginning of projects, to work collaboratively with the multiple agendas of players.

And it has been about designing a process that involves an inclusive and authentic conversation; a process that is built from a base of research and evidence, and explores possibilities through speculative projects. Importantly, it is then also about providing a feedback loop for people; explaining “how and why” as much as “what.” And, ultimately, it is about maintaining a continuity of principles and thinking across a project’s life. For the 5000+ project (an Integrated Design Strategy for inner Adelaide) we began this process by staging five expert forums to develop an informed basis for broader engagement.

TM: Did you see resistance from people towards getting involved in the conversation?

BH: There was an initial reluctance about the idea of another forum. I guess Adelaide has suffered from a lot of talking.

TM: It does market itself as the convention city.

BH: Sure. [Laughs.] But with the IDC forums, attendees saw a broader set of people in the room than what they had normally been exposed to. And the forums were not a blank post-it note approach to a conversation. They started with an informed position that had been developed through research, analysis of context and reference to international examples. The process encouraged aspirational thinking and supported critical engagement with articulating the steps involved in getting there.

TM: An early criticism of the IDC was that it did not have enough tangible results. Without physical evidence, it can seem like there is more talking than doing.

BH: Yes, and there has been understandable pressure to deliver demonstrable results. We are in government, we are spending taxpayers’ money, and we do need results. And in the last six months of the IDC’s life we will see the publication of guides and documentation of our thinking to assist both government and industry into the future.

However, I think we need to acknowledge that it takes time to conceive, develop and test integrated ideas for a city, to lift the levels of debate and critical thinking, and to develop the necessary relationships and collaborations required. There needs to be an understanding of the scale of the project we are undertaking, that of visioning the city.

That should be evident in the way we have been working. The focus has been very much about designing an inclusive process that includes ongoing communication and feedback on the work being undertaken. Speculations and ideas have been part of an iterative process, allowing people to engage with, and contribute to, the work. One of the biggest successes has been the elevation of the conversation, and the resulting raising of expectations. This is recognized anecdotally across government, industry and the profession.

TM: To envision the future, however, you must look beyond large-scale projects. There is room for smaller-scale seeding projects.

We need multiple scales of projects working together, different ways of thinking, varied expertise — all overlapping and feeding off each other. We need creative tension.

BH: Absolutely. We need multiple scales of projects working together, different ways of thinking, varied expertise — all overlapping and feeding off each other. We need creative tension. Our work is as much about the small interventions as it is about the large ones. But more importantly, our work has sought to provide tangible examples of the benefits of working differently to “business as usual.”

TM: If the IDC is a success – based on these interactions – why will it be shut down in the near future*?

BH: This was a decision made by Treasury; the 2012 state budget was hit hard. There have been a number of other cuts, including the Thinkers In Residence program. However, the state government believes that the work and approaches begun by these programs can be taken up by industry. And South Australia will continue with an Office of the Government Architect consisting of multiple disciplines, and still within the Department of Premier and Cabinet.

TM: One positive legacy of the IDC is that it has undertaken a research model that could be applied to other Australian cities.

BH: 5000+ was funded as a design-led pilot project for inner Adelaide, in anticipation of a model that could be used in other regions. Through the process we have worked with a partnership across three tiers of government, for a geographic region beyond the remit of a single council. I believe we have undertaken and demonstrated a process that validates design thinking as important in connecting vision to place, and strategy to specifics. A project that ties together design-led engagement and research with testing and prototyping, to then meaningfully inform government agenda and policy.

TM: How is the conversation occurring on a national level? If one looks at the attendees and speakers list at two peak conferences on the built environment this year — Competitive Cities in Adelaide and Built Environment Meets Parliament [BEMP] in Canberra — there was not a significant amount of architects present. It is odd that more architects were not present at conversations on the future of the built environment.

There is no “one size fits all” when engaging with communities. I think you need designers involved early, to connect the conversation and the listening to the proposition — that’s what we can do; that’s our world, we think about place and people together.

BH: Yes, when it’s the Property Council of Australia [PCA] that is articulating that productivity and the future of our cities are spatial questions, I can’t help but wonder, “Where is the voice of our profession in that conversation?” These questions are as much about how people live and experience their worlds as they are about economics. And we can connect these issues. I worry about the reticence of the profession to be involved. For example, architecture is a discipline that is fundamentally about understanding place. “Place makers” are more and more involved in a way that seeks to compensate for the direction that architects are going in. We have already lost project management, and I hope we don’t lose this as well.

When I talked at BEMP on a PCA panel about “consultation,” or engagement, I was endeavouring to pitch design thinking and architects as key. Each scenario, each community, each place has a certain uniqueness. There is no “one size fits all” when engaging with communities. I think you need designers involved early, to connect the conversation and the listening to the proposition — that’s what we can do; that’s our world, we think about place and people together. It’s in the DNA of a good architect. I worry about the drive to have disciplinary specialization when the question is around designing good places for people. It is hard for specialists to synthesize in a broad, inclusive manner. We need to embrace the idea of the generalist as an important part of our discipline.

*The IDC was scheduled to be shut down at the end of 2012, however the government has since announced the creation of another body, the Office for Design and Architecture SA (ODASA), which will operate under the leadership of South Australian Government Architect Ben Hewett. 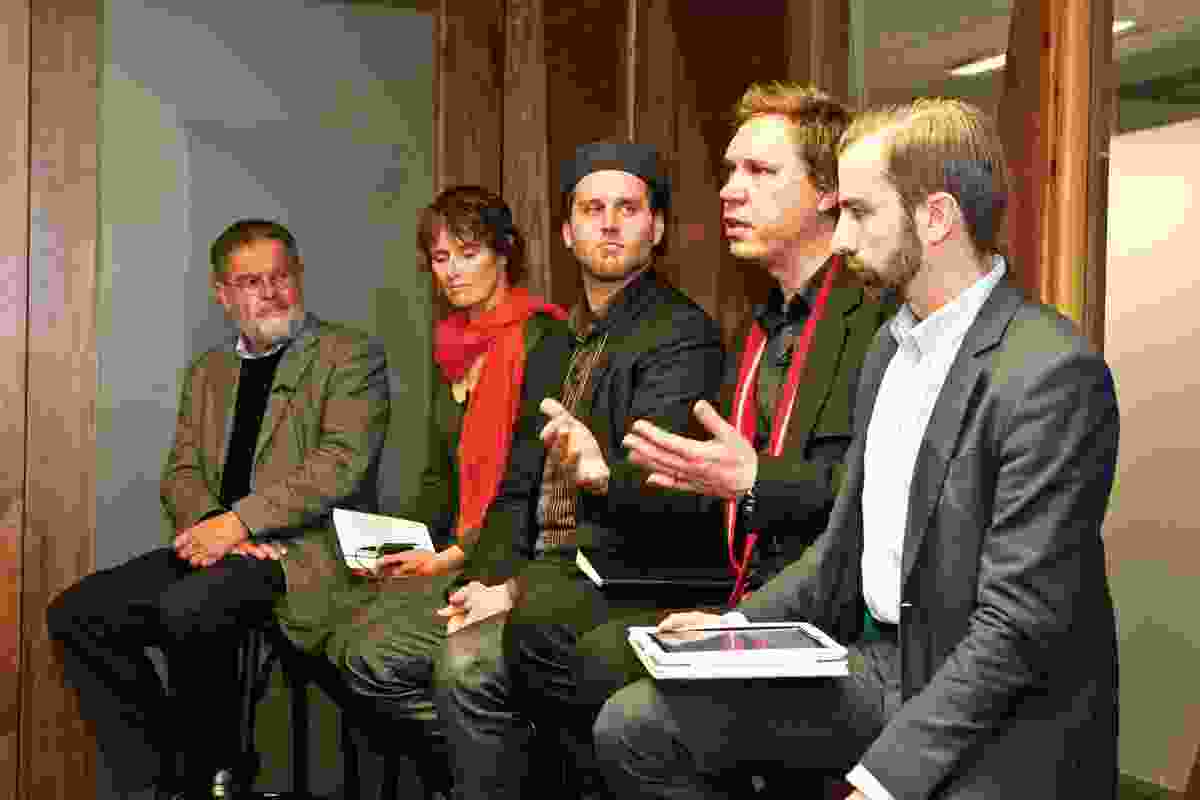