Drawing on time spent working in Italy, Renato D’Ettorre launched his Sydney-based studio, creating projects that reference classical architecture in a manner that is emblematic and enduring.

In the early 1990s, when Australia was riding a wave of minimalism, architect Renato D’Ettorre took a risk. In a weak economy, he launched his own practice with the commission for a house that would take years to build, on a breathtaking coastal site in Sydney’s east.

Its composition of concrete and block-work battlements and arcades, vaulted brick arches, altar-like terraces and piercing shafts of light was unlike anything Sydney had seen, or has seen since. Full of daring and symbolism, it clings to the cliff at Coogee like a medieval castle, or a monument to the gods. This early magnum opus by Renato transcended time by being timeless.

With its classical references and palette, it is still a benchmark for his award-winning practice. “I wanted the South Coogee House to be strong, unintimidated by the elements,” says Renato. “The contrast between nature and the built form creates an exciting tension that intensifies nature.”

Renato was born in Italy and schooled in Australia. Returning to his homeland as an adult, he lived in Sardinia and Rome, where he worked for Pier Luigi Nervi and Paolo Portoghesi. Back in Sydney, he worked with Harry Seidler for six years and then travelled to Canberra before the South Coogee House launched his practice.

In the studio, Renato collaborates with his wife, interior designer Belinda Brown. They met through Canberra connections; she had studied silver- and gold-smithing at the Canberra School of Art, and he had worked in the city with Romaldo Giurgola on architectural competitions. Unlike their romance, the professional partnership took time. Today it is second nature.

“We’re kinaesthetic in our work,” Belinda says. “Renato’s architecture is very strong, very tactile. What I bring is another critical eye and the layers of fabric and furnishings to support that.”

The resulting luminous spaces have a monastic serenity that does not always translate in photography. “These are spaces that really need to be experienced,” says Belinda.

While Renato’s architecture is sculptural and stoic it is also deeply romantic. He long ago adopted a palette that he grew to love in Italy: concrete, travertine, brick, marble and stucco. “Rome teaches you materiality,” he says. Influenced by the modern masters Carlo Scarpa and Louis Kahn, as well as the walled Islamic courtyards of Andalusia and the ancient wonders of Apollo’s Temple and the Pantheon, Renato draws them all into his language. “A vine, a tree, a courtyard fountain; these aren’t new ideas, but they’re sublime,” he says. “A five-hundred-year-old Sicilian villa is as beautiful today as ever.”

A more recent project is GB House, which won the Australian Institute of Architects’ New South Wales chapter Wilkinson Award for Residential Architecture in 2019. It sits on a Sydney cliff above a tiny turquoise inlet of Coogee Bay. Its whitewashed facade, reminiscent of the architecture of the Aegean Islands, hides a home of intricate depth and light: a cave and a lighthouse. At its foundation, a cool music room is literally carved into the bedrock, a wall of sandstone left exposed with natural ground water trickling over it, and ferns coaxed into life by sunlight streaming from above.

In the higher living levels, a brise-soleil of glazed bricks hovers improbably beside a pool, filtering light, framing endless sea and sky. This platform carefully stages the arrival experience, to heighten its exhilaration. “A house must be thrilling,” Renato says. “It has to capture the ephemeral elements of light, shadow and reflection, and always offer a new sensory experience. That is architecture.”

Another recent project is Italianate House, an inner-Sydney terrace house surrounded by courtyards and gardens. With its white stuccoed walls, terracotta tiles, Carrara marble and stunning vaulted brick archway, the house is more focused on the interior but no less thrilling. The project saw the reversion of the terrace from offices back to a family home, with its historic rear stables converted into accommodation for ageing parents.

“The project is about ambiguity,” Renato says. “We cleaned up the bones, removed the faux and revealed the essence of the original structure. To that we added new elements in a very precise way, to link the past and present. The brick arches are an example. The smaller corridor arches we kept, but the larger brick arch is new, an extension of the original brick walls upwards, giving it a grandeur it never had. It completely transforms the space.”

By contrast, Link House, a pavilion on the waterfront in Sydney, explores the horizontal, not vertical. Its off-form concrete structures are designed to open the rooms to their surrounds. The brief, to keep living and sleeping quarters separate, was met with an elemental response – a pond separates the public and private spaces. “So, in the true sense of a ‘pavilion,’ all the spaces are surrounded by gardens, terraces and breezeways that bring inside sun, air and wider views. And water. For me, architecture is always about water.”

Renato has been blessed to work on some stunning coastal sites, including two projects on Hamilton Island, Queensland, of vastly differing scales and moods. Tropical Beach House is a small island hut for periodic escapes. A permanent glamping pad, it’s not quite sticks-and-stones, but almost. Linings are dark hardwood with white-painted roof timbers, while an outside shower emerges from a wall of local volcanic rock.

Kitchen, bathroom, living room, and bedroom each occupy their own corner, framing different vistas under a vaulted timber roof that draws hot air out through the cupola. In the off season, heavy external shutters lock the tiny house down, sealing it against storms and cyclones. When the house is occupied, the shutters disappear, throwing the whole pavilion open to the dunes and bushland.

Higher up on Hamilton are the sibling compounds of Solis and Azuris, built for a businessman and his wife. The larger, Solis, is a private playground, sculpted from concrete, stone and glass, with spectacular terraces and courtyards interwoven with ponds and a lap pool. The more intimate Azuris is equally sublime, with internal spaces wrapped around water and courtyards.

Little wonder both have featured in film and fashion shoots. Their monumentality is an influence from the ancient Mayans, says Renato, in the way they scale the hillside, the thick stone walls and platforms projecting – temple-like – towards the horizon. Like the South Coogee House, they are enduring and emblematic.

“Sometimes a client will ask us for an iconic house,” Renato says. “To which I say, ‘you can’t design an iconic house. But a house can become iconic in time’.”

See all
Architects are workers: The Architecture Lobby's Peggy Deamer 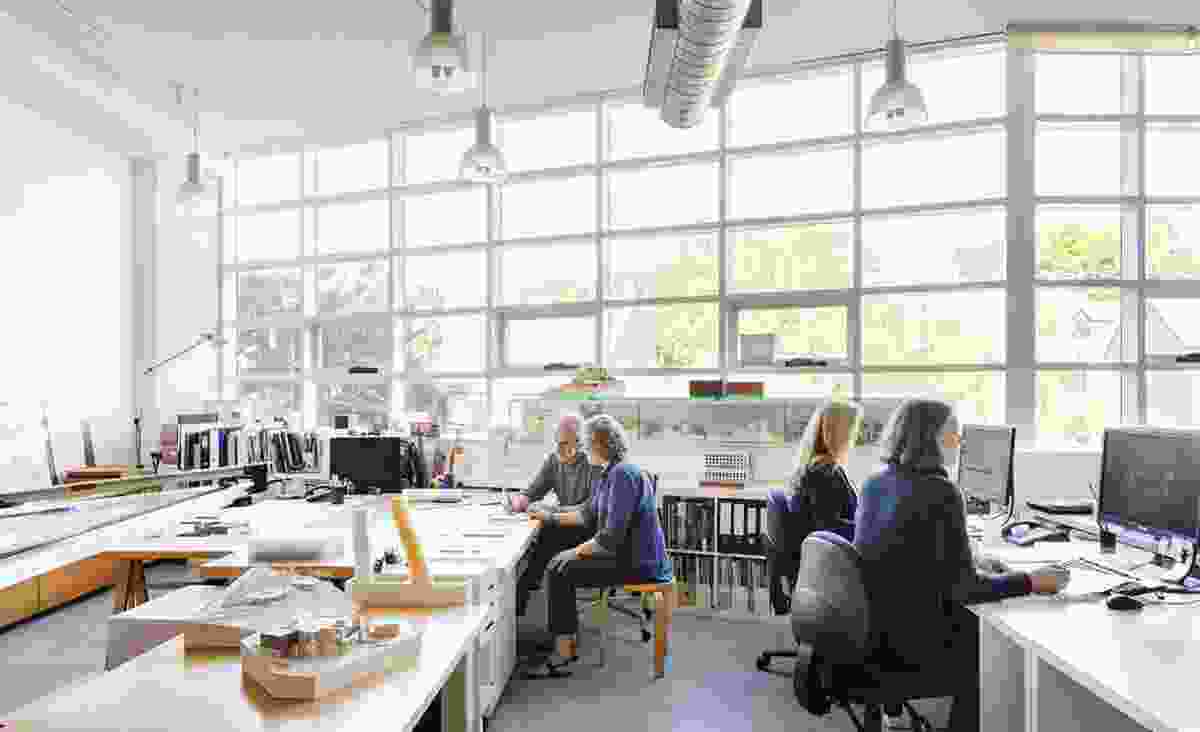 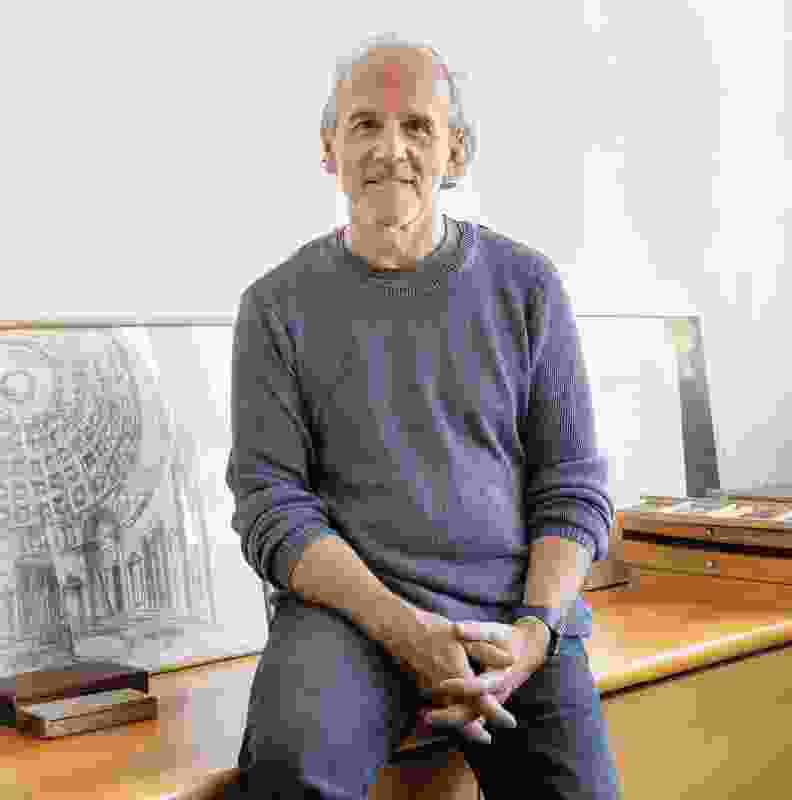 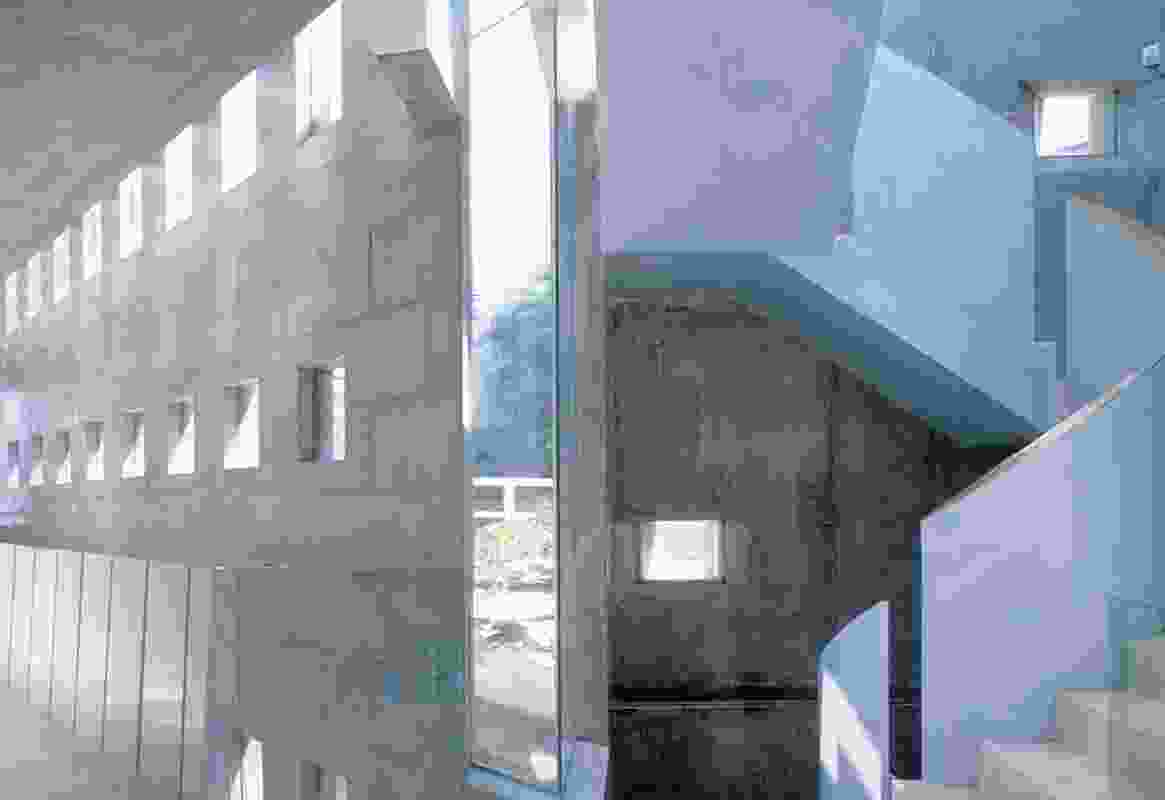 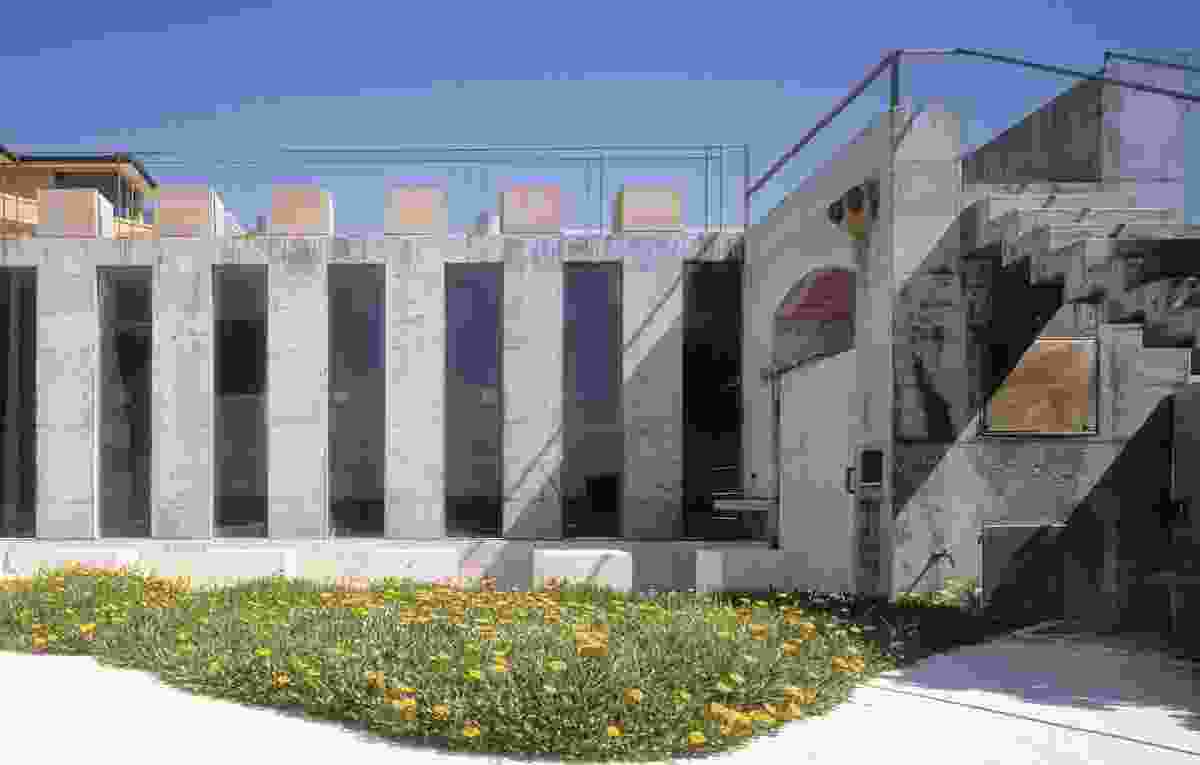 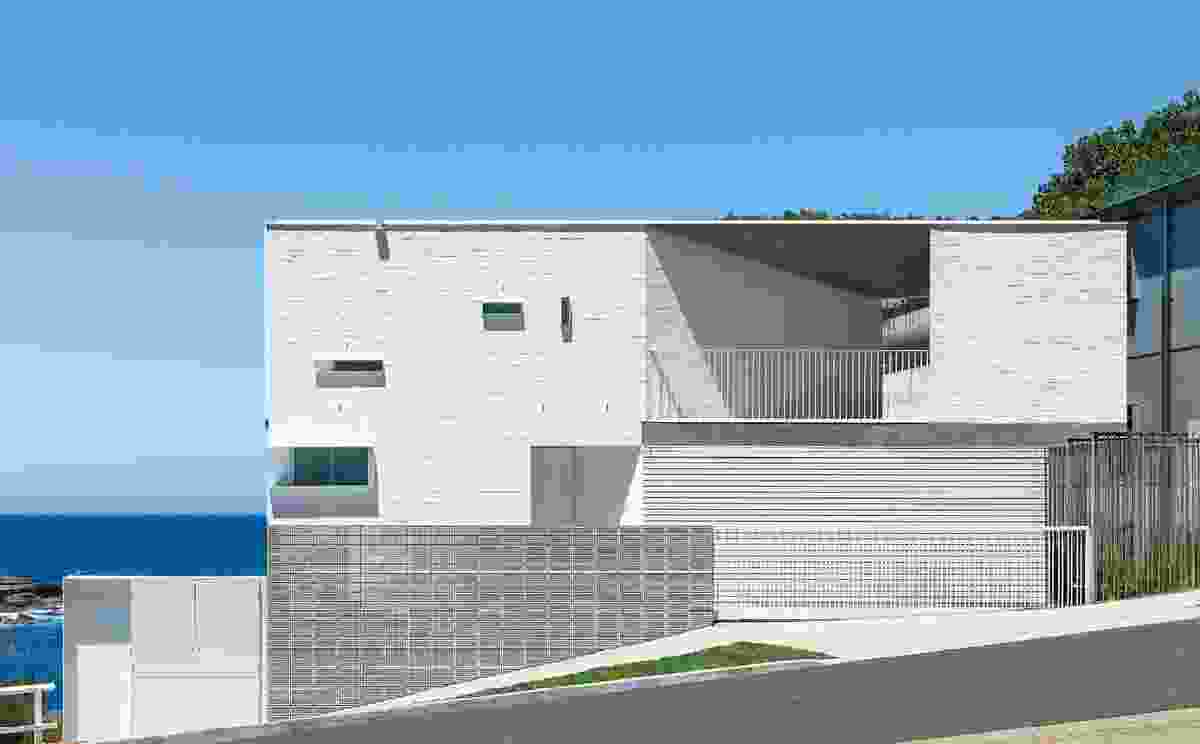 The language and palette of GB House transposes ancient courtyard architecture onto a seaside site. 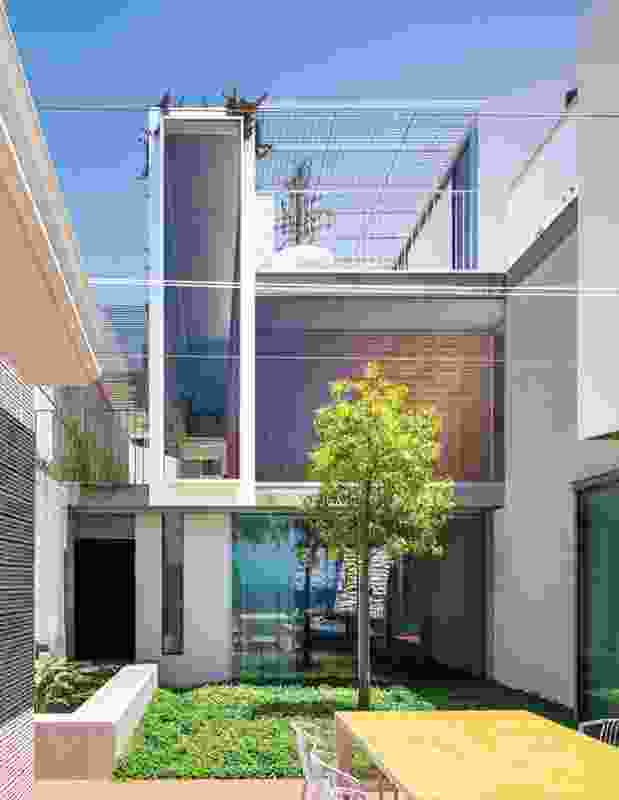 A brise-soleil of glazed bricks filters light into a double height living space on the first floor at GB House. 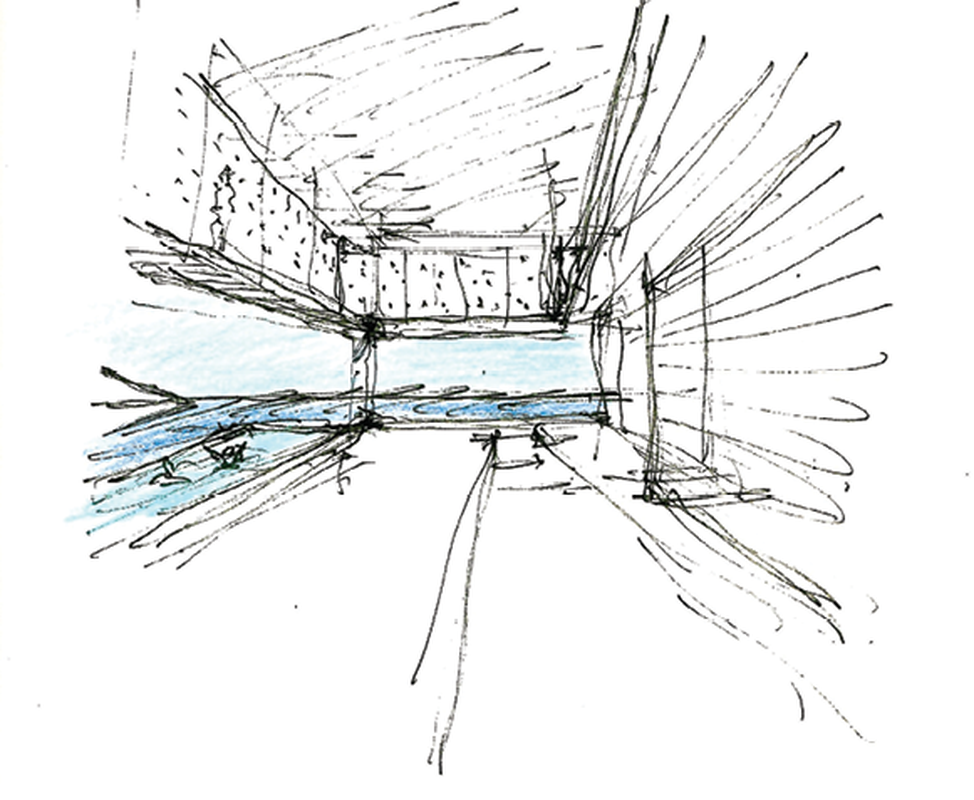 An early sketch of GB House depicts the concept for a space that frames seemingly endless views to the horizon and the sky. 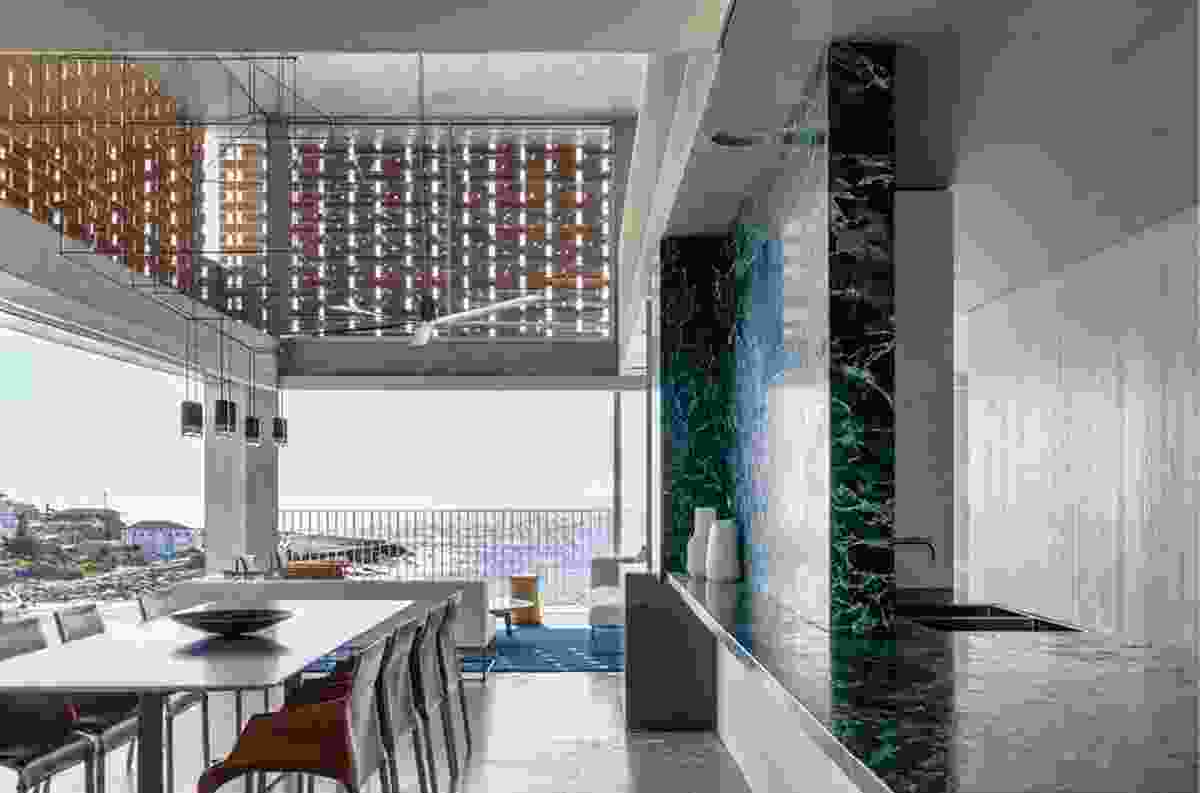 The textural white facade of GB House conceals the intense and varied spatial quality of the interior. 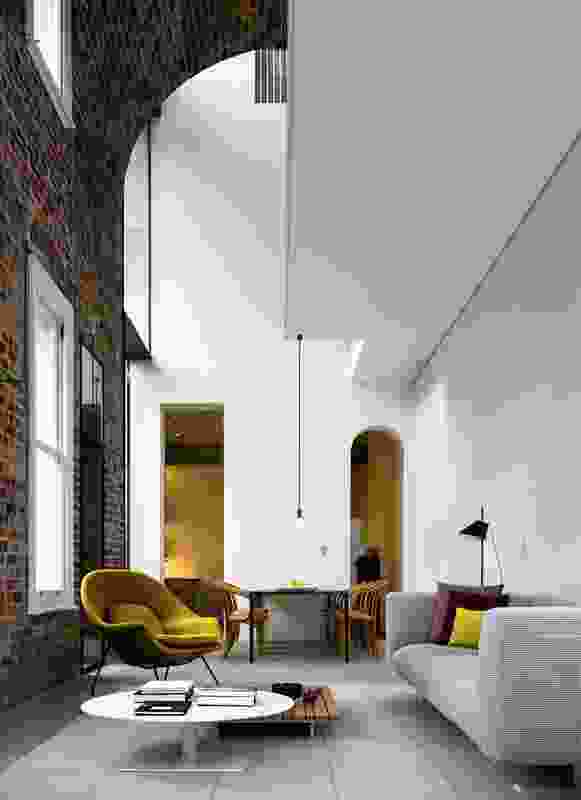 A vaulted brick arch creates a sense of grandeur at Italianate House – an addition to an inner-Sydney terrace. 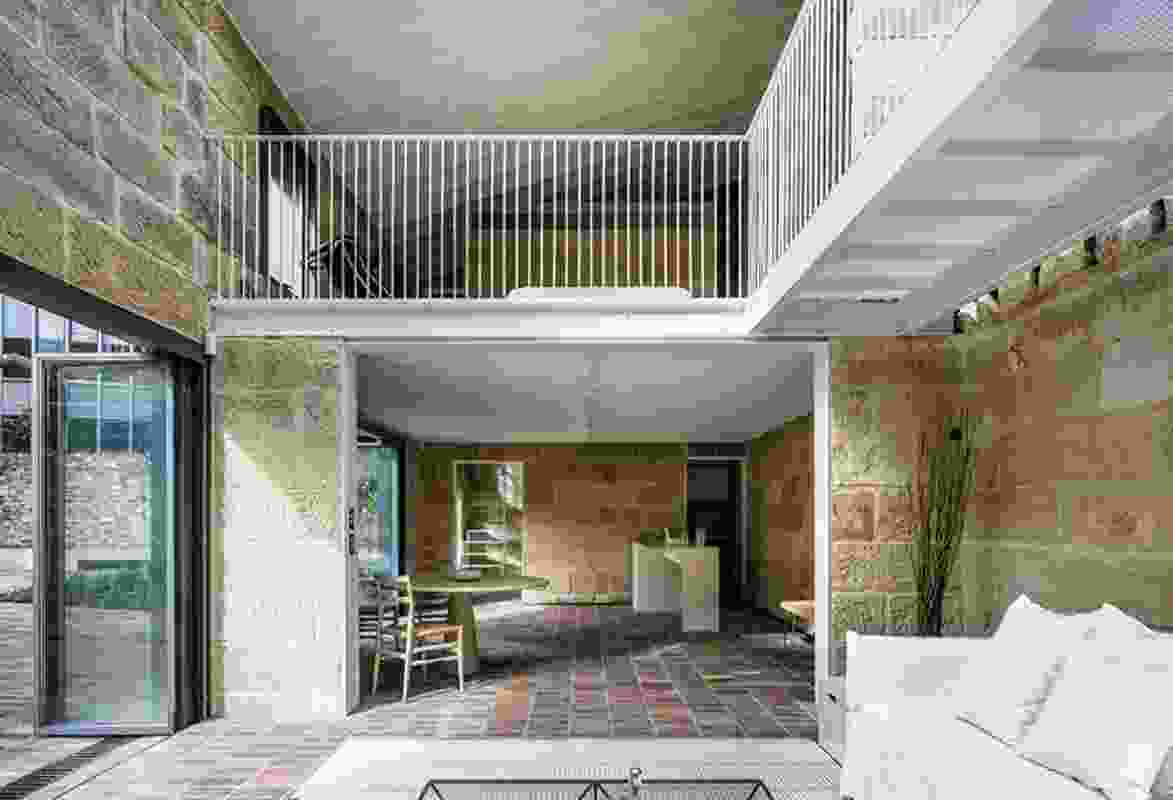 Converted historic stables at the rear of Italianate House retain the essence of the original structure. 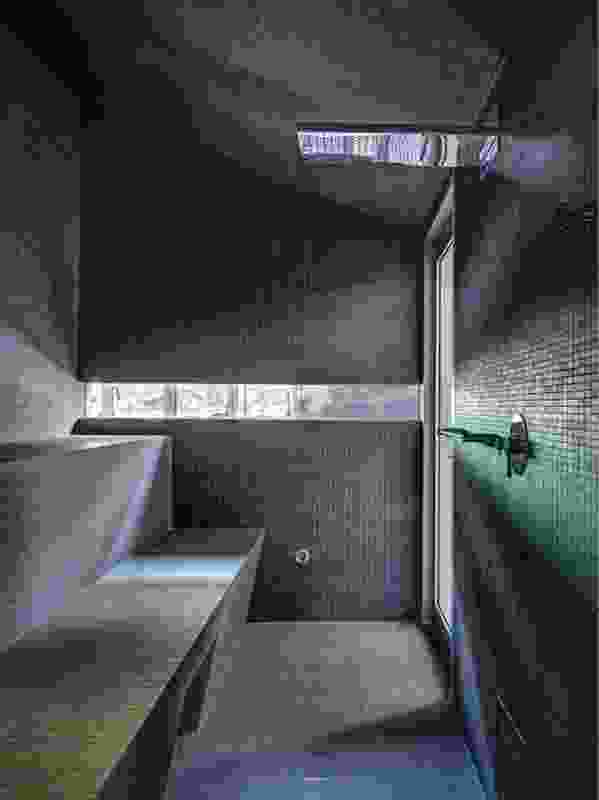 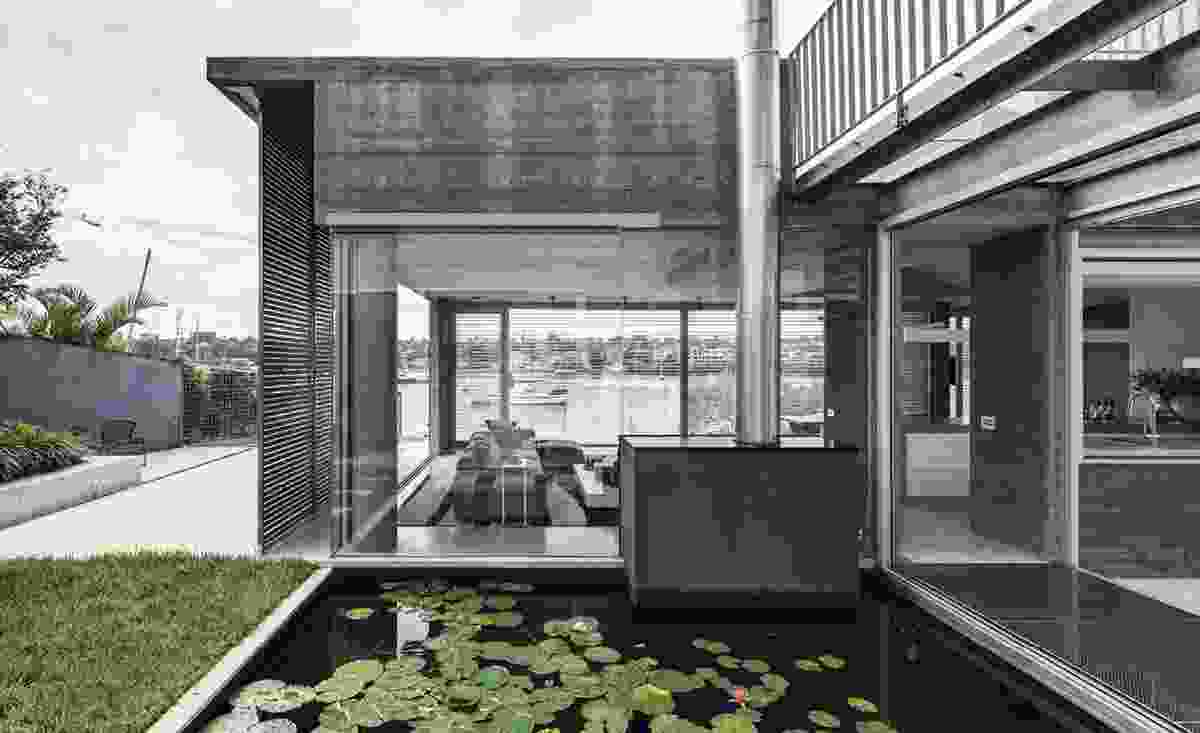 Link House is a pavilion surrounded by terraces and gardens that open the home to the sun, air and water. Photograph: Murray Fredericks. 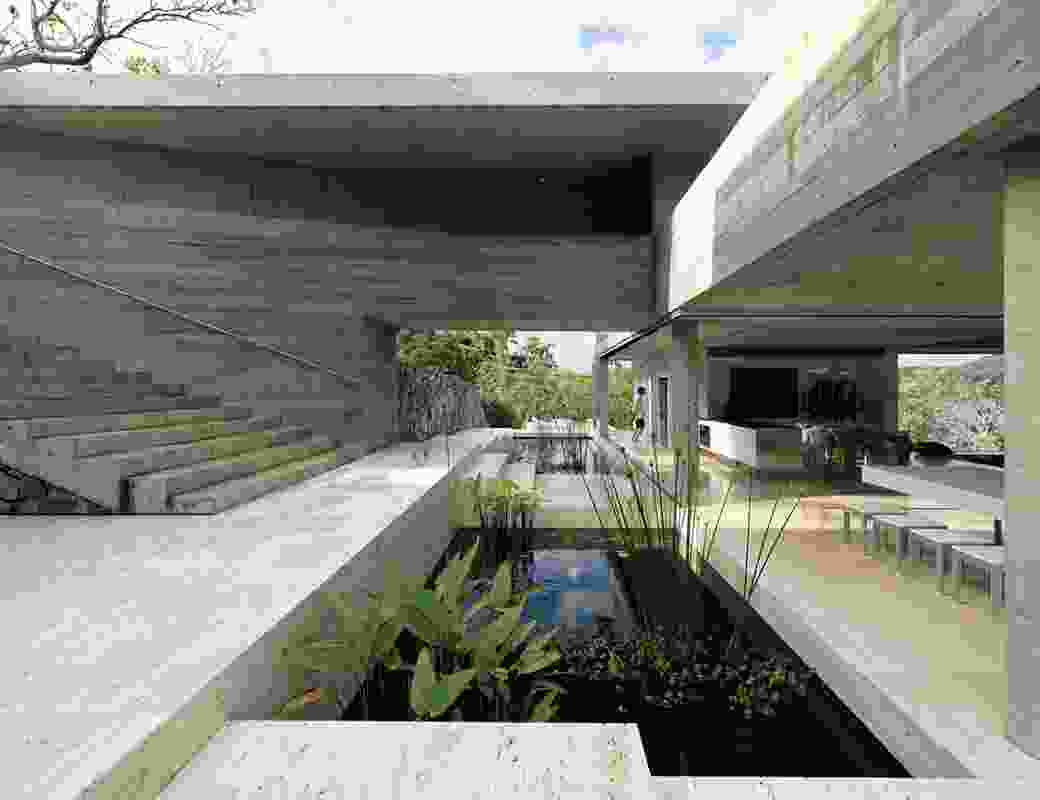