The many facades of Madrid

The 2016 Dulux Study Tour group visits Madrid on the last leg of the trip, exploring the city's many decorated facades and how they contribute to the vibrancy of its spaces.

Brick facade of the Apartmentos Girasol by Jose Antonio Coderch (1966) with inspiration from Alvar Aalto.

The vibrancy of Madrid was apparent as soon as we arrived in the city, on the last leg of the 2016 Dulux Study Tour. Rambling streets are punctuated by plazas full of people eating and drinking, which are in turn enclosed by perimeters of decorated facades. In a stark contrast to London (our previous stop), the economic downtown is still strongly felt in Madrid – but you wouldn’t know it from walking around the city. So where does this vibrancy come from?

The facade, developed from Arabic roots, is what drives the historic architecture of Madrid. Architectural tour guide Werner Durrer explains that Madrid is a city where ornament comes before monument. “Often people talk about Madrid as a monumental city, but it’s actually all about the ornament, the facades,” he says.

The variety and texture of these facades can be attributed to the slow evolution of the city – in some areas, buildings constructed 100 years apart stand next to each other. “As architects we are told ‘facade’ is a dirty word, but it really works in Madrid,” comments Chris Gilbert, a 2016 Dulux Study Tour participant. Mathew van Kooy, another participant, suggests why this might be the case: “All buildings might be just be facade, which primarily they are, but [in Madrid] they have a real authentic materiality to them. And this makes them of the place. The facades are brick, brick tiles and concrete.”

It’s not just the historical buildings that are facade-driven. Contemporary architecture such as Herzog and de Meuron’s CaixaForum (completed in 2007) continue the tradition. Another more recent example is the headquarters of Institución Libre de Enseñanza (The Free Educational Institution) by Amid Cero9 (completed in 2014), where a series of connected pavilions is covered in a veil of metal rods, with the intention that they will eventually be covered by greenery.

To better understand the success of Madrid as a city, the group referred back to the Copenhagen leg of the Dulux Study Tour and Jan Gehl’s teachings about what makes a city. As Dulux Study Tour participant Hannah Slater reflects, “Jan said we need edges to places where people are gathering and, in the public spaces we build, it’s important to build the walls first and the spaces afterwards.”

In Madrid, the vertical planes or walls are built in this way to contain the public space. These walls also provide the opportunity for decoration, giving texture and warmth to the spaces. To add to this, the ground plane is permeable in these plazas – open doors to cafes, restaurants, bars and shops. Often restaurants share seating areas, rather than being roped off from one another. The activity in these plazas stems back to the Moorish influences in Madrid – outdoor space is seen as a living room. “In comparison to London – and it’s a product of climate and culture – the public realm is [more] engaging in Madrid,” Slater says.

Historically, there was no urban plan for Madrid, and buildings were built along footpaths. As Dulux Study Tour participant Katy Moir says, “It’s interesting to hear that the city was planned [according to] where people walked. People came first here.” Again, this relates to the teachings of Gehl. However, there are particular scales – or widths of streets and heights of buildings – where the lack of urban planning has had a negative effect in Madrid. Narrow streets with access to little sunshine become wind tunnels. At the other extreme, highways moving through the city disrupt the flow of pedestrians. “It’s good that there is a mix,” Moir says, “but there are definitely extremes in Madrid.”

A recent, and very ambitious, urban planning project in Madrid sought to recover the connection between the city and the Manzanares River by burying part of the first ring road that runs along this river. Once the tunnel was made, a team including Burgos and Garrido Arquitectos Asociados, Porras La Casta Arquitectos, Rubio and Álvarez-Sala, and West 8 won a competition to develop the land left vacant after the burial of the highway. The scheme, Madrid Rio, has seen six kilometres of inner-city land renewed and as van Kooy says, it “has resolved an urban problem through a macro social and ecological vision exclusively [through] landscape architecture and urbanism.”

Walking along part of the Madrid Rio, it’s hard to imagine what it would have been like with the original motorway. This was a hugely expensive and disruptive project, but one that adds value to the outer skirts of Madrid as well as connecting the city to the surrounding areas. Teresa Carro of Burgos and Garrido Arquitectos Asociados tells the group that “the rental value of the area has increased to the same amount as in the city centre.” In some ways, this project could be seen as another facade of Madrid, one that hides the motorway running one metre below Madrid Rio.

The group considered the lack of successful public space in London and Copenhagen in comparison to Madrid, and whether or not Madrid as a city would work in other climates. Van Kooy suggests that climate issues are overcome in Copenhagen as “they have their idea of cosy, but culturally, Londoners don’t celebrate the winter.” Dulux Study Tour participant Qianyi Lim argues that London needs to make public space adapted to suit the climate. She says, “How wonderful was Foster’s adaptation of the British Museum as an internal public space? Everyone was there to escape the wind and the cold.”

Madrid has a long history of working within its means, building facades physically and metaphorically. Regardless, the streets and public spaces continue to be flooded with people and activity. As our tour guide Werner says, “Madrid is not just a city that people come to work or play, this is a city that people come to live.” Van Kooy agrees. “Here, every building is different,” he says. “I think Jan Gehl would be very happy.”

Katelin Butler has been travelling with the #2016DuluxStudyTour. Follow the blog http://wp.architecture.com.au/duluxstudytourblog/

The many facades of Madrid 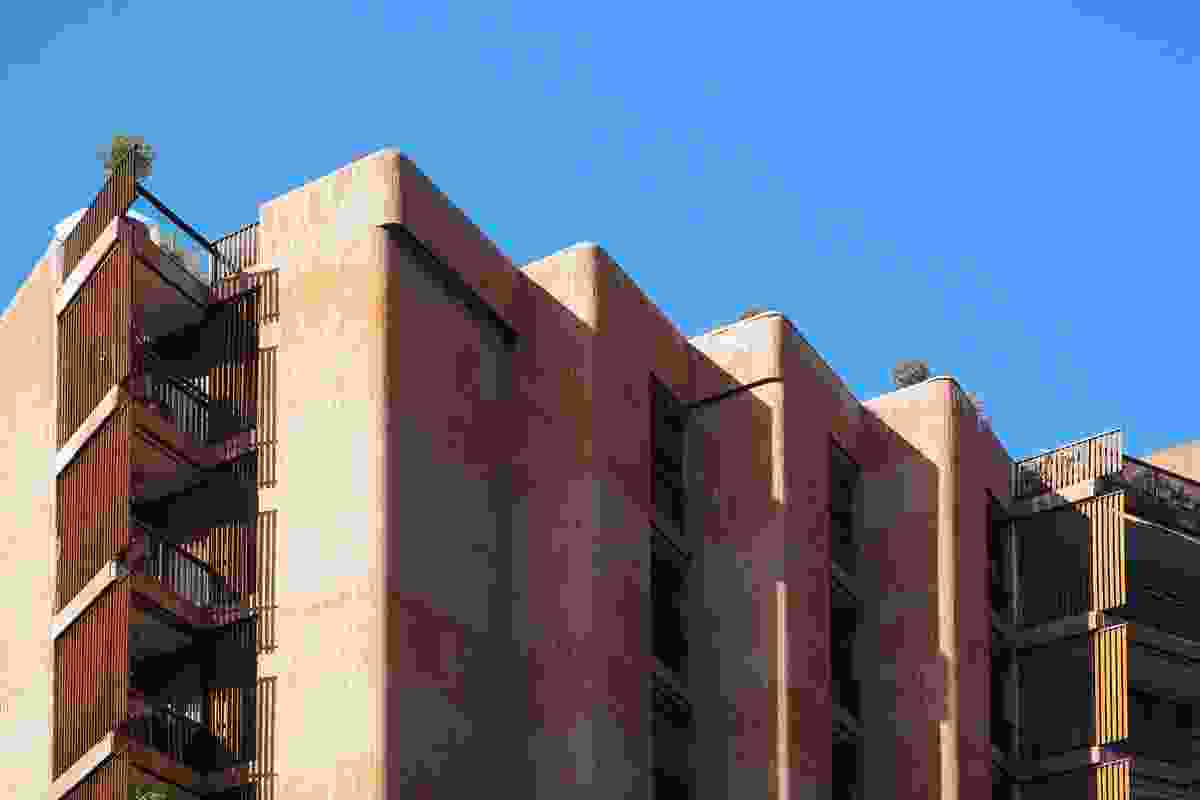 Brick facade of the Apartmentos Girasol by Jose Antonio Coderch (1966) with inspiration from Alvar Aalto. 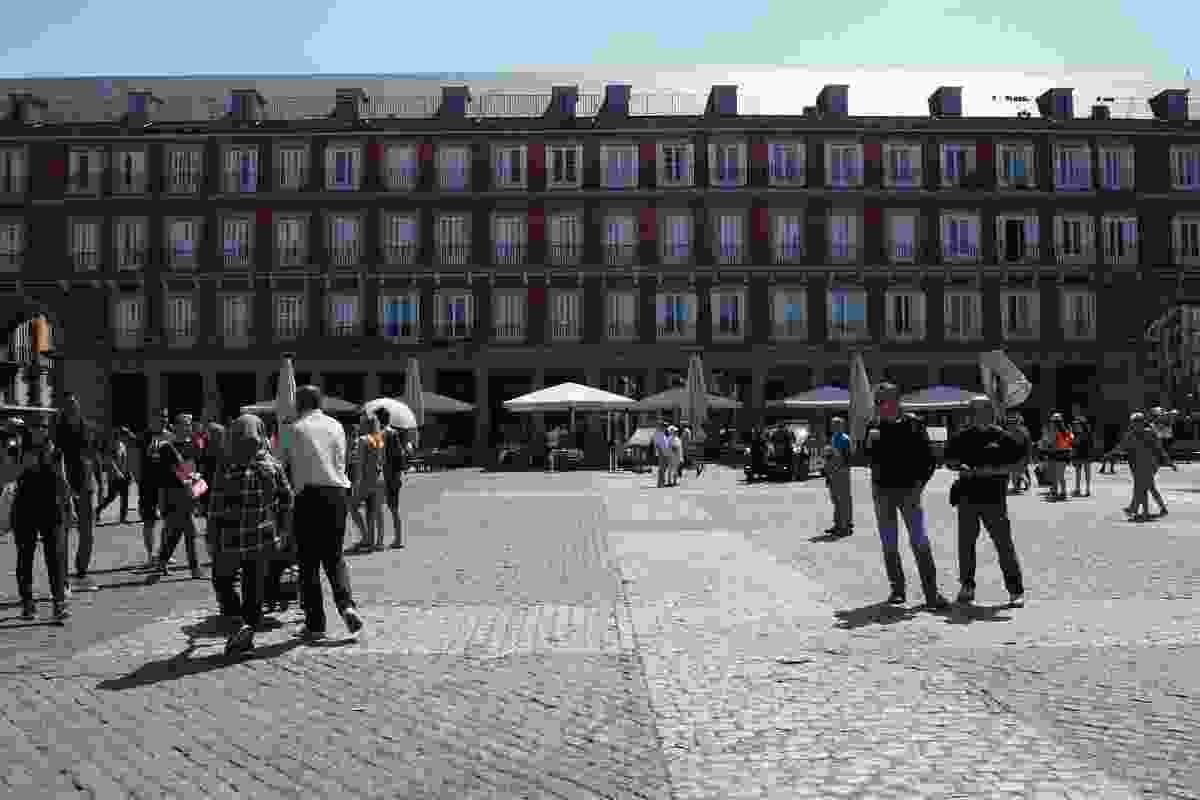 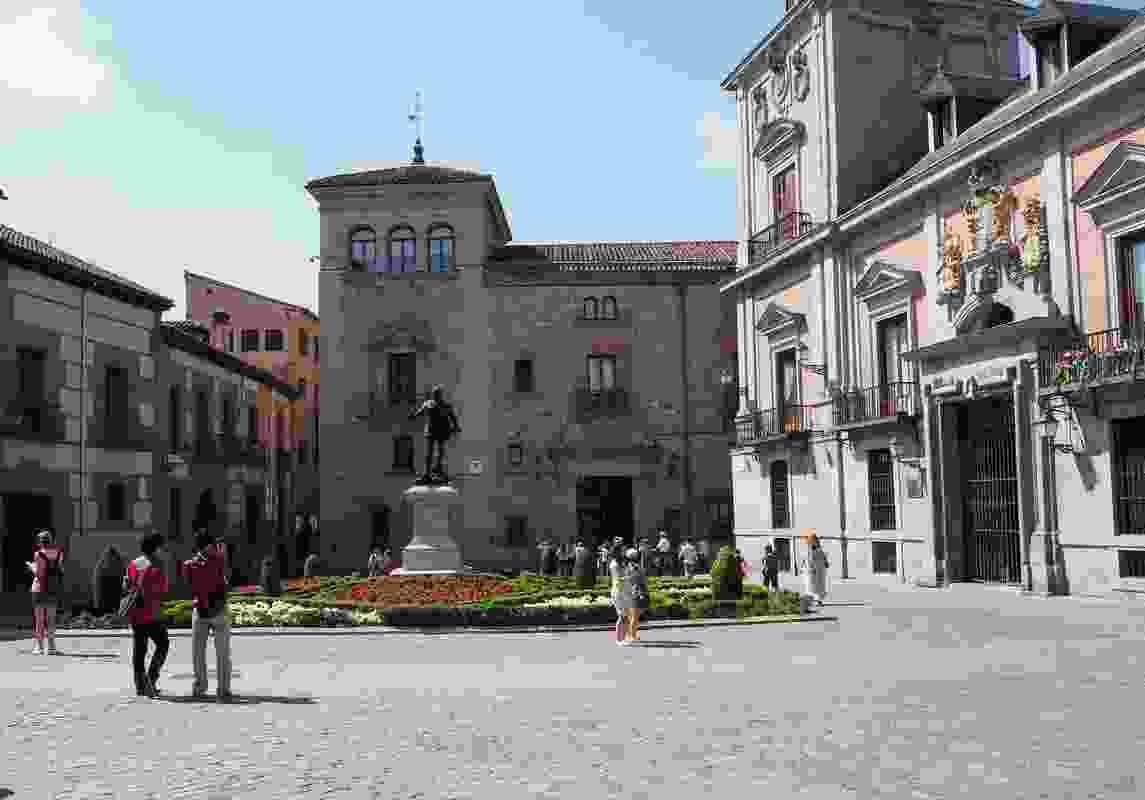 The historic facades of Madrid 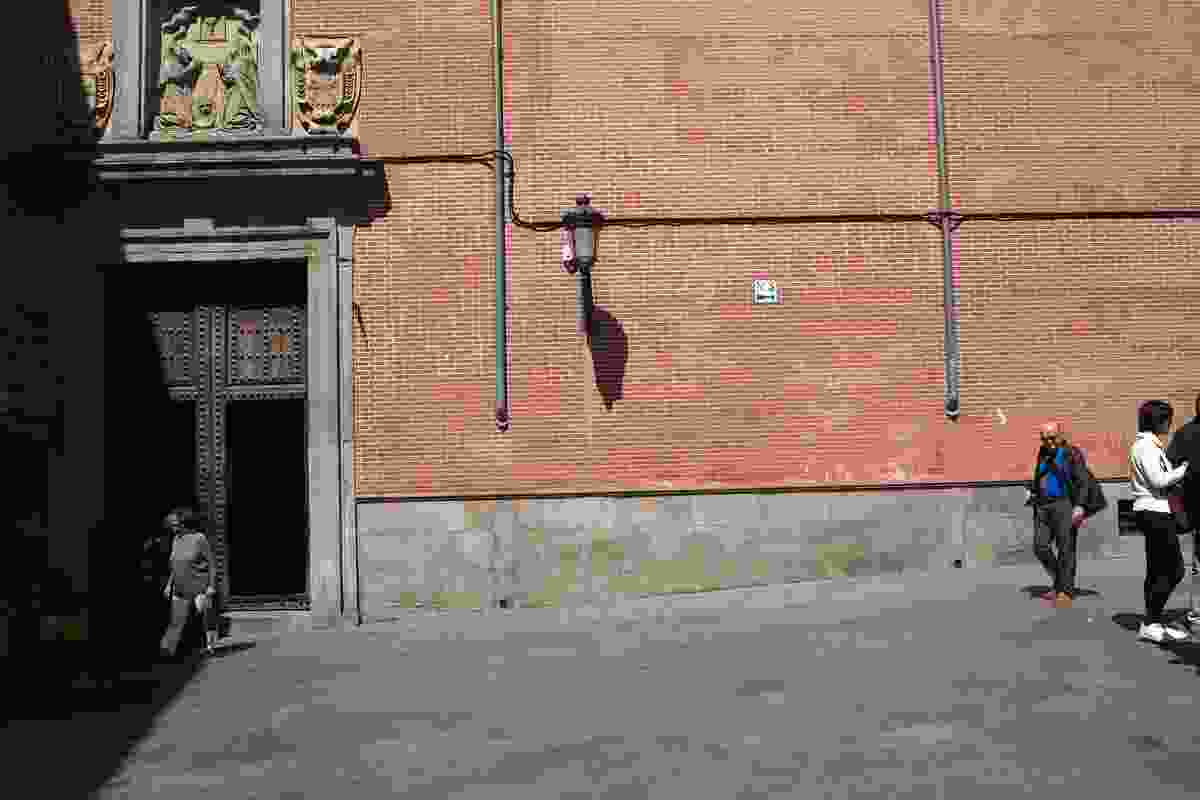 Painted bricks on a historic building in Madrid. 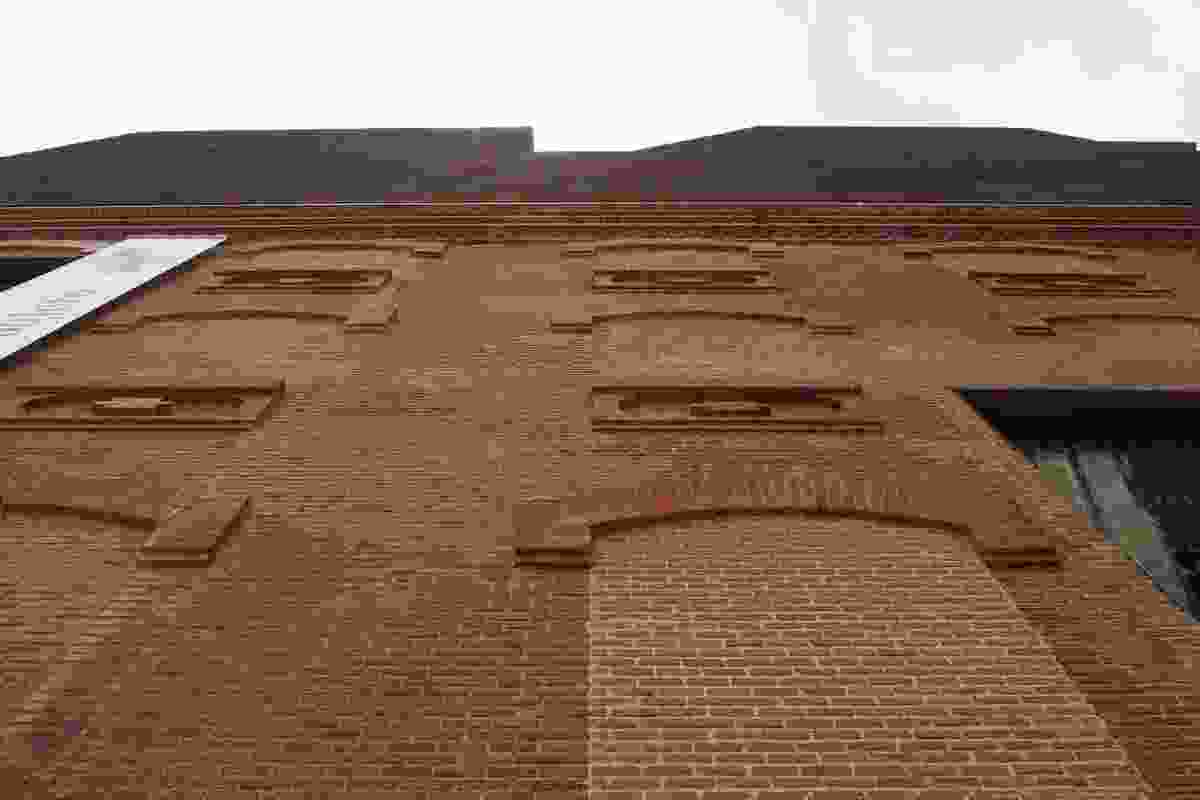 Facade of the CaixaForum by Herzog and de Mueron. 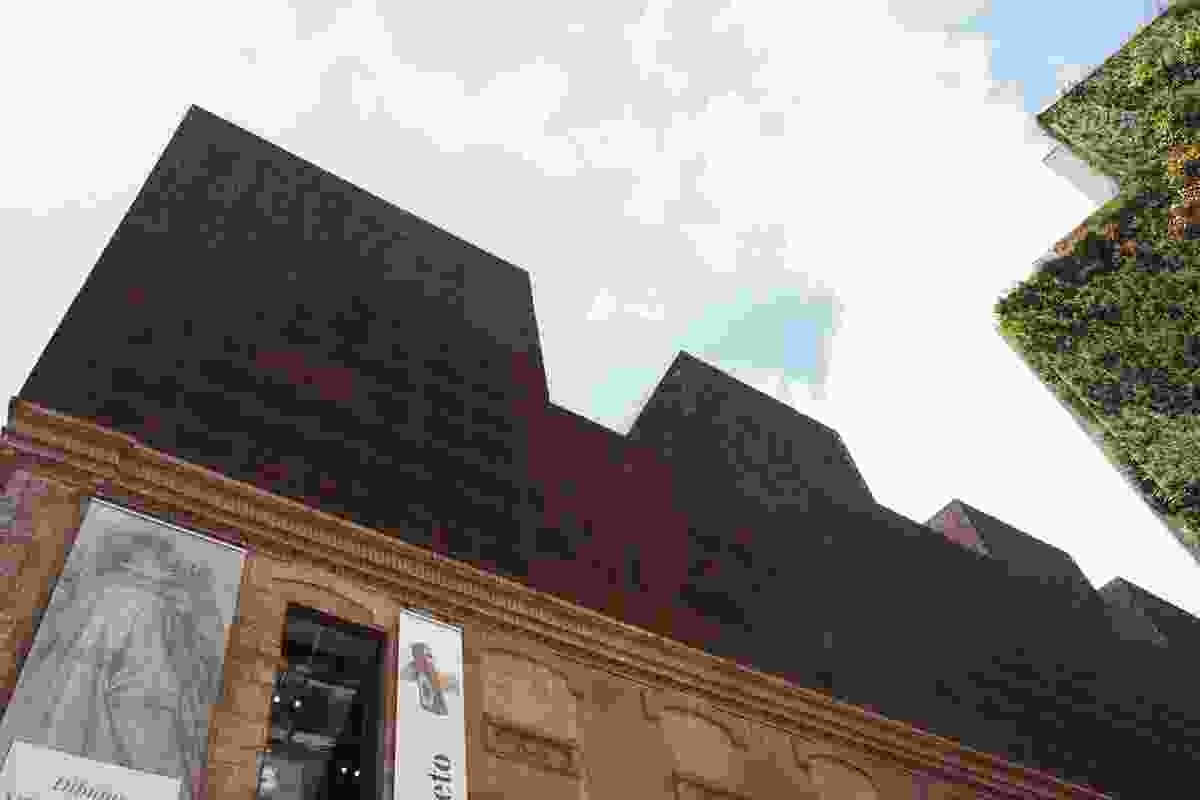 CaixaForum by Herzog and de Mueron. 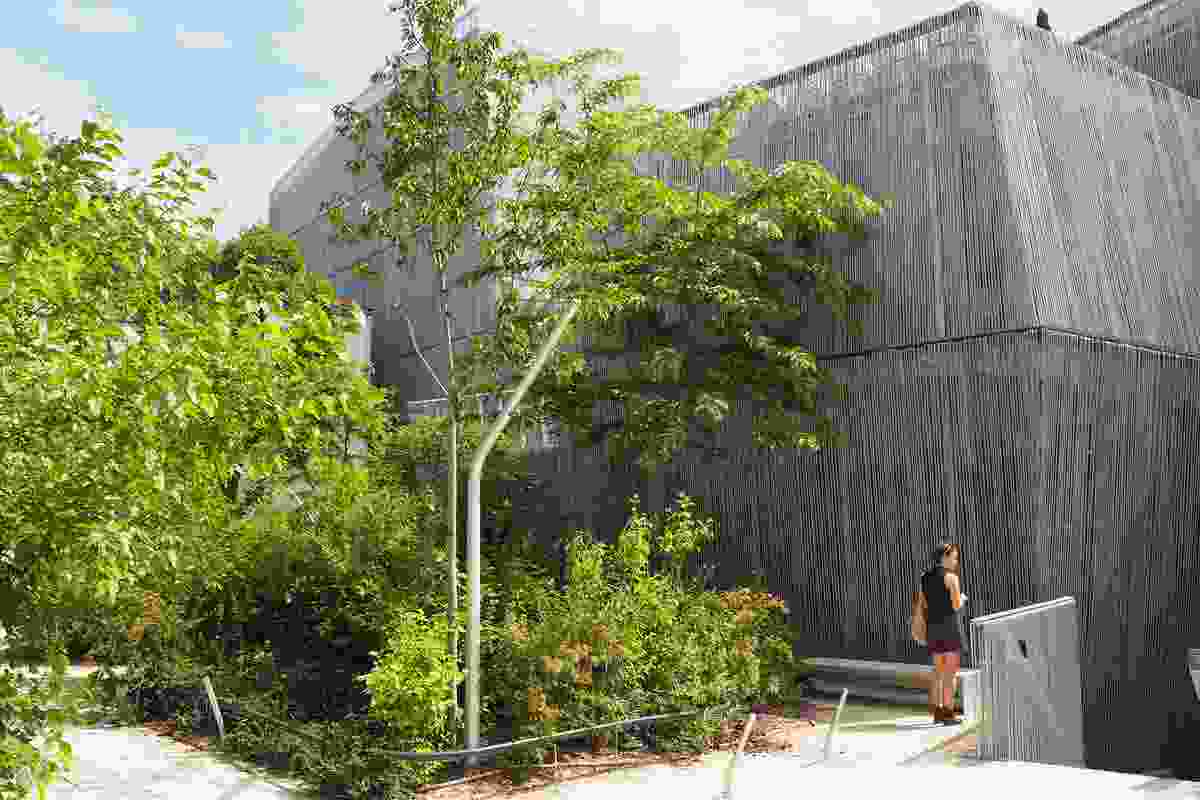 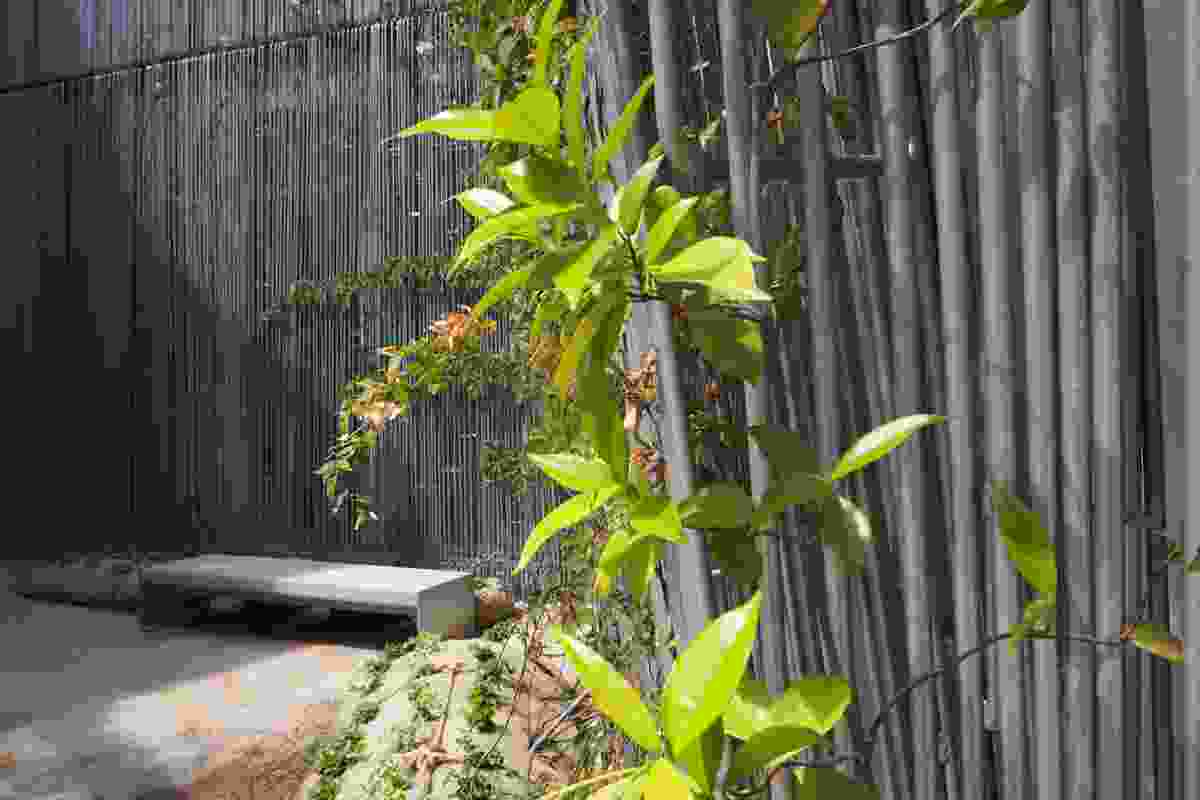 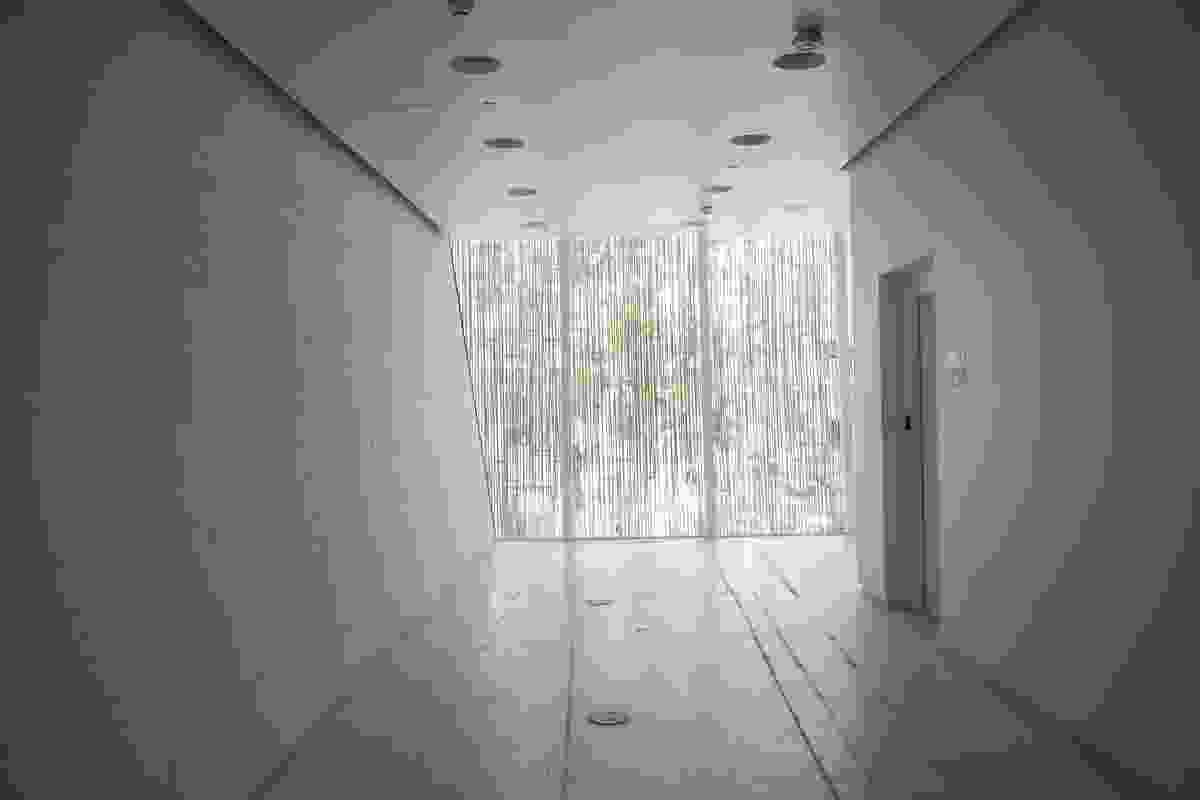 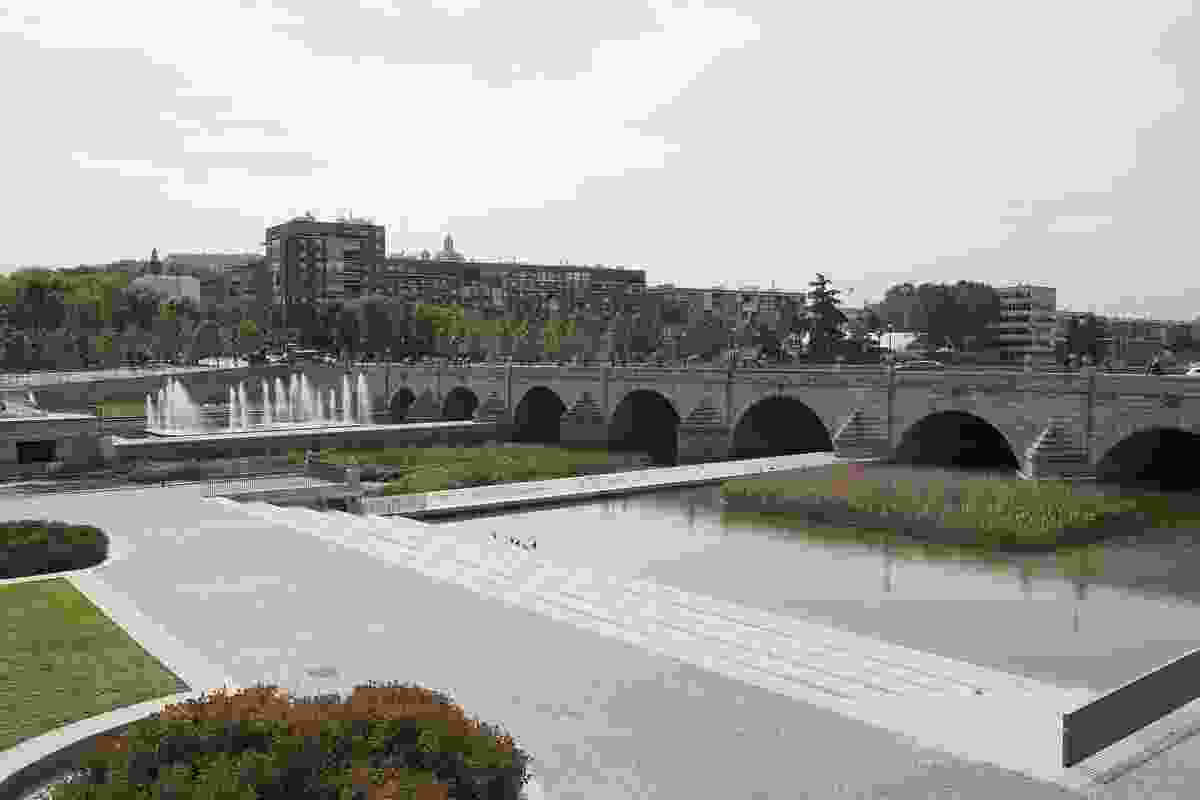 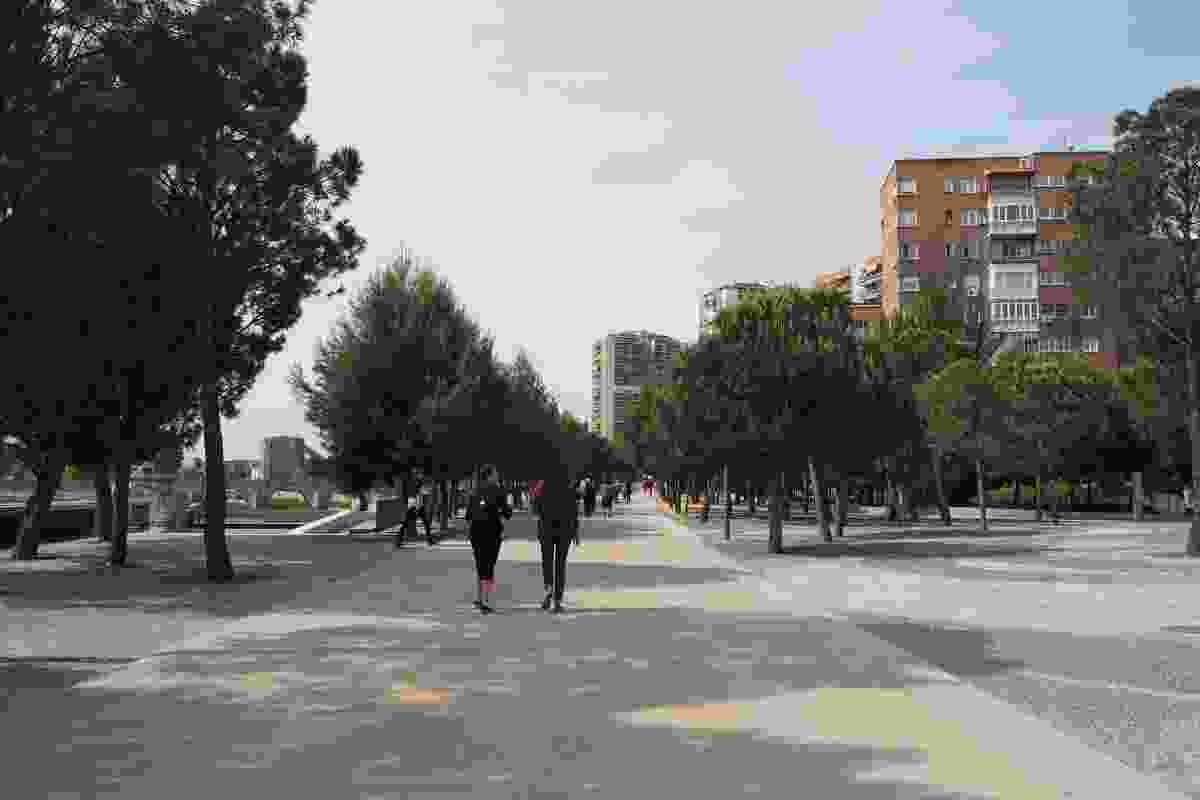 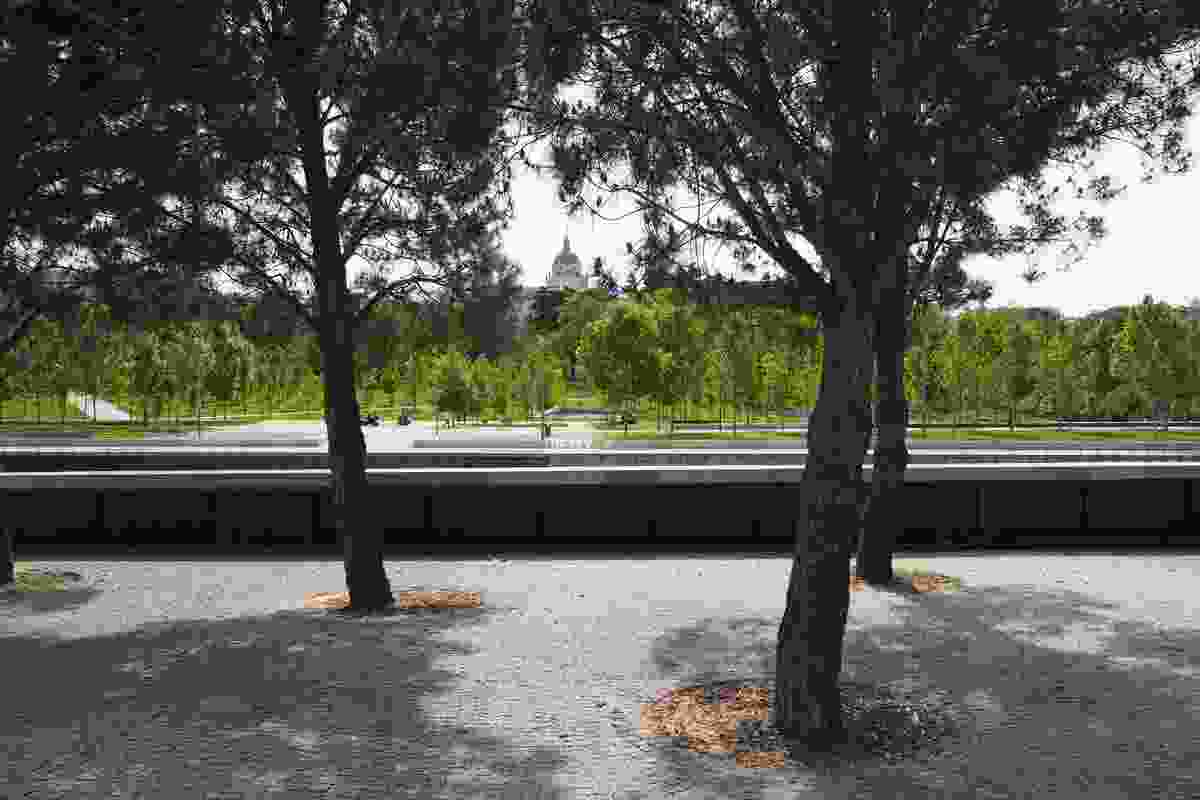