Marissa Looby and Michael Holt explore the inherent paradox in the idea of being modern: Is today’s concept of “newness” simply a mimicry of the past?

When the contemporary architect is requested to design something modern, they are faced with a contradiction: they seek something situated in the past. However, what does one mean by modern? The term “modern” is easily confused with its architectural stylistic equivalence, Modernism, as it is with its linguistic relative, modernity. The convergence of modern/Modernism/modernity becomes crystalline when considering that they all inherently reject “tradition” so as to be particularly “of their own time.” Therefore, in accepting modernity as the present period or in holding an appreciation of Modernist ideals or aesthetics, the architect is paradoxically working against the idea of what it is to be modern.

The ideogram of Modernism has become synonymous with a perpetual crisis of modernity to be modern or new. Such a conflation is compounded further by the generalized anxiety of the contemporary architectural profession to be new or innovative.

This is not to emphasize any relation of present architecture with an architectural style but rather architecture’s association with the axiom of modernity. Modernity had been visualized by Modernism but, paradoxically, modernity was emblematized by Modernism in a need to “look modern.” This synchronization remains; modernity is still widely identifiable by the forms of Modernism and especially when searching for the “modern” through the “new.” But what is “new”? The irony is that contemporary architecture often presents itself as a bastion of possibility when in actual fact it is often a cautious yet beguiling retreat to “the safe,” hidden and consumable; the understandable and affordable: the Modernist safehouse.

The Modernist safehouse is not a physical building, it is not a single residential unit of particular merit or note, and it is not a reference to typology; instead, it is a symbolic notion. It is a concept. It is analogous, standing as the exemplar of the inherent paradox when asking for something “modern.” The safehouse provides the architect with an opportunity to find legitimization or sanctuary. In effect, the safehouse enables and incubates an anxious desire to be “modern.” It proclaims a form of pseudomodernism as new, continually nestling back into the conceptualization of modernity.

Modernism as an architectural style was a future-oriented cultural approach navigated by the rejection of convention. Yet Modernism has since become a byword for “traditional contemporary.” It is a style that is recognizable but that at the same time is “hidden in plain sight” – it blends into the background. The appliqué of “modernity” as a Modernist aesthetic onto architectural form provided the public with an appreciation of the way design could improve our daily lives and the built environment. For example, as a characteristic definition of a lifestyle, the Rose Seidler House in Sydney, designed by Harry Seidler (1948–50), has become a symbol of modern life.

This is recognizable in the advertising strategies and disciplinary publications from the period which focus on the house, whether it is automotive manufacturers using it as a backdrop to emphasize a modern lifestyle or kitchen appliance producers advertising “all mod cons,” showcasing the interior spaces replete with state-of-the-art design including refrigerators, stoves and other household electronics. Magazines like Home Beautiful and Australian House and Garden helped disseminate modern ideals by labelling the building as “designed to cost less,” with a “flexible, open plan that provides for all members of the family.” Its Modernist aesthetic, alongside its representation of modernity, presented a mechanism for conflating architecture and consumerism. Its legacy as an identifiable, iconographic representation of ethics and aesthetics is noted by the public and practitioners alike (even though at the time of construction it was deemed “alien” and uncompromising).

In enabling the public to qualify an aesthetic value to modernity, Modernism – triggered by capitalism’s all-pervasiveness and through its intrusion into the realm of aesthetics – formed an apparatus for living. What is interesting is not Rose Seidler House’s historical significance but its continual use in the present as an example of modern living. The house is used today in television and advertising campaigns as a desirable concept of modernity. It was featured in Ikea’s recent photo shoot for the Stockholm collection and appeared in the company’s catalogues and press imagery. Similarly, the building is the backdrop in the recent campaign for high-end shopping mall Chatswood Chase, which aims to rebrand itself through promoting a suave, retro-modern aesthetic. Perhaps the most notable example of the building as lifestyle, and as a hybridization between the modern and the new, is Nescafé’s Camouflage advertisement campaign in 2009. The building continues to act as a guiding principle of social ideology, having an impact on and serving as a legacy for future generations.

The overarching paradox of being modern is that the past was modern too. The Modernist safehouse is the location of a reciprocal paradox, secretively hidden away but accessible to all generations. In a discipline that is fretfully distracted by the idea of the new, is it possible for the profession to break free from its own anxiety? 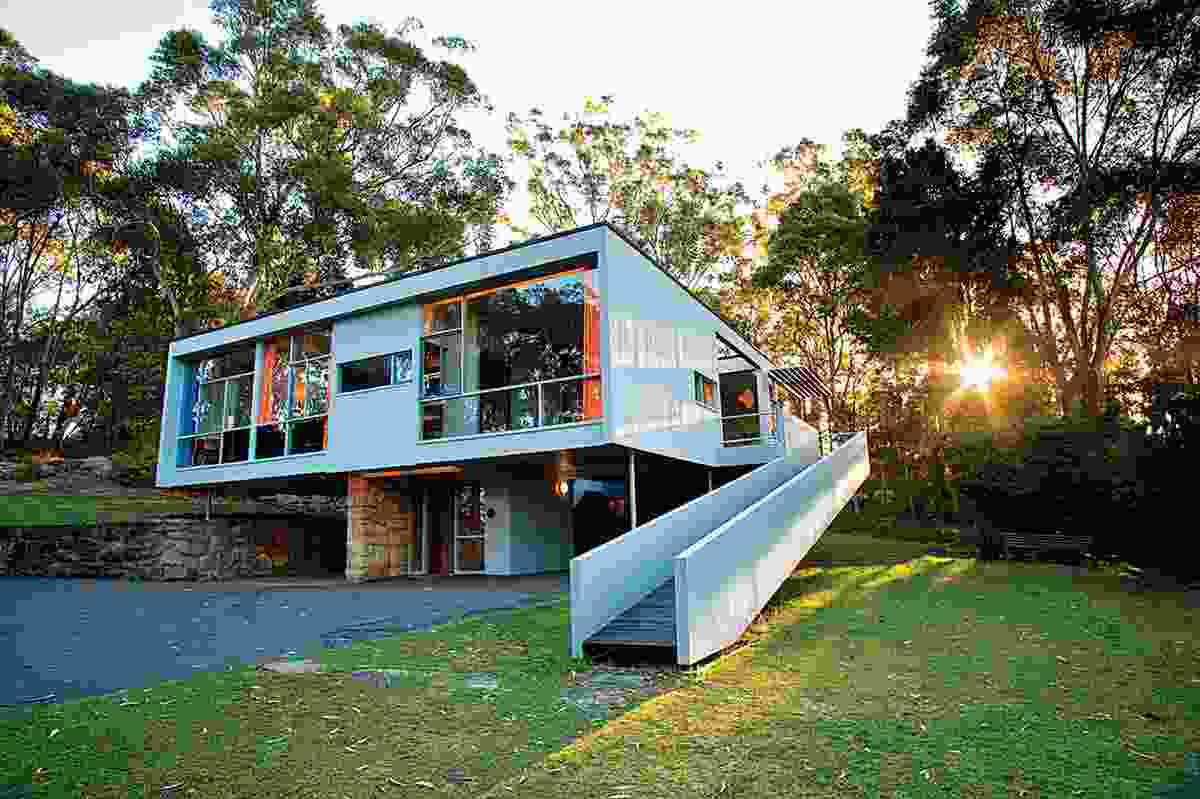 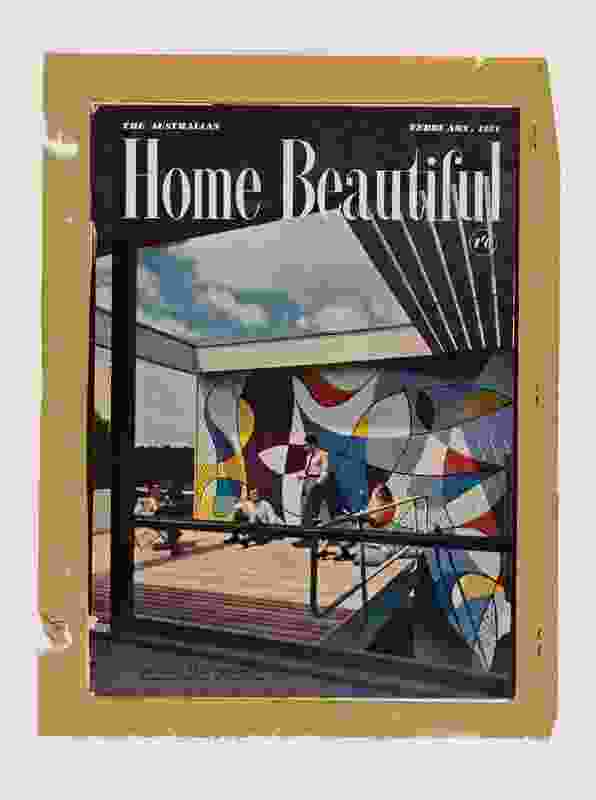 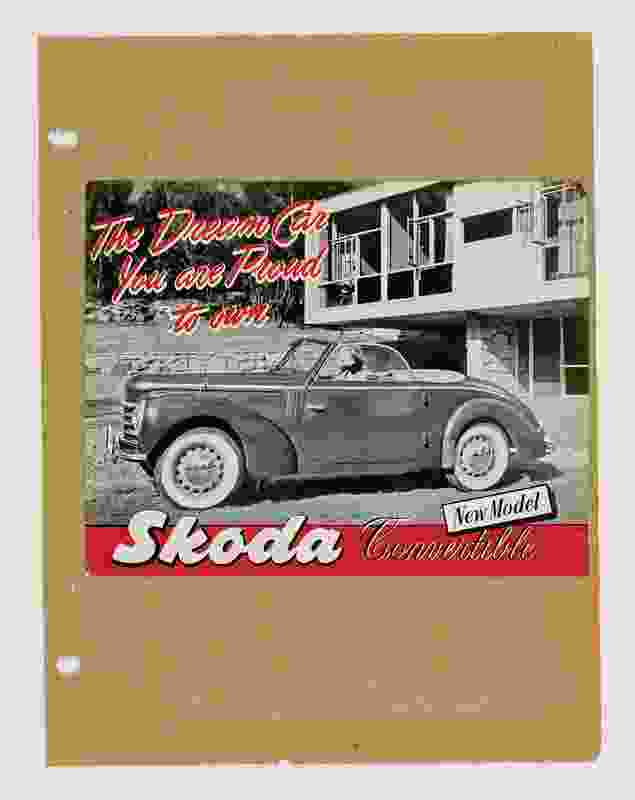 An advertisement for Skoda cars featuring the Rose Seidler House.