Lye, one of New Zealand’s most internationally renowned artists, became famous for pioneering work in both the moving image and in kinetic sculpture. The new centre, which sits adjacent to the contemporary art museum the Govett-Brewster Art Gallery, collates much of his work.

At the opening, visitors were able to directly engage not only with the artworks of Len Lye, but also with the centre’s gleaming stainless steel facade. The shiny surface creates distorted reflections of the adjacent White Hart Hotel (1886), an excellent example of a Victorian-style Kiwi pub; the graphic horizontal lines of the modernist Atkinson House (1950); and the city’s clock tower (originally built in 1907 and rebuilt in 1985). At ground level, a repetitive koru design (a spiral based on an unfurling fern frond) is sinuously carved in concrete and explodes upwards towards the sky, creating a beautifully draped curtain of architecture, people and sky in constant motion, as seen in the video below.

During the opening, local performers dressed in metallic silver outfits dragged passersby into a hand-held picture frame to be photographed in front of the new facade.

Andrew Patterson of Patterson Associates said, “People were taking selfies all of the time. It was interesting to see how the reflective shine on the facade confused the auto-focus on modern phones and made the walls tend to distort.” Attending the launch was multimedia artist Tim Gruchy, who quipped, “Clearly the building can bend reality.”

Architect Andrew Patterson couldn’t believe the public response, stating, “Immediately upon entering the building, people’s heads would raise but their jaws would stay in the same place,” adding, “it was the best feedback any architect could want and I could have camped in the lobby all of this week just to watch people.”

Inside, the architects have ensured that Len Lye’s art is the main star. Visitors are deliberately taken on a spiralling journey around the gallery spaces. The form and high finish is dramatic but the minimal variety of materials and clean lines makes the interior appear simple in execution. Patterson Associates has created a short film below, which shows how the layers of the building are organised. 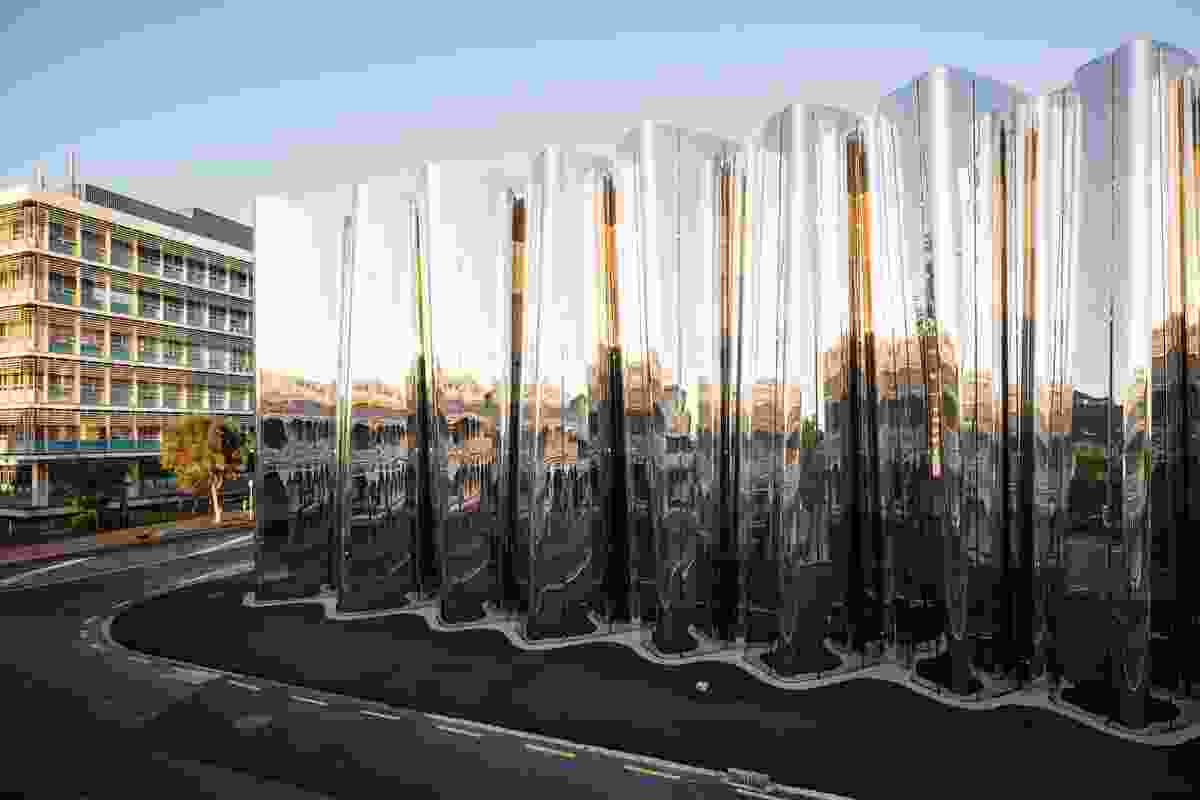 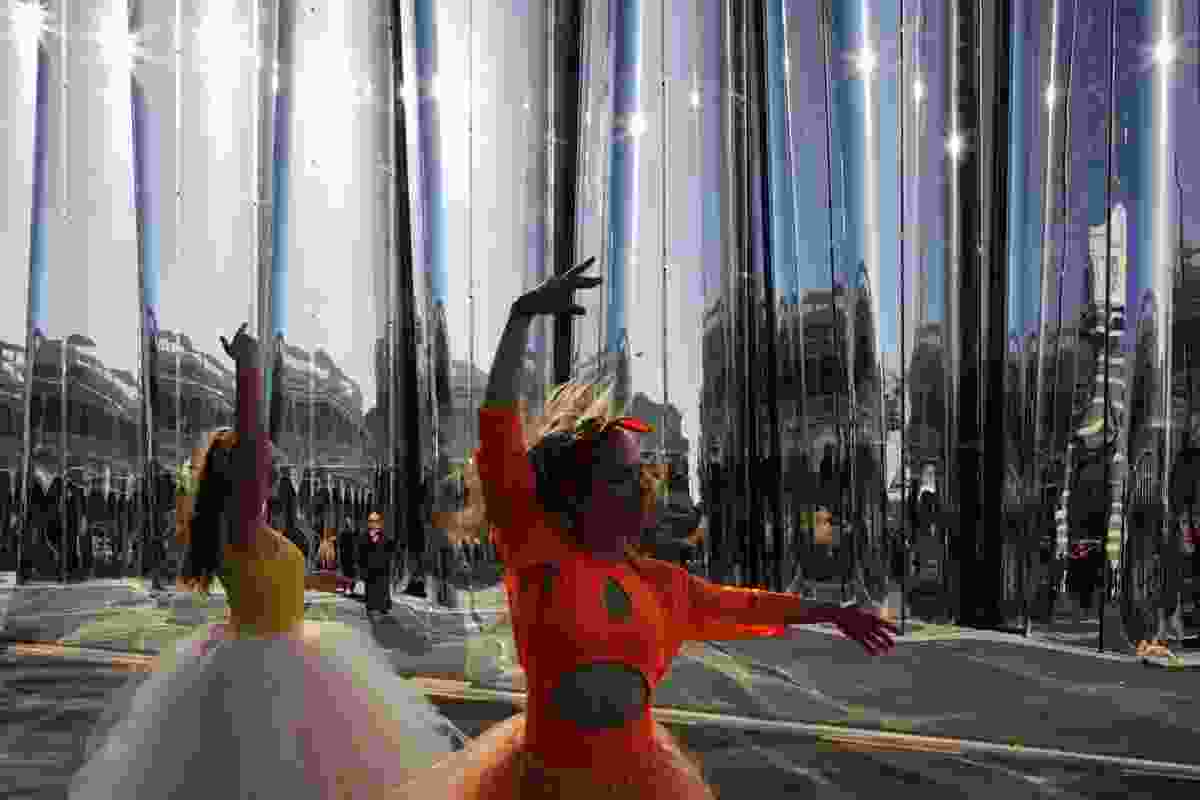 As part of the street festival that accompanied the opening, school children danced in front of the building. 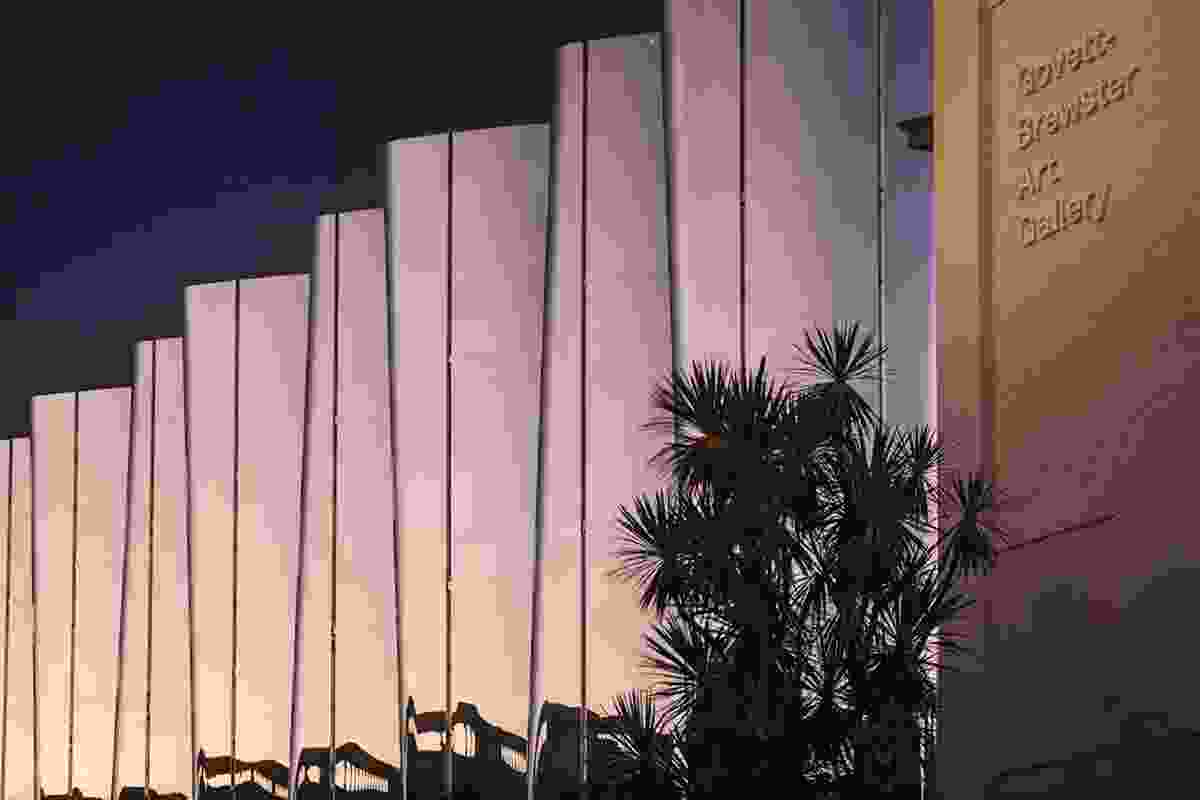 The Len Lye Centre gleams in the twilight. 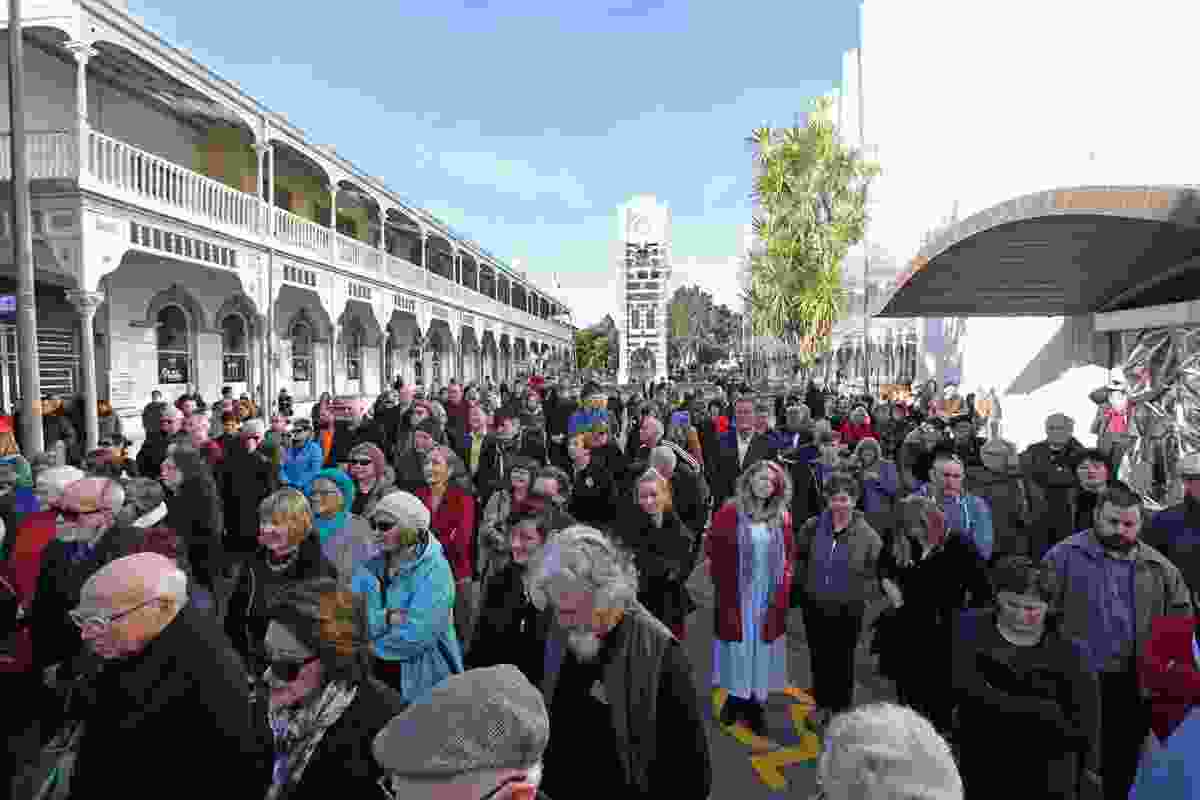 The powhiri underway on Saturday 25 July for the launch of the Len Lye Centre. 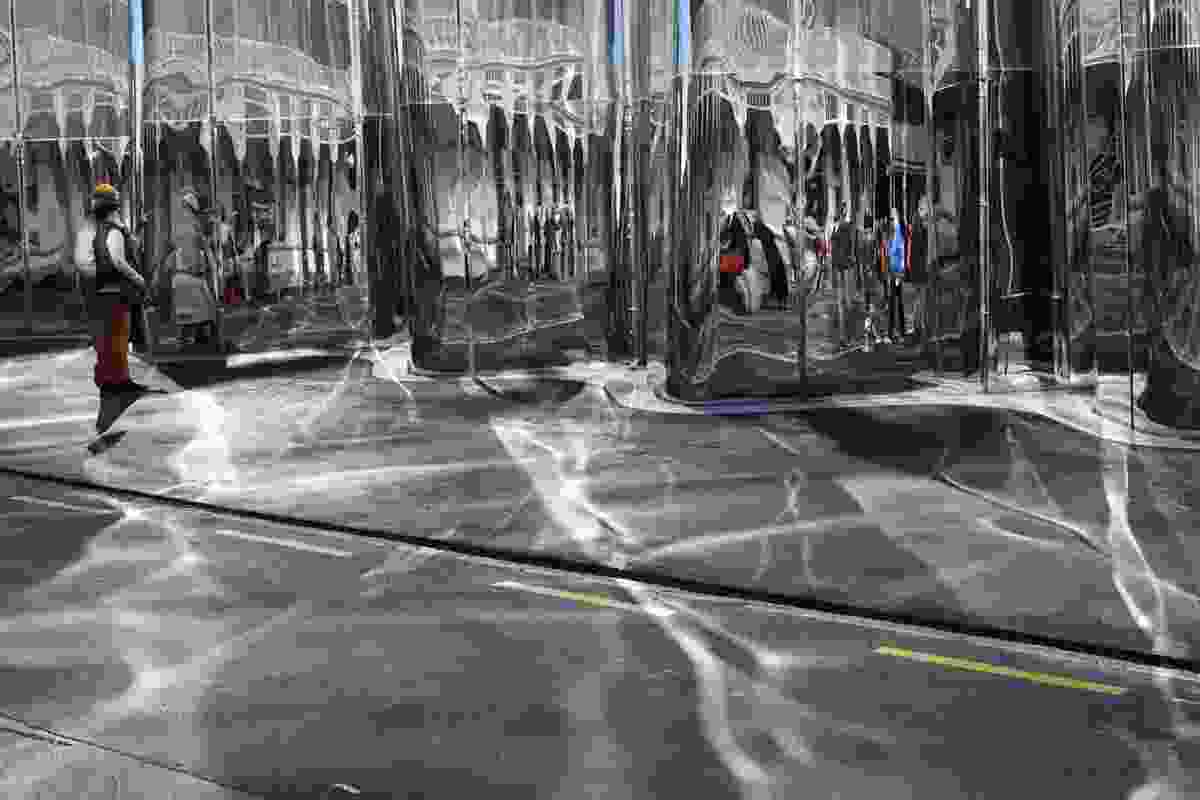 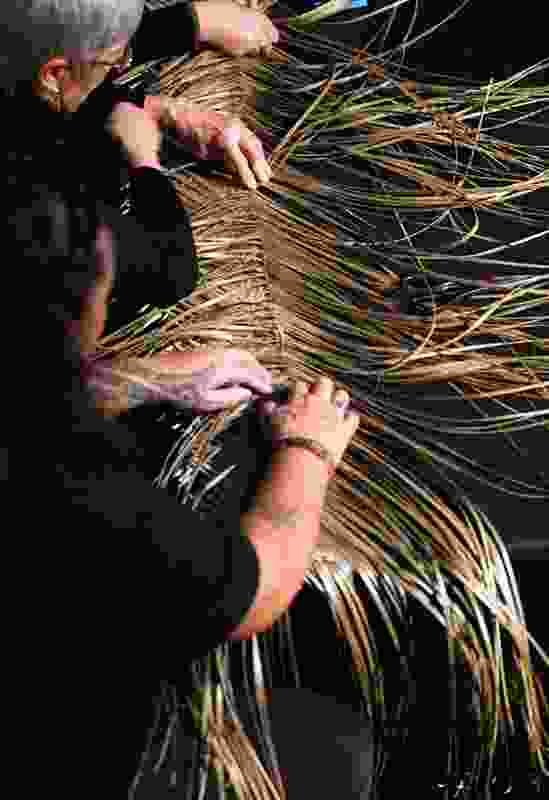 Community weaving project in the Our Hearts of Darknesss exhibition at the Len Lye Centre. 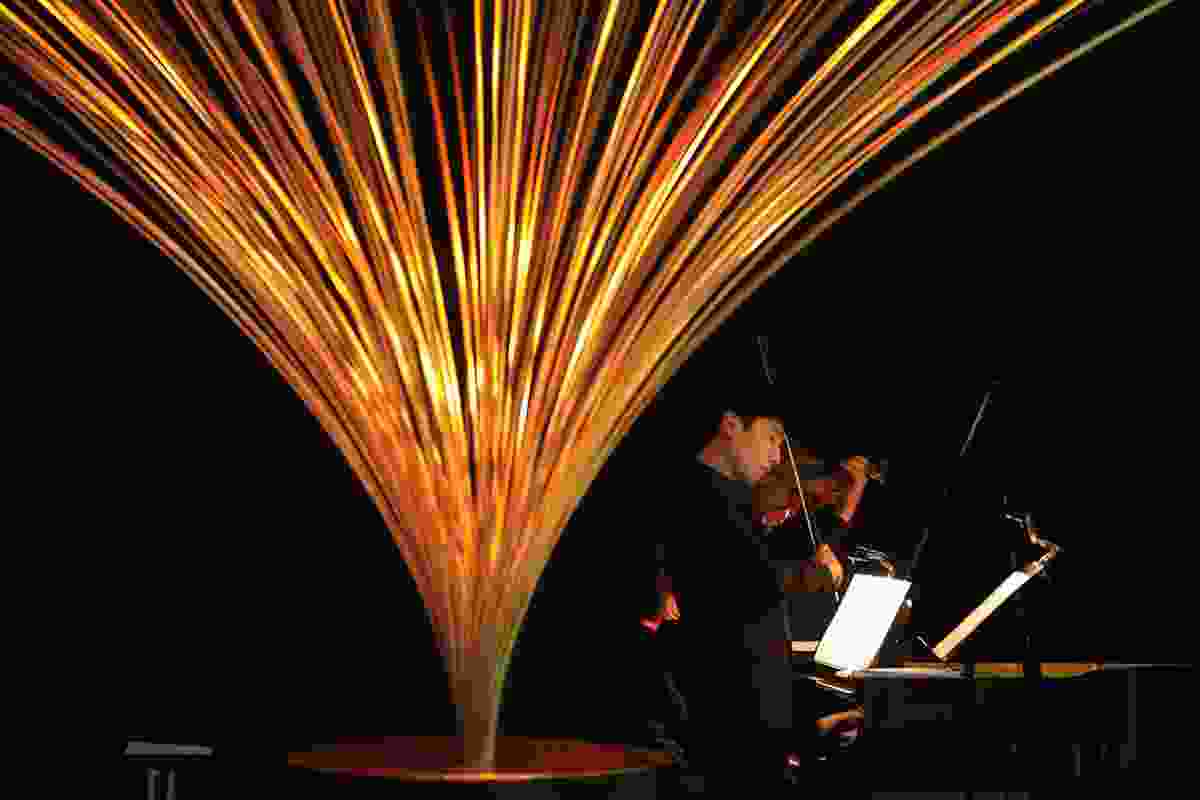 The Auckland Philharmonia Orchestra’s violinist James Jin pleases the crowd at the opening. 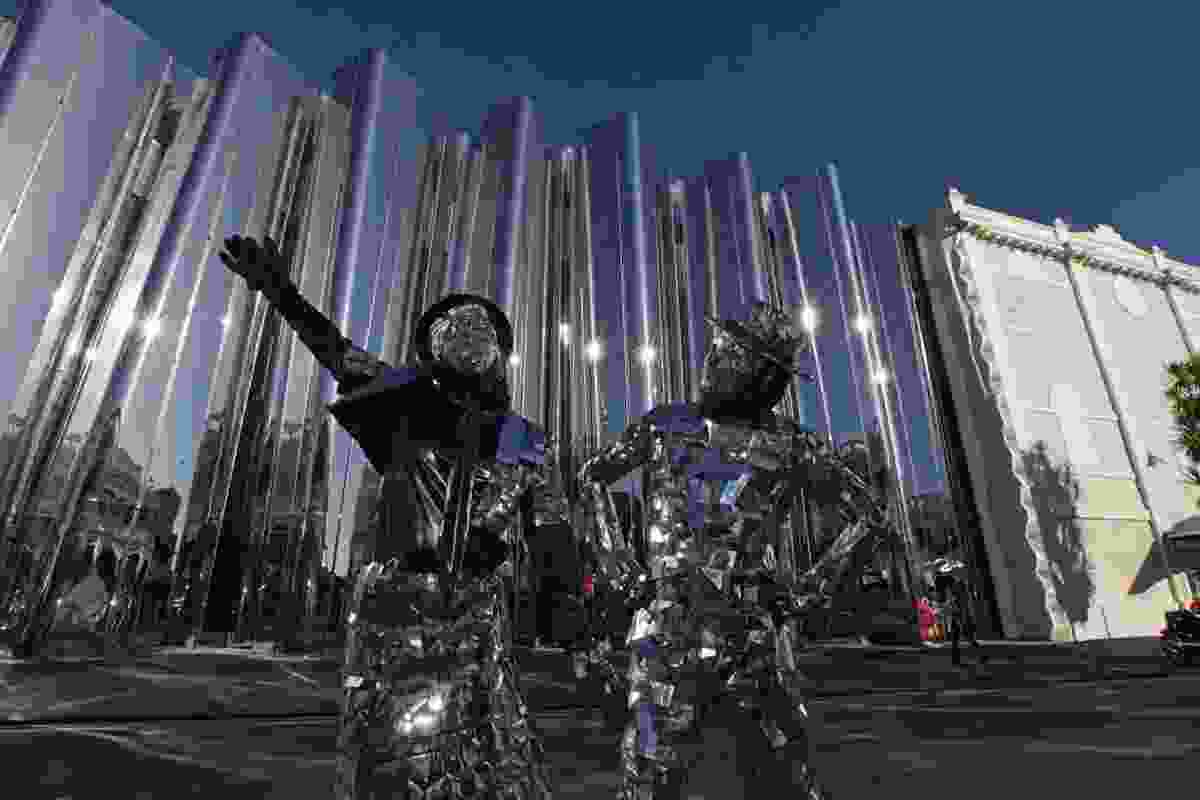 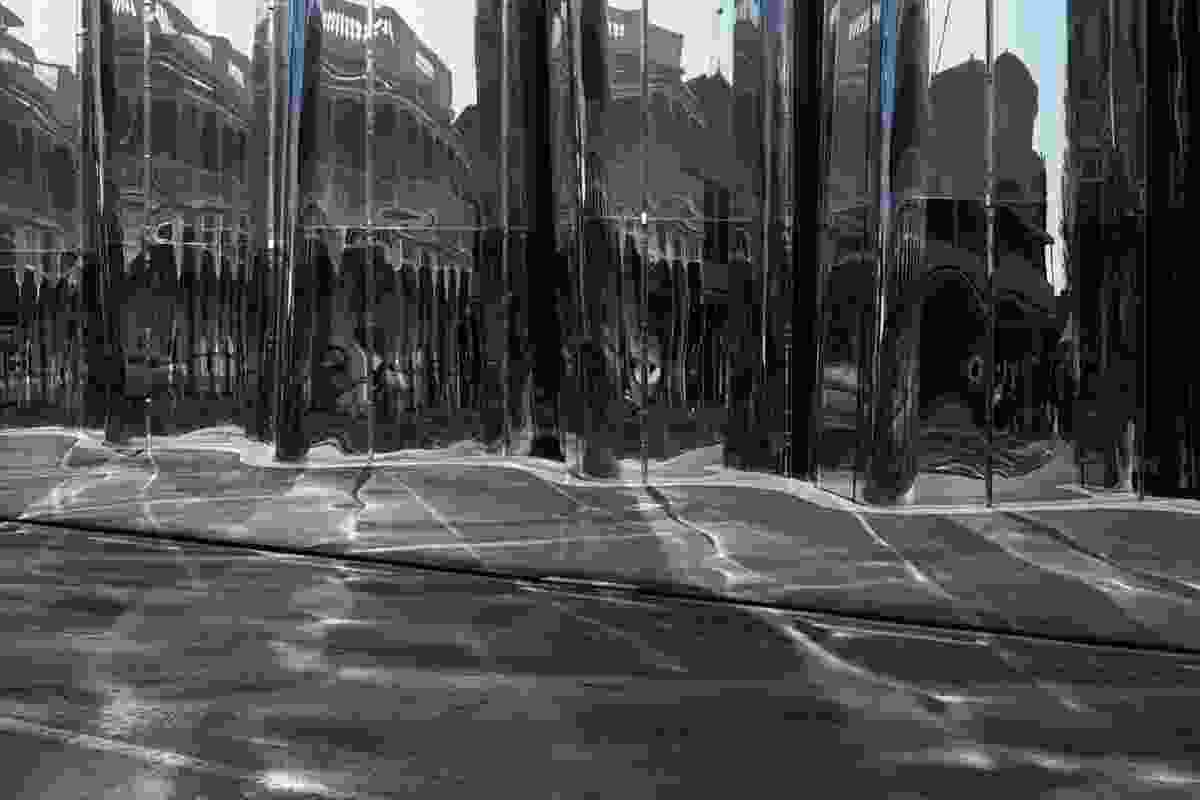 The White Hart Hotel (1886), sited opposite the Len Lye Centre, becomes a distorted reflection on the stainless steel surface. 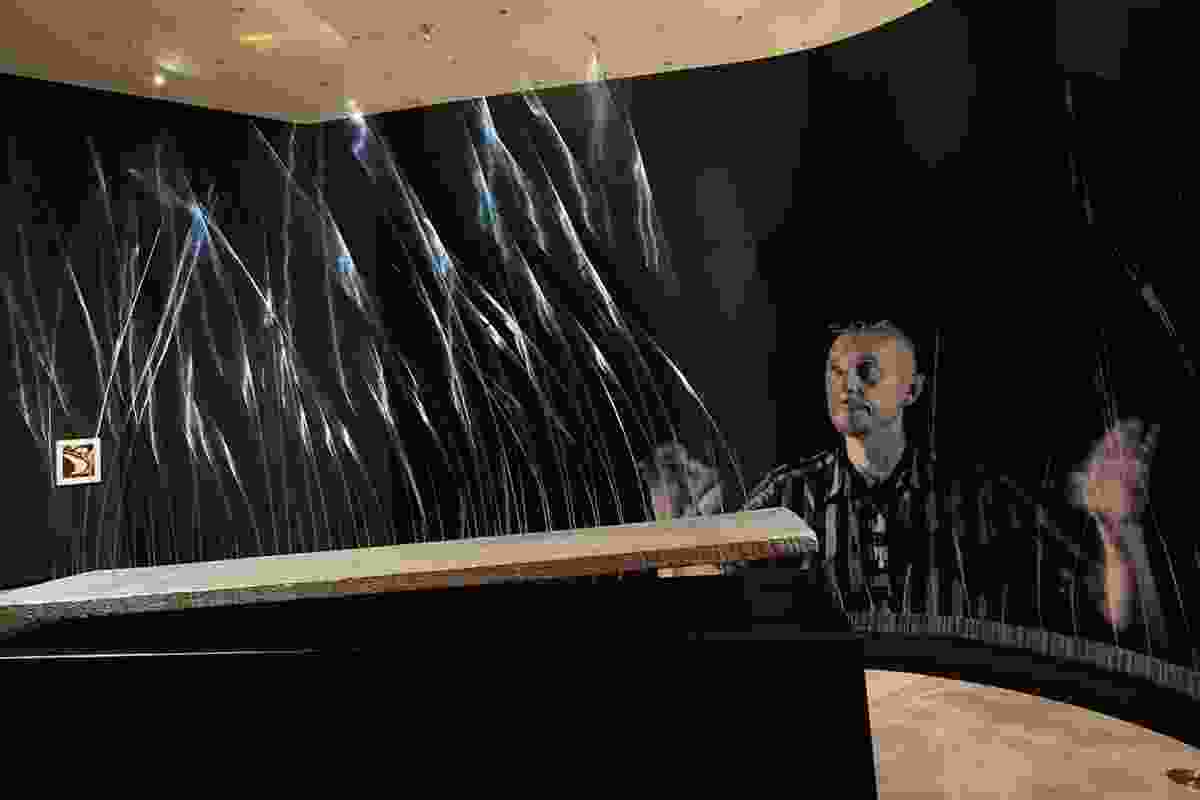 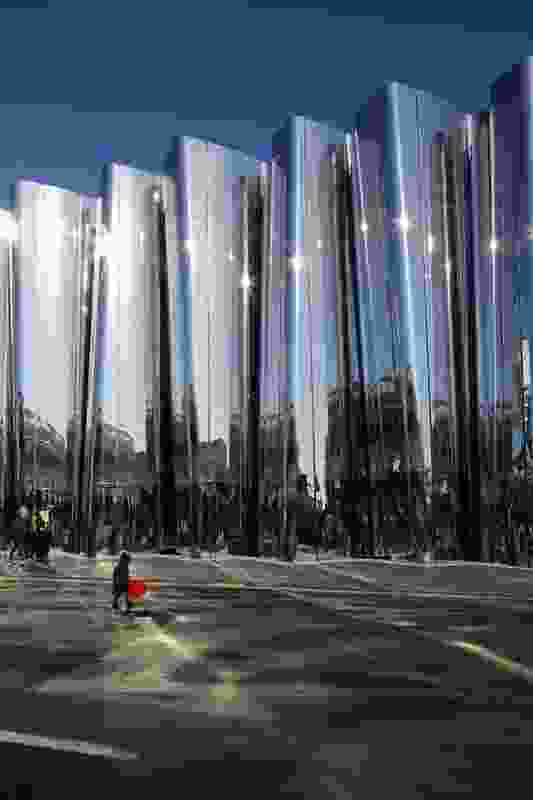 “A repetitive koru design is sinuously carved in concrete and explodes upwards towards the sky,” creating a “draped curtain of architecture, people and sky in constant motion”. 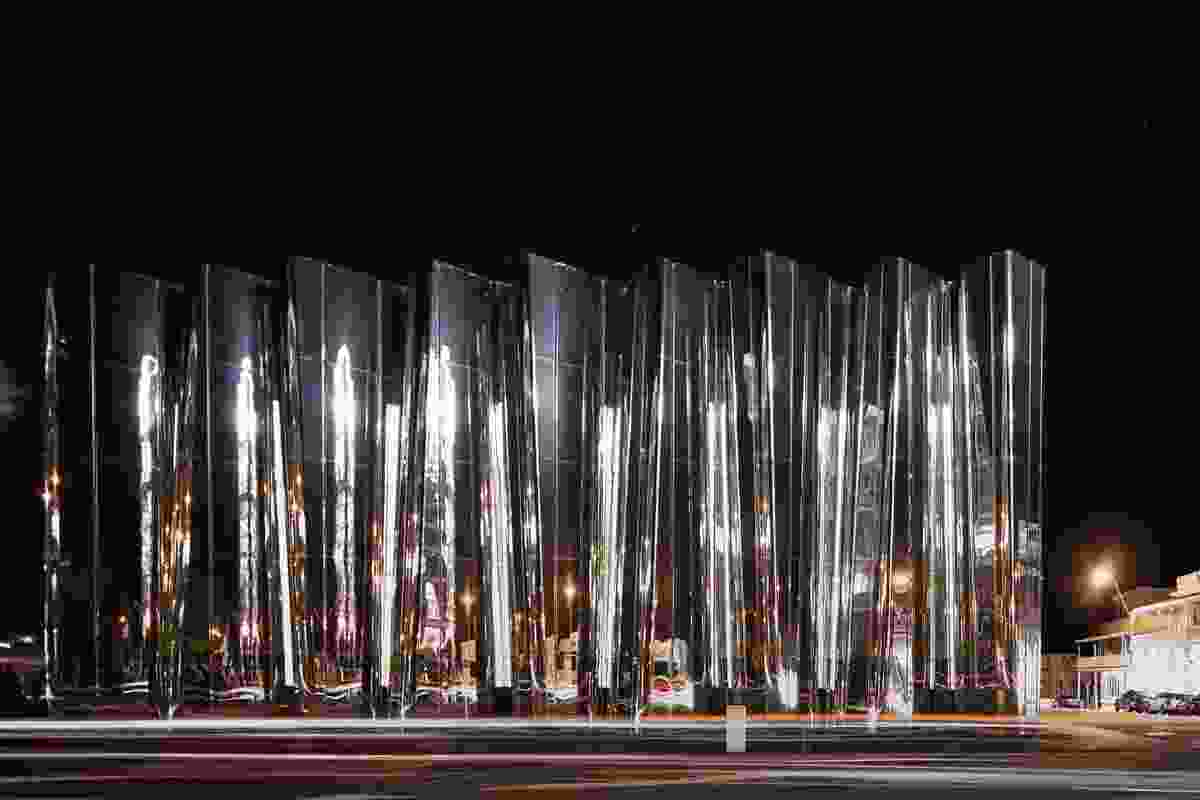