The value of agency

Anna Tweeddale asks ‘can experimentation be given a higher value in the lexicon of Australian cities?’

Looking at the language used to describe the economy during recent years, you’d be excused for confusing it with the unpredictable forces of nature, or the indiscriminate actions of a vindictive demigod best kept appeased. News headlines such as “China sacrifices growth to tame inflation,” “The Euro: Gathering clouds,” or “The economy: storm clouds ahead” reinforce our passive acceptance of the abstract concept of “economic growth,” which is now given the reverence that used to be attributed to natural weather patterns or supernatural forces that provided prosperity or brought famine, created sustenance or imposed suffering: this is the economic paradigm.

Like weather patterns, economic changes are observed and broadcast as a meta-condition to our lives, so too this paradigm leads to constant monitoring and modelling of the city and its contribution to economic growth. In highly urbanized and developed Australia the major cities are estimated to have contributed approximately 60% of national growth in GDP over the past twenty years: Sydney (19.9%), Melbourne (17.5%), Brisbane (10.2%), Perth (8.9%) and Adelaide (3.8%).1 Urban development itself has long been understood as a powerful driver of this wealth creation, as the rule-of-thumb “cranes on the horizon” index of economic activity attests. In no other field or set of circumstances (apart from perhaps mining) is so much money made from a piece of land in such a short time as through the pivotal transformation from non-urban to urban. This is seen in the manufacture of urban land from Greenfield sites, or in the shift from low to high occupancy as is the case in much urban renewal. In Australia the economic activity of this construction, one of the biggest market sectors in the economy that employs around 10% of the workforce,2 is used as a key litmus test of the nation’s broader economic health. This is particularly apparent in formal macro-economic indices3 such as building approvals and starts, housing and materials pricing and secured housing finance commitments to individuals, as well as the informal indices of auction clearance rates4 and rental vacancy rates that are prevalent in everyday urban Australian experience.

Knowledge about such urban processes, and how to capture or influence them, is obviously incredibly valuable. Corporate research institutes such as McKinsey Global Institute, the Economist Intelligence Unit, Anholt-GfK Roper and Monocle (as well as individuals such as Richard Florida and Charles Landry) cash in on this by mining cities globally for data, ideas and knowledge about urban processes that can be packaged into reports to be sold to other cities and their clients. The Economist Intelligence Unit (EIU), for instance, sells a plethora of reports and indexes covering analyses of cities and countries, as well as industry data (sample prices include monthly cost data for a city for $995, a year’s access to data for a country for $2,240, or a full livability report for a city for $5,250), the rankings of livable, smart, innovative or cool cities being the most commonly known. New proprietary tools for analysing and comparing cities globally are constantly in production, and with them new metrics. Parameters range from the existence of chain stores (Monocle asks, Is there a Zara?) to infrastructural efficiency (Can the congestion of New York or London compete with a clockwork Zurich on the EIU list?). These quantitative forms value empirical evidence, economic growth and efficiency before all else.

Yet the economic paradigm has not only created this market for information: it has also allowed consultants to trade on a fear of exposure to risk. The strategic consultant arms of these corporations sell the appearance of certainty, as proven models and proprietary solutions, to those cities and governments wary of operating alone within the complexity and unpredictability of the economic paradigm. McKinsey markets its CCI (current country intelligence), for instance, with the words “Managing Uncertainty.”5 Generic goals, briefs and standardized delivery structures that favour large corporate interests are the outcome of this approach when applied to city-making.

Cities that capture our collective imaginations as urban innovators exhibit an entirely different approach to city-making, identifying and seizing the inherent potency of experimentation and agency.

In their book Spatial Agency: Other Ways of Doing Architecture, Nishat Awan, Tatjana Schneider and Jeremy Till propose a useful definition of agency as enacting changes in the world through empowering others. “Empowerment here stands for allowing others to ‘take control’ over their environment, for something that is participative without being opportunistic, for something that is pro-active instead of re-active.”6 Whether in established cities such as Barcelona, Berlin and Copenhagen, or developing cities such as Sao Paulo, Medellín and Curitiba, the value of experimentation is evidenced in the fact that often the most fascinating parts of cities resulted from relatively organic growth during population and investment booms, and through visionary infrastructural gestures. Embracing new forms of risk can also prompt surprising responses in existing cities as seen in the success of London’s congestion tax, or the remarkable progress of Växjö, a city in Sweden that set a goal with its citizenry and businesses to become a zero-carbon city. In most urban cases some form of structure, either top-down planned (such as a gridded street network or policy conditions) or incidental (such as a geographical feature) has provided both accessible parameters and clear constraints to organize otherwise unregulated organic processes of urban growth.

What is evident in city laboratories is the alluring back-and-forth play between this agency and structure. Medellín, Colombia’s second-largest city, has garnered recent attention for seeding of new structure as a means to retrospectively provide structures and improve access to opportunity. Top-down investment in the form of pedestrian paths and bikeways, as well as an extensive metro network (completed 1996), cable-car metro lines that connect hilltop slums to the city (2008 and 2009), and most recently, a long outdoor escalator built into a steep hillside neighbourhood (completed December 2011) — most unlikely to stack up in a traditional cost-benefit analysis — have physically connected the otherwise marginalized energy and human potential of unregulated informal areas into the mainstream economy and life of the city. In a strategy that former mayor Sergio Fajardo describes as providing “the most beautiful for the most humble,” social infrastructure in the form of libraries, modernized schools, civic buildings and art spaces has then been inserted within this network, creating a locus for both transformative opportunities and civic pride. The Biblioteca España (Spain Library) is exemplary. Sited to be a visible landmark in the city, it provides a combination of access to knowledge and learning with public space in a part of the city where before there were only small lanes, and an urban balcony from which the city can be seen and see itself. Many of these ambitious designs were procured through open competitions and designed by young local architects, whose growing engagement in city-making adds to the latent agency of the city.

When the qualitative lessons learned from a city laboratory are adequately simplified, packaged and articulated, they too can become a consultant commodity sold as certainty to other cities or localities. As a young architect, Jan Gehl began to study the living laboratory of Copenhagen, where he was living and working. In a process similar to that which occurred in Medellín, a series of small-scale innovative seed projects and direct investment in the public realm had begun to be rolled out in the city. After forty-odd years of studying the impacts on urban culture of this experimentation and applying his approach to numerous other cities, Gehl has built an international consulting firm of “urban quality consultants,” and has created a proprietary system that measures city transformations on qualitative criteria benchmarked against Copenhagen as ideal, while others may measure cities on quantitative criteria. Yet while Copenhagen’s complexity is reduced to a simplified formula for walkable or “cyclable” cities for export to other places, including Melbourne (1994, 2004), Perth (1995, 2009), Adelaide (2002), Sydney (2007) and Hobart (2010), the city itself continues to move forward as a self-consciously experimental urban laboratory.7

It is well documented that embracing such risk is necessary for innovation. According to McKinsey’s recently developed Urban Performance Index (assessing economic performance, social conditions, sustainable resource use and sound urban governance),8 Medellín and Curitiba now sit among a selection of “high-growth middleweight cities” poised to play an important role in the future economic growth of the region.9 However, this index compares the performance of these dynamic and rapidly changing Latin American cities against the conservative benchmark of the average score of Helsinki, New York, Singapore and Toronto.10 McKinsey argues for distributed innovation or “networks of creation” as the key to innovation in business and technology,11 and city laboratories are arguably the original models for these networks. That the future potential of dynamic, risk-taking cities consistently rates lower than, and are benchmarked against, the current performance of significantly more conservative cities reaping the benefits of past experimentation shows the inconsistencies in this thinking. Should not cities be marked down against the risk of not taking a risk?

The latent fear of upsetting intangible economic forces results in a sort of urban paralysis in many established cities. Yet it is in the fraught territory of implementing urban change — where the risk, controversy, liability and ultimately responsibility is maximized — that the potential gains from cultivating experimentation and agency are most obtainable. Aside from the obvious benefit to citizens and economic growth from new infrastructure, the sheer vision and momentum for transformation has become Medellín’s new identity, one that is more convincing than marketing images and more durable than a shifting index ranking. Former mayor Fajardo says, “Our trademark is the transformation of the conditions we had and showing that you can take a chance, that we’re capable of doing it, building it, and turning it over, and reaching out to an entire society to build hope.”

The lesson from the city as laboratory is that in order to reap the innovative benefits of risk-taking, the city and government need to be directly engaged with, or even own, the risk. A crucial opportunity is being missed in Australian cities by holding development (like Melbourne’s Docklands and Sydney’s Barangaroo) at arm’s length and siphoning off risk to private concerns. Ultimately, spending energy and resources on seeding structures and actively engaging the dispersed latent agency of the city and citizenry, rather than focusing on measuring and controlling risk, would encourage a uniquely local urbanism of agency to emerge. Isn’t this a risk worth taking?

The value of agency 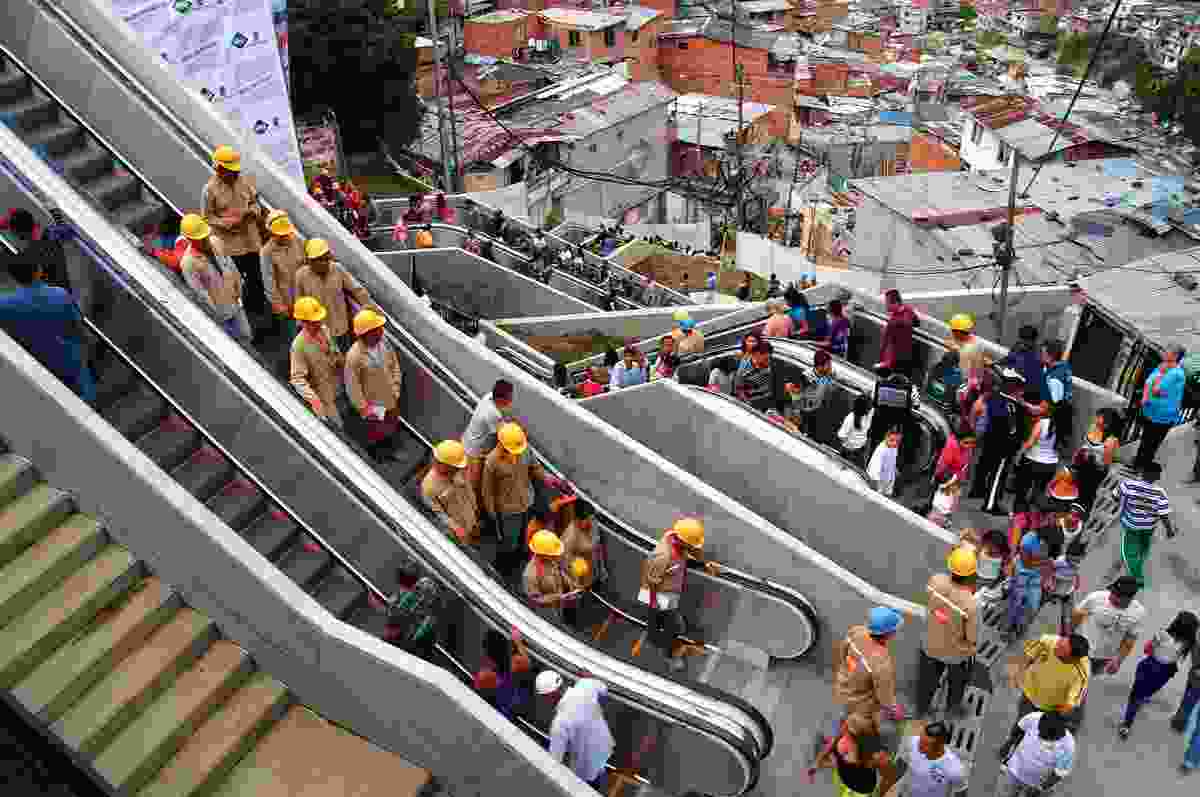 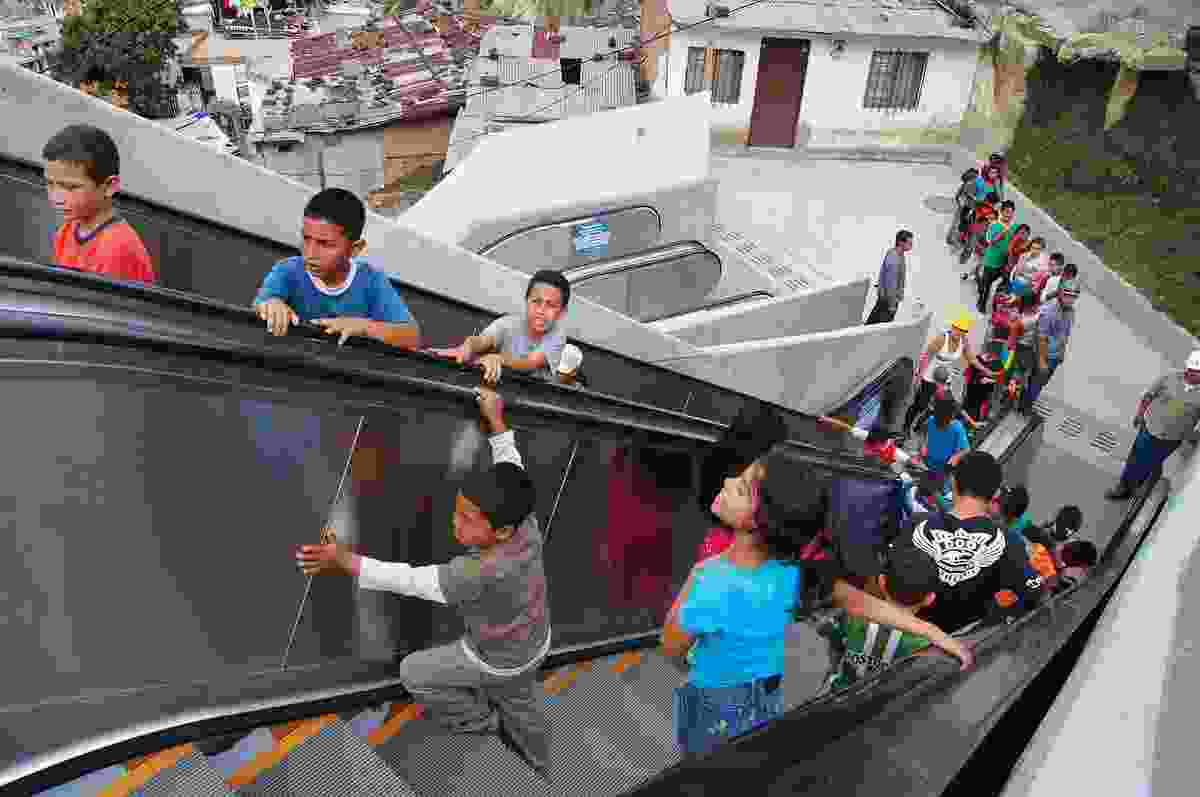