Tim Ross in his own home.

Comedian and radio and television host Tim Ross will deliver the 2018 Griffin Lecture in Canberra, with an address that asks why Australia is “hellbent” on erasing its built heritage.

“Why as a nation are we hellbent on erasing the past?” asks Ross, who has emerged as one of the most visible public advocates for the preservation of modernist Australian heritage. “What is it in our national character that makes us think that it’s okay to do so?”

The Griffin Lecture, named in honour of Marion Mahony Griffin and Walter Burley Griffin, will be delivered at the National Press Club on 7 November. Presented by the Australian Institute of Architects since 1961, the address has previously been given by a mixture of architects and non-architects on how architecture shapes Australian life. Previous speakers have included prime ministers John Gorton and Gough Whitlam and architects Romaldo Guirgola and Roy Grounds.

“Our cities and suburbs should be like our record collections with the best of the new stuff, the best of the old stuff and some rubbish to remind us where we’ve come from,” said Ross.

“The way we are approaching things today we are embracing the worst of the new stuff and heading down the path to a bogan version of Blade Runner.”

Ross has a long-standing association with modernist architecture, particularly through his one-man show Man About the House, which he has performed in modernist buildings across Australia and further afield.

In 2016 Ross presented Streets of Your Town on ABC television – a two-part series which tracked the evolution of Australian suburbs from the post-war period to today and unpacks how and why Australians abandoned modernism and embraced “McMansionism.”

He has also has been part of various efforts to preserve threatened modernist buildings around Australia, and has been a vocal supporter of Save Our Sirius – an action group dedicated to protecting the Sirius building in Sydney.

In 2018 Ross received the Advocacy Award at the National Trust NSW’s 2018 Heritage Awards.

Catherine Townsend, chair of the Institute’s Griffin Committee, said, “Our aim is to address the “big issues” of architecture and design, to make better and more liveable cities and overcome the problems endemic in our cities.’ 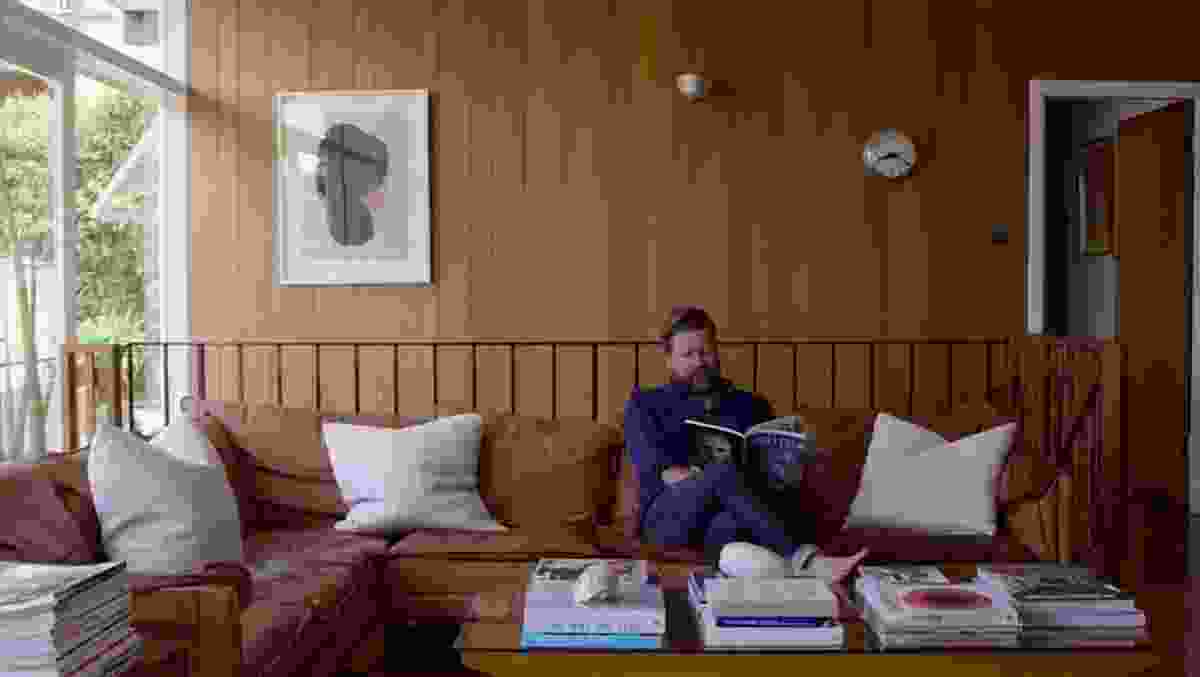 Tim Ross in his own home.