The open-plan living area of the Sydney, Australia, apartment.

Consisting of just eleven streets, Sydney’s eastern suburb of Point Piper is known for being both exclusive and expensive. In fact, Wolseley Road, the street on which this two-bedroomed apartment resides, is ranked the ninth-most-costly street per square metre in the world.

The real attraction for the owners of this dwelling wasn’t the address but the fabulous harbour views out to the east, west and north of the city. Merilyn Oakes and her husband, Graham Oakes, discovered the waterfront property almost eight years ago. Their three children had left home long before and they were selling their family home in nearby Darling Point and looking to downsize.

“I wasn’t looking for an apartment at all; I was looking for a cottage,” says Merilyn Oakes. “But the real estate agent said, ‘look, I’ve got the perfect place for you to move to; as soon as you walk in, you’ll think you’re on a boat’. And sure enough, when we stepped into the apartment, we fell for it. We loved the feeling of being almost completely surrounded by water.”

The couple acquired the apartment in 2005 and, soon after, enlisted Sydney-based architect Will Fung of CO-AP to reconfigure the rabbit warren of rooms into a studio-style space with one large master bedroom and a smaller room for visiting grandchildren and guests. The apartment is set in a block of eight on an elevated site on the waters’ edge; the low-bearing brick building, originally built in the 1940s, was in need of some structural work, despite a few modifications and modernisations over the years. Inside the apartment, it was a similar story. The spatial arrangement felt restrictive and certain parts of the house, namely the bathroom, retained dated vestiges of its former glory.

Fung’s plan for the redesign – which was shortlisted in the 2013 Australian Houses Awards – involved stripping out most of the existing interior walls, leaving little more than the wall connecting the original fireplaces, and introducing a clean, crisp aesthetic to enable the relaxed seaside lifestyle the owners desired. Just as plans began to progress, however, they were forced to put them on hold for two years as major works to the building complex began. Finally in 2010, the architectural edits to the 170m² apartment, tweaked to accommodate the new building changes, commenced and, as the walls came out, new sight lines emerged throughout the space.

The master bedroom was set at the front of the house (interestingly, adjacent to the dining room) on the harbour side, to allow the magnificent views and light to shift to the fore.

“It was really about opening up the apartment from the deepest part so they could get a sense of the harbour. They loved the light and the aspect; it’s one of those properties that is in a dream location and they really wanted to optimise that,” says Will Fung.

Fung introduced a warm palette of natural materials – European oak and pale-blonde ash timbers – and muted hues. Moments of gentle curvature, including a bull-nosed end on the limestone core wall, were installed. Lots of new, large windows removed any harshness and added to the retreat-like feel of the home. Extensive storage was fitted to ensure clutter could be hidden away.

“We wanted the whole house to feel light, crisp and soft at the end of the day,” Fung says.

The furnishings too were new additions, considered for the space. “The place was all about the view, so I just wanted a very simple palette with a little splash of colour here and there. I don’t have any frilly ornaments and photos and things like that out,” says Oakes. Colour made its way in but only in restrained pops: butter-yellow dining chairs; Julianne Lord artworks in the living spaces; and black Ligne Roset Bloom pendants hanging above the dining table. A grey glass installation, Oakes’ favourite thing in the house, was set on the dining-room wall to reflect the view of the water back into the space.

“Now we can literally see the water from every room in the house – even the bathroom,” she says. 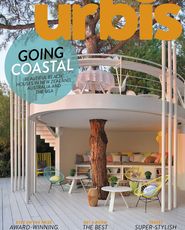 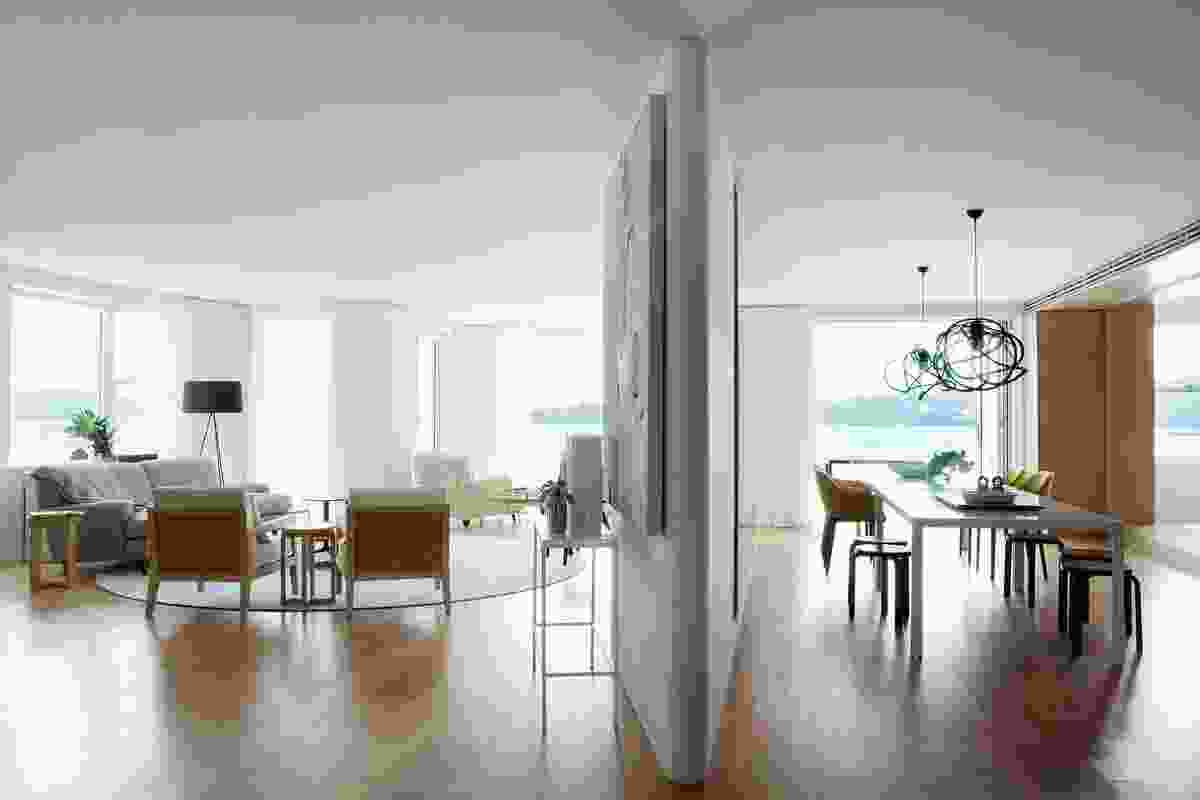 The open-plan living area of the Sydney, Australia, apartment. 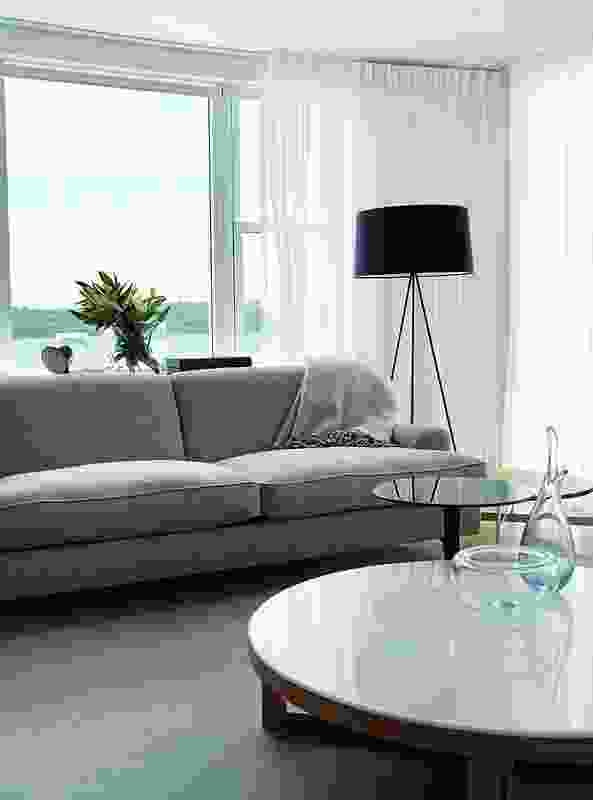 The furniture was kept neutral so as not to take away from the views. 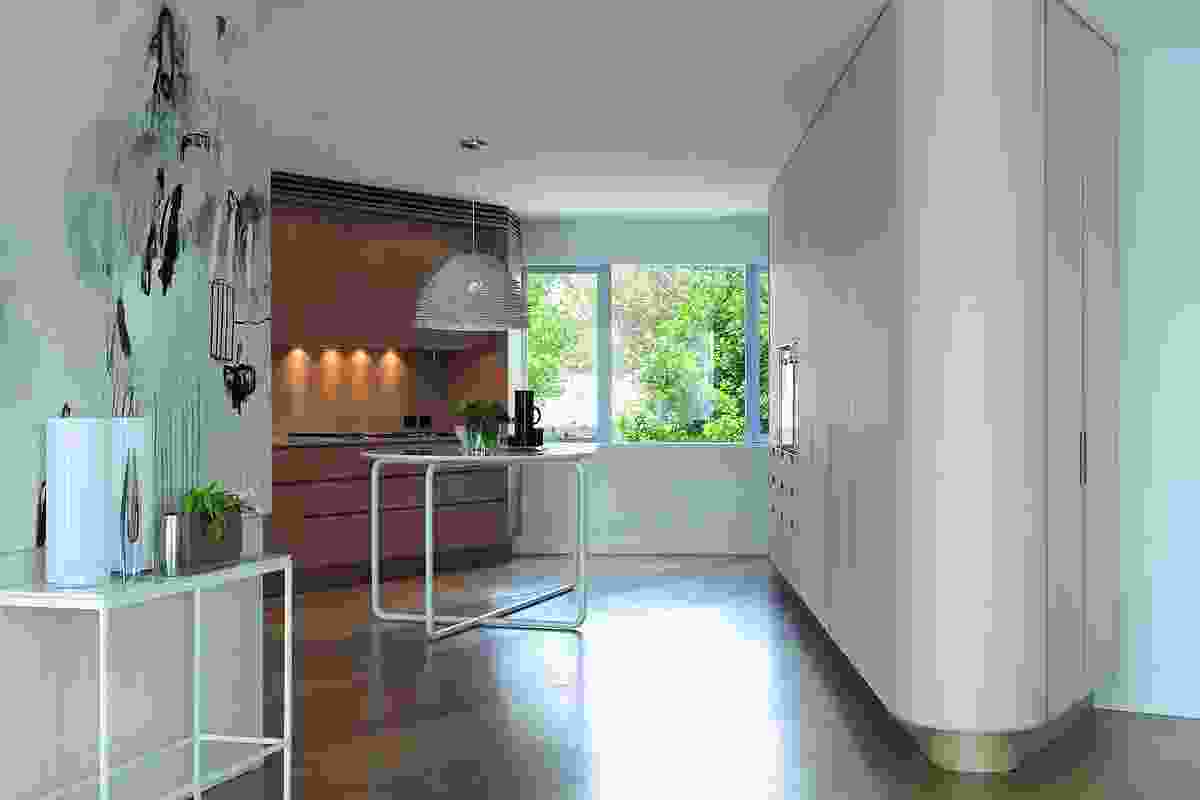 The renovated kitchen opens to the rest of the living spaces. 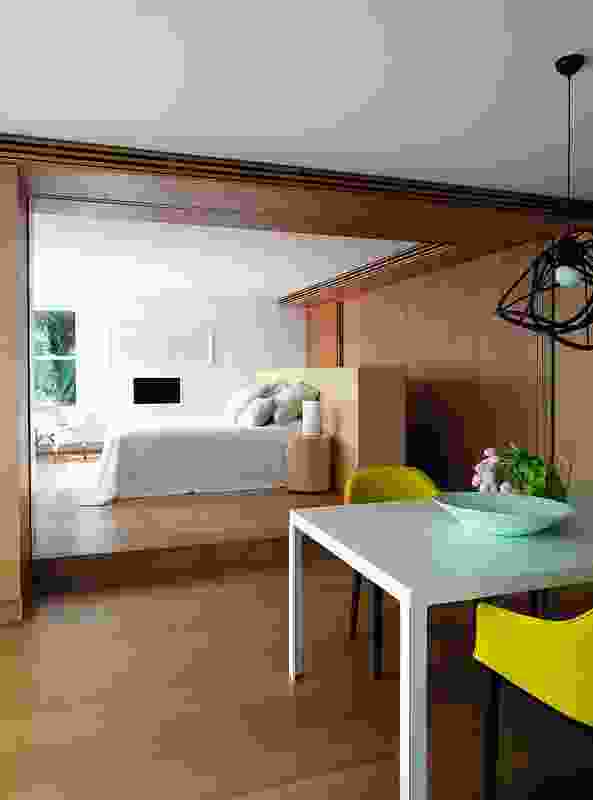 The master bedroom was relocated next to the dining room so it has the same fantastic harbour views. 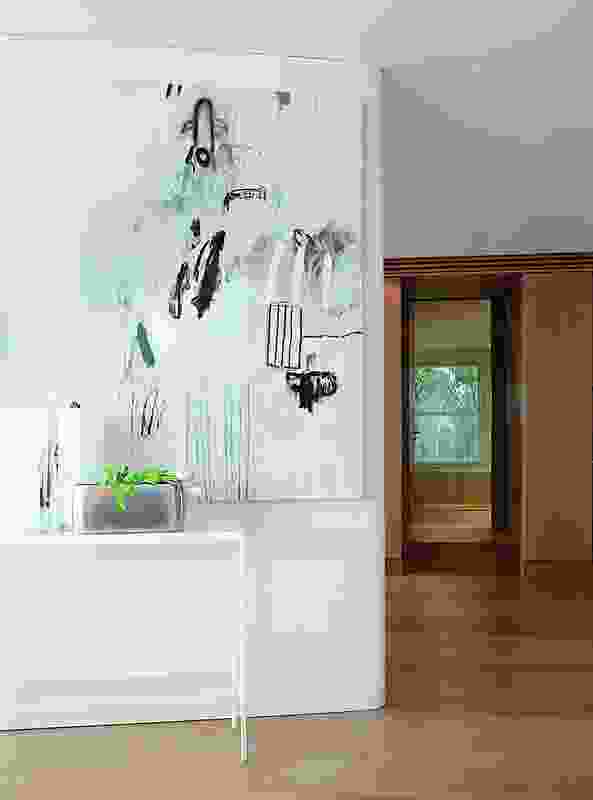 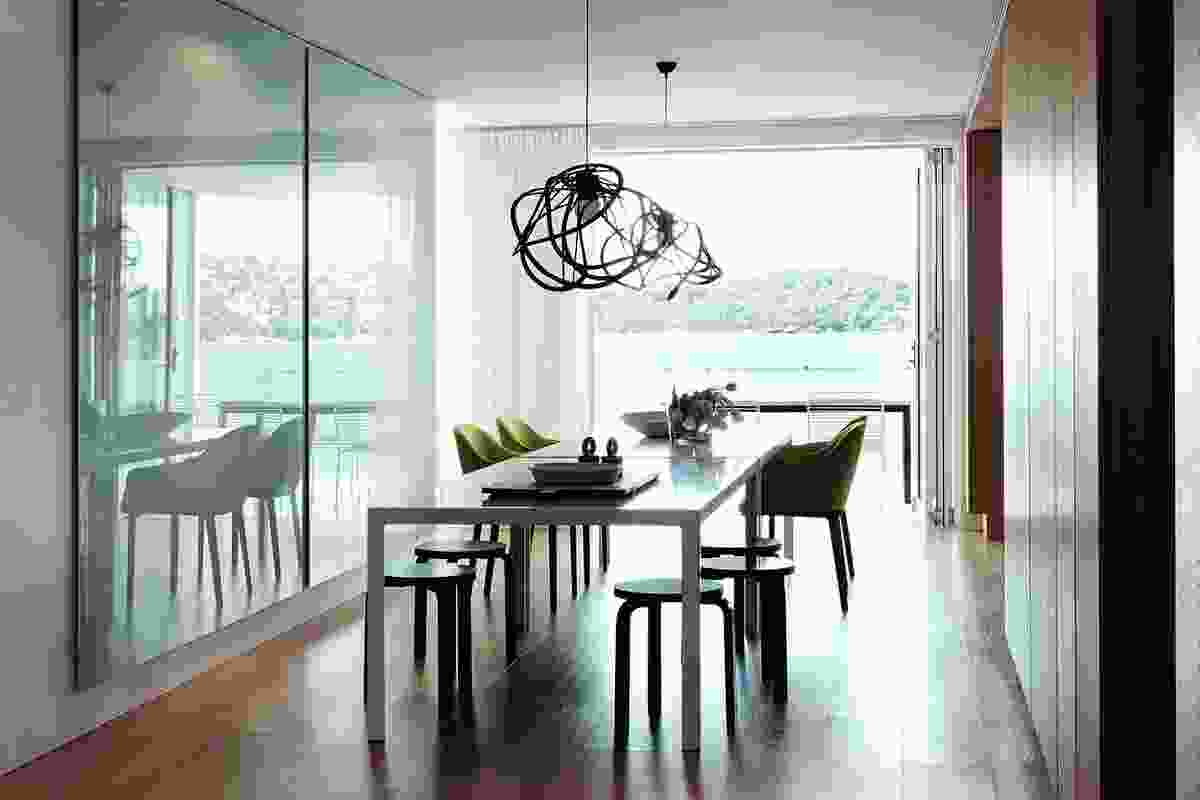 The dining room opens onto a waterside deck.