The City of Sydney’s planning committee has voted to advance a proposal to redevelop a former bar, cinema and nightclub on Sydney’s Oxford Street as a multipurpose building containing both entertainment venues and a purpose-built medical facility.

The site on Oxford Street is currently occupied by a Federation Free-style theatre building originally built in 1911. The building has been altered in the decades since, with a major addition made in the 1960s. It operated as the Academy Twin Cinema from 1973 to 2010.

Tonkin Zulaikha Greer has designed the proposed adaptation, which would retain some of the façade on Oxford and South Downling streets. Most of the interior would be demolished and replaced with 102 medical hotel rooms over four levels, with a rooftop bar and restaurant on the fifth floor.

Healthcare provider St Vincent’s is committed to an “ongoing discussion” about establishing a “medical hotel” within the new building, which would comprise purpose-built accommodation for patients and their families, an integrated medical facility and function rooms.

A planning report by City of Sydney planning officers said, “The proposal’s medical hotel focus, with rooms having basic medical facilities, in proximity to St Vincent’s Hospital will provide access to suitable and convenient accommodation for patients prior to treatment and during the latter part of their convalescence.”

The proposal considered by council is an amended version of an initial design, which called for a taller building envelope.

A planning proposal for the project was considered at the Transport, Heritage and Planning Committee meeting on 12 August. The proposal will now go through a public exhibition and consultation process. 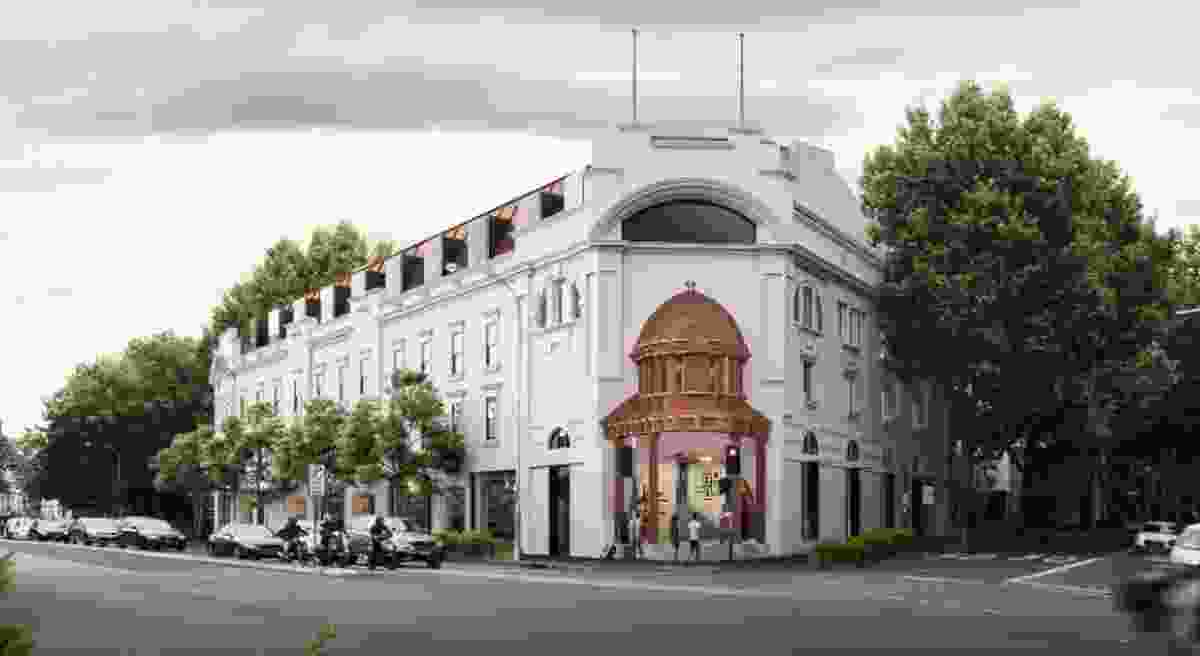