Conrad Gargett has been commissioned to design and masterplan a major placemaking project in central Townsville.

Dubbed The Hive, the project will include a masterplanned mixed-use development fronting The Strand. A statement from the City of Townsville said that the precinct “could include a high-end hotel, 1,000-seat concert hall, tertiary education centre, tropical science research facilities, residential apartments, commercial areas, arts and cultural spaces and a café and dining precinct.”

The council describes the project as being worth $450 million.

The practice, which established its Townsville studio in 2007, will also be responsible for the design of a four-storey commercial building at the corner of Flinders Street and The Strand as part of the project.

Flynn said, “Masterplanning principles have been integral to the intricate design of this building.

“Panoramic views are maximized, pedestrian-friendly spaces throughout the activity zones have been encouraged extending the pedestrian network and creating linkages in multiple locations, and indoor-outdoor public spaces cut through the site which open up to a plaza promoting public gathering and shared use.

“The building’s floor-plate dimensions, shape and orientation have been conceived to best achieve the ambitions for a highly productive workplace, focused on safety, productivity and collaboration. The colour palette mimics the coral sea colours of the Great Barrier Reef.”

Les Walker, acting mayor of Townsville, said, “It’s exciting to see this major project is progressing further with the help of an architecture firm with a well-established local presence.”

The overall project is being managed by property development consultants DMA Partners.

The scope and character of The Hive project has shifted over a number of years. The City of Townsville issued approvals for parts of the development in December 2018, after negotiations between the proponents and council. 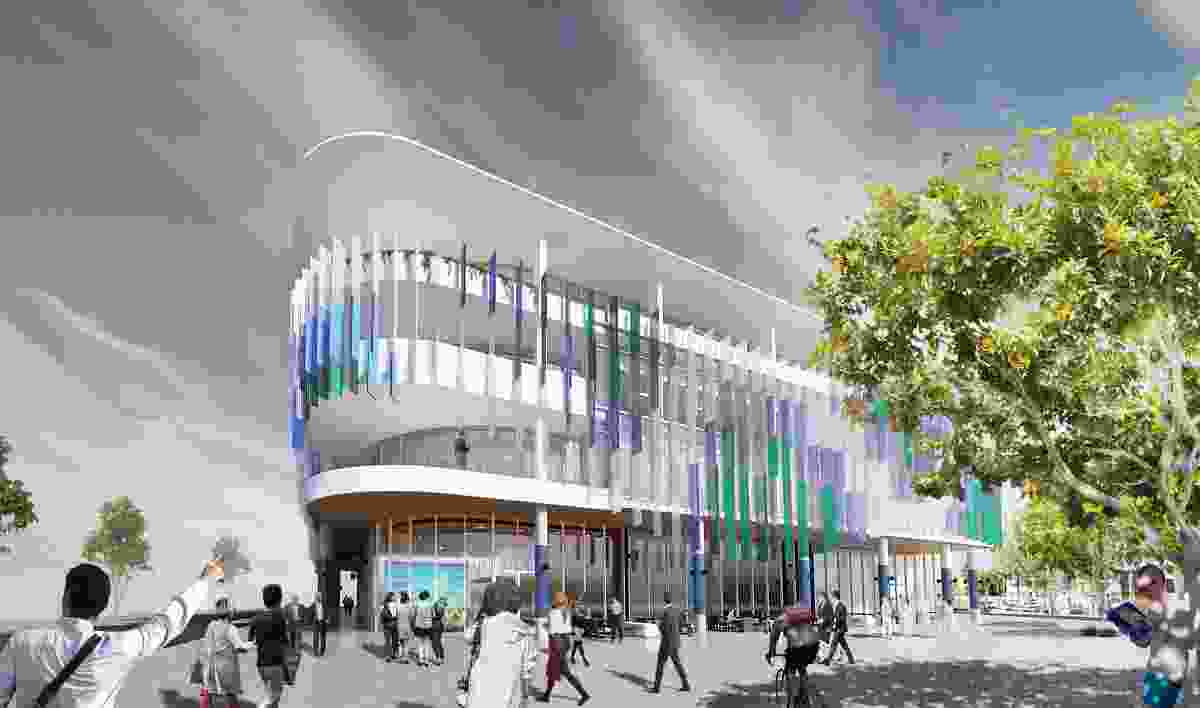