A proposed public pavilion for the Pentridge Prison redevleopment precinct by Ola Studio.

A transparent light-steel structure will form the heart of the revitalized Pentridge Prison complex in Melbourne’s north, with Ola Studio winning a design competition for the project.

Juxtaposed against the bluestone of the 1850s heritage former prison, Ola Studio’s design will create a series of light-dappled spaces serving a number of purposes.

The design for the structure, refered to as Building 18, is centred around a dramatic vaulted corridor that would serve as a central hall or multi-purpose gallery adjacent to which are a number of large spaces for areas such as a proposed library and multimedia screening room. The building will span 350 square metres and will be located near the former prison’s B Division.

It will act as a recognizable landmark and the centrepiece of a public piazza, designed by Aspect Studios, at the 6.7-hectare site. The redevelopment project will include the construction of 1,200 apartments. The piazza precinct will also include a number of shopping and dining venues to be housed in the existing bluestone buildings on the site. In 2016, Cox Architecture released designs for a proposed hotel in the precinct.

While the light, transparent aesthetic of Ola Studio’s design is in marked contrast to the extant prison buildings, it features design elements that reference the sites history.

“The proposed scheme explores the inverse of the site’s existing buildings in terms of materiality and quality of space but simultaneously references the original materials,” a design statement reads.

“…bluestone blocks that are synonymous with Pentridge’s existing facades are reused, and sawn to provide a refined finish, to become a feature in the new internal barrel vaulted central hall.

“The hall ghosts the footprint of the site’s historical buildings, evoking the memory of the existing arched corridors that once serviced places of isolation for individuals locked in prison blocks.”

Developer Shayher Group’s spokesperson Anthony Goh said the design was chosen from a shortlist of five firms for its sympathetic response, which links the site’s past and future.

“Ola Studios has proposed a design that will become a local architectural landmark. It uses form and materiality as a tribute to old Pentridge while managing to artfully communicate its vibrant future,” he said.

Ola Studio director Phil Snowdon said he was impressed by the developer’s respect for the site’s heritage and the focus on community inclusivity.

“They turned the whole concept of Pentridge on its head by making it a desirable and inviting place for people,” he said. “In turn, all of our architectural concepts and decisions are a play on a common theme of inversion.”

Her Majesty’s Pentridge Prison, often referred to as “Bluestone College” for its distinctive materiality, was established in 1850, with its first prisoners arriving in 1851. Various stages of the prison were built up until the 1950s.

The Heritage Council of Victoria states that the former prison is of “historical, architectural, archaeological, scientific (technological) and aesthetic significance to the state of Victoria.”

“The former HM Prison Pentridge is of aesthetic significance due to its grim and imposing bluestone walls and towers which are important landmark features,” a statement of significance reads.

Among other claims to fame, the prison played host to the last execution to take place in Australia when Ronald Ryan was hanged in 1967 for killing a prison officer in a botched escape attempt. Australia’s war-time prime minister John Curtin was jailed at the prison for opposing conscription for World War I and the prison site held the grave of Ned Kelly up until his remains were returned to his descendants in 2011. The prison officially closed in 1997.

Construction on the pavilion is expected to begin in early 2019 with completion slated for the end of that year.

The proposed 19-storey tower, dubbed Air Apartments, designed by Particular Architects has attracted controversy, with locals protesting that it would overshadow the guards’ watchtower and set a precedent for high developments in central Coburg. The tower was approved by Heritage Victoria in January 2017 and by Victoria’s planning minister in May. 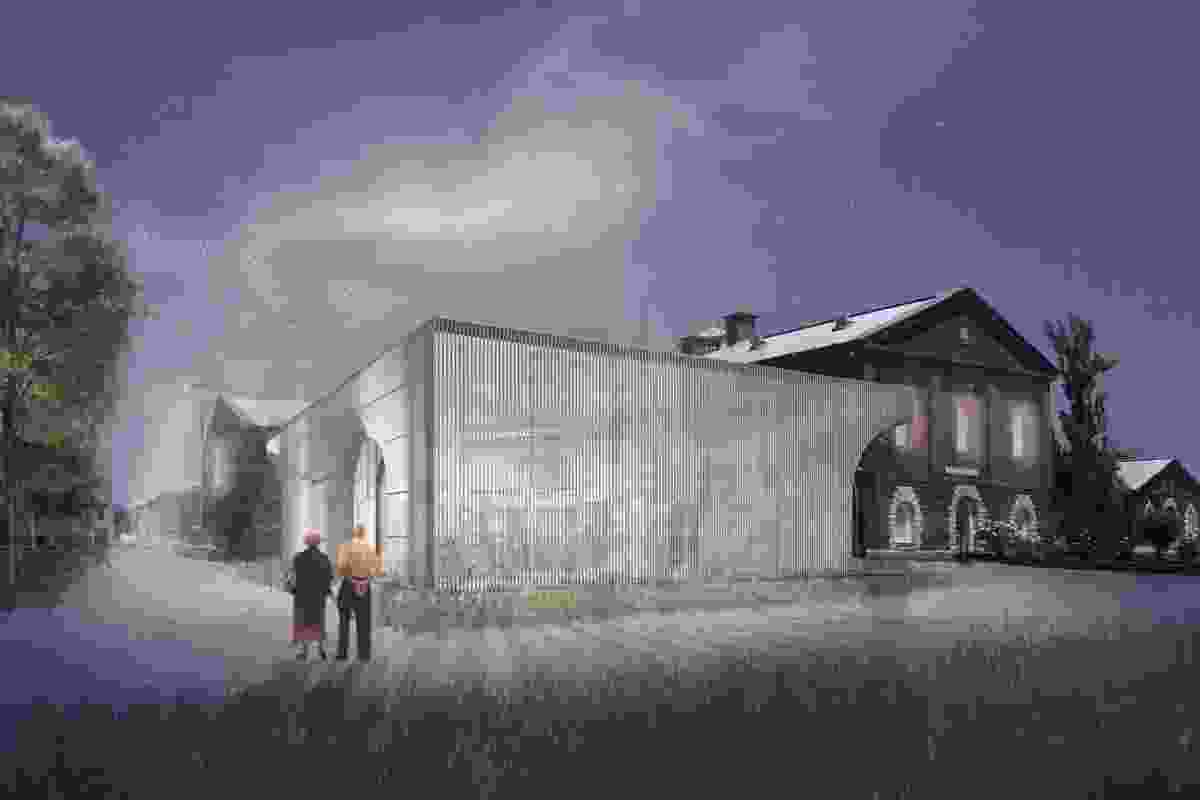 A proposed public pavilion for the Pentridge Prison redevleopment precinct by Ola Studio. 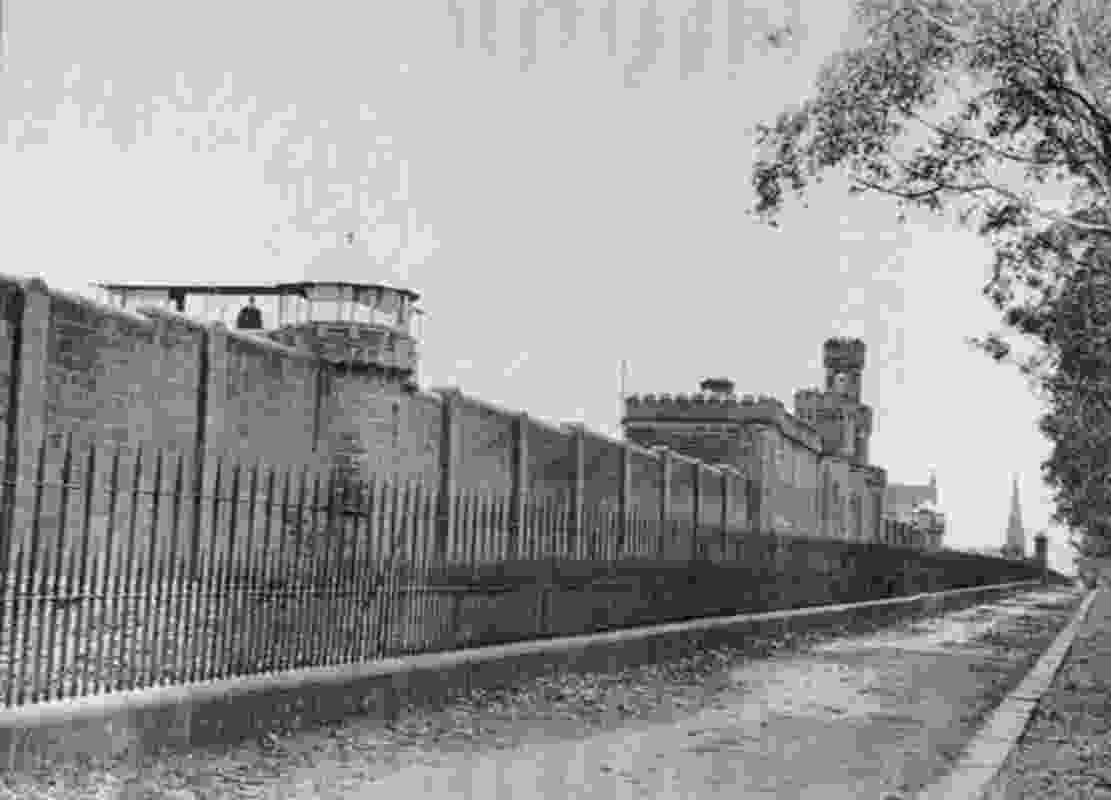 Photograph of the front wall and main gate of Pentridge Prison, 1900. 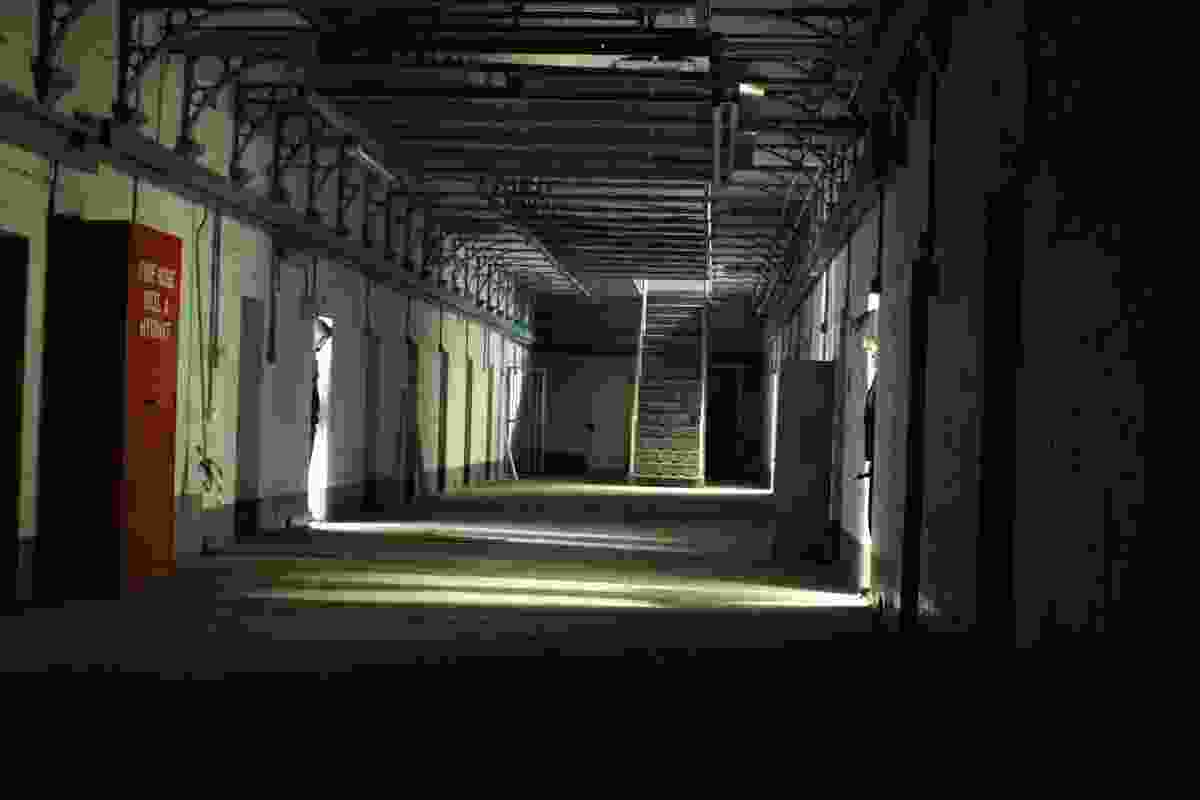 The Cells of the Auburn Reception unit of the former Pentridge Prison. 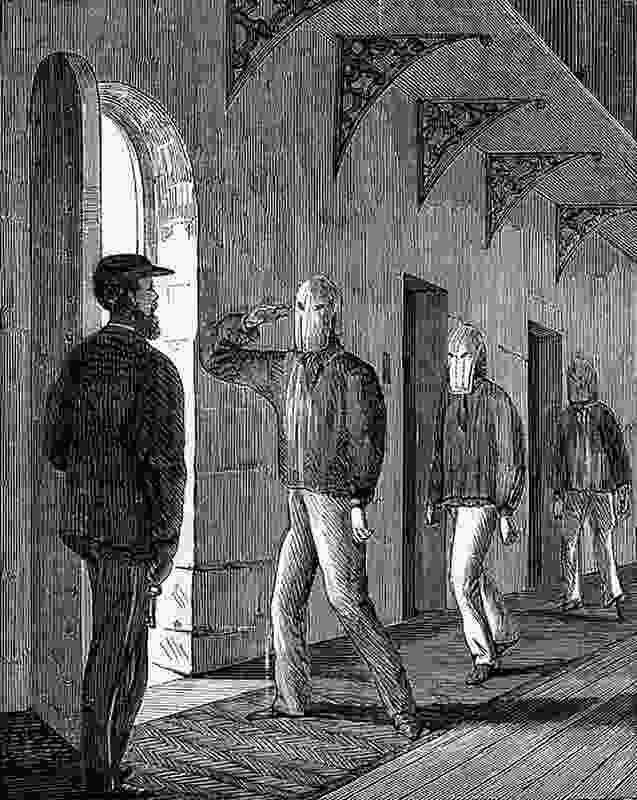 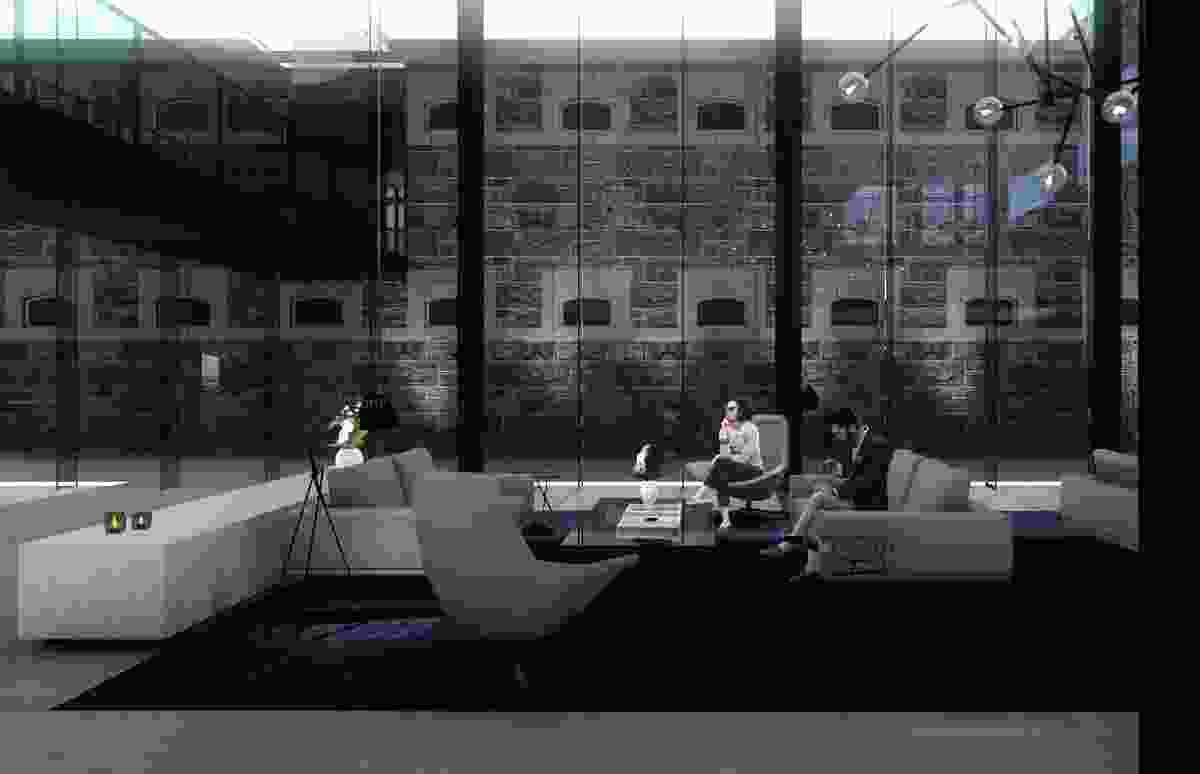 Cox Architecture’s design for a hotel in the B Division of the former prison.