FJMT and Arkhefield have prepared designs for a $2.1 billion office development at the edge of Brisbane’s city grid and the Brisbane river.

Dubbed Waterfront Brisbane, the Dexus development is being sold as a “city shaping” project that will provide exemplary public space, enhance the connection between city and river and help boost the local economy.

The towers will be elevated above the ground plane, with no traditional podium component, in order to unlock the public realm below and provide new connections to the river.

Only the core components such as elevators and fire stairs touch the ground with the remaining portion of the building “floating” on a series of slender columns. A shaded yet transparent lobby and retail volume wrap the eastern base of the buildings “such that the overall composition is one of two towers sitting in plaza.”

Towers will be positioned to harmonize with the existing cluster of towers, with the north tower sitting comfortably with the taller cluster of towers on its side, and the southern tower stepping down, in line with the reducing scale towards Botanic Gardens.

The architecture and public realm are envisioned as “a series of overlapping spaces.”

The Riverwalk widened with, with a river link for cycling and wheelchair access added between Eagle Street and the river along with a series of new plazas.

The primary new public space, Mary Street Plaza, will extend between the heritage-listed Naldham House and the Brisbane River. Acting as an extension of the Mary Street axis, and providing the main new connection between city and water via the Market Steps, the generous space is proposed as a place for public events and markets.

The Creek Street Plaza will also offer a diagonal cut-though from street to water at the northern end of the site, but it will have a tighter feel, more akin to a laneway.

Closer to the river, the Waterfront Terraces will create a “soft, green transition” between the new retail buildings to the base of Waterfront Place and the Riverwalk.

“The terraces blend with the adjacent Market Steps creating a series of shaded, outdoor meeting spaces for both the public and office workers to occupy,” write the architects.

Developer Dexus has submitted a development application for the project to Brisbane City Council. Subject to approvals, construction is scheduled to begin in 2022 and the first tower is expected to be completed in 2026. 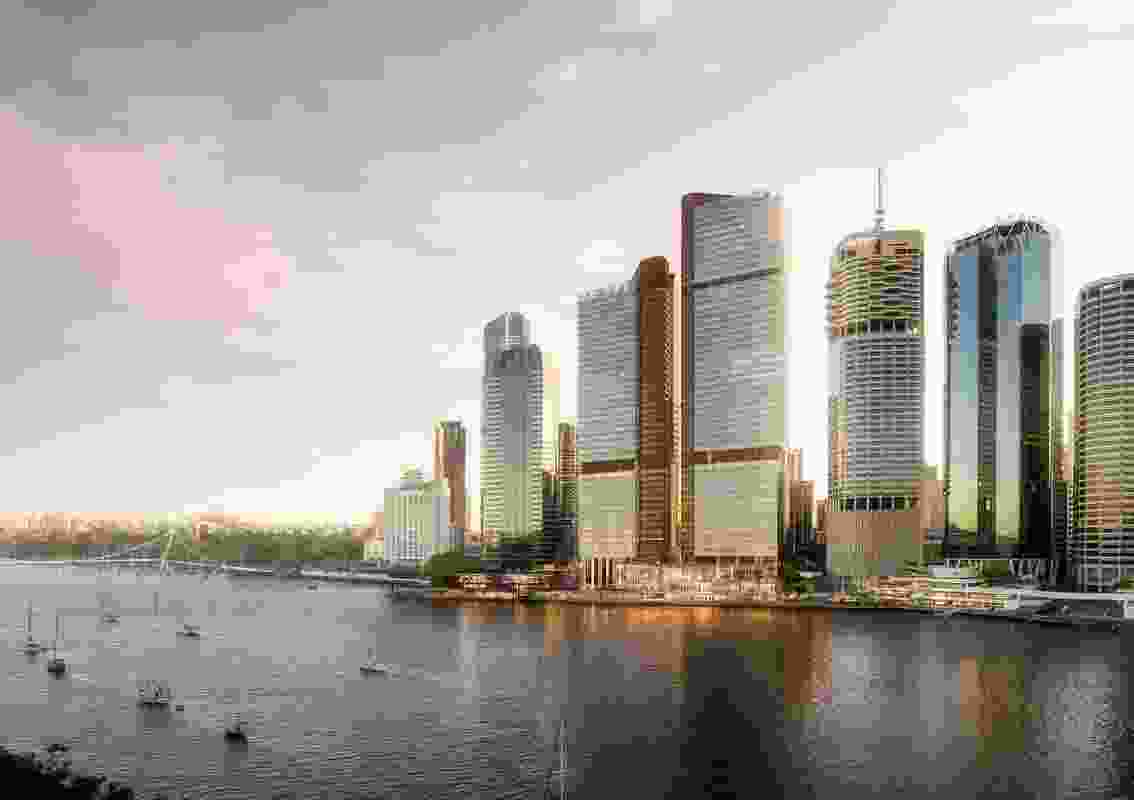 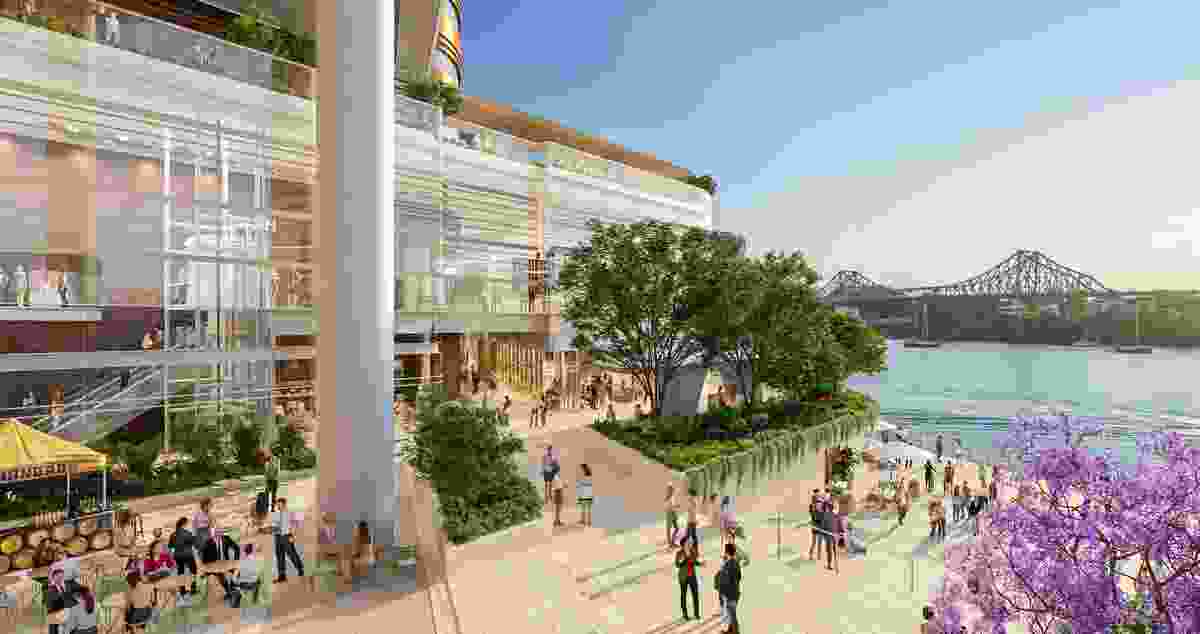 Waterfront Brisbane by FJMT and Arkhefield. The view across Market Steps towards elevated river lobby.

Waterfront Brisbane by FJMT and Arkhefield. The view into Mary Street Plaza looking across Eagle Street.

Waterfront Brisbane by FJMT and Arkhefield. Looking along Mary Street ootpath towards the south tower entry. 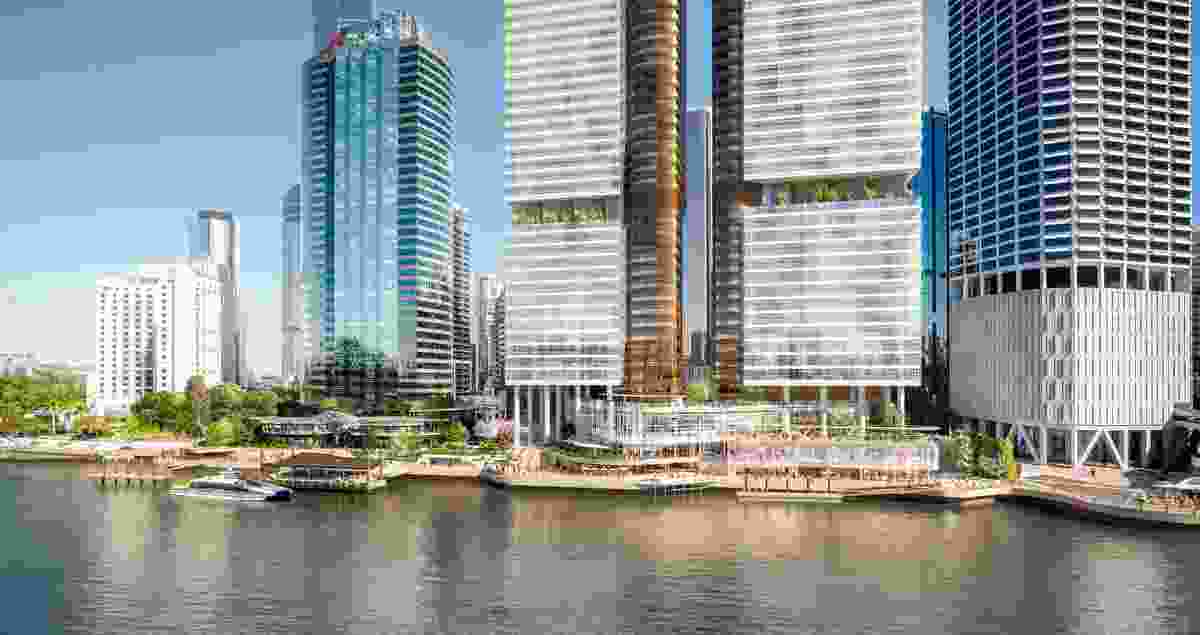 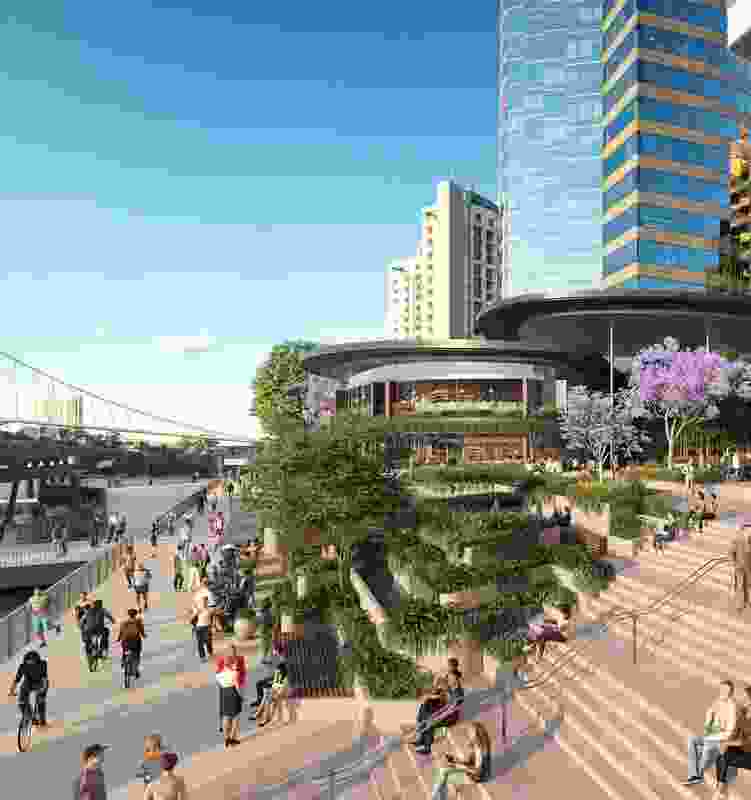 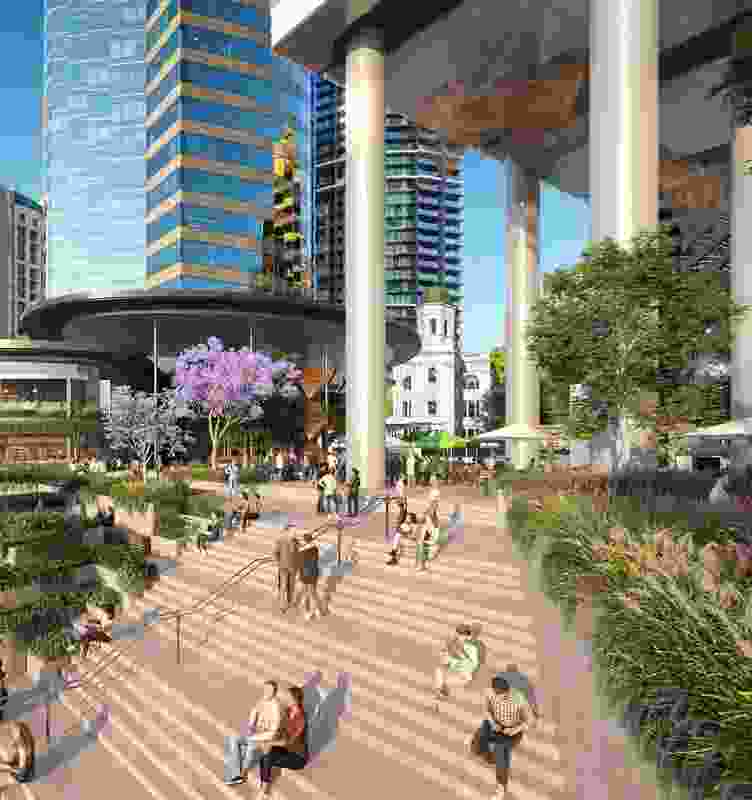 Waterfront Brisbane by FJMT and Arkhefield. The Market Steps and tower columns have been positioned to allow views to Naldham House.