Tzannes and Lendlease have designed a multi-purpose building constructed from cross laminated timber (CLT) for the UNSW’s main campus in the Sydney suburb of Kensington.

The collaboration is the latest in a string of large engineered timber buildings Tzannes has designed for developer Lendlease, including International House Sydney in Barangaroo, the Australia’s first engineered timber commercial building and winner of the National Award for Commercial Architecture at the 2018 National Architecture Awards, as well as a planned adjacent “sister” building.

The ground floor will be highly permeable, with the first two floors set back from the building envelop above to create a covered, open promenade. Above ground level, the next two floors will house flexible teaching spaces and other areas open to students, while the remaining floors will be used by the faculties, although no spaces will be reserved exclusively for a particular school or discipline.

In a design report produced as part of the application, the architects said the premise of the design was to celebrate “timber as the hero through simplicity, efficiency and clarity in expression.

“The definition of the base is also informed by the intention to maximize the physical and visual connection to, from and through the site. The six-storey top section is maintained as a simple glass skin wrapping around the timber structure, the articulation of which is informed by efficient implementation of its practical requirements resulting in an interplay between solidity, partial and full transparency, balancing the requirements of amenity and solar control.”

The building will be constructed of concrete, timber and steel. The primary mass will be fashioned from engineered timber, with glue-laminated timber (glulam) used for the beams, columns and bracing, while the floors and core walls will be made of CLT. All of the external timber elements, including an exposed truss on the first floor, would be made of recycled Australian hardwood.

The application has been made under the state significant development process. 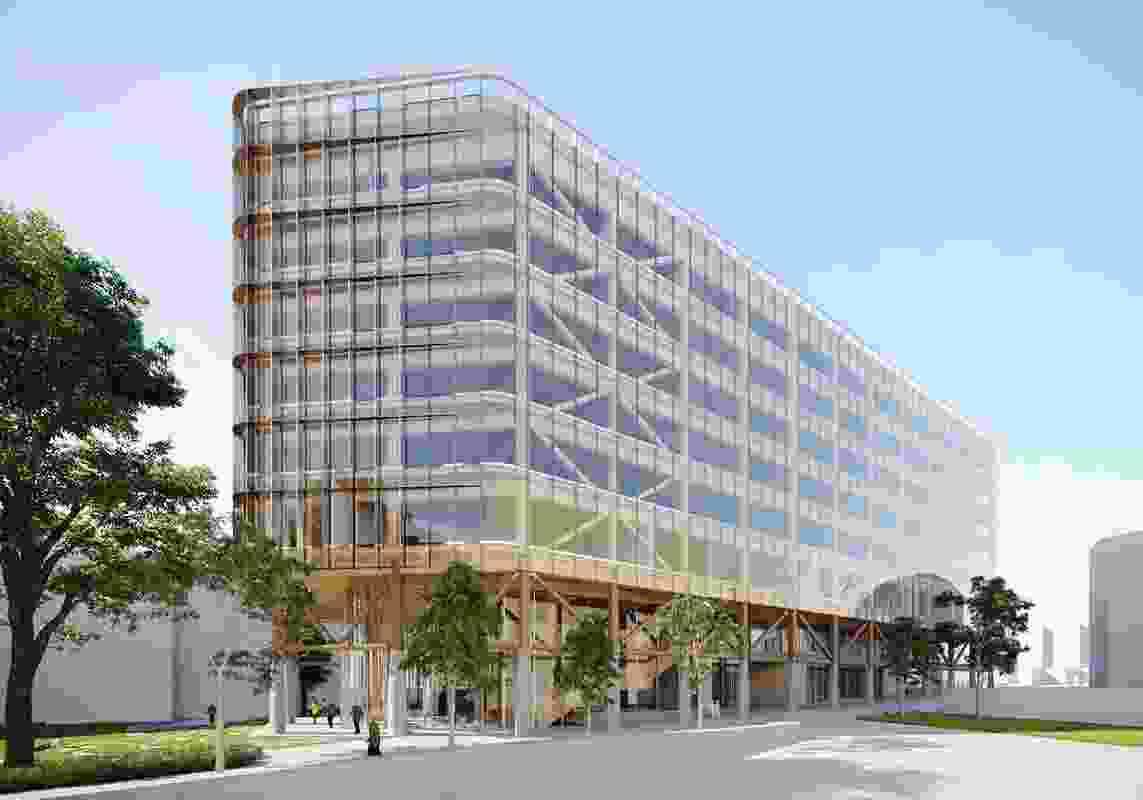 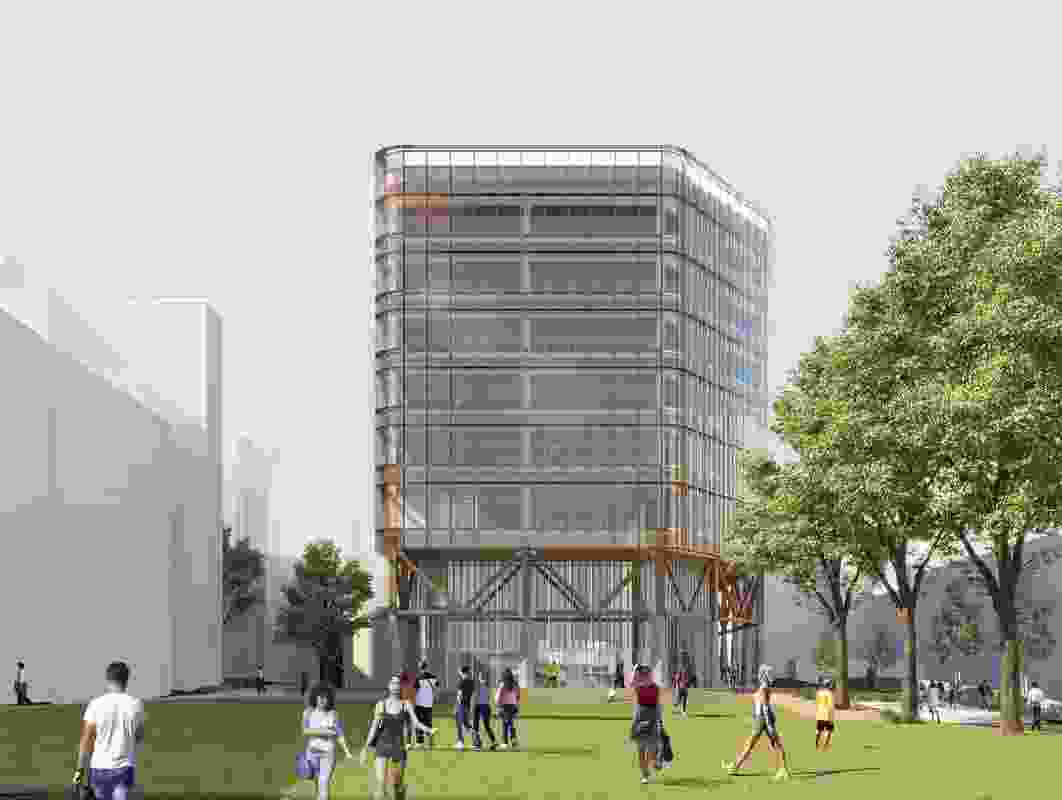