Tzannes and Fender Katsalidis have jointly designed an apartment complex in Sydney’s Roseberry that will add to the enormous level of development taking place in the area.

The project site lies close to the Green Square district and is bounded to the east by Southern Cross Drive and the Australian Golf Club.

The complex will comprise five apartment buildings arranged around three sides of the proposed Garraway Park, designed by Oculus. The facades of the buildings facing the park will feature green walls that act as “bookends” to the space.

Two U-shaped buildings in the north and south, rising to seven stories, will centre on a landscaped space, while the “wall” of buildings flanking Southern Cross Drive will reach 12 stories in height. McGregor Coxall is the landscape architect for the project.

The apartments are a mix of studios and one-, two- and three-bedroom units.

The project’s proximity to Green Square places it in Australia’s most intense development area and most densely populated precinct, with a population density approaching that of Hong Kong.

The City of Sydney has attempted to serve the booming population with a series of prominent new public projects, including Green Square Library and Plaza by Stewart Hollenstein in association with Stewart Architecture, Peter Stutchbury Architecture’s Joynton Avenue Creative Centre and the under-construction Green Square Aquatic Centre by Andrew Burges Architects with Grimshaw and Taylor Cullity Lethlean. 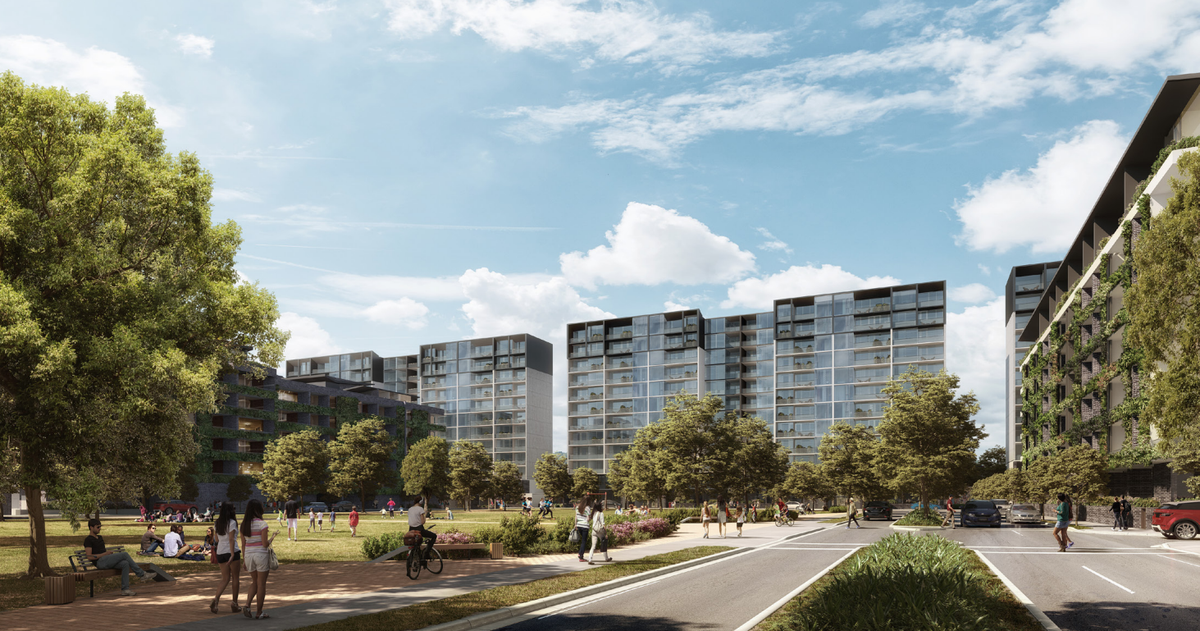