Some 64.87 percent of survey respondents have had projects stalled.

A survey conducted by the Australian Institute of Architects has found rising unemployment, widespread cessation of projects and loss of earnings among architects.

The survey was conducted in June 2020 and generated 428 responses.

The Institute’s survey results come as the federal government announced an extension of the Job Keeper subsidy to March 2021.

“These findings have serious implications for jobs, not only in architecture but also in the broader construction sector which employs nearly 1 in 10 Australians,” said Institute CEO Julia Cambage.

Survey respondents cited uncertainty caused by the COVID-19 pandemic as a significant reason for the stalled projects, along with issues in financing, including slowing approvals and lack of investor confidence.

The Institute says its survey findings are consistent with data from the Australian Bureau of Statistics, which show a decline in residential approvals.

In April, the Institute made a submission to the federal government on economic stimulus that recommended fast tracking existing health, educational, housing and infrastructure projects in early stages of development.

The Institute also said the government should focus on a broad range of projects and at a variety of scales such as social and affordable housing, community facilities, public spaces, energy efficiency upgrades for existing buildings.

“Incentivizing people to improve the energy efficiency of their homes, paired with a program of upgrades to public buildings is one compelling example,” Cambage said.

“Further substantial investment in social and affordable housing is another priority area that has yet to be fully addressed.”

The Association of Consulting Architects (ACA), which itself conducted several surveys on the economic impact of the pandemic on architects, has also called for further government stimulus.

ACA National President John Held said the government should take a “finer-grained approach to stimulus – one responsive to local needs and a different future to one we thought we needed a year ago. One where the best qualities architects can bring – an understanding of society, of public space, of environmental stewardship and of private amenity – can create a post-pandemic future.” 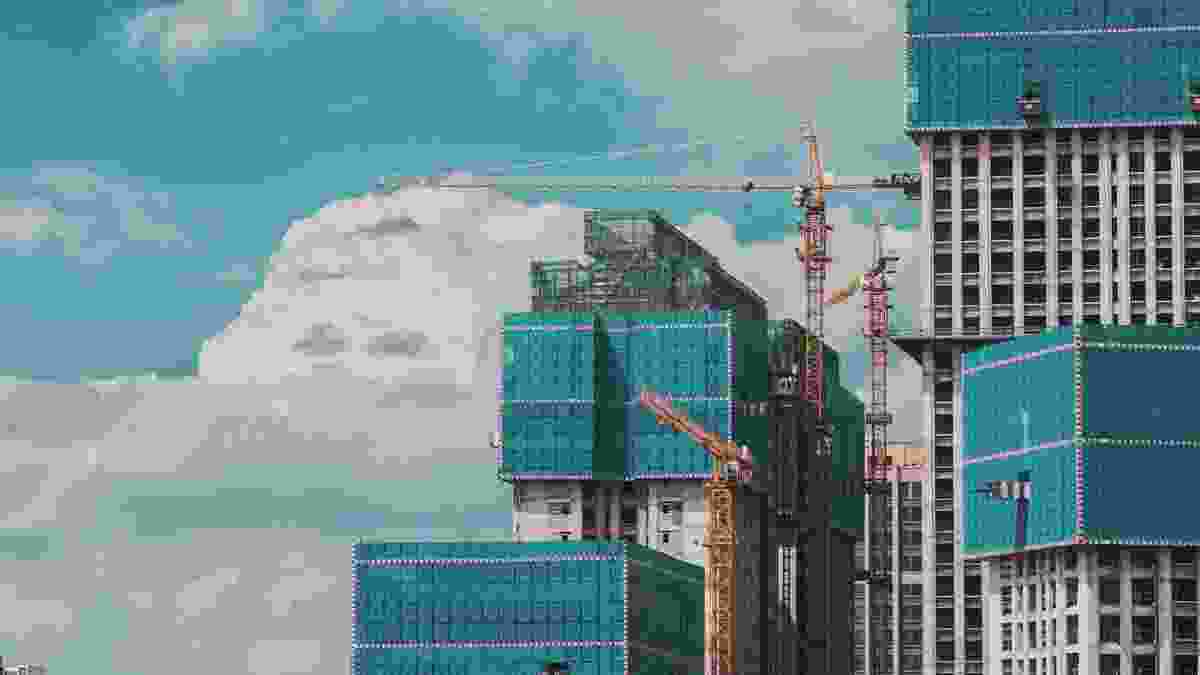 Some 64.87 percent of survey respondents have had projects stalled. 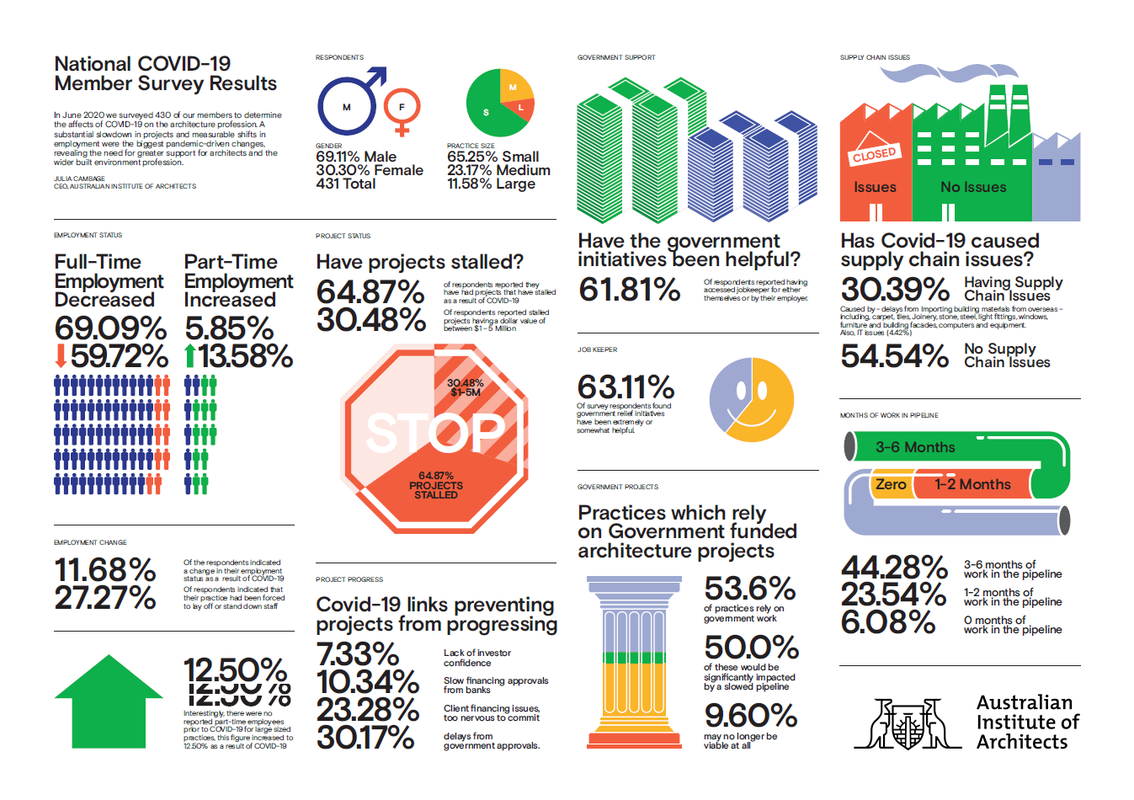 An infographic of the Australian Institute of Architects member survey.