The city of Melbourne.

An international study led by researchers from the University of Melbourne has determined the number of healthy years of life humans are losing due to cities being planned for cars instead of people.

The findings of the study, published as three papers in The Lancet medical journal, have quantified the burden of disease associated with land use mix, urban design and transport mode choice.

The study suggests moving to a compact cities model to reduce the health burden, which includes cardiovascular disease, diabetes and mental health issues.

“A city like Melbourne, for example, we estimated at baseline – which was 2014 – what its current burden was as a consequence of its land use and transport choices. If they were to change, it would reduce cardiovascular disease by about 19 percent,” said Mark Stevenson, an epidemiologist and professor of urban transport and public health at the University of Melbourne.

If Melbourne implemented the compact cities model, 679 years of extra health life would be gained per 100,000 people.

Stevenson said compact cities move away from the polycentric focus of big CBDs and urban sprawl.

“The compact city is defined as a city of short distances. It’s basically saying you need greater population density and residential density and you need shorter distances between place of residence and public transport. You need a city that’s amenable to design that takes account of walking and cycling,” Stevenson said.

He continued: “This is not pie in the sky stuff. There are now cities globally that have really embraced much of what we’ve highlighted here. Zurich has, Helsinki has, Copenhagen has, and they’re moving rapidly in this direction of shared mobility of sustainable transport and getting the modal shifts in terms of their transport,” said Stevenson.

Researchers have identified a number of benchmarks that it wants politicians to adopt and monitor in order to drive the momentum for change.

These include the implementation of pollution restrictions to enhance air quality, setting an area target for the ratio of jobs to housing, embedding walking and cycling routes in planning and building codes, setting targets for having public transport links near homes, setting a percentage requirement for the amount of urban land reserved for open spaces, and adopting health targets for reducing diabetes and respiratory and cardiovascular disease and increasing physical activity.

Professor Billie Giles-Corti, lead of the Centre for Excellence in Healthy Liveable Communities at the Melbourne School of Global Population Health, said there are also social factors at play.

“This is an equity issue and that should be an important driver for political change,” she said. “Inner Melbourne is expensive because people want to live there. We need to spread amenity and services more widely, by increasing the density and reducing the spread of the city, then more people will have more opportunities to walk and cycle to daily destinations like public transport, shops and facilities.” 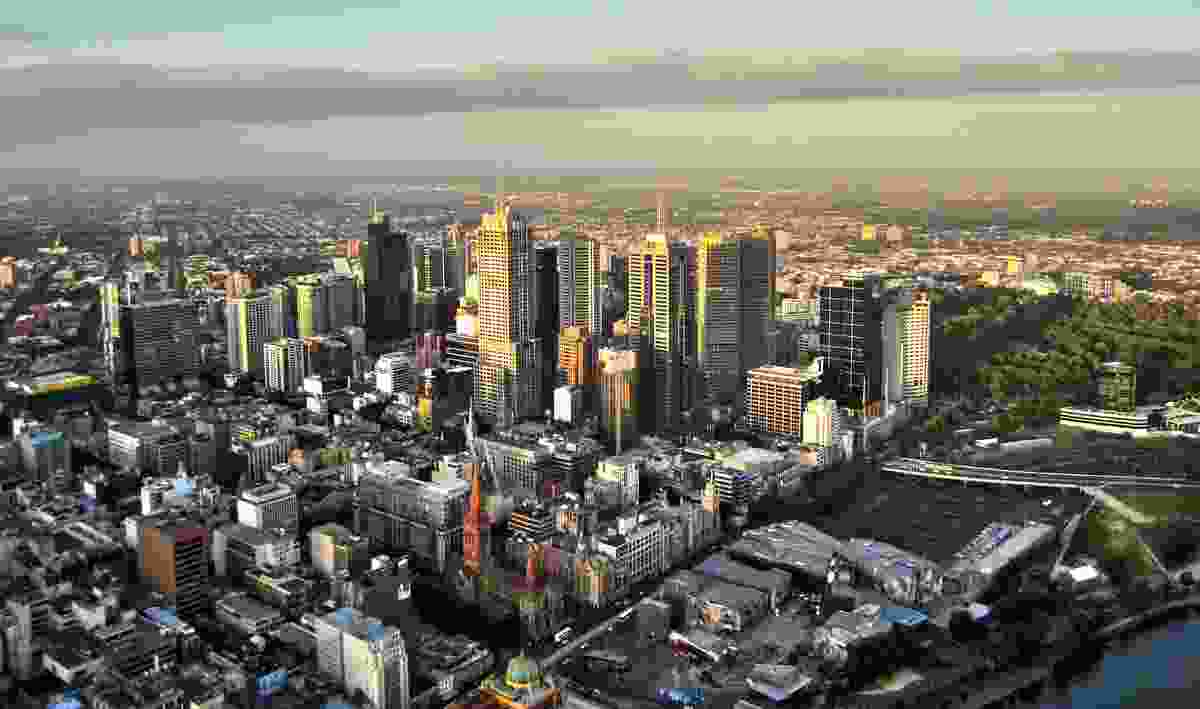 The city of Melbourne.