The University of Melbourne has progressed its plans for a $2 billion campus at Melbourne’s Fishermans Bend, after a stage one planning application was submitted to the Victorian government.

The campus will have a focus on “making, doing and testing,” complementing the academic emphasis of its Parkville campus and the performance focus of the Southbank campus.

It will accommodate spaces for the Faculty of Architecture, Building and Planning and the Melbourne School of Engineering, along with a range of shared workspaces, networking hubs, meeting and collaboration spaces, and retail spaces.

Occupying a 7.2 hectare site on Salmon Street, the former General Motors Holden site, it will sit within the planned “employment precinct” in what is currently Australia’s largest urban renewal district.

Grimshaw has prepared a preliminary masterplan for the campus, and City of Melbourne councillors will vote on a planning amendment paving the way for the development on Tuesday 7 July.

Council planners support the proposal, noting that it will be an important catalyst for the development of the wider precinct, but raised concerns about heritage retention and built form and massing.

For its part, Grimshaw says the campus will be deeply rooted in the industrial history of the site. “The legacy of the site, its history and its existing built fabric will anchor and enrich the campus identity and character,” the masterplan reads.

The masterplan is informed by the global proliferation of “innovation precincts,” with traditional workplaces and academic campuses eschewed in favour of “flexible places where people from a range of disciplines and professions can more easily come together.”

“To foster collaboration, the physical design of innovation precincts needs to be highly flexible and responsive,” the masterplan states.

Grimshaw’s scheme divides the site into a number of distinct organizing elements. On Turner Street, the “showcase” is a front-of-house active edge designed for maximum activity, visibility and accessibility. At the centre of the plan is the “heritage heart,” which will be the social hub of the campus. It will centre around the Social Centre, a heritage building with sculpted ceilings and murals over its large central hall built in 1946 as a canteen for General Motors Holden workers.

Along the northern perimeter will be the “tech-dock,” a heavy-duty service spine accommodating the campus’s need for large scale loading, freight and other heavy-duty back of house requirements.

The plan also includes an open space network and a series of through-site links.

The report to council prepared by City Strategy director Emma Appleton states that the scheme appears overly reliant on the “showcase” and “tech-dock” frontages for activation.

“Neither of these facade treatments appears to create the edge conditions between the public and private realms that will foster a vibrant and active precinct,” the reports says.

The report states that Grimshaw’s proposed maximum building envelope of 141 metres is unreasonable. “Building heights above 80 metres seem excessive in this location and are not consistent with the reference typologies provided.”

The report also states that the masterplan should be amended to show a greater degree of retention of heritage fabric. 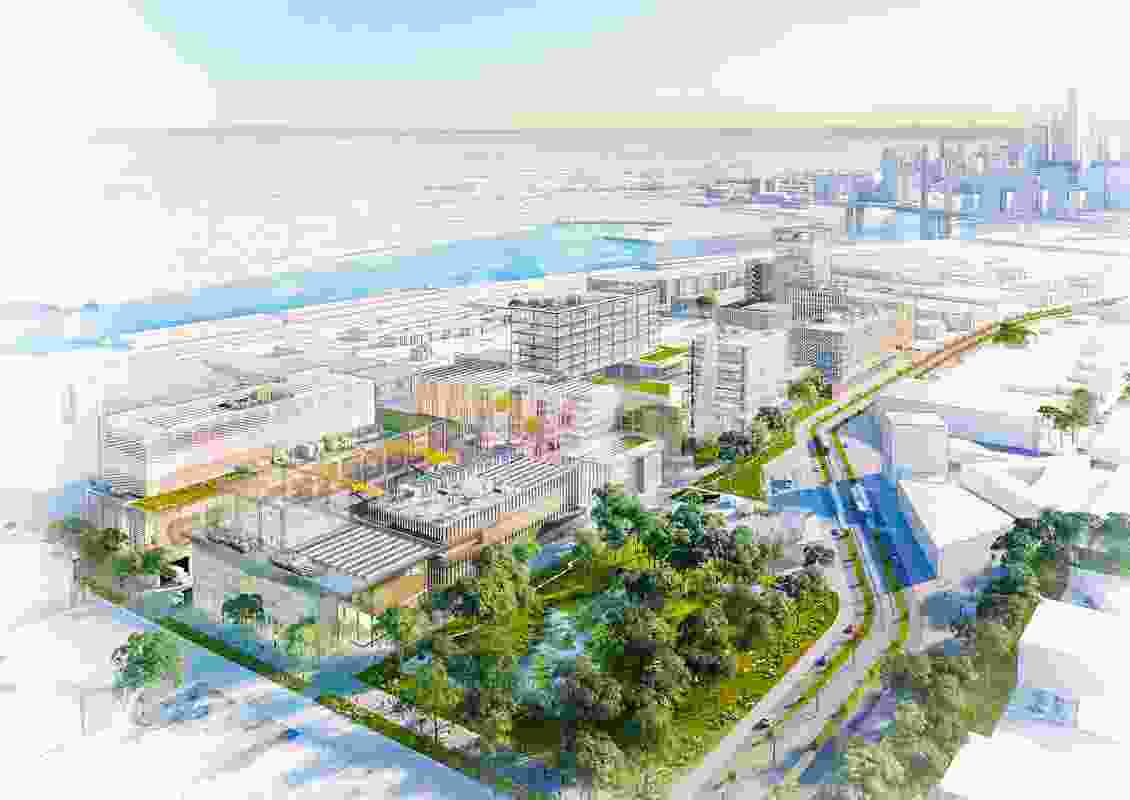 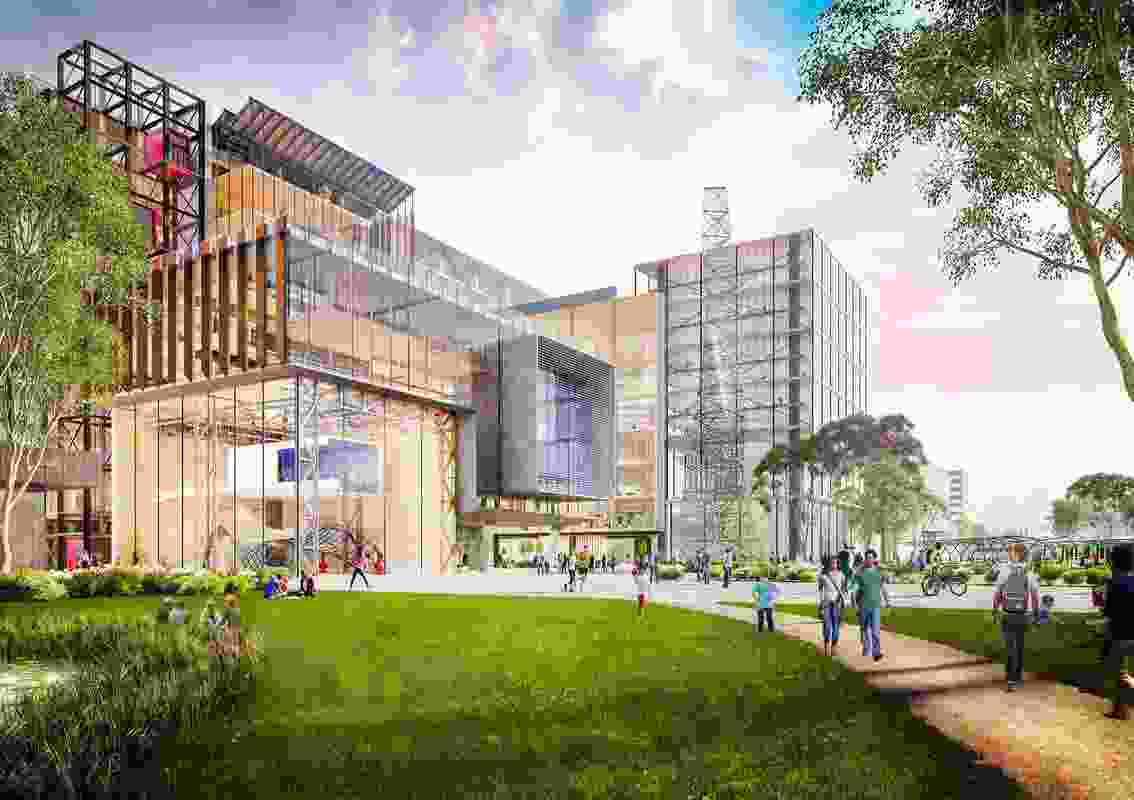 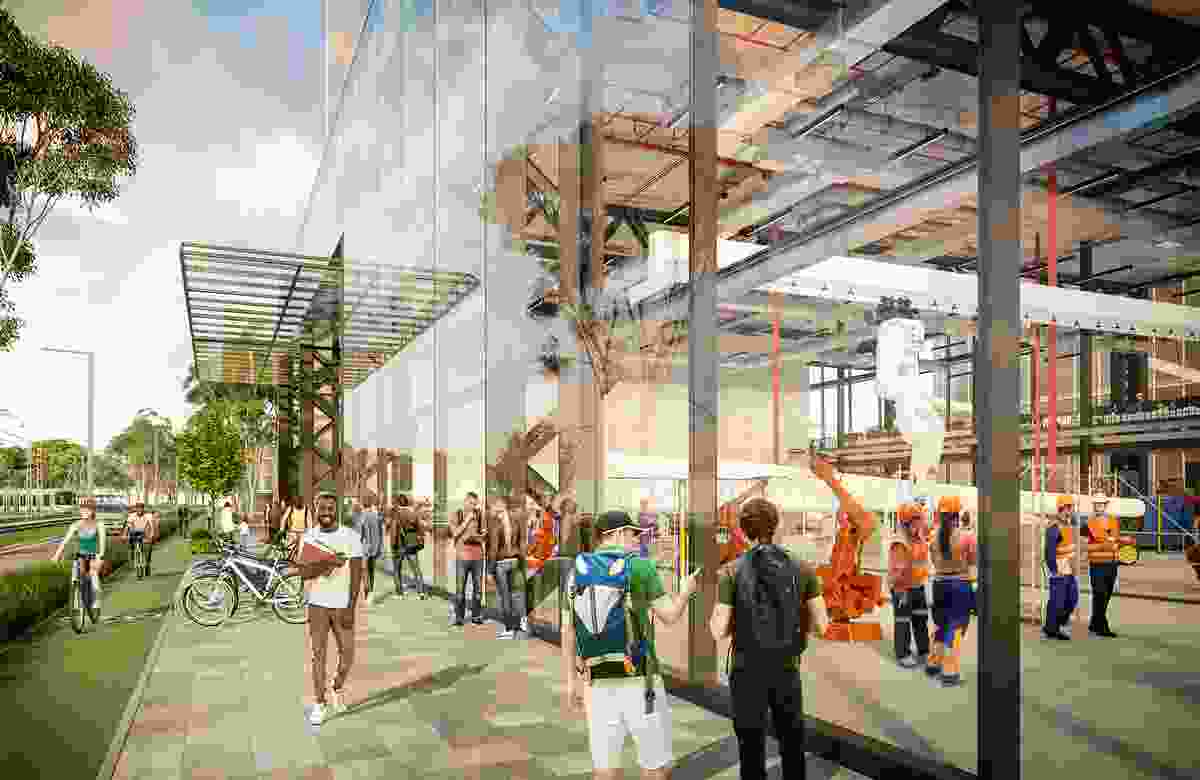