Urban laboratories: Can airports teach us about cities?

Following the opening of the Jewel Changi by Safdie Architects, executive director of Aerial Futures, Andrés Ramirez, looks to a number of innovative airport projects around the world and ponders the significance of the typology.

Safdie Architects’ proposed new design for Jewel Changi Airport, based on a torus.

If you want to know about the cities of the future, you might want to take a closer look at airports. Despite being one of the youngest architectural typologies, airports are some of the few buildings with the size, complexity and traffic to emulate cities. At airports, systemic urban conditions are magnified, making them interesting case studies for urban design.

It isn’t easy to keep up with the enormous demand for air travel. The pace of change often makes airport projects obsolete shortly after they are built. Airport architects are challenged to design buildings with the highest operational performance standards, while also creating seamless threshold experiences for the modern traveller.

Airports have been widely criticised as non-places that look the same wherever they might be. However, airports today are each designed to invoke a sense of place, reflecting the local culture and community. Denver International Airport was one of the world’s first airports to be designed as a symbol for its city and the region. Its sculptural roof line evokes the snow-capped Rocky Mountains, as well as the tepees of Native Americans indigenous to the area.

“Many travellers’ first impression of a place is at the airport, when they step off the aircraft and wait for their luggage. Airports today are cultural gateways, as much as they are transportation facilities,” says Curtis Fentress, Principal of Fentress Architects.

“A local design is crucial for people to know they’ve arrived somewhere special. It’s also critical for locals to embrace their airport and feel that it respects their culture and identity. Though the architecture must comply with contemporary international standards, it also should adopt a local vernacular and reflect the spirit of the people.”

Airports are at the forefront of the third transportation revolution, embracing new paradigms in smart technologies, digital mobility and the sharing economy. “Rapid changes of lifestyle and technology require airport design to forecast and respond to future trends and challenges. Making the impossible possible with a more seamless and on-demand passenger experience,” says Samantha Flores, architect at Corgan and director of Hugo, the firm’s research incubator.

“At Hugo, we’re testing replicable innovations, from reconfiguring the curbside for Uber’s flying taxies to integrating biometric security screening and ubiquitous connectivity through the Internet of Things. These explorations anticipate the future of urban mobility, shifts in consumer behavior, and the extrapolation of emerging technologies to create a more human-centred design.”

“At Jewel Changi Airport, we challenged the conventional model of airport design and brought the public realm into direct contact with nature at the heart of the terminals. Jewel Changi Airport includes a public garden and the world’s largest indoor waterfall, surrounded by a vibrant marketplace.” The project is an attraction to both travellers and local Singaporeans, while enhancing airport operations for smooth transitions to and from Changi.

Airports are no longer defined exclusively by air travel; they are destinations in themselves. Hundreds of airports are developing sophisticated programmes for business, leisure and entertainment. Antoinette Nassopoulos Erickson, senior partner at Foster + Partners, describes airports as spaces of enormous potential for social and cultural life.

“In the future, we will see airports evolving to become cleaner and more sustainable multimodal transportation hubs. Combining easy connectivity with great places to work, live and play, they will transform into ‘mixed-use developments’ — social spaces that are vibrant urban centres in their own right.”

Travellers want memorable experiences: to be engaged and entertained, and discover spaces they feel connect to their lifestyles. Steve Dumas of Unibail-Rodamco-Westfield (URW) studies how customers respond to retail environments. He sees airport retail design as highly localised and curated.

“For the renovation of T1 at LAX, LA’s Asian influences of origami and the bento box were combined with the surprise and delight sensibility of Southwest Airlines. This provided a layer of experiences for passengers to explore. At the Tom Bradley International Terminal, the grand spaces of the terminal were treated as if they were outdoors, creating plazas, streets and terraces with alfresco restaurants.”

As major mobility hubs, airports are in operation 24/7. HOK, the architectural firm responsible for major airport redevelopment projects like LaGuardia, has adopted an innovative phase-by-phase approach, in which the old building is incrementally removed and replaced by newer facilities — all with zero operational downtime.

“Phasing the construction of these projects can expedite the process and allow the team to achieve its design goals while limiting disruption to passengers and operators,” says Robert Chicas, HOK’s director of aviation.

Aviation infrastructure is a test bed for what’s possible, connected, as it is, to all elements of life. Aviation interacts with the lives of cities, and of local and global cultures, as well as the broader mobility ecosystem/

Urban laboratories: Can airports teach us about cities? 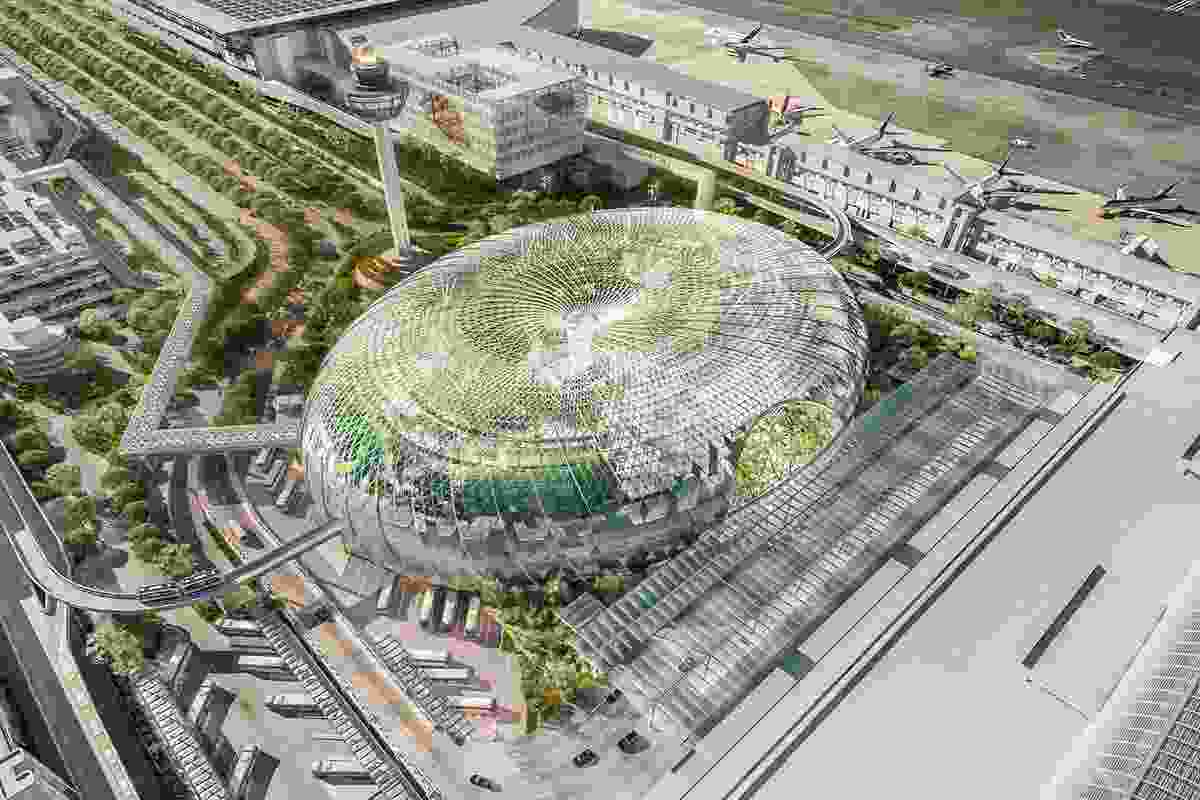 Safdie Architects’ proposed new design for Jewel Changi Airport, based on a torus. 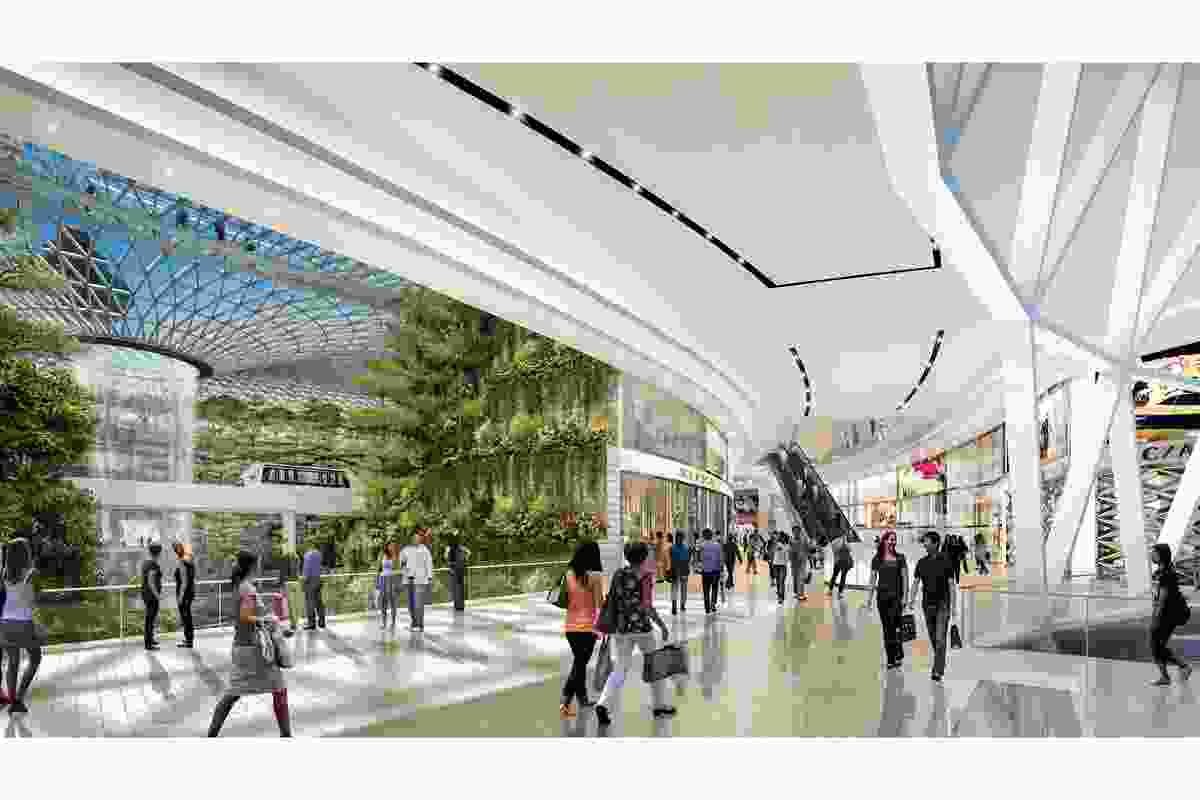 Inside the proposed new design for Jewel Changi Airport in Singapore. 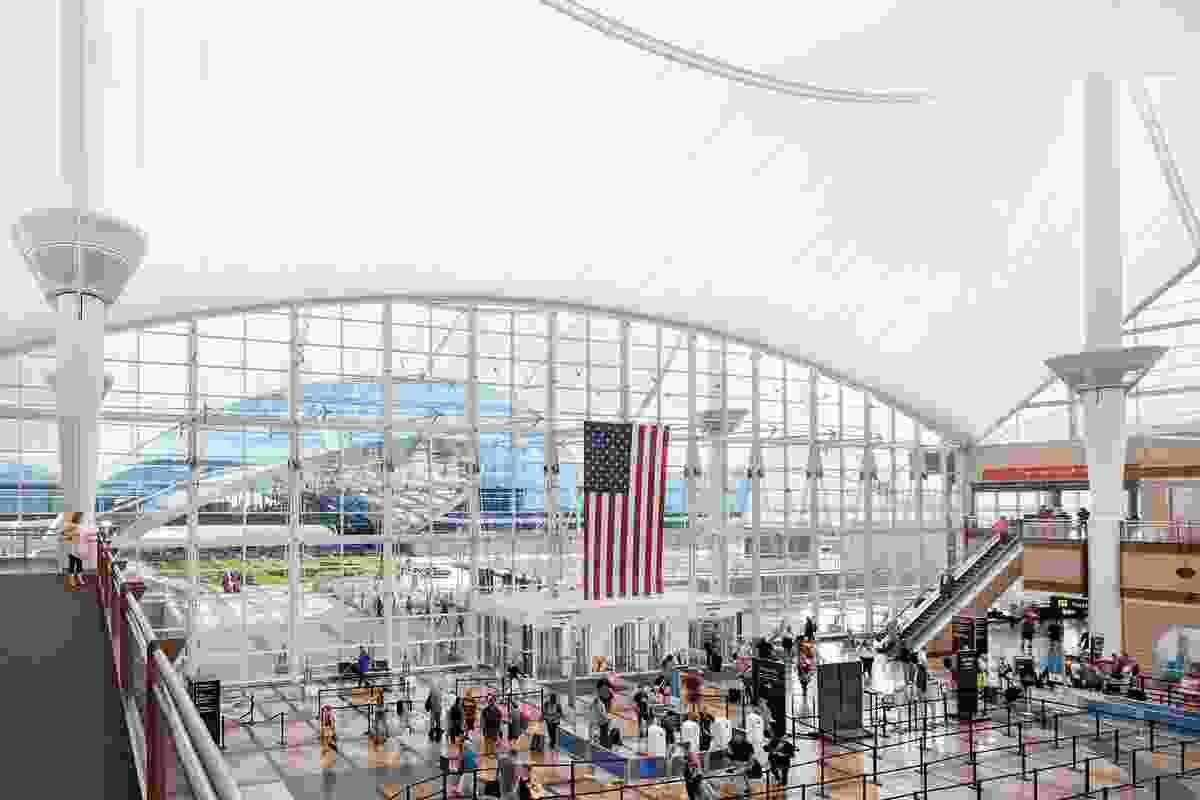 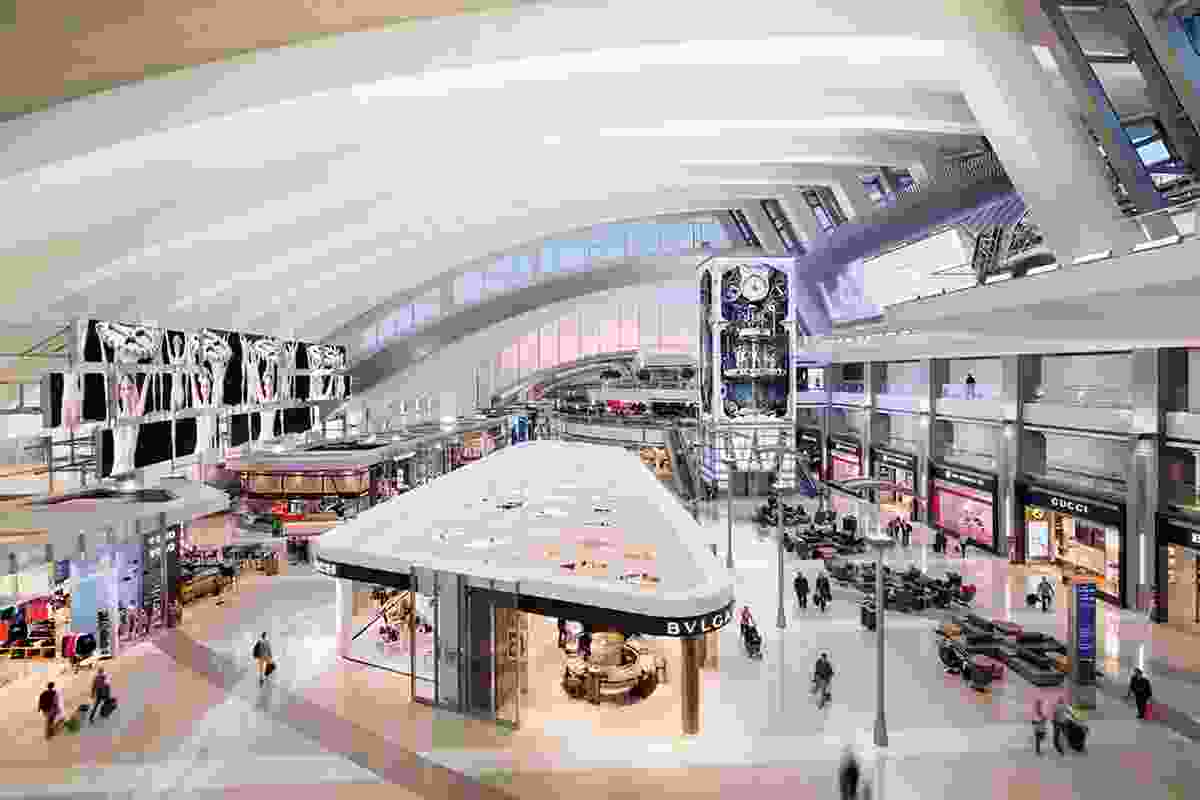 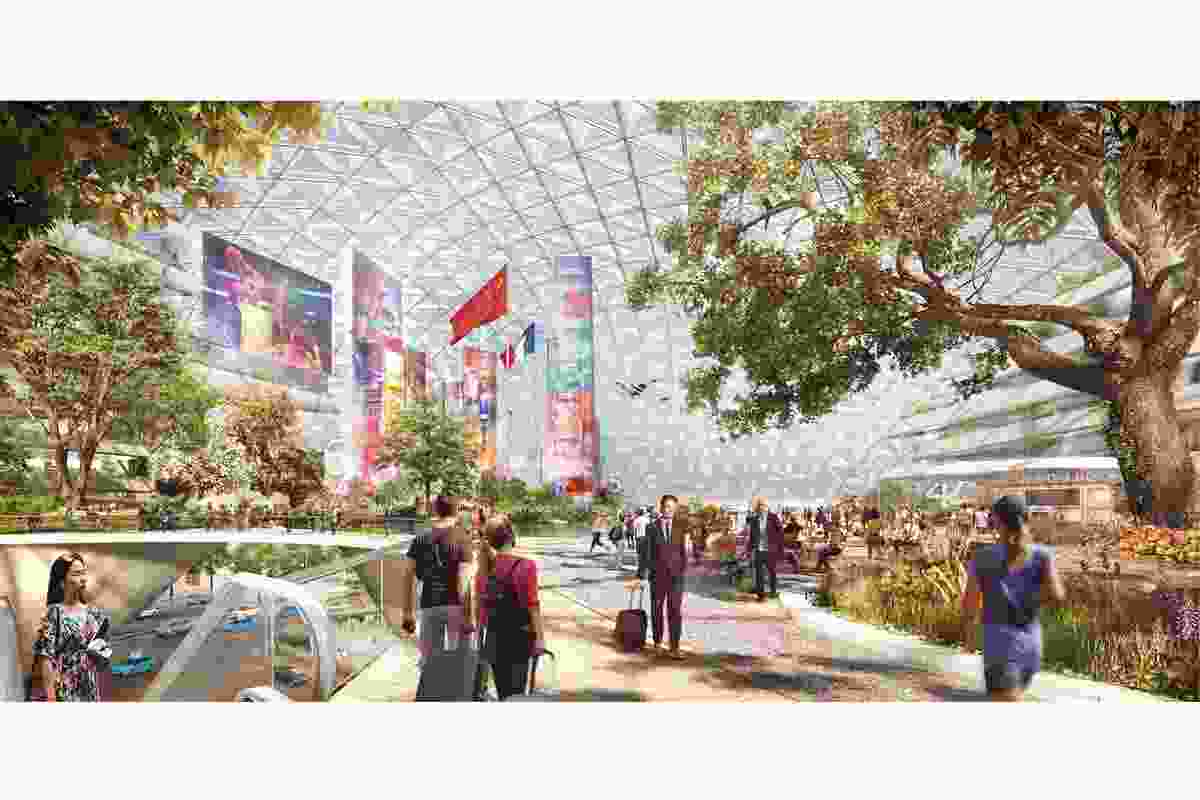 Inside the Tom Bradley International Terminal.