Urban ‘skyfarm’ to be built atop Melbourne carpark

Melbourne councillors have approved plans to build an urban farm atop a carpark in a rapidly transforming patch of Melbourne’s Docklands.

It will include a working farm, a nursery, a shop, a cafe, an event space for live music and entertainment as well as education facilities.

RD Architecture is responsible for the design of the farm, which will sit adjacent to Fender Katsalidis Architects’ upcoming Seafarers Place project and the Seafarers Rest Park, just across the road from the Melbourne Quarter development.

A concept statement from the proponents outlines how the project fits in with the City of Melbourne’s Urban Forest Strategy and its five core aims: to adapt the city to climate change, to mitigate urban heat island effect, to create healthier ecosystems, to create a water-sensitive city and to engage and involve the community.

“Melbourne Skyfarm is driven by these ambitions and proposes a hopeful vision for Melbourne’s future through a productive urban rooftop farm integrated with strong social and community ties,” the statement reads.

“With education being a central ambition of the Melbourne Skyfarm project, the site is woven with environmentally conscious learning opportunities, ranging from native food gardens to solar energy, and bee-keeping to biodiversity and composting.”

Skyfarm has been granted $300,000 from the City of Melbourne’s Urban Forest Fund and is supported by the Melbourne Convention Exhibition Centre.

The proposal has not been without controversy, with council receiving 30 objections during a public exhibition period, and one letter of support. Much of the concern related to potential noise impact, light spill and overshadowing.

Council has approved the project on the condition that the built form be amended to prevent overshadowing of Seafarer’s Rest park, which the proponents agreed to.

The council found the provision of amplified live music and entertainment in the event space only would “not have an unreasonable noise impact on surrounding residential properties.”

Urban ‘skyfarm’ to be built atop Melbourne carpark 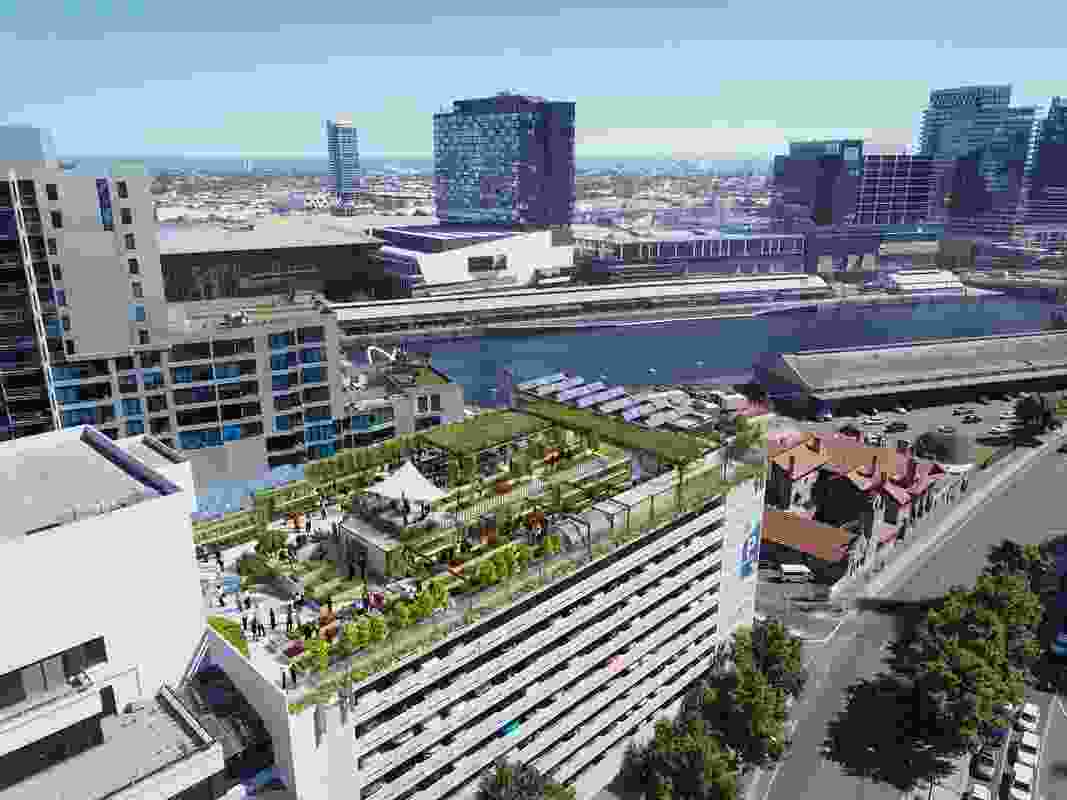 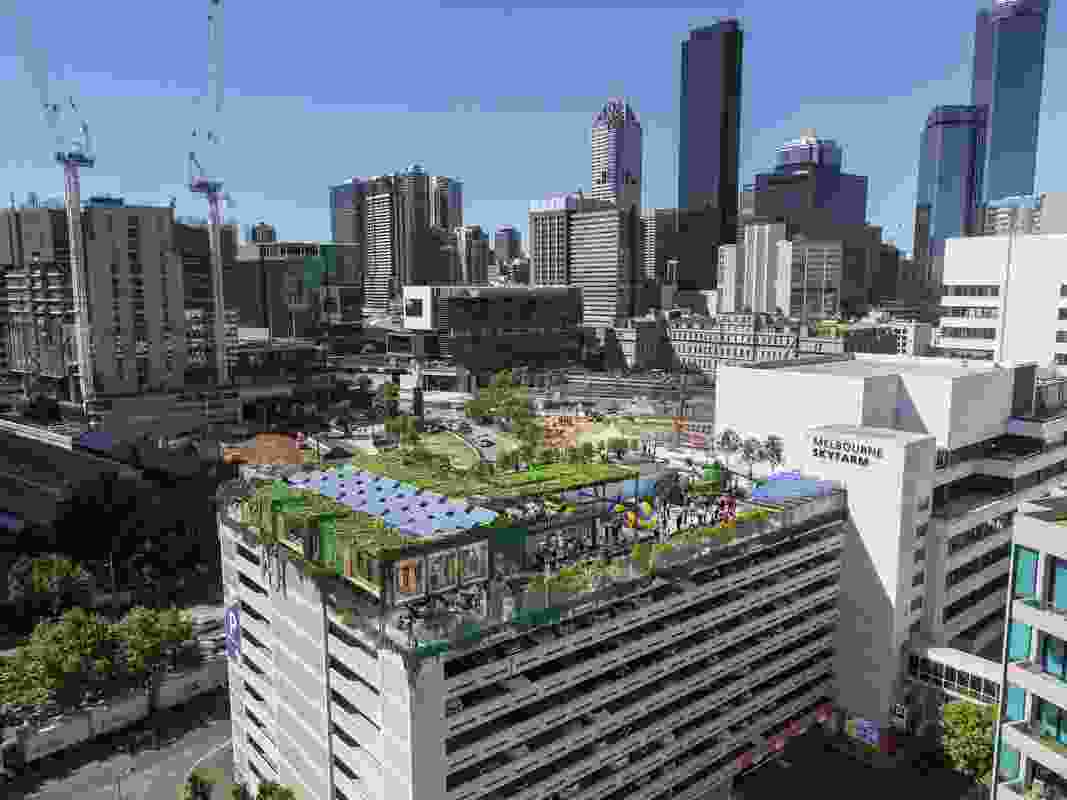