Ken Maher remembers an architect who was passionate about cities.

Colin Stewart was a remarkably gifted architect and urban designer. As an idealist, a dreamer and a brilliantly incisive design thinker, Colin’s contribution to Sydney and Canberra over the past five decades has been significant.

Colin was a champion of the public realm and was renowned for his clear and strategic city thinking. He had a unique intellect and was a deeply passionate designer. Colin believed that good design can change people’s lives for the better.

Architecture was Colin’s passion - a vocation that fitted him perfectly and permeated his life. He had an incisive way of developing design thinking through the process of drawing, with essential, elegant and cryptic lines suggesting so much. His legacy exists in numerous built projects, but also propositions and strategies that have influenced the future of cities he has lived and worked in.

Colin was born in Sydney on 4th April 1947, the second son of Les and Dorothy Stewart. His childhood was spent in Beverly Hills with brother Bernard, later moving with his family Penshurst so he could attend Sydney Technical High School. An early interest in architecture led to him enrolling in the program at the University of New South Wales in 1965, continuing to live at home during his studies. On graduating from UNSW with First Class honours in 1970, he joined a small and talented practice in Woolloomooloo led by Leif Kristensen.

Colin had collaborated with colleagues Craig Burton and myself on a graduation project, and the design thinking developed during this process informed an entry in the Pompidou Centre competition in Paris the following year - which remarkably won a key prize, and afforded us the opportunity for travel to Europe together to receive the award. The talent and tenacity Colin contributed to this project inspired him to further his broader design interests through graduate study.

Colin won a Fullbright scholarship to Harvard University as well as a Byera Hadley Travelling Scholarship, completing a Master of City Planning in Urban Design in 1973. He followed this with a period of living and working in Manhattan, collaborating with Jaquelin T. Robertson on developing incisive proposals for downtown Manhattan in the Office of Midtown Planning. Colin returned home from New York in 1974, impressing all with his cool Art Garfunkel hair and New York demeanour.

He then joined Sydney City Council as Chief Urban Designer, working with Joan Masterman and Carlene Devine for two years, and then later with Jackson Teece Chesterman and Willis. During this time Colin prepared numerous urban design strategies for the city that have informed many subsequent projects, including George Street and Circular Quay - thinking that was well ahead of its time.

This period in Sydney was spent in a small community in McMahons Point, in adjacent terrace houses with architecture and landscape architecture friends and colleagues, living and sharing creative endeavours together.

Following his marriage to Margaret in March 1979, he relocated to Mosman for a short time and welcomed their first daughter Nicole.In May 1981, the family moved to Canberra for Colin to take up a position at National Capital Development Commission – working with Paul Reid who was then Chief Architect – where he prepared many influential strategies and projects for the Capital. Again, some of these were perhaps too much ahead of the local political will to gain as much traction as they deserved.

With his relentless focus on influencing the future through design, Colin commenced independent practice as Colin Stewart Urban Design in the family garage in Forrest during 1988. From this modest start, the practice has grown successfully into a leading and influential practice in Canberra, sustaining a consistently high-quality body of work, a loyal following of clients, and receiving recognition through numerous awards.

Major competition winning projects include the ACT Magistrates Court in collaboration with Graham Humphries and Rodney Moss, practicing then as MCC, and the Kingston Foreshore Master Plan and subsequent apartment buildings. The success of the practice has allowed Colin to continue to develop strategic, and at times speculative propositions for Canberra’s future, including re-imagining City Hill, and more recent proposals to reintroduce Griffin’s “gateways” to the city.

Colin was blessed by having a wonderful family, with Margaret his great love and pillar of strength by his side in life and practice, and three beautiful daughters in Nicole, Felicity and Charlotte. The family has continued to flourish and expand, welcoming husbands and grandchildren, with a future wedding in the wings, and enjoying life more recently in the Southern Highlands at the much loved “Tanglewood” in Kangaloon, where Colin discovered life on the land, and an infectious enthusiasm for regeneration planting.

In September 2018, Colin was diagnosed with Acute Myeloid Leukaemia, sadly passing away on 26th June 2019. While dealing with the knowledge of his terminal illness and finally deciding not to continue treatment Colin was, as always, remarkably optimistic and incredibly brave - reflecting on good times with family and friends, while still thinking, drawing and conjuring future design projects.

Those who were lucky enough to know Colin, while experiencing his modesty and selfless concern for others and the collective public interest, were invigorated by his energy and enthusiasm for making a better future through design.

Significantly, Colin will be remembered, beyond his considerable achievements, for his generosity of spirit in seeing the best in everyone, and his open, engaging yet slightly mischievous smile. 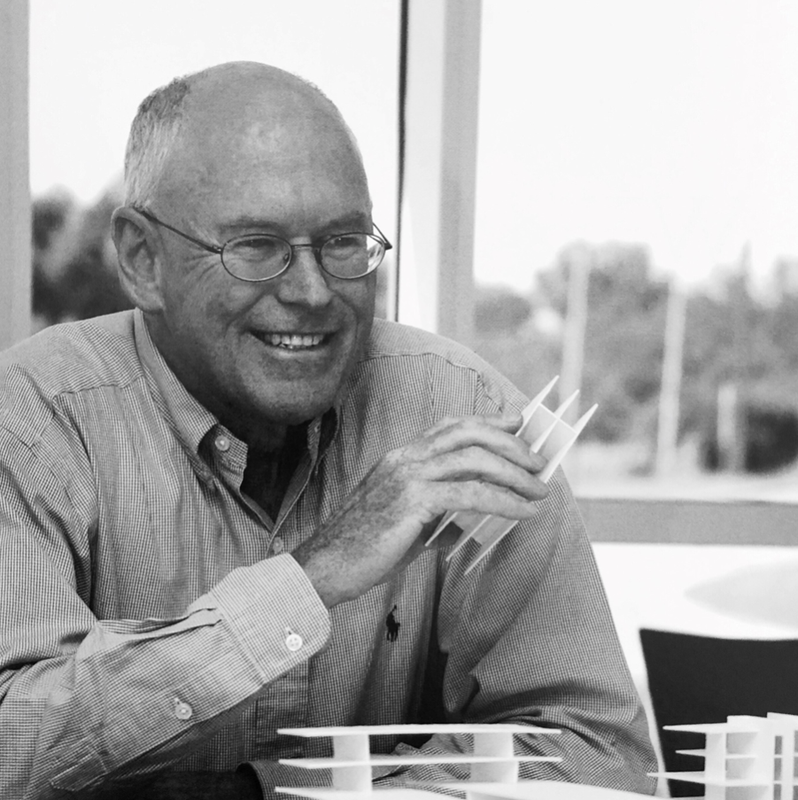