Lawrence and Andrea Nield pay tribute to a prize-winning architect and author who helped change the way Australia saw itself and its cities.

Taylor was no desk researcher, but an architectural inspector… She experienced buildings from Yemen and Beijing to Tahiti, Wallis and Fortuna.

Professor Jennifer Taylor was a very significant architectural historian. Reminding both the profession and the general reader of their architectural culture, her work reflected, and promulgated, an understanding that architecture is a manner of seeing and knowing our world (to borrow from Aaron Betsky). She had a particular understanding of landscape – perhaps even an agenda – as found in her writings on Australia, the Pacific, “Ocean of Islands”, and Japan.

In An Australian Identity: Houses for Sydney 1953-63 (University of Sydney, 1972), she saw the Sydney School as a significant and consistent body of work relating to Sydney’s sandstone and eucalypts. John Andrews: Architecture, a Performing Art (Oxford University Press, 1982) analyses the Australian architect John Andrews’ international reception. The magisterial Australian Architecture since 1960 (Law Book Co Ltd, 1986, updated 1990) is the essential reference for anyone trying to understand Australian architectural achievement. In the perfectly timed Tall Buildings 1945-70s: Australian Business Going Up (Craftsman House, 2001) she researched and analysed Australia’s first tall buildings just when developers were striving to knock them down. She guides us through the spirals of the famous museum in Aoyama in The Architecture of Fumihiko Maki: Space, City, Order, Making (Birkhauser, 2003) – crisp collage building in collage cities. Taylor says that Maki, who she first met in 1975, was a great influence. Her final book (with her partner Jim Conner) the expansive

Architecture in the South Pacific: The Ocean of Islands (University of Hawai`i Press, 2014), reports and beautifully illustrates the many monuments and hybrid building types of the remote Pacific islands. It is as if the authors suddenly found Rousseau after years of studying Picasso.

These major books, all based on fastidious research, do more than record; they speak about the wider issues of architecture – about condition, circumstance, authenticity and landscape, about a manner of seeing.

Of course her output was not confined only to entire books – she was constantly writing sections of books, entries in encyclopaedias, and articles in journals. Often she wrote about her students (many of today’s significant Sydney architects were students of Taylor’s). She gave talks on the radio and organized exhibitions. Not surprisingly, we heard her (while driving) on ABC radio’s Late Night Live speaking about the Chinese Garden influence in Australia. She gave invited lectures and critical presentations to meetings and conferences all over the world. Importantly, she established a contemporary architectural dialogue with Japan and China, bringing prominent architects and critics to Australia.

Compared to her writing, her architecture output was small but her writing surely gained insight because she built. She knew as a women architect all the added trials and tribulations of design and production. But the work itself was special – particularly Dunbar on North Stradbroke Island, looking down the endless beach from Point Lookout. Here on a site of sites, she and Conner over five years designed a “beach” house – a wonderful house-that-other-houses built. One enters down a narrow lane then passes through a portal to atria of pebbles and paving. Then the space flows into the hall of two double rows of columns under white gabled ceilings – a processional and viewing platform made tangible by fifty giant timber columns. It evokes Bali (where the final drawings were done), Sri Lanka, Japan and the verandahs of the Queenslander where she grew up. TS Eliot wrote in The Sacred Wood (Knopf, 1921) that anything genuinely new makes us reconsider the past – “[we] will not find it preposterous that the past should be altered by the present as much as the present is directed by the past.”

Dunbar is genuinely new because it allows us to see the past in another way.

Taylor was no desk researcher, but an architectural inspector. In 1982 she crawled all over the David Maddison Building at the University of Newcastle’s medical school as part of the jury for the Australian Institute of Architects annual awards program. It would have been the same for every building in the awards – indeed, every building she visited. For the Ocean of Islands treatise she went to every island. In 1975, 1986, 1993 and 1996 she spent study leaves in Japan. She experienced buildings from Yemen and Beijing to Tahiti, Wallis and Fortuna.

In 1971, Taylor started work at the University of Sydney. Here, as one of your authors experienced first hand, she was a remarkable influence as one of the few woman lecturers in a year when, for the first time, there were equal numbers of male and female students. Her dynamism, self-confidence, experience, fearlessness and meticulousness gave the women students standards, aspirations and, importantly, the will to finish the course. She encouraged curiosity about architecture outside the European modern and opened the possibility of an Asian sensibility to all her students. She encouraged students to study outside the architecture faculty in Historical Archaeology or Mathematics. The architecture course became a training ground not only for architects but comedians, filmmakers, surfers, musicians and artists. These were extraordinary years – the Whitlam years of change, the end of the war in Vietnam, and ‘Afros’ abounded. Students chafed at the irrelevance of the course. In 1973 there was the infamous architecture student strike which lasted four weeks. Taylor supported the students and pushed for creative change. Her pedagogy was rigorous and her personal style was distinctive and unique, but above all she was enthusiastic and kind, and always remembered her students as friends, rather than just past charges. Her students at Sydney owe her a great debt, as we suspect do all the other students, under-graduate and post-graduate, she has taught and mentored.

Confident and fearless, Taylor was a teacher with objectivity and coherence while being vital, energetic, sympathetic and greatly personable.

Taylor had professorial positions at the University of Sydney and QUT. She had many visiting professorships – at universities in California, Washington, Pennsylvania, Ho Chi Minh City, Hong Kong City, Auckland and Wellington. But architects in Australia saw Taylor as a colleague, a fellow architect – not in any sense a remote academic. She spoke out about cities and heritage. She debated with architects. Her dinners on the verandah at her Hunter’s Hill house were famous with probably more international and local architects and more exchanges than a national conference. She sat on Councils; she was a member of three Australian Institute of Architects Gold Medal juries. She has been honoured by the Institute many times. In 1998, the NSW Institute acknowledged her with the Marion Mahoney Griffin Prize for women architects with a distinctive body of work. In 2000, she was awarded the inaugural National Education Prize for her teaching. In 2010, she was honoured with the President’s Prize for her “lifetime commitment to architecture as a thinker, writer, critic and historian.”

Her involvement with practice made her a much more perceptive critic. She was a juror on several important design competitions (such as that for the NSW Institute’s own headquarters at Tusculum). There were constant articles and critical pieces for Progressive Architecture (US) and Architecture Australia. In 2004, she was appointed a Director of the International Committee of Architectural Critics (CICA), having been elected to this distinguished group in 1985. The International Union of Architects (UIA) recognized her twice in the areas of criticism and education.

Confident and fearless, Taylor was a teacher with objectivity and coherence while being vital, energetic, sympathetic and greatly personable. Our memories: quizzing a guide about Roman ruins in the Palace of Split – making students get their references right – sailing into Dubrovnik – celebrating Chinese New Year in Sydney’s China Town – driving down the infinite beach at “Straddy” – photographing in Samoa “where the sky meets the sea.” She was larger than life – the stuff of musicals or opera: There was Nothin’ Like this Dame!

Jennifer Taylor is survived by her partner James Conner, her previous husband Professor Tom Taylor, and her children Faith and Michael.

A celebration of Jennifer Taylor’s life is planned to be held on 5 February 2016 from 5pm to 8pm in the Concert Hall, Northern Foyer of Sydney Opera House. 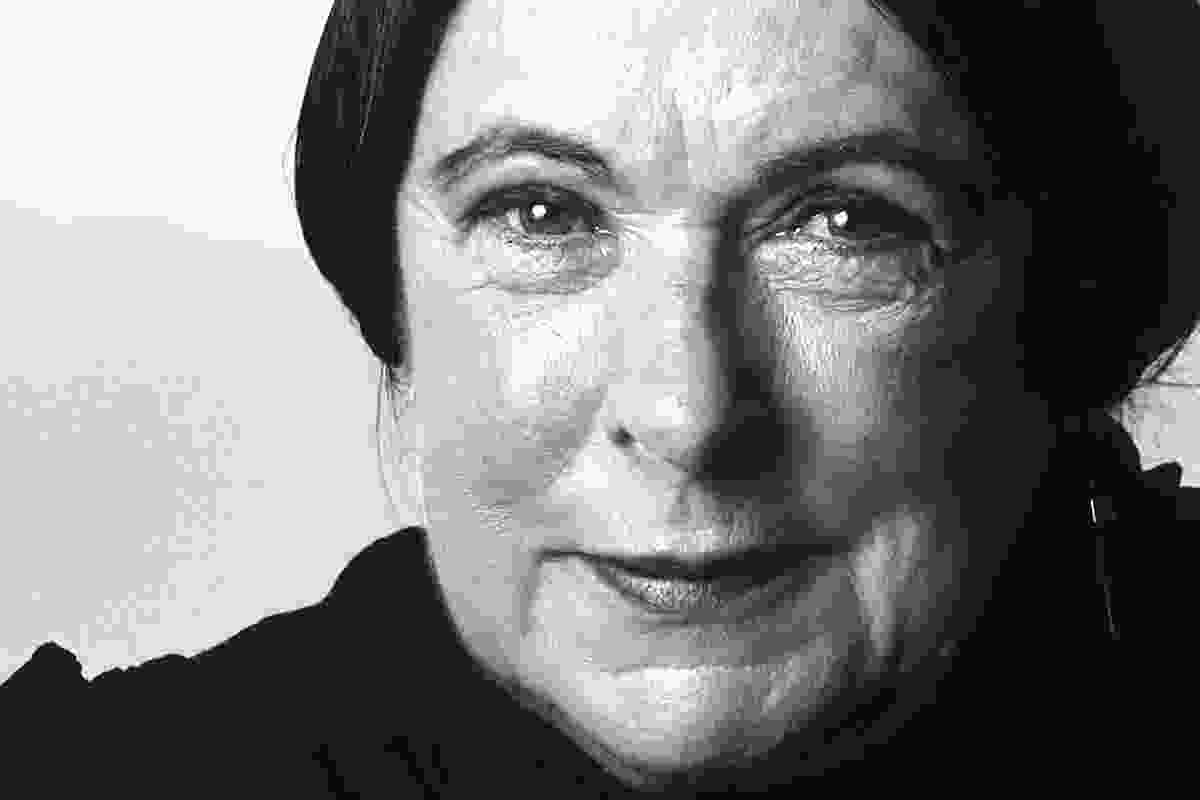