Paul Pholeros was a founding director of Healthhabitat, an organization which works with remote and impoverished communities, particularly children and Indigenous communities, to improve their living environments and thereby their health. Here, Jon Clements, Phil Harris, Adrian Welke and Richard Leplastrier pay tribute to Paul, an architect, advocate and humanitarian.

Image: Making a World of Difference by Miles Roston, published by Exisle Publishing

This is a very sad time and great loss for our community. With his unwavering commitment to improving the lives of those living in disadvantaged communities around the world through his award-winning health and sanitation programs, Paul has long been a source of inspiration to us.

Anyone who had the opportunity to hear him speak about his work could not help but be moved, changed in some fundamental way.

His exceptional work has made valuable impact in Indigenous and disadvantaged communities across Australia and around the world, from Johannesburg to New York, and will leave an enduring legacy on those who were fortunate enough to meet him and those who benefitted from his generosity.

– Jon Clements, national president of the Australian Institute of Architects

[Paul would] battle against the antipathy and prejudice that precludes our first Australians in sharing our society’s riches of housing, health and education.

In the politically charged world of Indigenous affairs, Paul never stepped back from simply telling it straight. As the best architect should be, he was a champion for his client. He was our mentor, our guide, and always our friend, with a twinkle in his eye and a self-deprecating quip at the ready.

It is impossible to imagine his lean and taught bower and studio high on Bilgola Plateau – the platform refuge shared with his partner Sandra – without his big presence. It was here, between months on the road, surrounded by bush and a big view, he would recharge, to continue his polite but unwavering 30 year battle against the antipathy and prejudice that precludes our First Australians in sharing our society’s riches of housing, health and education.

The torch will be carried on, for he has taught us well – but how well and with what authority is the question, and, for all of us, our individual challenge.

“Dr Phol” as he was lovingly known to so many of us, realized from the youngest age as a student that Aboriginal culture and the land was the spiritual backbone of this country.

From that time on, he unrelentingly pursued its sustenance through his brilliant work with Indigenous communities. The background financial support for his Healthabitat practices has been provided by a series of small, modest beautiful buildings done by him over the years … thus showing us an exemplary ethic. What an example. What a tour de force. What a life. What a loss. Game, set and match, Dr Phol.

Paul Pholeros was appointed a Member of the Order of Australia in 2007 for his “service to the community by improving the living conditions and, consequently, the health of Indigenous communities through the design, development and improvement of housing and the surrounding living environment and working with, and creating employment for, local Indigenous people.” He was also a Life Fellow of the Australian Institute of Architects. Throughout his career, he won many awards, including the World Habitat Award from the UN Habitat and Building and Social Housing Foundation in 2011; the Institute’s Leadership in Sustainability Prize in 2011; the Special Jury Prize from the 2008 National Architecture Awards Jury for architectural contribution to Indigenous housing over 25 years; and the Royal Australian Institute of Architects’ President’s Award in 1994 for the publication of Housing for Health: Towards an improved living environment for Aboriginal Australians. In 2012, Healthabitat was one of six participants in Australia’s exhibition, Formations, at the Venice Architecture Biennale. 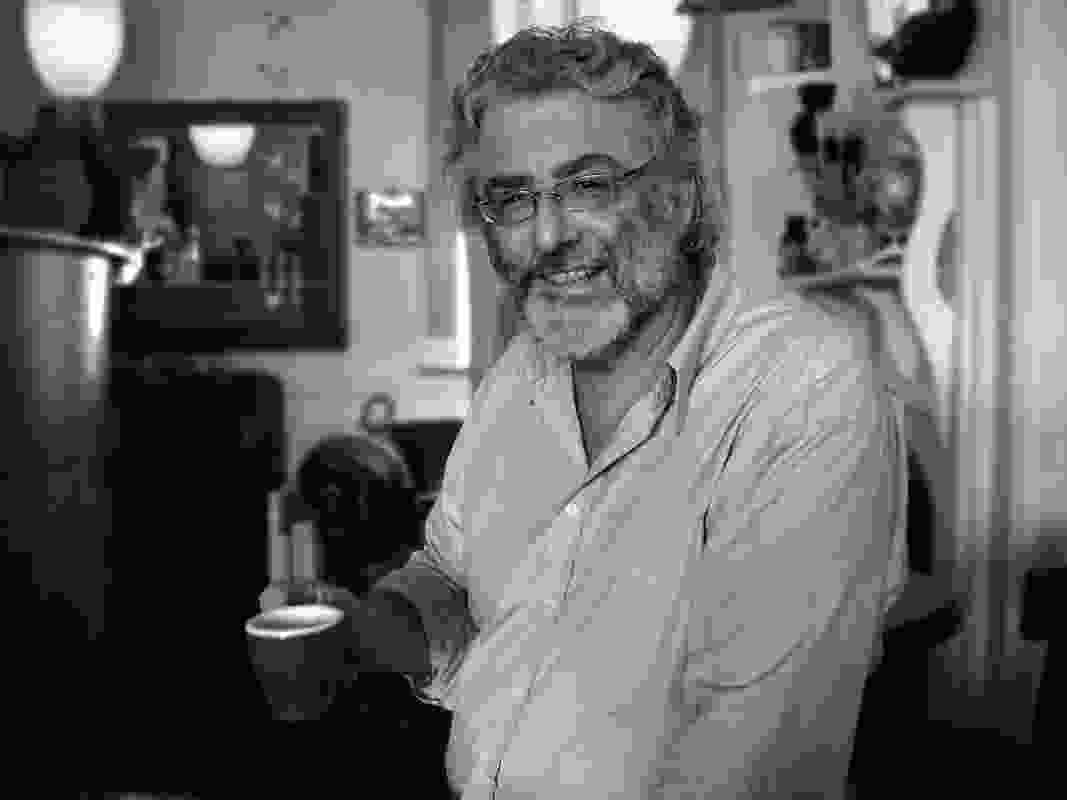 Image: Making a World of Difference by Miles Roston, published by Exisle Publishing