‘Vertical cruise ships’? Here’s how we can remake housing towers to be safer and better places to live

There is a long international history of vilifying public housing estates. But high density is not the problem, say academics from the University of Melbourne. It is the way such buildings are designed, maintained and funded.

After 3,000 people in nine public housing towers in Melbourne were placed under the harshest coronavirus lockdown in Australia so far, acting Australian Chief Medical Officer Paul Kelly referred to the towers on 5 July as “vertical cruise ships.” The statement was a reference to the danger of contagion in these overcrowded buildings. However, such terms play into a long, international history of vilifying public housing estates.

Legions of social housing towers, such as Pruitt Igoe in St Louis and the Gorbals Public Housing Estate in Glasgow, have been demolished since the early 1970s after being blamed for a wide range of social issues. But high density is not the problem. It is the way such buildings are designed, maintained and funded.

Blaming specific built forms distracts attention from decades of under-investment in social housing. The result has been tightly rationed, poorly insulated, deteriorating and overcrowded housing. Much of it is due for retrofitting or renewal.

In this article we discuss successful, safe and sustainable models of retrofitting social housing blocks.

Most high-rise public housing estates across Melbourne (and indeed internationally) were built during the “golden age” of public housing. This era began after the second world war and lasted until the 1970s. More than 60% of Victoria’s housing stock is over 35 years old. Much of it is in need of retrofit or renewal – it is impossible to ignore this looming requirement.

However, government responses thus far have been to allow the towers to quietly decay or to demolish towers while transferring public land to private ownership with nominal increases in social housing. One in five public housing tenants live in dwellings that do not meet acceptable standards in Australia.

An alternative to demolition

The Architects Journal of the United Kingdom is advocating retrofitting of ageing housing stock because of its many social, economic and environmental benefits. We agree with this in many cases.

The substantial embodied energy in a salvageable building makes its destruction environmentally wasteful. Re-use also reduces the social displacement that occurs with demolition. And when the full cost of demolition is calculated, Anne Power and others have shown retrofits are cost-effective.

The Grenfell Tower tragedy in 2017 put a spotlight on retrofit strategies. It exposed some of the broader tensions regarding repair and maintenance versus merely over-cladding to meet environmental targets or remove “eyesores” and aid neighbourhood gentrification.

The project added deep winter gardens and open air balconies to the façade of each dwelling. Expansive glass sliding doors open from the apartments to the balconies.

Prefabrication of balcony modules enabled residents to stay in their apartments throughout construction. This approach avoided the large-scale displacement often associated with social housing renewal. The modules were crane-lifted into place, forming a free-standing structure in front of the housing block.

DeFlat Kleiburg by NL Architects and XVW Architectuur won the Mies van der Rohe Award in 2017. This project is a retrofit of one of the largest housing blocks in the Netherlands, which was at risk of demolition.

The architects oversaw the refurbishment of the structure and communal areas. The project left an empty affordable shell for buyers to customise as they wished.

In the United Kingdom, Sheffield City Council is undertaking a part-privatisation scheme with developer Urban Splash of the contentious Park Hill Estate. The late-1950s social housing blocks are being gutted to their concrete shells and new apartments developed within.

The project involves a significant change in tenure to a mix of one-third social to two-thirds private.

Public housing estates are part of a system

The above examples reflect architectural approaches to preserving brutalist architecture. However, architecture is just one part of any social housing response. In Australia, any retrofit or redevelopment should aim to retain or increase the amount of social housing, given the huge shortfall.

Vienna, Austria, has one of the most successful social housing systems in the world. Over 60% of the city’s population live in social housing and have strong tenancy rights. Robust funding mechanisms supply and maintain access to affordable and high-quality housing.

The government funds about a quarter to a third of all housing in Vienna each year – up to 15,000 apartments a year. Most subsidies are in the form of repayable, long-term, low-interest loans to build new housing. The decade-long operation of the system means repaid loans can be used to finance new construction, decreasing the budgetary burden.

A developer competition process was introduced in the 1990s to judge social housing bids. This means developers vie with each other to offer high-quality, energy-efficient homes.

For social housing to work, it must provide enough stock to meet housing needs. It must also receive enough funding to manage and maintain the housing.

‘Vertical cruise ships’? Here’s how we can remake housing towers to be safer and better places to live 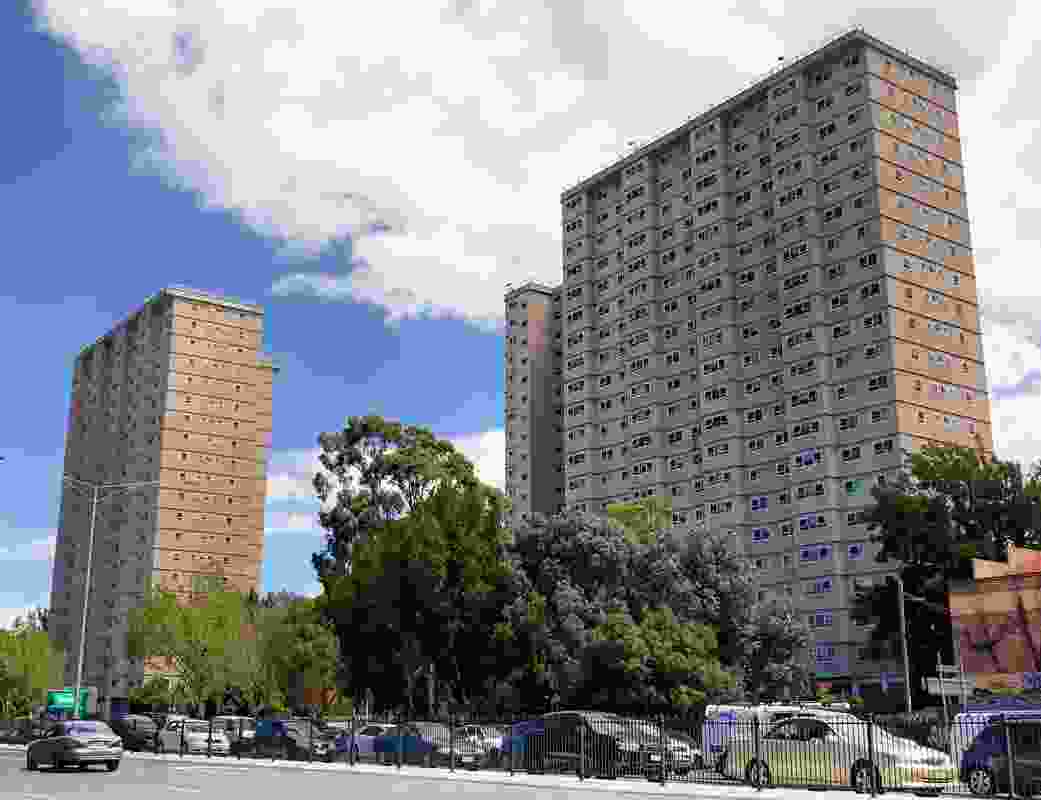