Successive Victorian governments that have sold off public land to the private sector have wasted the opportunity to build public housing and address the state’s housing crisis, according to a study by urban researchers.

The RMIT University study found that between 2000 and 2018, 578 hectares of Victorian public land parcels had been sold, which included enough suitable land for 12,000 public housing units.

A record 100,000 people are stuck on Victoria’s public housing waiting list, and project researcher Liam Davies says more are expected to join the list as the impact of COVID-19 reverberates through the economy.

“This pandemic has exposed what we have always known – that our housing system is leaving too many people behind,” he said.

“Land price is a substantial component of housing, therefore the most cost-effective way to provide public housing is to build on government-owned land. But in Victoria, successive governments over the past 20 years have been systematically selling public land.”

Theses figures come from the preliminary findings of a paper examining the sale of government land by Professor Libby Porter, Roland Postma and Liam Davies, to be released at the end of 2020.

The authors note that the government is currently preparing to sell a swathe of land across Melbourne, and in other urban centres such as Ballarat, Bendigo and Geelong. Davies said that nearly 24 hectares of land earmarked for sale in metropolitan Melbourne is suitable for residential development, including in areas with access to public transport, open green spaces and schools such as the municipalities of Hobson’s Bay, Port Phillip, Wyndam and the City of Melbourne council.

“At least 400 suburban houses could be built on these sites,” he said. “Using this land for public housing could have been enough to take nearly 25,000 people off the waiting list.”

The state budget of 2019/20 included $209 million to build 1,000 new public hosuing units over three years in Geelong and Ballarat, as well as in the Darebin, Maribyrnong, Stonnington and Whitehorse council areas in Melbourne.

Davies also said building more public housing could help prop up the construction sector and boost the ailing economy, echoing arguments made by other experts.

The government has indicated that the construction sector will be at the centrepiece of the economic rebuild, establish a taskforce to oversee the industry. One of its responsibilities is to provide advice to government on stimulus measures including boosting social housing. The government has so far not announced any new public housing spending.

“The Victorian Government is in the unique position of being able to support the construction sector and deliver the public housing this state desperately needs,” Davies said.

“If they are serious about a construction and infrastructure-led recovery, then now is the time to finally realize that housing is essential infrastructure.” 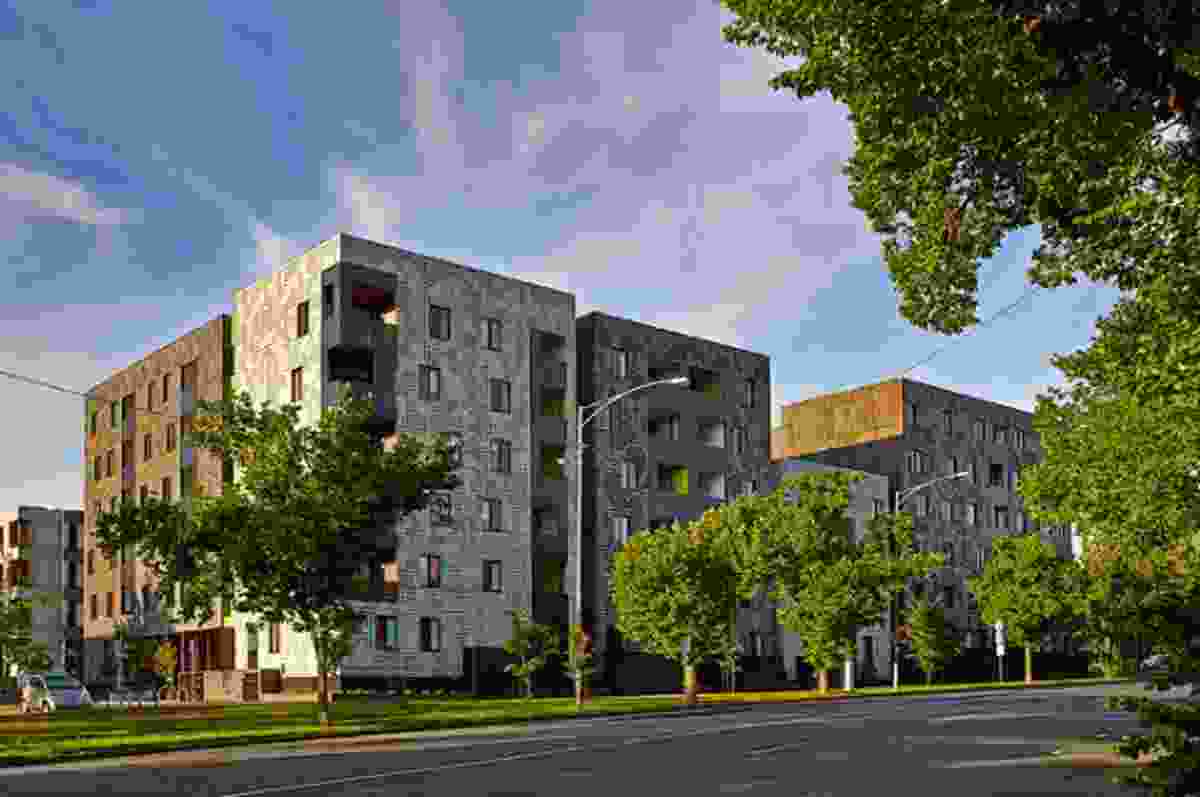