The National Trust of Australia (Victoria) has launched the inaugural Victorian Tree of the Year contest.

Nine Victorian trees have been shortlisted and will be put to a public vote. The trees are drawn from the National Trust’s Australian Register of Significant Trees, which has 20,000 trees in 1,200 locations across the state.

The National Trust defines significance by a number of criteria including horticultural or genetic value, outstanding size, aesthetic significance or curious growth forms.

The contest has been inspired by the European Tree of the Year award, which, in 2015, attracted 17,000 votes in the UK alone.

The National Trust hopes the competition will raise awareness of the importance of conserving Victoria’s natural heritage. “This contest is a chance to have some fun while further strengthening people’s connections with significant trees, and promoting the benefits that these majestic natural assets bring to our lives,” said Anna Foley, Acting Advocacy and Conservation Manager, National Trust of Australia (Victoria).

Trees are held dear in people’s hearts, especially in urban areas. A City of Melbourne initiative to assign email address to trees, in order to allow the public to report potential problems, unintentionally resulted in a flood of love letters from all over the world. One admirer wrote to a Victorian Tree of Year finalist, a Golden Elm on Punt Road, “I used to think you were the Magic Faraway tree when I was a child.”

Trees in urban areas are under increasing threat from development. In Sydney, hundreds of trees, including ones more than a century old, are facing the chainsaw to make way for the proposed light rail, prompting vocal protests. And in Melbourne, the proposed Metro Tunnel station at Domain Interchange is threatening the survival of a historic oak tree that can trace its origins to the royal abode Windsor castle in the UK. The tree was planted in 1936 and has been valued at $98,000.

Local residents in inner-city Parkville in Melbourne were reportedly “furious” at plans to cut down a 94-year-old National Trust-registered lemon-scented gum, which stands in the way of plans to widen the CityLink Freeway. The tree was described as a floral gateway to the city by Greg Moore, chair of the trust’s Victorian register of significant trees expert committee. The National Trust has set up a petition to stop the tree from being felled.

This has also been recognized at the federal level of government. Earlier this year, federal environment minister Greg Hunt announced the government would set goals for increasing the tree canopy coverage in cities. “Green cities — cities with high levels of trees, foliage and green spaces — provide enormous benefits to their residents,” Hunt said. “Increasing urban canopy coverage decreases heat, which improves health and quality of life.”

In 2015, a University of Chicago study of the urban centre of Toronto, Canada found that “having 10 more trees in a city block, on average, improves health perception in ways comparable to an increase in annual personal income of $10,000 and moving to a neighborhood with $10,000 higher median income or being 7 years younger,” said the authors.

Voting for the National Trust’s Victorian Tree of Year will take place through the trust’s Facebook page where the public are invited to click “Like” on a picture of their favourite tree to cast their ballot. The winner will be announced on National Tree Day, 31 July 2016.

Golden Elm, Punt Road & Alexandra Avenue, South Yarra. The tree received the most number of love letters in the City of Melbourne initiative that assigned email addresses to trees.

Snow Gum, Summit Track, Mount Stirling. The tree is in excess of 500 years old and is the only tree on the Mount Stirling summit.

Lemon-scented Gums, Swanston Street roundabout, Carlton. The trees may have been planted on the instruction of Walter Burley Griffin after the completion of Newman College at the University of Melbourne.

Mountain Ash at Kalatha Creek, Toolangi. Dubbed the “Kalatha Giant,” the tree is thought to be at least 400 years old and bears an old scar at its heavily buttressed base.

Moreton Bay Fig, Werribee Park. A favourite climbing tree of Victorian children, the tree is a prominent landmark in the historic gardens of the Werribee Park Mansion.

Japanese Maple, The Crescent, Sassafras. The tree is thought to have been planted on a private residential property in Sassafras when the house was built in the mid-1930s. Its autumnal colours make it a photogenic attraction to tourists.

Queensland Kauri, Burnley Gardens, Richmond. This tree can bee seen along the Yarra Boulevard and towers over the University of Melbourne’s Burnley campus.

Blue Atlas Cedar, Wombat Hill Botanic Garden, Daylesford. Hailing from the alpine slopes of the Atlas Mountains in Morocco, this tree is now a fixture of the landscape and looks right at home when dusted in snow.

For more on trees and green infrastructure, see: 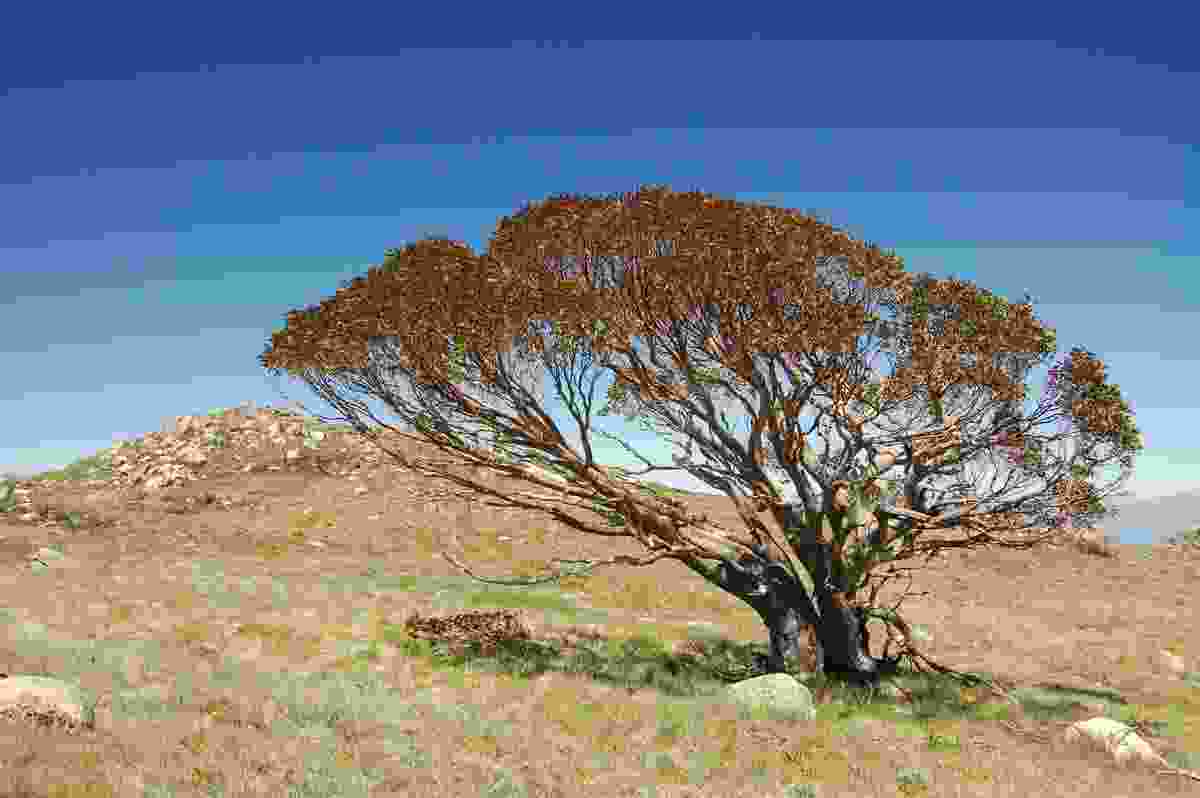 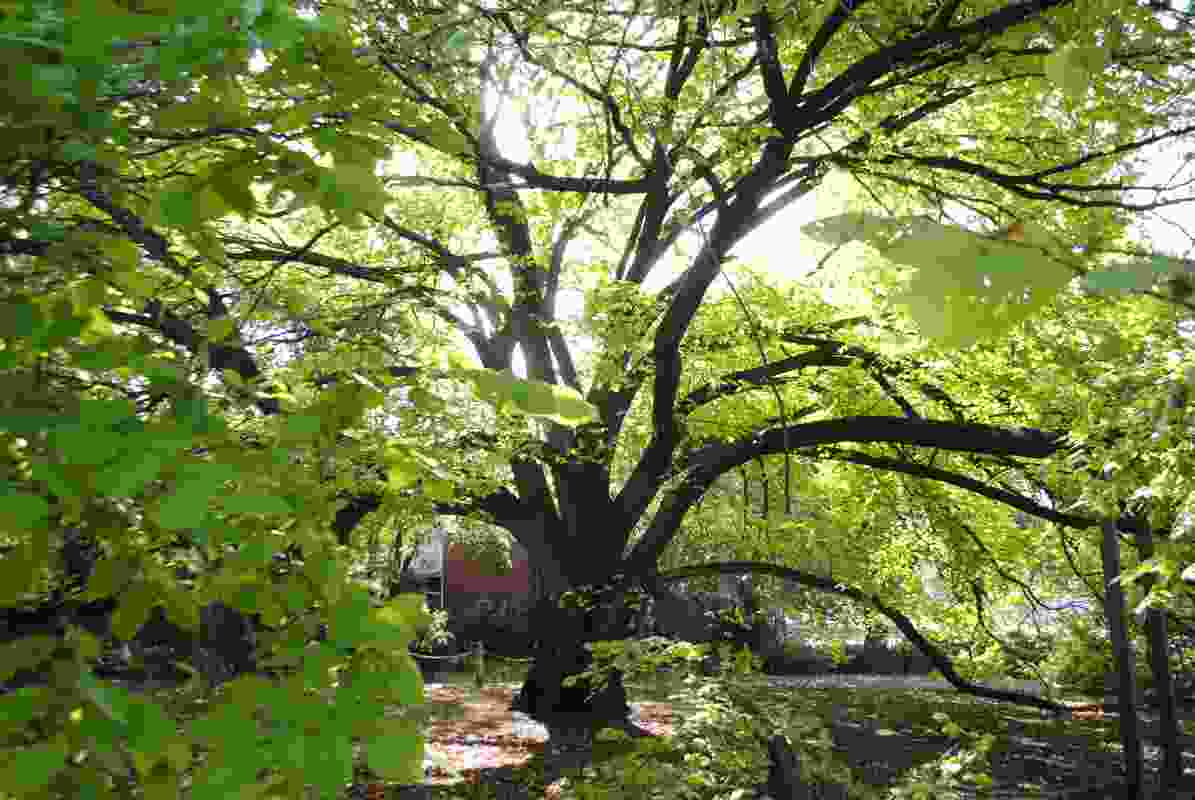 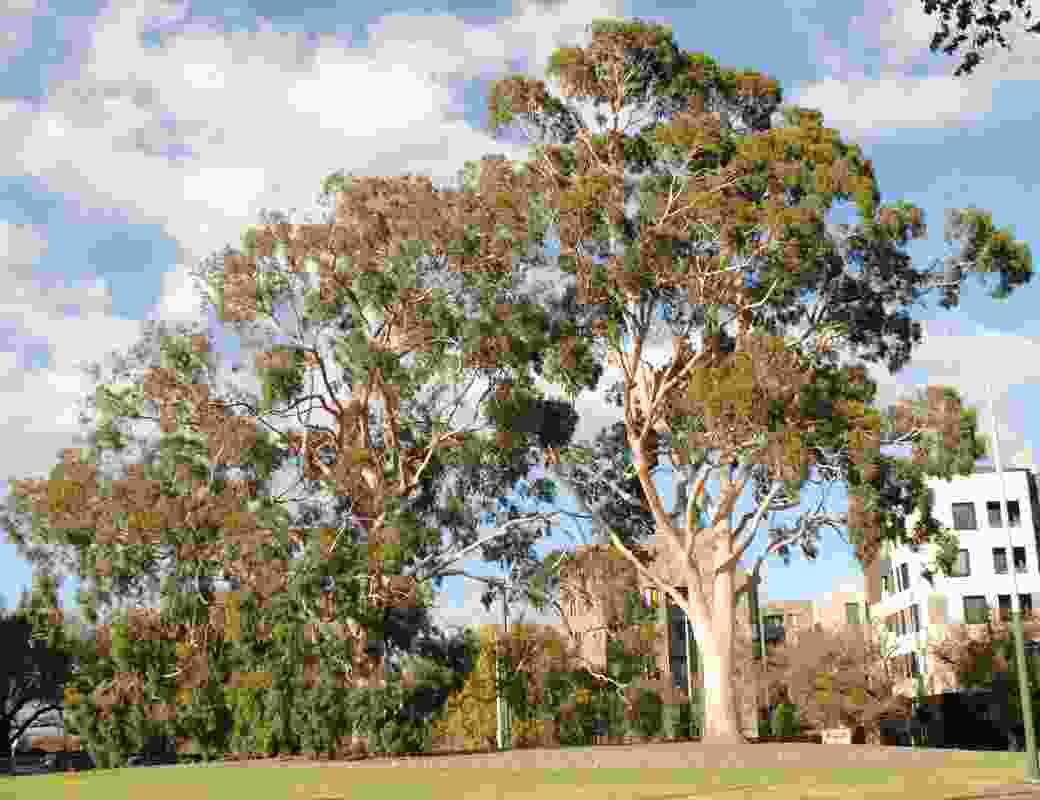 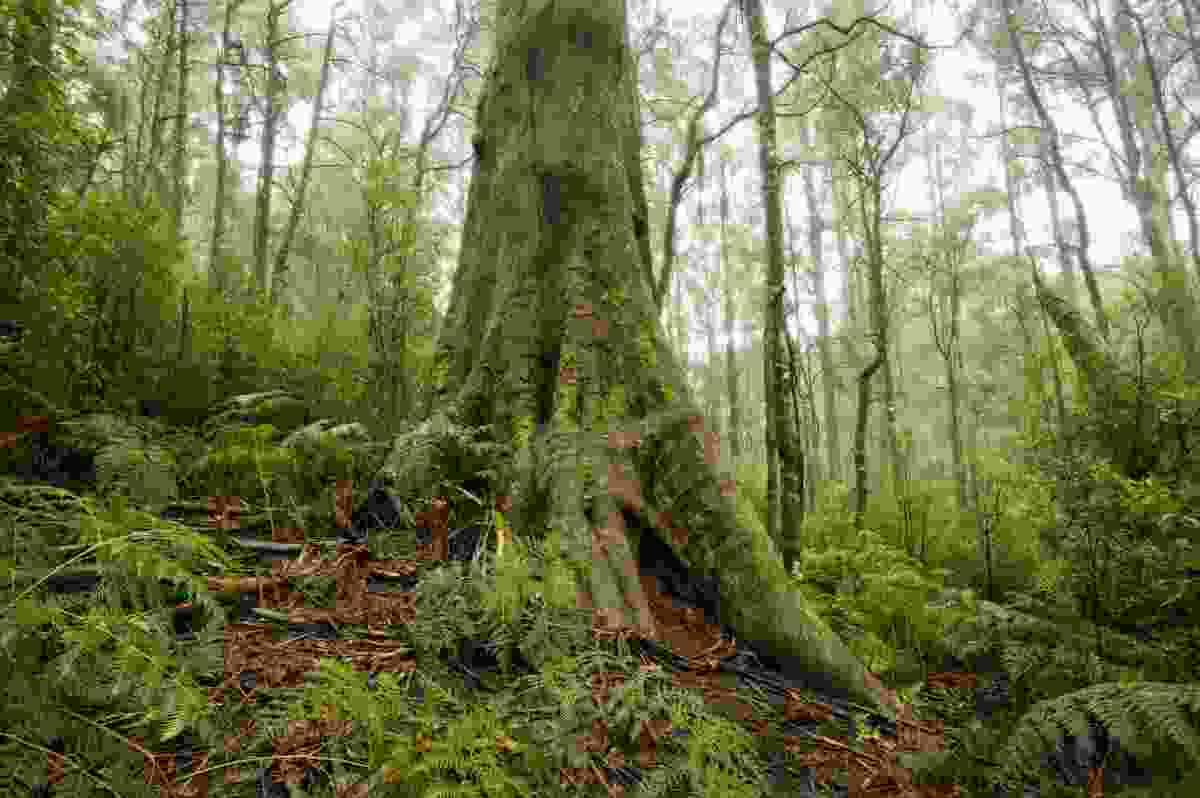 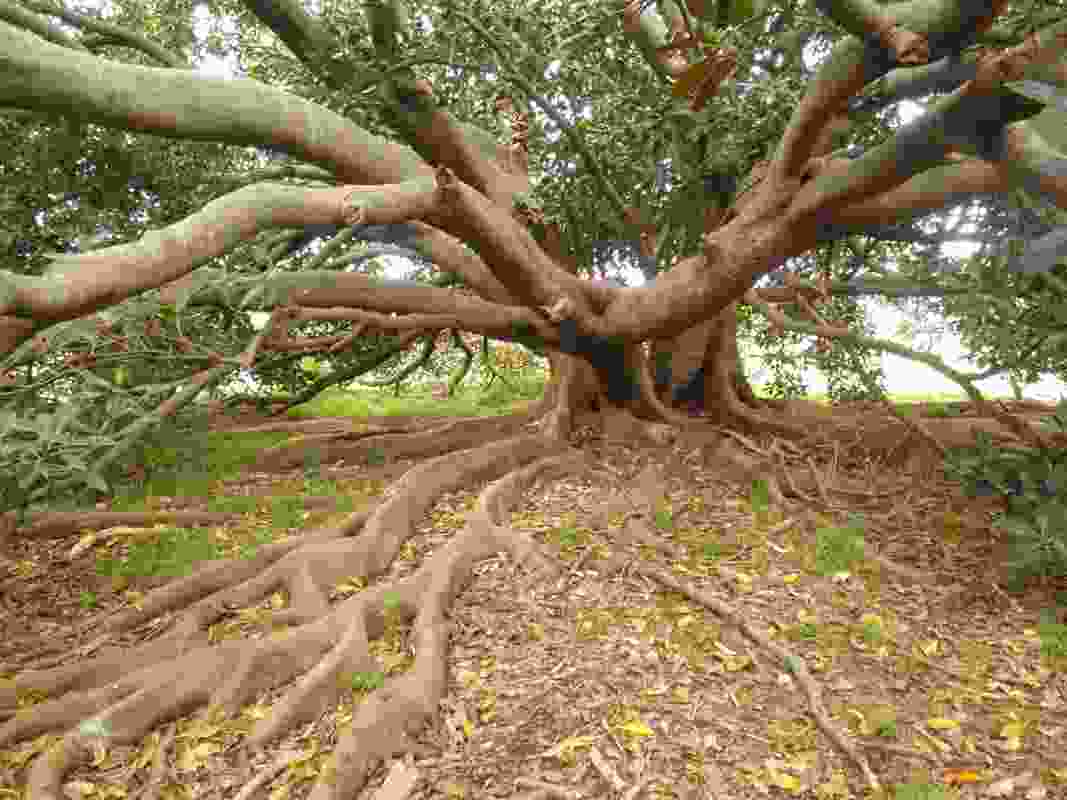 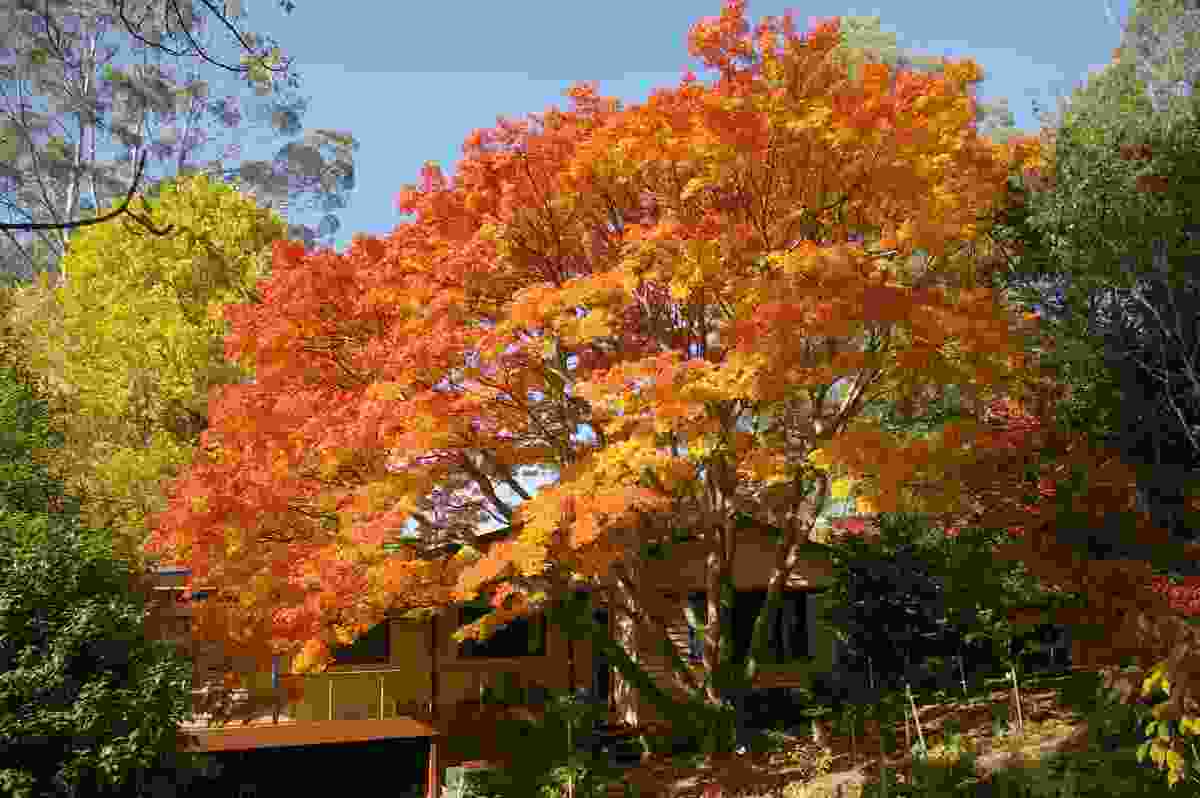 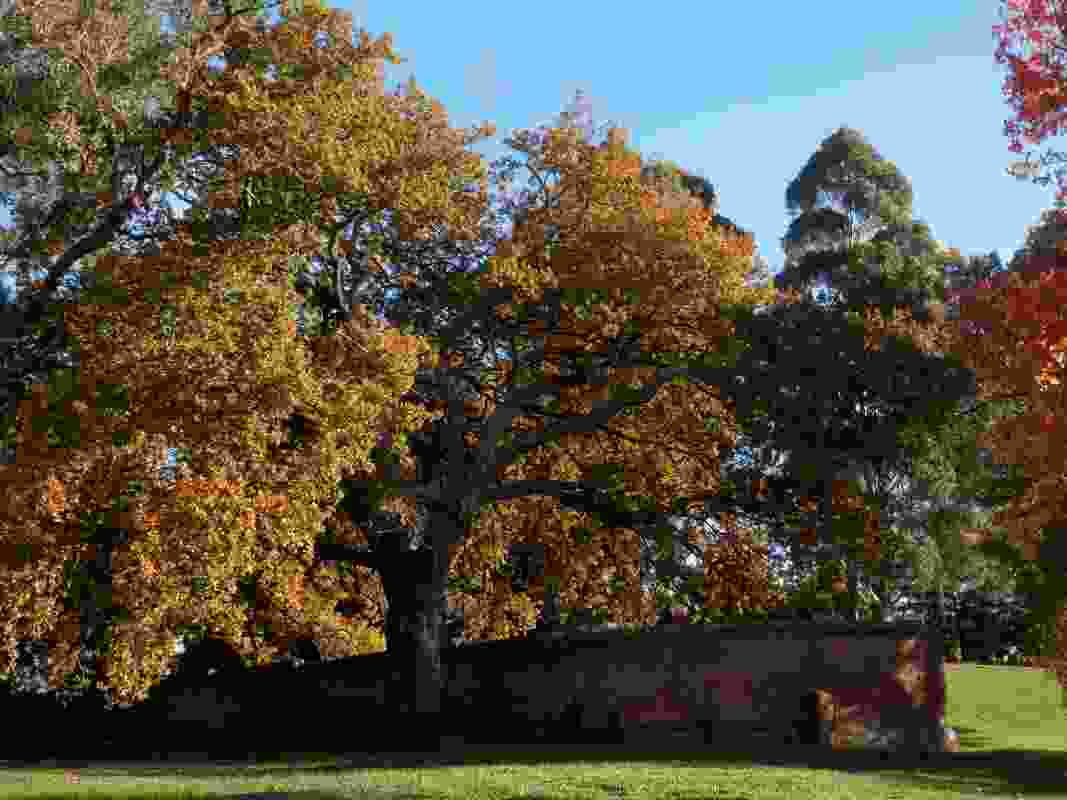 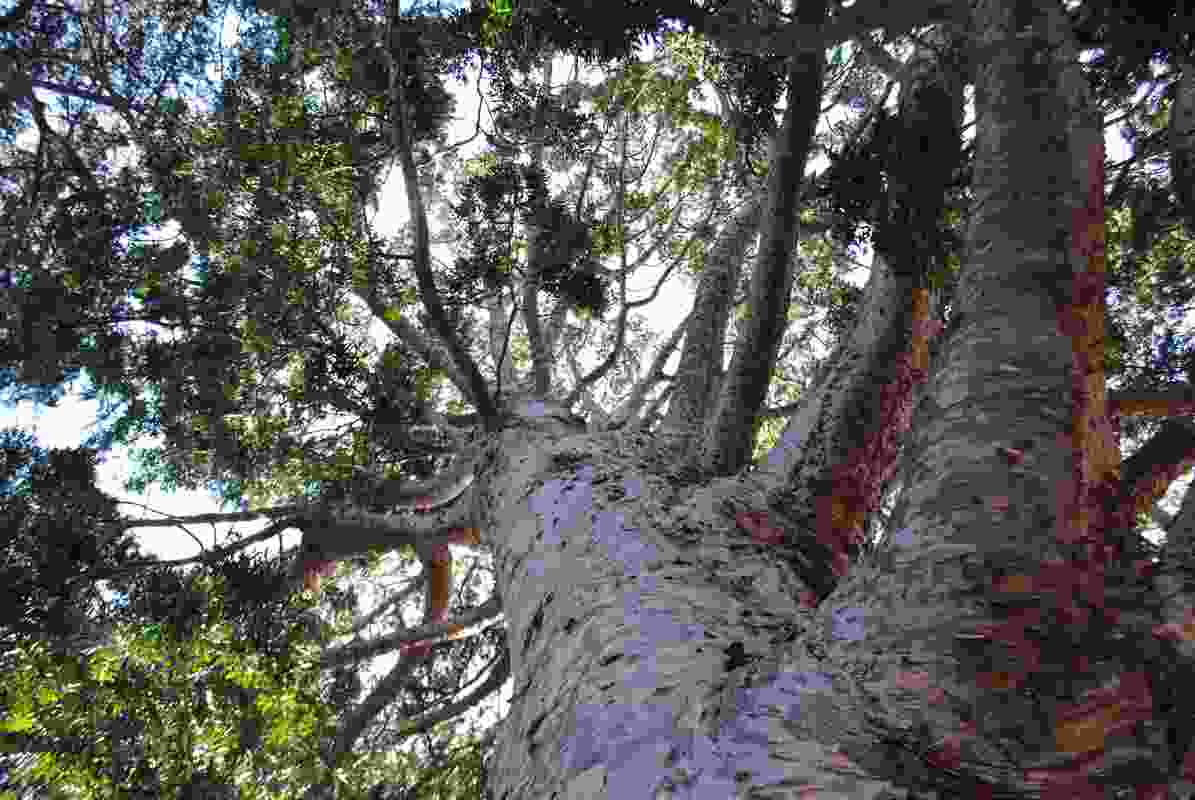 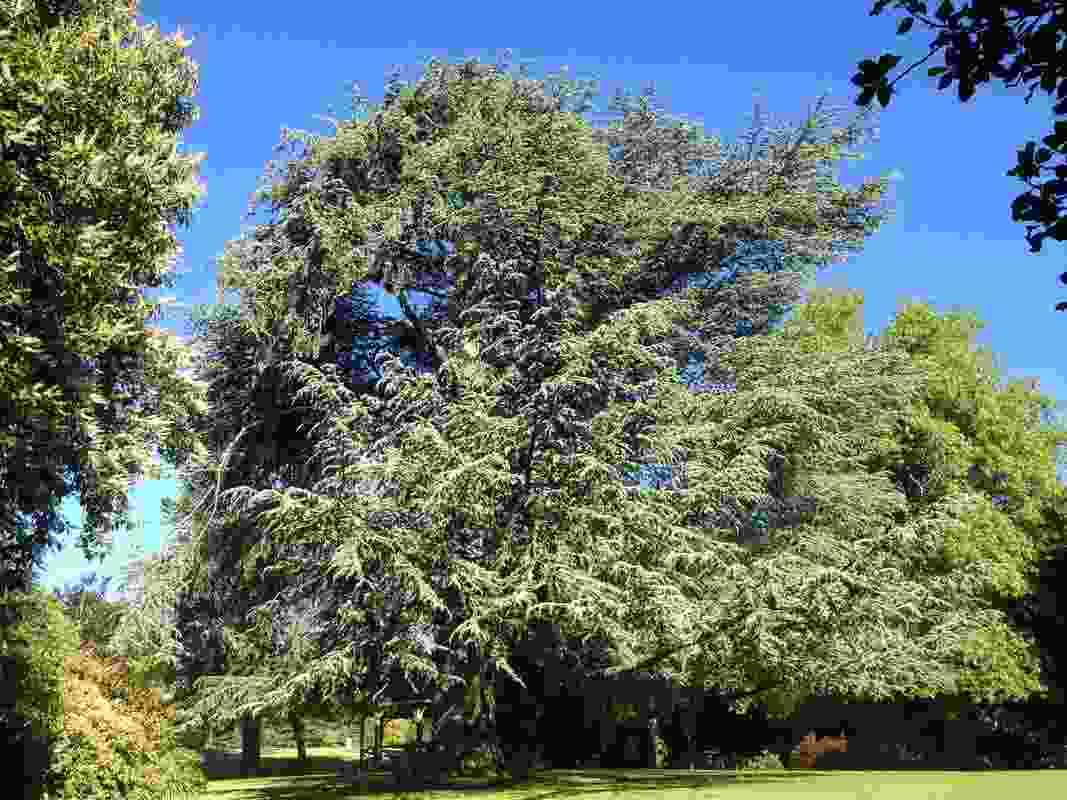