A major exhibition on Vienna circa 1900, held at the National Gallery of Victoria, showed a diversity of artists, media and approaches to creating a “modern style,” providing a rich understanding of this time and place.

The National Gallery of Victoria collects applied design to a far greater extent than any other Australian gallery. An exploration of the union of fine and applied arts in Secessionist Vienna is therefore an ideal focus for this Melbourne Winter Masterpieces exhibition, which celebrates the one-hundred-and-fiftieth anniversary of the gallery.

Early twentieth-century Vienna was a city bursting with creativity in many fields. Artistically, it was an incubator for twentieth-century modernism. As Christian Witt-Dörring explains in his excellent catalogue essays, lively theoretical debates underpinned the drive to articulate the modern.

The architect Adolf Loos represented one extreme, radically insisting that “the evolution of culture is synonymous with the removal of ornament from objects of daily use.” He dismissed the idea of a “modern style” as in itself an anti-modern idea, believing that style should not be limited to a particular epoch and that architecture and interior design should be enriched through materials rather than applied decoration. The sideboard panelling and long-case clock he designed for the Langer apartment (1902) demonstrates the uncompromising simplicity of his approach.

In contrast, the furniture of architect Josef Hoffmann, designed for the Gallia apartment (1912–13), reflects the Secessionist desire to achieve a Gesamtkunstwerk, or total work of art. In striving towards aesthetic unification, the architect assumes responsibility not only for the building design, but for the entire interior, including furniture, decorative utensils and even, occasionally, as Loos mocked, the inhabitants’ dress.

Otto Wagner is a key figure lying between, on the one hand, Loos’s rejection of historicism and the Gesamtkunstwerk and, on the other, the Secessionist belief in the supremacy of the artist’s individual creative product. Wagner was the “father” of modernism in Vienna, influential as a teacher, urban planner and architect. In Modern Architecture (1896) he advocated that artistic form should come into being only at the end of the design process, emerging from the needs of function, construction and material.

A striking exhibit demonstrating Wagner’s functionalist approach is a replica of the Die Zeit newspaper telegraph office facade. It fully embraces the aesthetics of the new material, aluminium, in combination with glass. Modernity is also expressed by fixing the streamlined new building facade to the old, rather than replacing it. This emphasizes the transparency of the light applied “dressing,” symbolic of the accessibility of modern communications.

Furniture is a key component of the exhibition. Wagner’s rosewood and mother-of-pearl chair for Dr Karl Lueger (1904), with metal sabots like witty serifs, demonstrates how a pared-down functional design can be made luxurious through the use of ornate materials.

Wagner’s pupil Koloman Moser designed functionalist chairs, such as his high-backed elm and wicker chair (1901), that recall the British Arts and Crafts movement in their clarity of construction and use of economical materials. Unlike William Morris and his British contemporaries in the 1860s, this Viennese generation aimed to join the designer and industry in mass production. The establishment of the Wiener Werkstätte in 1903 was highly successful; the delightful display of silverware produced by the workshop is one of several highlights of the exhibition.

The undisputed climax for many will be the major paintings, particularly those of Gustav Klimt and Egon Schiele. Klimt’s arresting painting of his muse Emilie Flöge (1902) is both seductive and a compelling portrait of the modern independent woman. The honest naturalism in the treatment of her face and hands contrasts with the abstract decoration of her costume; it is alluring, colourful and shimmering, like the mosaics of Ravenna beloved by Klimt.

Vienna: Art and Design is a riveting exhibition, that is impressive in scale, organization and curatorship. Such a diversity of artists, media and themes are introduced that using the excellent audio guide available at the exhibition is recommended to enrich understanding. 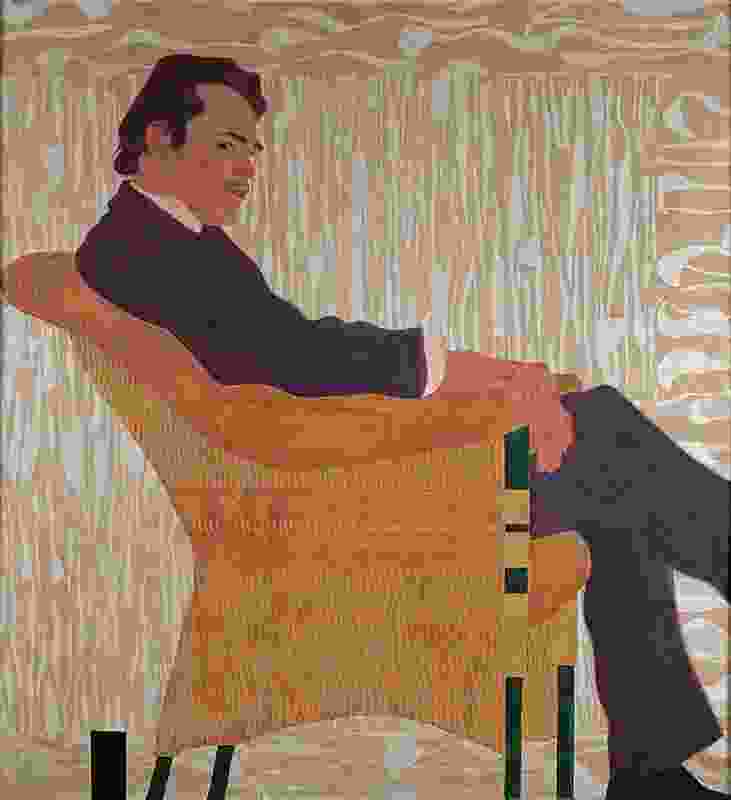 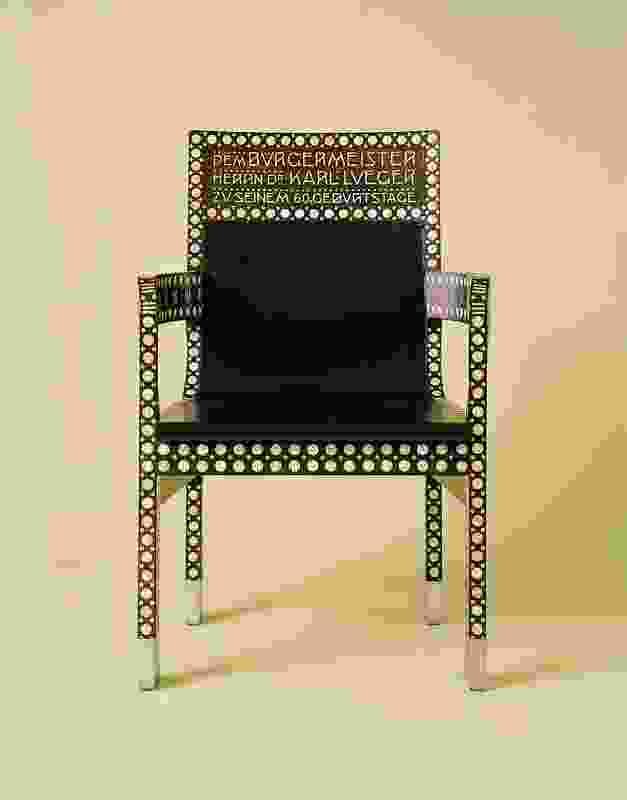 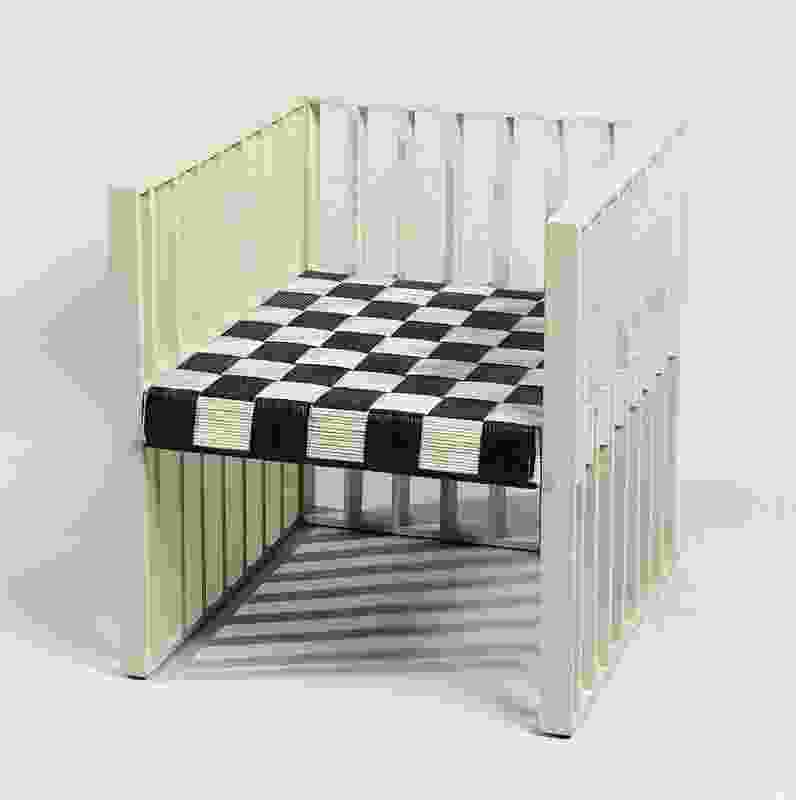 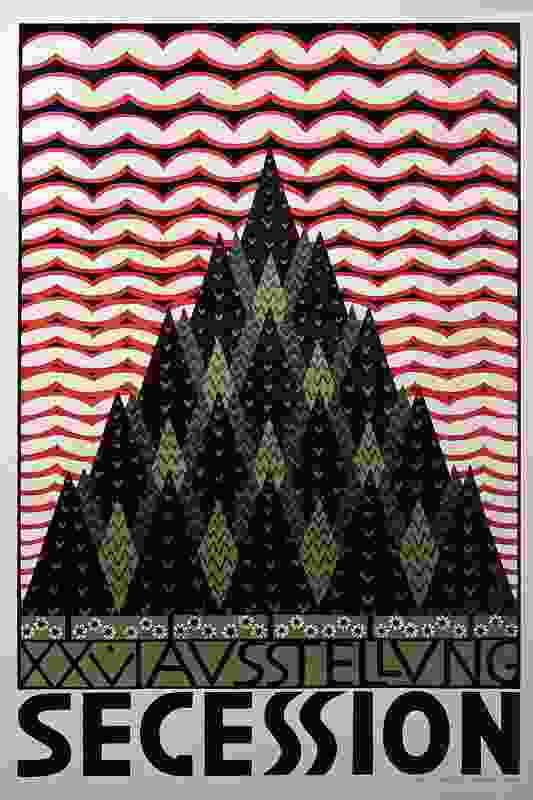 Andri and Berger poster for the twenty-sixth Secession Exhibition, 1906.